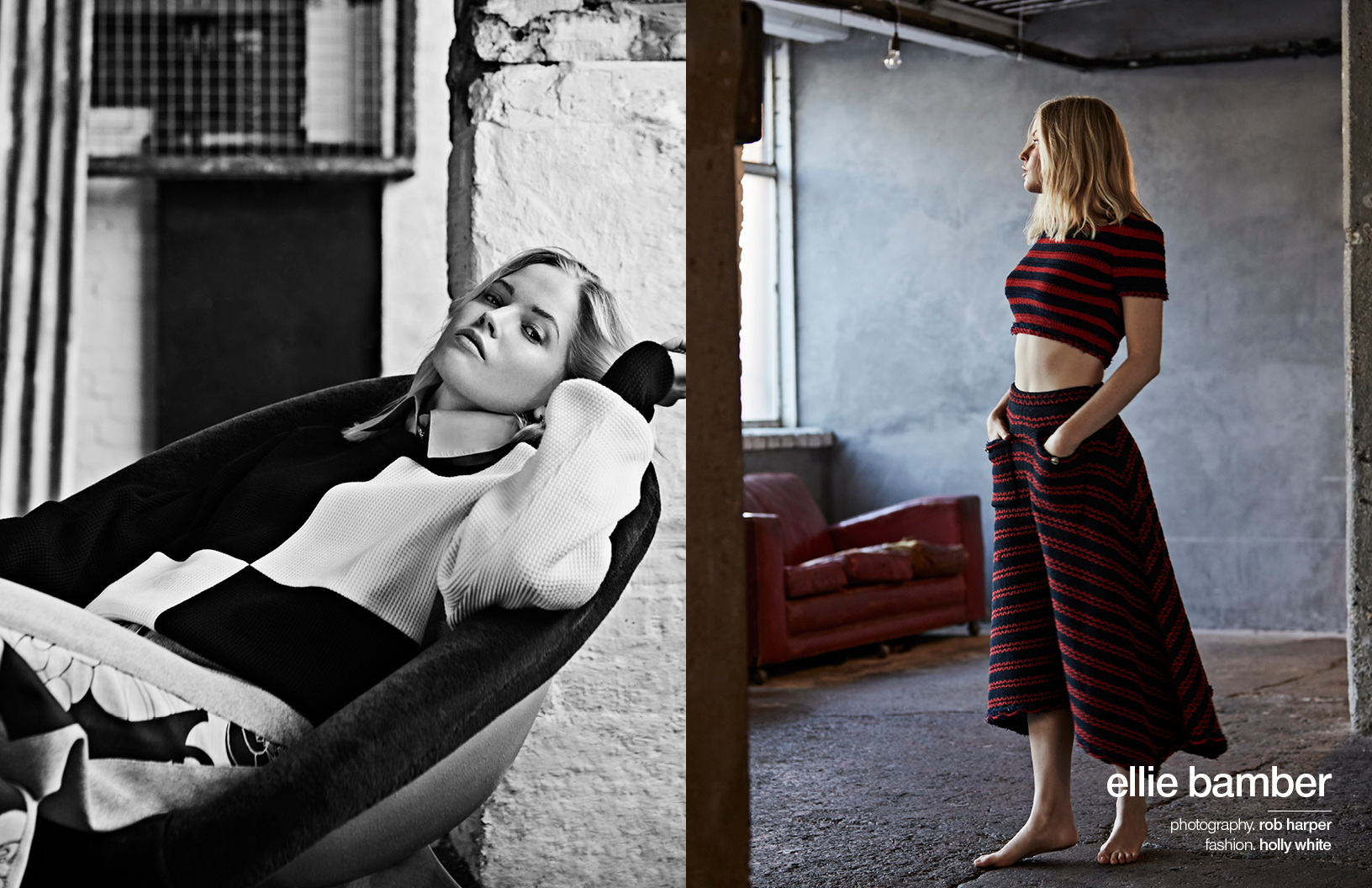 When watching BBC’s crime drama series The Serpent, the comparisons between 23-year-old British actress Ellie Bamber and her character might not seem obvious — but there’s more in common between the two women than one might think. Centred around the true story of 1970s murderer Charles Sobraj, The Serpent explores Sobraj’s grim lifestyle, which included a deep hatred of hippies to the point where he lured them away to exploit, poison, and eventually murder them along with his girlfriend. Bamber plays Dutch diplomat Angela Knippenberg who, along with her husband Herman Knippenberg, played by Billy Howle, heroically tracks and takes down the killers. Like Knippenberg, Bamber has a feverish commitment to her craft, ensuring every step of the process is perfect.

Bamber is drawn to characters who are equal parts complex and uncompromising — characters that shy away from stereotypical tropes and constructs. Her portrayal of Angela Knippenberg is clear proof of that. “She’s an incredibly strong individual — a linguist and who later in her life becomes very high up in the UN,” Bamber details. To prepare for the role, Ellie worked with the real-life Angela to get a better insight into where her mind was at the time. “I spent a lot of time speaking to Angela on the phone, actually, and she was kind enough to send me a lot of pictures that she had from their time in Bangkok. They were something I constantly looked at and referred to.” Throughout the series, viewers are shown how integral Angela was to bringing the killers to justice. “She helps Herman solve the case and tries to temper his self-destructive obsession. She’s one of the only characters within the piece who doesn’t lose her sense of self.” 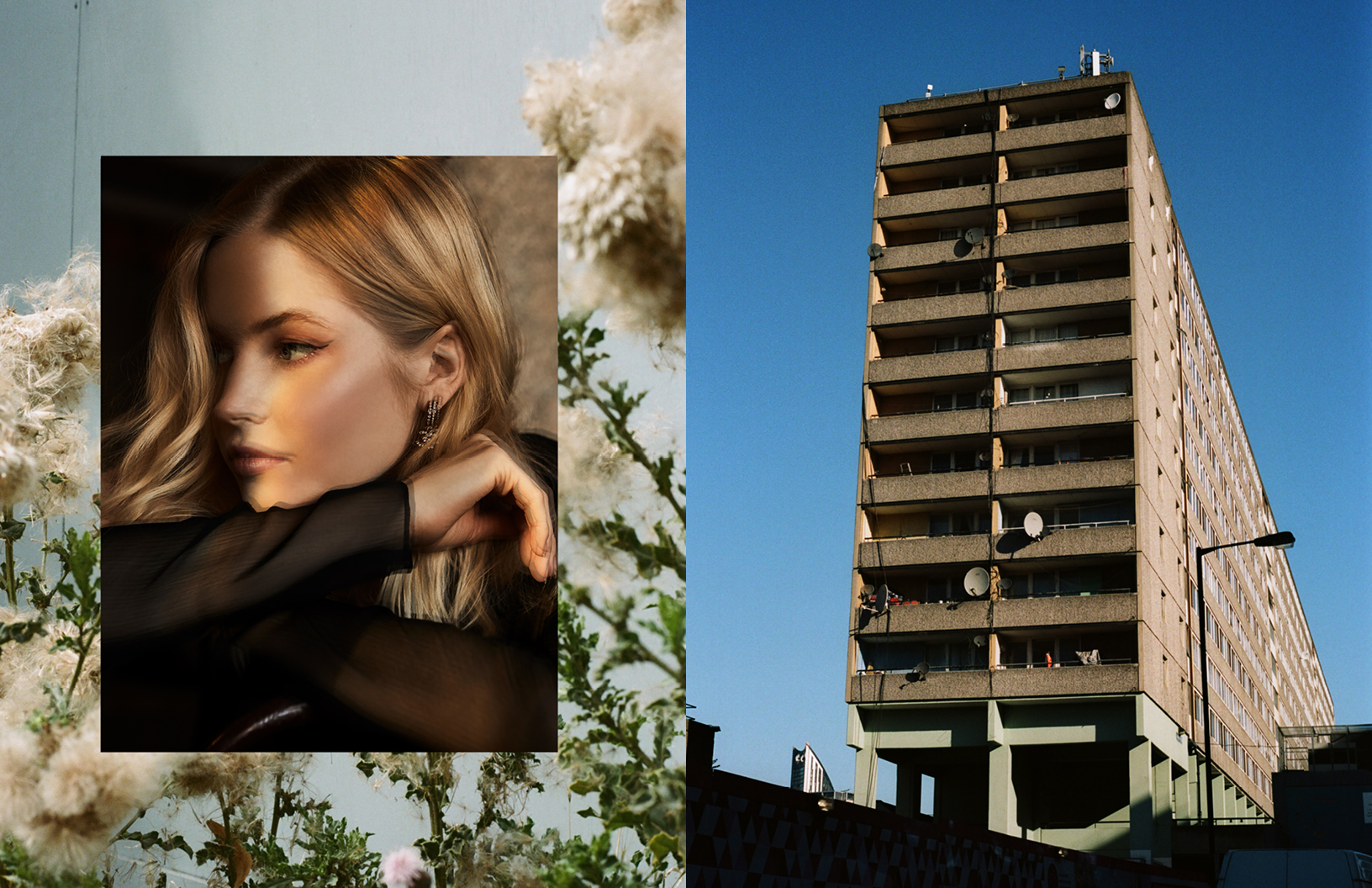 A sense of self is something that, like Knippenberg, Bamber has created, sustained, and refused to compromise on throughout her decade-long career. “I feel I’ve learnt so much from those around me — directors I’ve worked with, actors and every crew member on set. Something that I’ve realised is that I think with every job I learn a new lesson, be that a life lesson or career lesson,” Bamber reflects on her career to date. “Hopefully I’m learning to be stronger in my own decisions — I question myself very easily.”

Whether it’s Knippenberg, Mandy Rice-Davies in The Trial of Christine Keeler or Cosette in Les Misérables, a steadfast thread ties all of Bamber’s characters together. But to paint them all with the same ‘strong female character’ brush does a disservice to both the characters and the complexity with which Bamber portrays them. Selecting roles that can both enact change and shift common narratives is something that has always piqued Bamber’s curiosity. “With period pieces, the distance from the present is very helpful in conveying messages that are relevant today. We can learn lessons from the past, and I’m really interested in that,” she says. “It’s important not to let the cycle continue and instead to promote change, fight for change.” 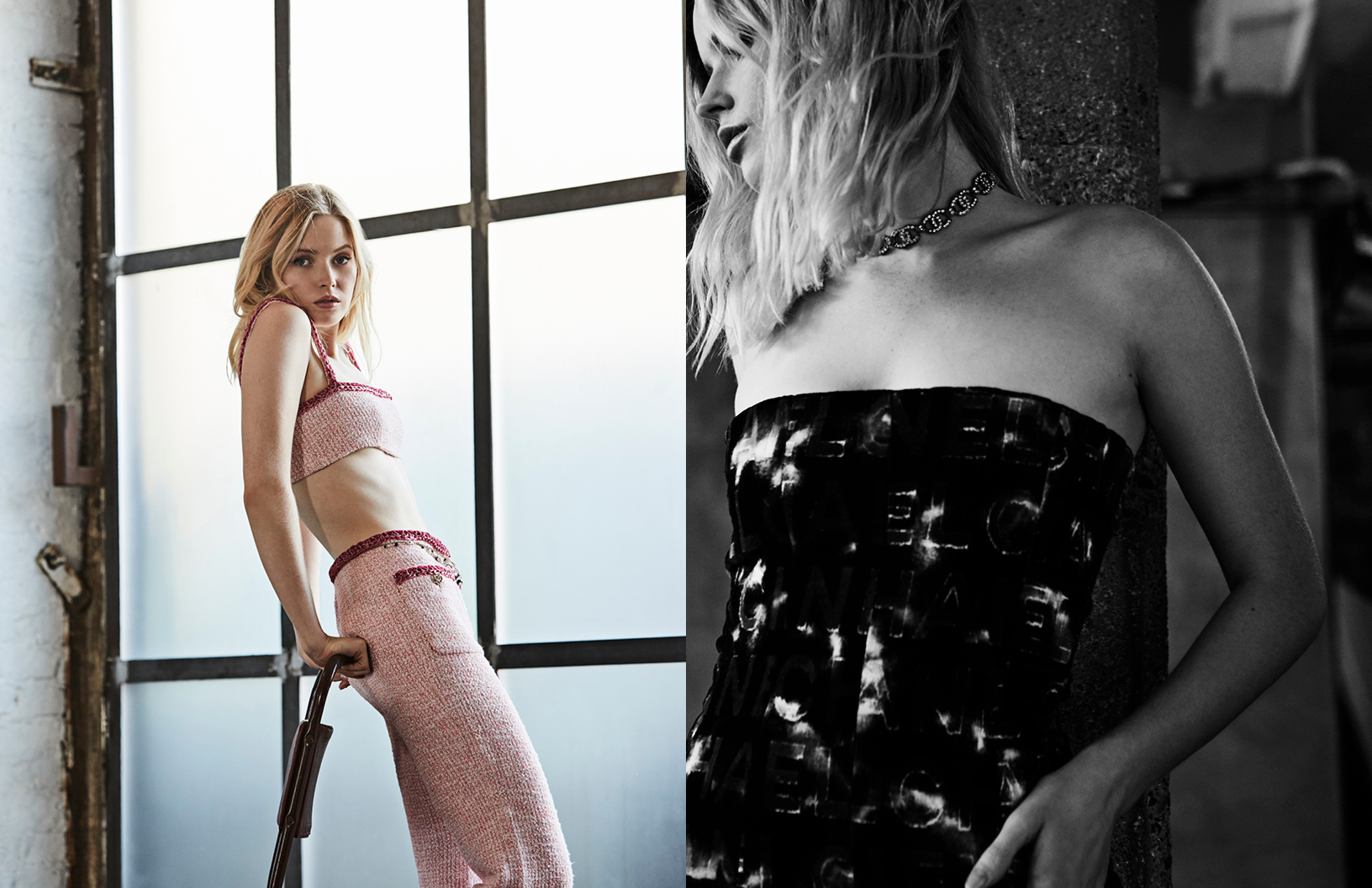 Highlighting cultural and societal issues throughout her professional and personal life is deeply important to Bamber. On-screen, her work in The Trial of Christine Keeler shifts the media-driven sexist narrative of the infamous 1960s affair.  “The Trial of Christine Keeler, like The Serpent, is a true story, so that was something I was extremely curious about.” When prompted about what it was like to carry the weight of responsibility to retell the story accurately, Bamber states, “I felt really honoured. I felt a huge responsibility when portraying Mandy. It was such an important moment in British history, and to have a female team reclaim the story and show it in a different light was empowering. The two women were given a voice, where previously they were shouting over the noise.”

In her personal life, Bamber uses her growing platform to encourage others to actively fight against issues like climate change and racial injustices. “I have a platform and with that a responsibility to use it, to be vocal and talk about things that are important,” she notes. “The protests [in London] were really powerful — I think they made me realise that responsibility to be more vocal, to have those difficult conversations with my family and friends and to continue to educate myself. Things need to change. We all need to confront racial biases and our own privilege; we can’t be silent.” 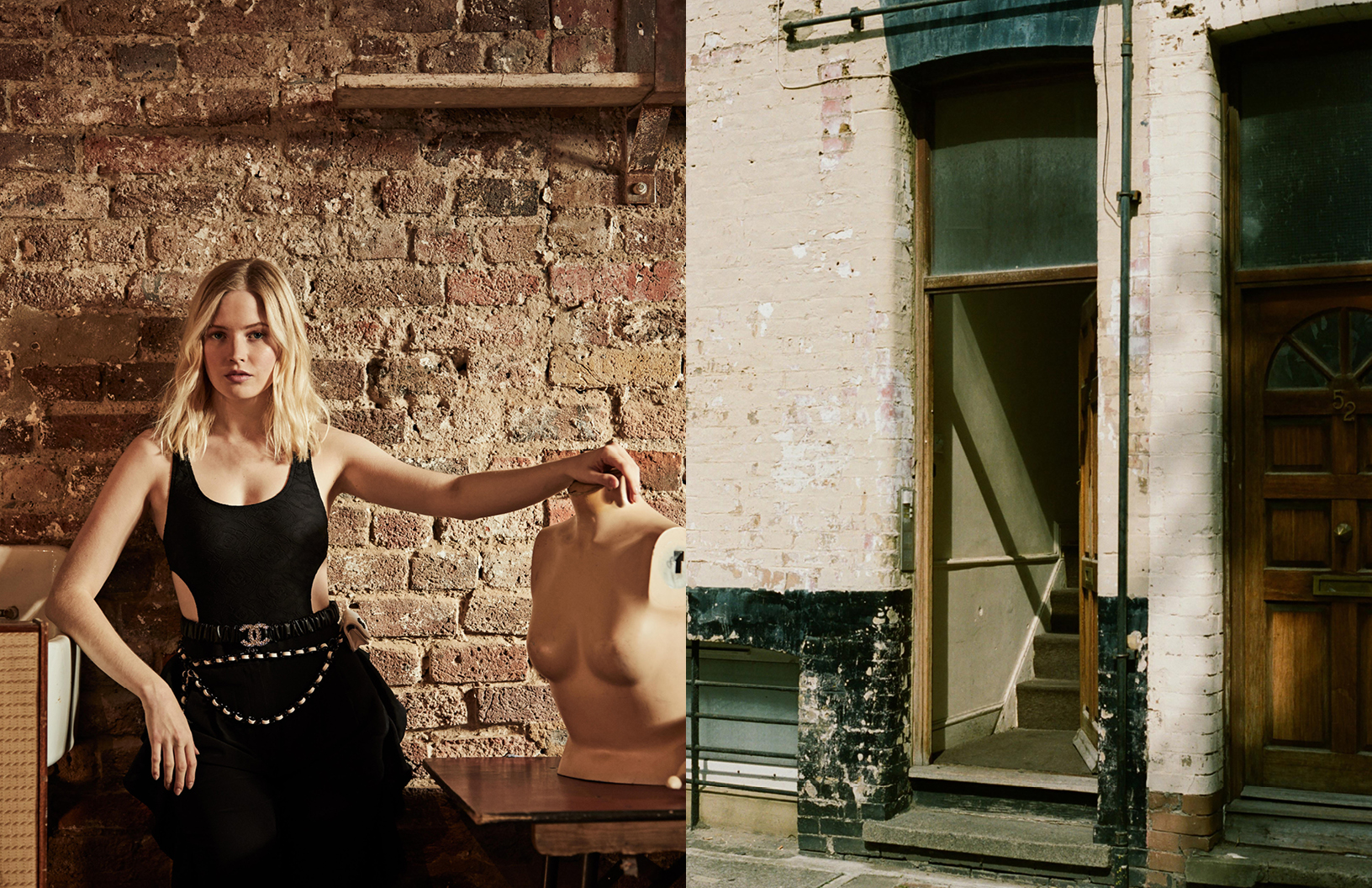 Apart from working and doing her part to fight inequality, Bamber has kept herself busy as a bookworm. “I started reading some Eve Babitz which I really enjoyed; I love how she looks at Hollywood, and her stories are so engaging. I also really loved So Sad Today: Personal Essays by Melissa Broder. As a writer, she’s so unafraid to be totally honest. It made me laugh, cry and everything in between. I also loved My Sister, The Serial Killer by Oyinkan Braithwaite, Exciting Times by Naoise Dolan and I re-read some Joan Didion, who I love.” The one character she’d love to play in a book-to-film adaptation? “Off the top of my head, I’d love to star in My Year of Rest and Relaxation by Ottessa Moshfegh.”

As a way to bring back a sense of normalcy in 2020, Bamber virtually attended shows by CHANEL, for which she is a House ambassador. The pairing is one that has helped create timeless red carpet looks for the actress while also helping her showcase her creative flair. “The partnership really means a lot to me. I have always loved fashion and CHANEL pieces are really like art; they’re so transformative and provoke emotion.” Clothing, much like acting, can embody what one is trying to say or feel without outright saying it, a way to shapeshift and morph into something else. “I still don’t know if you could say I have a particular style. It really changes day to day based on how I’m feeling. I really like to go with a feeling, an instinct,” she says. “I wear CHANEL pieces with old vintage pieces I have; I really like to mix it up. CHANEL have some really statement pieces, but they also have casual classics so it makes it easy to have fun or to just throw something on. I just got this particular CHANEL jacket which is a real array of different colours — it’s a real statement, but I don’t think I’ve ever put it on without a huge smile on my face. I love their statement pieces.” 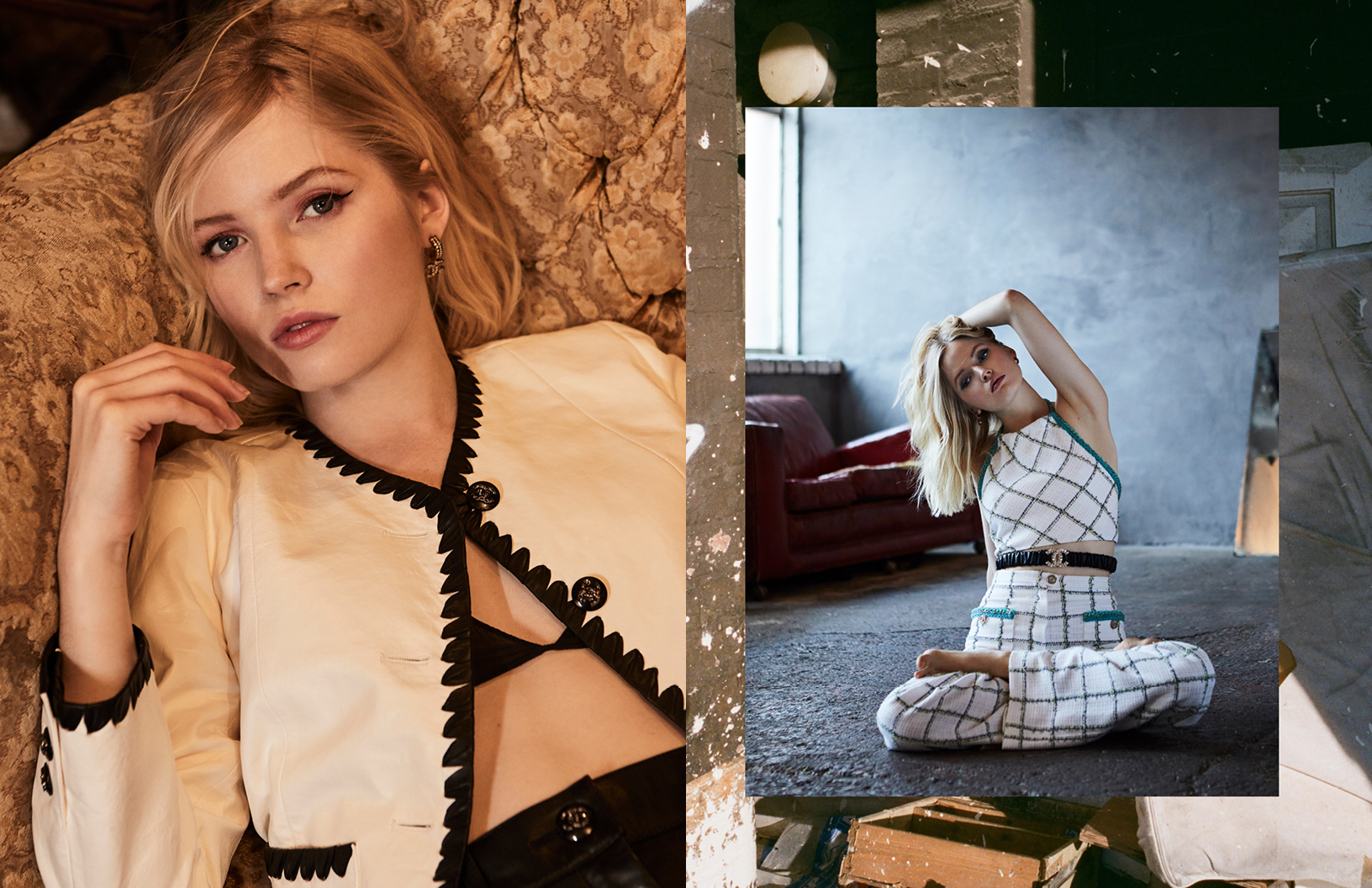 Bamber has a few projects on the horizon — the recently announced Willow series on Disney+, the just-wrapped film Prisoners of Paradise and even more in the works. But for Ellie, it is what she learned over this year of solitude that has given her a better understanding of the importance of balance between work and life. “I’ve realised even more than ever how important friends and family are and how important those conversations throughout the day can be. We’ve all been confronted with the fragility of human life; there’s a time limit, and no one’s sure how close that is, so I’ve also learnt to drink in everything, all the love, all the beauty and all the happiness. At the same time, I hope to give as much as I can.”

When asked what she wants to expect out of this big new year, she states the thing on everyone’s minds: “I hope to give, to love and maybe even, dance? I mean, hopefully, right?” 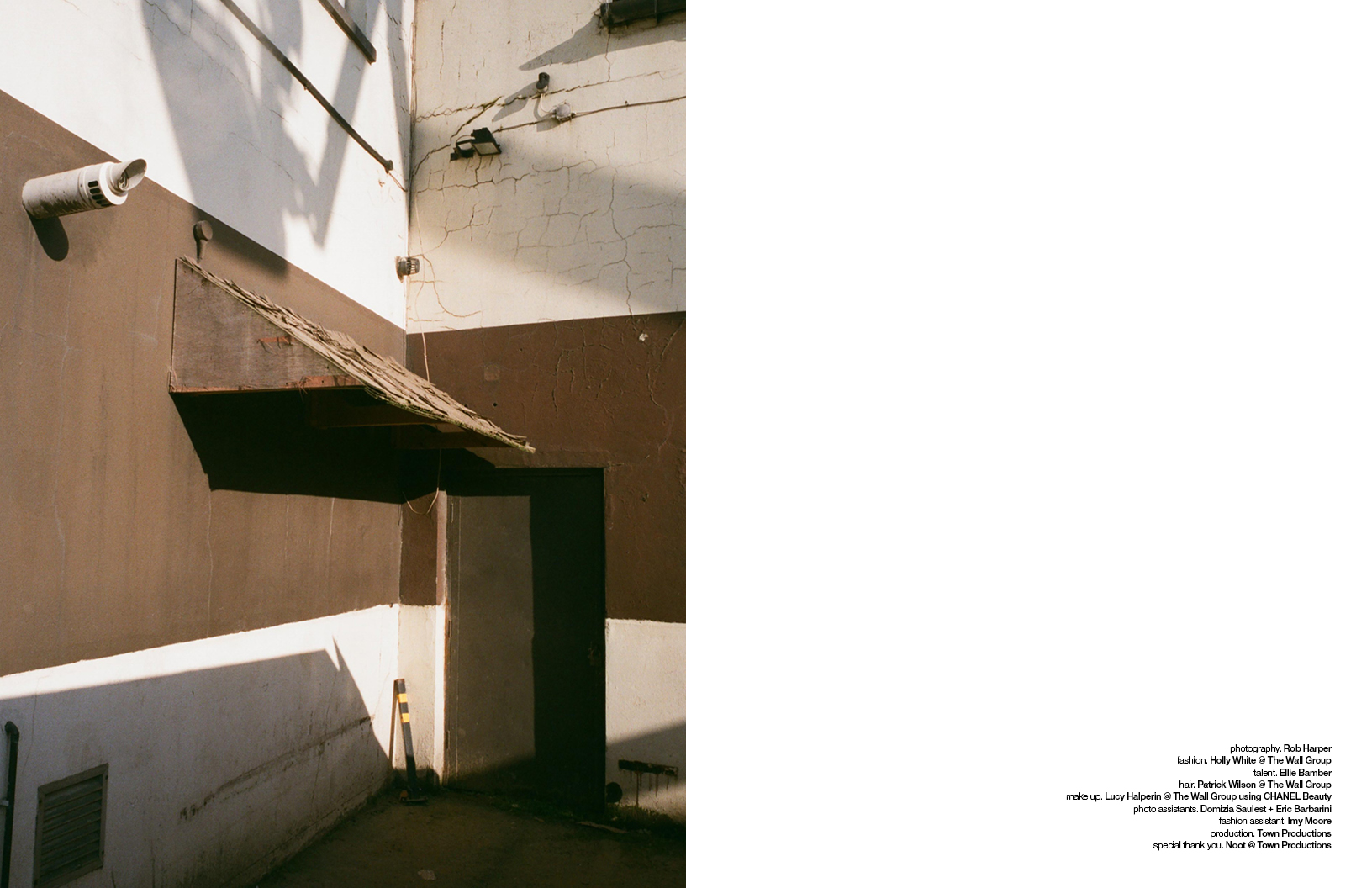 The Serpent is currently airing on BBC One.