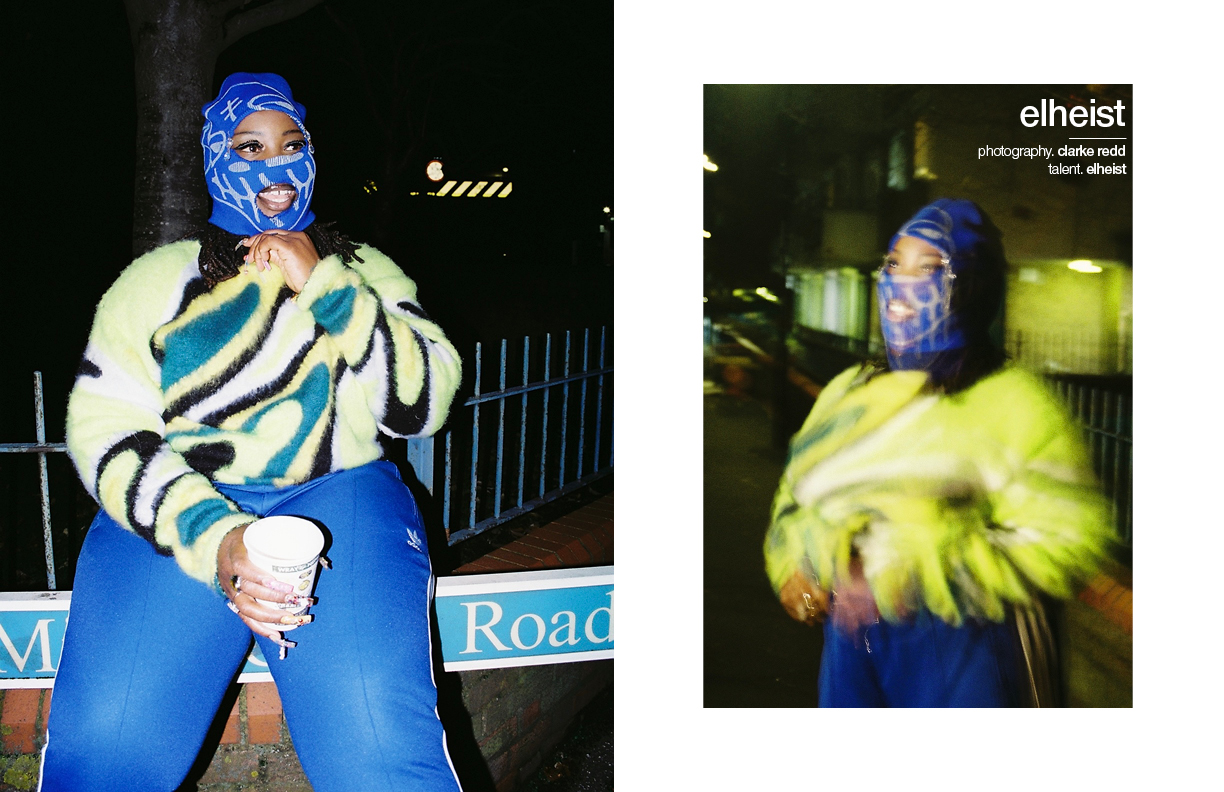 Elheist is the latest breath of fresh air to infiltrate the UK’s alternative Hip-Hop scene. Equipped with girl power punchlines and a genre blending take on rap, the London-based artist hopes to bring her experimental sound to the global stage. Taking inspiration from female powerhouses like Dancehall queen Spice, Neo-soul legend Lauryn Hill and experimental rapper M.I.A, Elheist offers her fans something she calls “fusion Hip Hop and R&B.” Her debut EP Wholesome Goody is an ode to her life so far. The artist explores her changing moods and the current climate – topics she says were finally unpacked after a trip to LA.

In her career so far, Elheist’s track AMO featured in a 2019 Christian Louboutin Beauty campaign with brand ambassador Mica Argañaraz. While others may recognise her as the presenter of NTS radio’s Quest No More show. With Elheist’s distinct assertive flow dominating any beat she lands on, the artist has clearly mastered her craft with ease. Schön! caught up with the South London vixen to learn what’s in store for her in 2021, plus an exclusive behind the scenes look at her latest music video No Delay Freestyle.

In three words, who is Elheist?

How did your journey into music begin?

My music journey started at home watching MTV, 106 and Park and Channel U. My mum called it early on and said I should sing more. She said I’d be a star. She pushed for me and my sister to learn instruments as a child. I can’t say I actually know how to play anything properly funnily enough.  We did spoken word and open mics which was fun and gave me an insight into the making process. I also never really took her advice until adulthood. Around 17/18 I [sang] on two of my friends’ tracks but never took myself seriously. I was far too shy then. Fast forward to 2017, I put out my debut song called See How.

What genre would you consider yourself?

Multi-genre. I believe it’s hard to pinpoint exactly. I’m influenced by a lot of different sounds. If I had to say, Fusion Hip Hop/R&B.

Wholesome Goody was inspired by my life, my varying moods and the current climate! I had been playing with some of the songs over the year. After a trip to LA I decided it was time to prepare, garnish and serve the goodies. 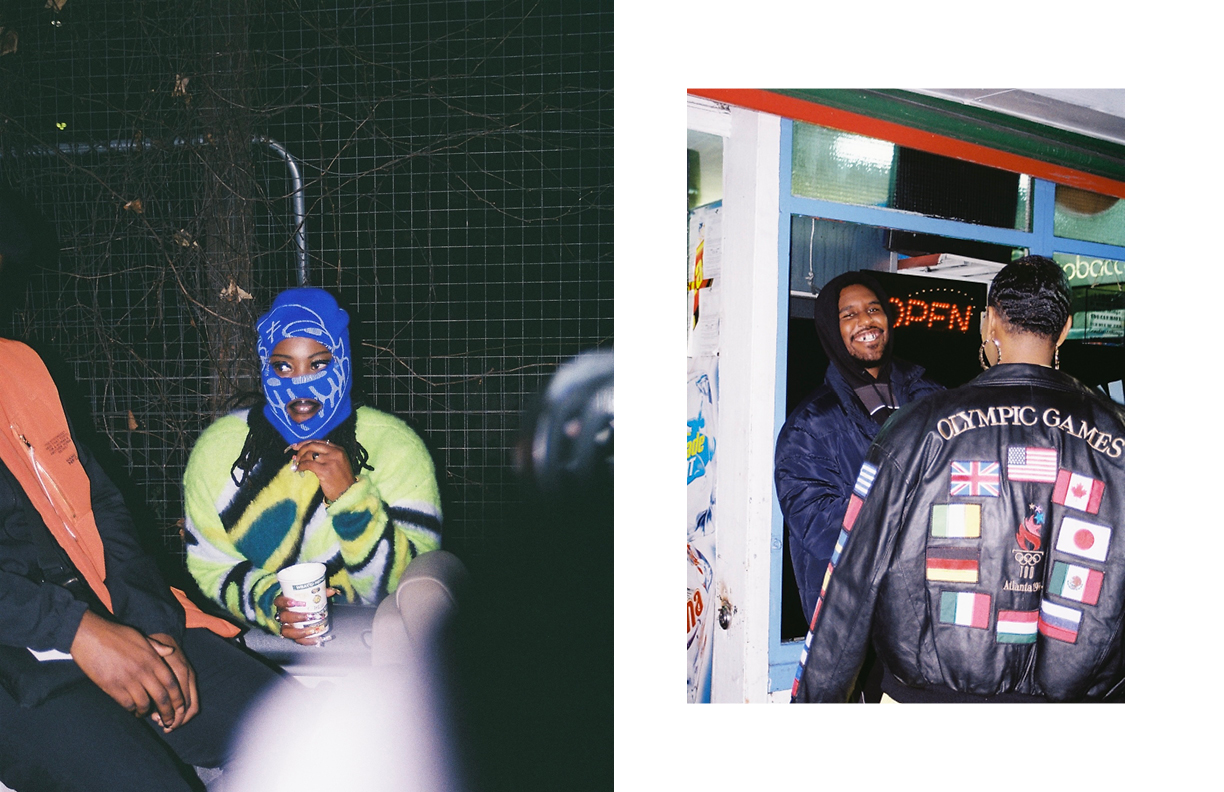 It features seven tracks – which one of them did you produce?

I co-produced Done Talking, Enterprise Reprise and W.A.T.C. I would say I executively produced the whole project.

Which track did you have the most fun creating?

All of them for different reasons but I can say Wholesome Goody was a moment! It was so effortless like bubble wrap full of vibes. When [the co-producer] and his team sent it, it was exactly the type of sonics I wanted to splash on at that time. It was exciting. I remember sending it back the next day like ‘told you’ type energy!

In no particular order, who are your top three female rappers of all time?

Tricky. Let’s go with Lauryn Hill, Missy Elliott, Spice and got to say M.I.A. The list could go on.

As a female artist in the UK music industry, what do you bring to the sector that you think makes you a stand-out talent?

There is only one me. I do this out of love for real! If it stands out then that’s cute. I will continue to give what is within. I think I’ve always had some sort of outsider syndrome. Whether that is a good perspective or bad, I genuinely enjoy being Elheist.

For your freshman album (which we hope to hear soon)  name some artists you would be interested to feature?

Ayyy, me too. I know already I’m going to be super gassed about it! I love a lot of artists. I can make playlists of amazing music to last a lifetime. I won’t give all my thoughts away but I definitely want to work with Juls, Pa Salieu, Kelela and more.

What are your hopes for the coming year and what has this year taught you?

I hope that in the coming year people feel at ease, that my art grows! This year taught me to take care of myself and that community is not just a throw around word, but something we should be able to rely on in times of chaos. 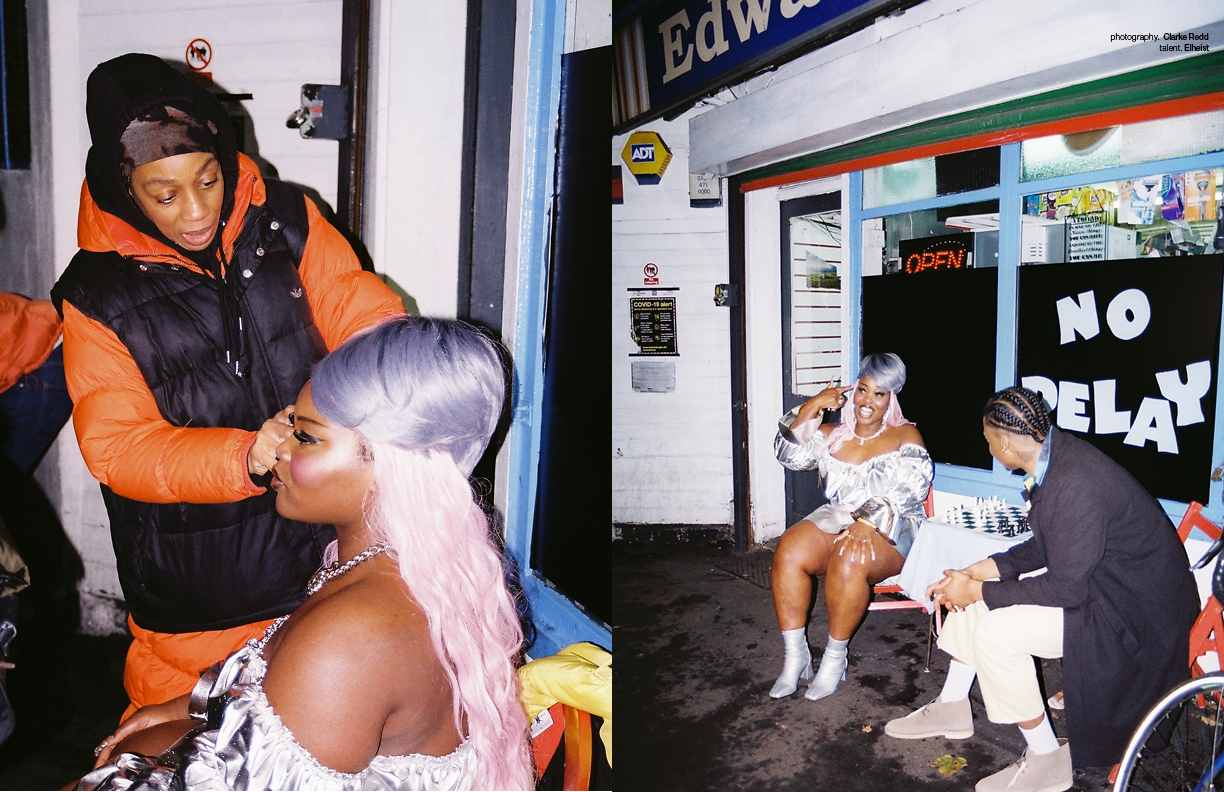