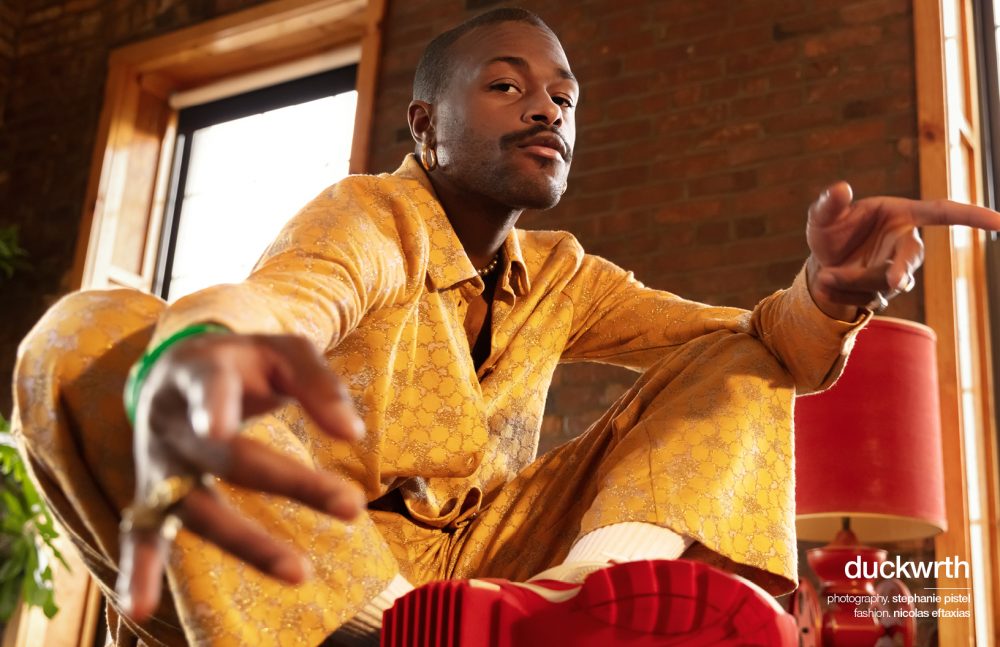 The long dreadlocks he had sported since his 2012 EP DUCKTAPE are nowhere to be seen on 2019 DUCKWRTH. With a shaved head and a clean slate, the South Central rapper is back with his latest project, The Falling Man, a poetic ode to love a failure infused with the artist’s unique rapping. The hair might be gone, but DUCKWRTH’s atypical allure remains the same as when Schön! first met up with him in 2017.

When we catch up with Jared Lee, better known for his on-stage moniker, he’s busy making merch for The Falling Man, which released on May 17. Despite having just returned from a successful festival stint across Australia, DUCKWRTH is not coming back home anytime soon. “After all this merch is done, Imma do some dates with YBN Cordae and then Imma do some European dates in July,” he nonchalantly proclaims.

From June onwards, DUCKWRTH will be “pretty much” hitting the road all year round, introducing audiences to his latest project first hand with his shaved look, which he proudly announced back in March with a very fitting Lords of Dogtown clip on Instagram. In fact, DUCKWRTH actually went through the whole process live with his followers. “It was kind psyched too because there’s people got to actually witness this crazy moment in my life,” he says. Now that the style is here, DUCKWRTH is ready to show off a new version of himself. “I had my hair for a good amount of time. I was looking for something new. I had a lot of old energy in my hair,” he admits. “I’m trying to get to a different place in my life so [the hair] oughta be sacrificed.”

The hair may just be a visual representation of the polymath’s new sonic era — but it also heralds a deeper shift in his approach to music. “I’m just much more grown, mature —whatever you want to call it— as to how I go about my music, how I go about my live shows and everything. I just feel sharper,” he says. 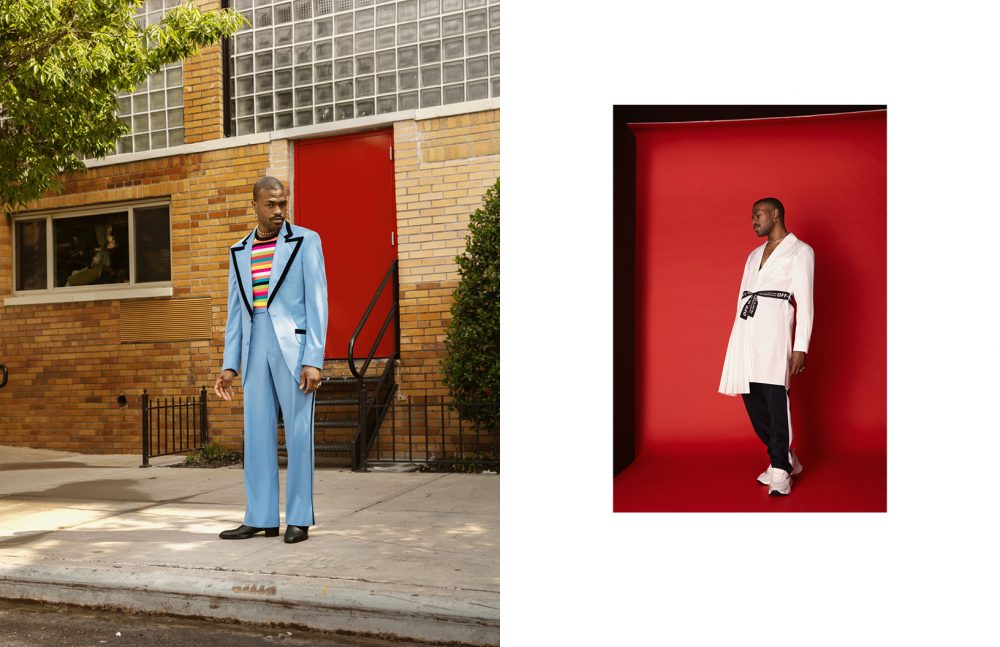 “Every artist has to go a certain direction to realize growth and maturity. My style, I’ve found, is getting more refined. I’m not saying it’s pompous. It’s just proper. I’m just getting sharper with my technique. I had my hair for a good amount of time so I just needed something new, it just happens that I’m a rapper so what comes with that is you have to have a certain image. I think if I wasn’t rapping, I would have let go of my hair a little bit [earlier] even. Probably two years ago.”

Even if the overarching feeling of change may be “a sign of the times,” there was a specific moment that had a profound impact on the artist’s perspective. “I went to Europe and I was actually really inspired by the architecture all the imagery,” he recounts. Whilst wandering the streets of Vienna, DUCKWRTH recalls he became infatuated with the energy and atmosphere of the palaces in the Austrian city. Being in the same place as the “regal” figures portrayed in the paintings hang in the palaces’ walls, he felt inspired by “that energy and passion” and the feeling stuck with him through the making of this project. “I felt like I wanted to tell my story, for me. I felt that energy with me.”

Compared to his latest projects, I’M UUGLY and an XTRA UUGLY Mixtape, The Falling Man feels more personal, even if purely thematically, but DUCKWRTH feels this has been the case for years. “I’ve always been personal with my music. It’s not much of a “why now” as much as it is just continuing on what’s my transparency. But this project is different,” he explains. “It’s about speaking from my side and also just being an artist. I’m just tryna say that artists deal with the same shit as everyone else. I want to be the artist having a conversation with people. Not from a platform but eye to eye.” 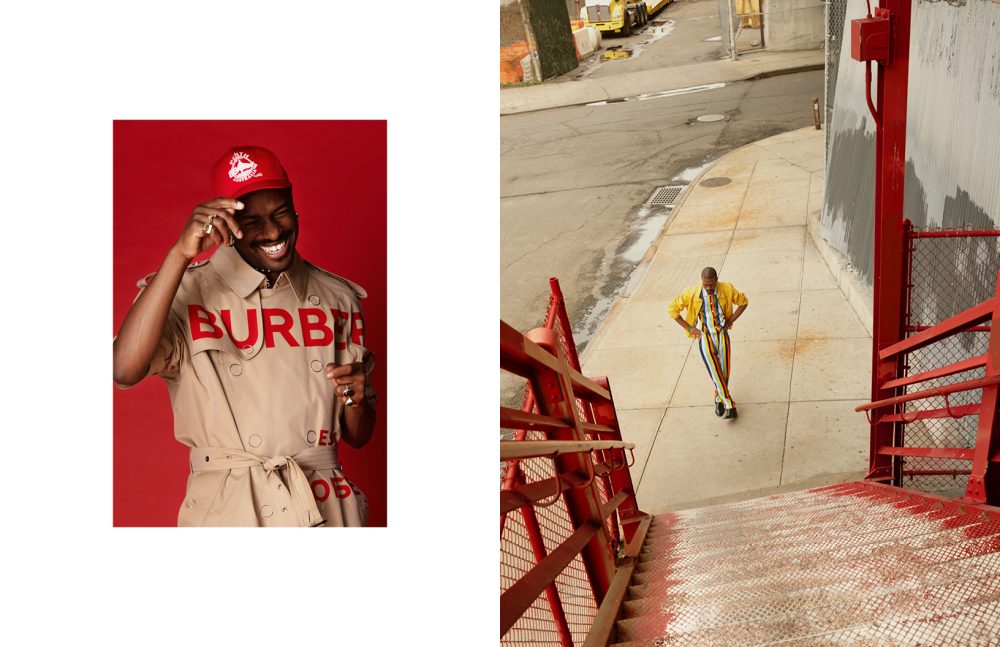 Accompanied by a four-act short film, released on May 21, the project’s nuances acquire a new meaning, the visual aspect reinforcing what the 8-piece tracklist started. “I knew from the beginning we were going to do a story along with it,” DUCKWRTH says. “It ended up going from a bunch of different videos to one video, and then it ended up being one story from another story.”

After linking up with his “homie” Mancy Gant, the pair got the idea to shoot the painting-inspired visuals after playing around with the album’s actual cover. After shooting “a bunch” of concept art for the project, they serendipitously decided to juxtapose an old frame around the selected cover image. “It ended up looking so fucking beautiful. It looked like something you’d see in a museum,” DUCKWRTH proclaims. Following advice from his own manager, they decided to expand on the concept and “that’s what the idea for the short film came from.”

But The Falling Man is only the beginning. “Maybe the next project would be [focused on] when you get back up,” DUCKWRTH explains of his plans to continue the project. “There’ll be more visuals. We have two more acts to go and the next two will be music videos. One is animated and the other one is probably more traditional.” 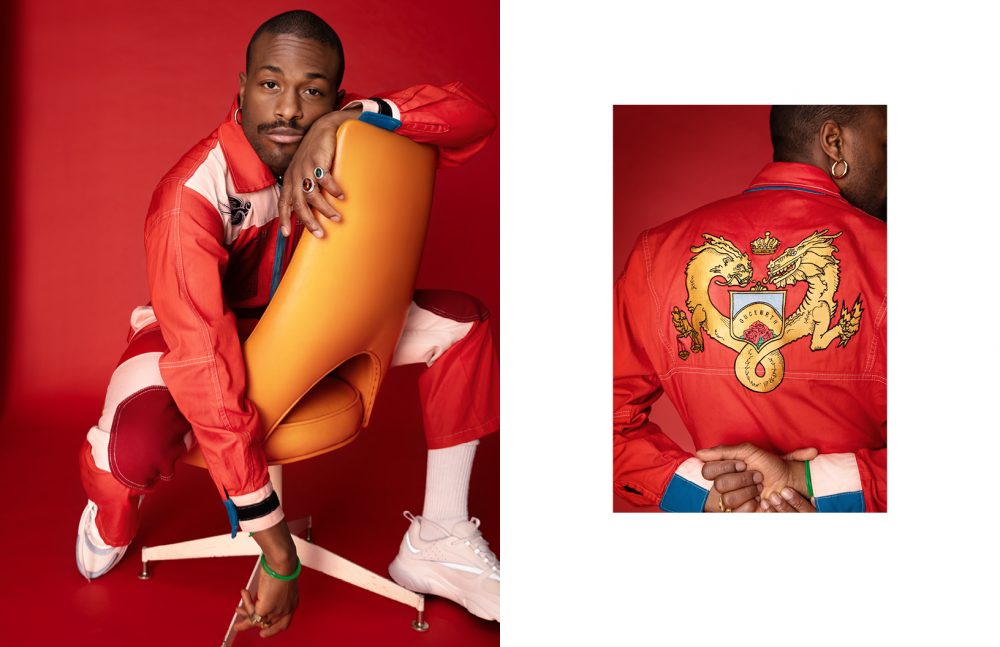 Though he had previously told us the Taurus in him made him oversee all the visual aspects to accompany his music, he admits he’s now “expanding” and The Falling Man is the perfect testament to that. “I’m more open,” he reveals. “I’ve always worked with people but now we’re just collaborating on the ideas more. This is the first time where my manager actually chimed in and we got a crazy video concept. I’m just collaborating a bit more and seeing [everyone’s process].”

He admits “at the end of the day, I’m still going to steer everything in a certain direction,” but DUCKWRTH actually pushed the release of The Falling Man in order to secure some collaborations — which include the likes of Kiana Ledé, Rico Nasty and Mr Carmack.“I didn’t want to hear a whole album with just my vocals really,” DUCKWRTH jokingly agrees before turning serious. “Sometimes it takes other voices to tell the story better.”

And the artists involved in the project are not mere feats, as DUCKWRTH admits the majority of them actually got involved in the writing and composing of the songs. “Rico wrote her verse. The hook in “NOBODY FALLS” I wrote and Kiana and Terrance [Martin] just took it a whole other level. Allan Kingdom wrote his own part. NoMBe also wrote his own part. Everybody kind of did their thing.” 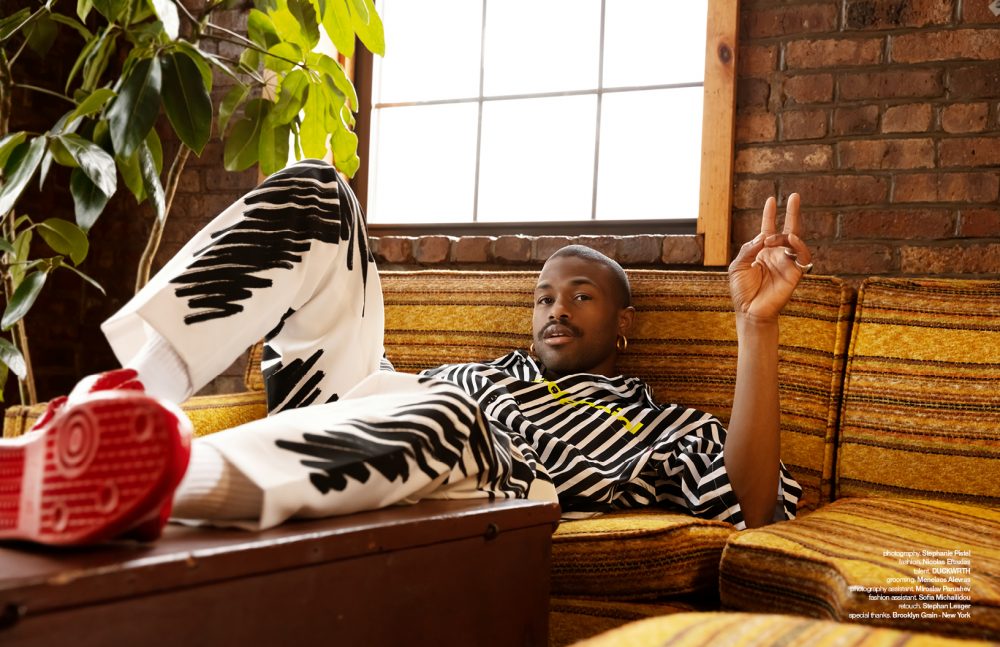 It’s been only a bit over a month since The Falling Man dropped, but, as the current music cycle demands, DUCKWRTH is already onto the next thing — a speediness he does not necessarily enjoy. “I put time and effort into a project. I spend years on it. It’s sweat and tears. I’m coming from a vulnerable place in my own life and [I don’t feel] it should get digested in a quick way,” he explains. “I don’t want to be the old person that be like ‘back in my day people used to take in music at a slower pace’ but you know… But more so, fuck them old days. There are so many layers within the project that I just dropped. In every song, if I don’t mention the word ‘fall’ in it, I mention some type of direction referring to it. In “BOW”, for example, I don’t say ‘fall’ explicitly but bowing is a downward direction, you’re falling to your knees.”

“There are so many different details that if you just take the time to sit down with the album and pay attention, you’ll see it all forms a story but if you digest it so fast, you miss out on all the beautiful things that I took the time and effort to put into it. I don’t like that but it’s not [anyone’s] fault. There is so much music coming out and there is no filter anymore. Social networks made it where everyone can be an artist, which is beautiful but it is hard to fully appreciate one album. It’s not even the people, it’s just the pace that we’re living at today. Everything is fast.”

Regardless of pace, DUCKWRTH’s ways are not set and he does not cater to satisfy the needs of a demanding system. Instead, he focuses on his listeners. “I’m going to be dropping singles in the next month or two — with videos and stuff like that. It’s not like I have a specific plan. It could be a body of work or four songs, as long as people are sitting there digesting the music, having a good time, knowing the music at the shows and going crazy and the whole process, I’m happy. I don’t really have a specific way I want to drop music. I think if anything I feel like I want to always have visuals. I’m a visual artist and a visual person. So I think visuals really help out on my behalf you’re digesting my music.”

With new music already on sight and fully immersed on tour, DUCKWRTH is just enjoying the fruits of his labour, and he has a clear goal that motivates him to keep going: “The songs that I haven’t made yet. The next video session. You know the next chance I have to make something fucking epic.”

‘The Falling Man’ is now out. Listen to the full album and watch the short film on DUCKWRTH’s YouTube channel.