If you are not familiar with him already, Diego Tinoco‘s name is one you should be taking note of. Since 2018, the 22-year-old Mexican-American actor stars as Cesar Diaz on Netflix’s hugely popular series On My Block — alongside Sierra Capri, Jason Genao, Brett Gray, Jessica Marie Garcia, Julio Macias, and many others.

Centred around four friends living in Freeridge, a fictional neighbourhood in south Los Angeles, tensions between the Santos and the Prophet$, two rival gangs, dominated the storylines in the first two seasons but the seemingly intertwined destinies of the four friends have always been a crucial element of the story, even more so during season three.

As one of the main characters on the show, Diego showcases his skills with ease on the screen, switching often from romantic to gang-related conundrums — and with ease. Much like the series’ very own nature, Tinoco shows off his versatility through the conflicts of Cesar. With a penchant for cliffhangers, the series’ highly anticipated third season finally premiered on Netflix on March 11.

To get the intel on the whereabouts of the “core four” during the season and going forward, Schön! caught up with Tinoco to discuss Latinx representation, his favorite storylines, and why he believes On My Block is an L.A. version of Game of Thrones — all the while letting some potential season four spoilers slip. Keep reading to find out exactly what those are. 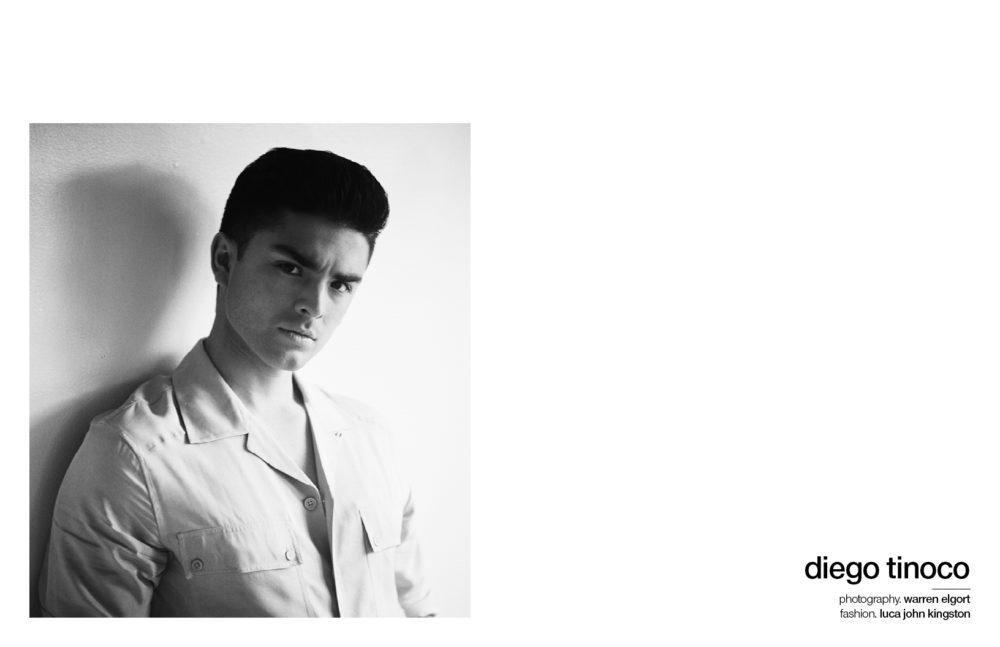 For the people that may not be familiar with you, can you tell us a bit about how you got your start in acting?

I got my start in acting when I was younger through a wonderful little studio I studied at called 321 Acting Studios. I performed at a showcase they had, and there, I met my amazing management team — Peter Kluge and Terra Weiler — who began sending me out to auditions.

How did you land the role of Cesar on On My Block?

There was a series of auditions I had to do, ending in an intense chemistry read with every one of my talented cast members with all of our executive producers watching. The week to follow, was the longest week of my life. Resulting in a phone call saying, “You got the job!”

What first attracted you to the project?

Honestly everything… this was a dream role to do. I couldn’t have wished for a better first role on a major tv series as the lead. Apart from that… it’s Netflix, the best streaming service in the world, alongside with the best producers and writers in this industry: Lauren Iungerich, Eddie Gonzalez, Jeremy Haft, and Jamie Dooner.

Since season one premiered in 2018, more and more people have watched the series. I’d say it’s one of the most binge-able series on Netflix — in fact, it was the most binged Netflix series in 2018. How does that make you feel?

I love that phrase “binge.” It’s almost as if we made an epic four to five-hour movie, rather than a show. I think this is the future. I think this is the new way to watch television. At your own pace, day by day, week by week, or consume it all at once. Power to the audience. Power to the fans. As it should be. But I feel great that people love to binge it, and I’m extremely proud of the kind of art we created.

Did you ever feel any pressure getting to be part of such a global platform as Netflix? Or was it mostly pride/excitement?

Definitely a lot of pressure in season two. After becoming a critically acclaimed series, there was a lot more on the line. It wasn’t like the first season when we didn’t know if we were even going to get a fan base for the show. We knew now that we had to get the story right… otherwise, there’d be backlash. Luckily, we did, and the fans loved the second season as they’re loving the third.

But being 21 years old at that time, shooting a show that streams to over 170 million subscribers, definitely makes you feel a weight on your shoulders, given that your work and face will be the ones on the line. Season three, however, was a lot less stressful. Might’ve been due to that fact I moved right next to the studio where we filmed and I actually got to sleep, instead of having to drive back to Riverside every night. Never doing that again!

What do you feel On My Block offers that attracts (and hooks) viewers?

It’s the honesty, relatability, and diversity. People saw themselves on our show in a way they haven’t seen themselves on other shows in a very long time, or at least not in an authentic manner. What you see is what you get. And we only show the truth. Our show is hilarious, authentic, real, raw, heartbreaking, and pretty much reveals the whole cycle of human emotion, just like life. It hooks you with each and every one of our character’s storylines because I believe everyone who watches this show can identify with at least one character. Whether it be Spooky, Jazmine, Cesar, Monse, Jamal, Ruby, or a Gnomie. Well, maybe not a Gnomie. Who knows.

What are some of the challenges you’ve faced playing Cesar these past three seasons? Have they changed as the series progressed?

One of the challenges would certainly have to be maintaining the physicality of Cesar. I usually weigh anywhere from 155-167 pounds when I’m not shooting On My Block, and I have to cut down to 145 every year. It’s the worst because I love food with a passion and pretty sure I’m addicted to cookies. But I’m hoping with this ending of season three, I can come back to season four bulked up. 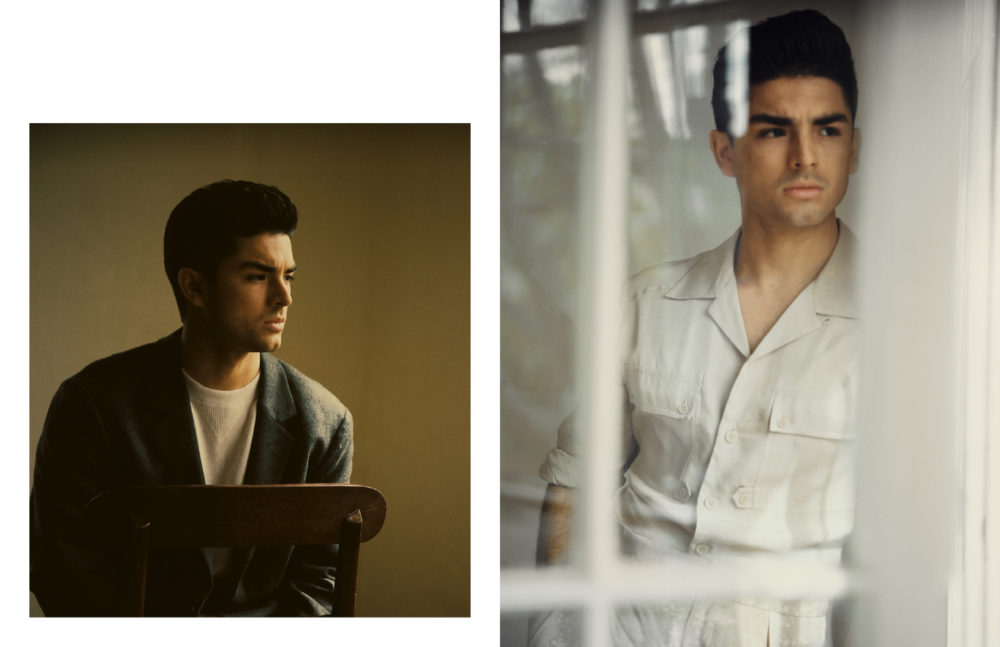 Cesar’s arc is one of the most complicated in the series. How do you feel he has changed since season one? And, as an actor, how do feel you’ve grown with him?

The kid has been through so much. Through all the trauma, he held his head up high, with a smile, and I really admire that in him. I don’t know many people who, at whatever age, can do that. I feel he’s changed because he’s gotten a lot tougher emotionally and mentally. Almost worried that he’s becoming numb to the pain, and honestly I’m worried he’s not going to be the same after what happens in season three. But I love the kid… I’ve grown so much with him… I felt like I got a chance to repeat my high school experience with Cesar and the rest of the characters. And it was a beautiful one. Enjoying every moment of it. Let’s see what happens in season four! If there is one…

This season, we see complex dynamics between Cesar and Monse, Cesar and Spooky, and Cesar and his father. How did you set out to tackle these?

There was a lot more on Cesar’s plate this season. Every season I make sure to bring my A-game, working with an on-set acting coach and talking to my writers about the underlying emotions and thoughts in each situation. Also getting close with the actors helps… knowing about their real lives, making it personal and not just some “up in the air” kind of performance. Also being well-rested every day, making sure to sleep, rehearse, no partying, no dating, strict diet, vitamins. That all helps too while shooting.

How was it working even more closely with Sierra and Julio? 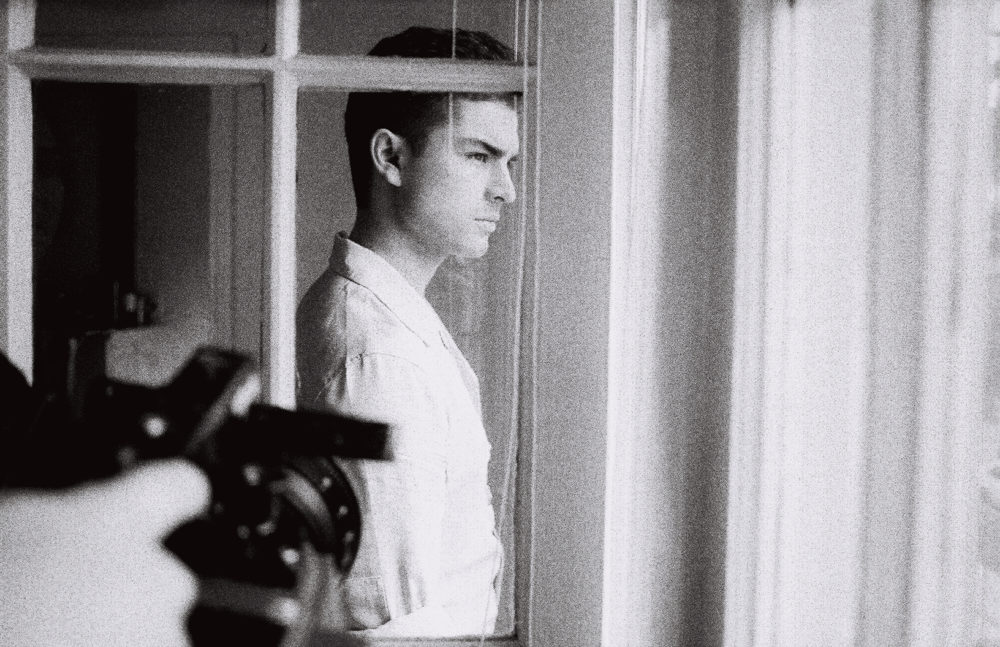 As a watcher rather than an actor, do you have a favorite character in the series? Why or why not?

I love Chivo. I love his craziness and unpredictability. Those characters always grab my attention the most on-screen. Emilio is an amazing actor! I grew up watching him, so it’s cool to be given a chance to work with someone I looked up to. He’s a great guy too. The man has so much wisdom, and he was kind enough to share with me.

Do you have a favorite moment from this season? From Cesar or any other character?

All of episode six is my favorite. The dance sequence was extremely fun. I woke up the next day so sore from all the wild dance moves. A lot of them didn’t make it into the show. And we shot over 150 takes. I was pretty bummed, but I don’t regret a thing!

Since its premiere, On My Block has been praised for making strides in Latinx representation. Coming from a Latinx background yourself, what does it mean to you to be part of a project like this?

It’s such an honor and privilege representing the Latinx community in Hollywood with this project. It means the absolute world and I just want whoever watches to know they can accomplish their dreams too because, believe me, if I can do it, anyone can. Don’t let anyone or anything stop you. I’m on this show as the lead being a Mexican-American in real life and character-wise and I wear that proudly. I just want everyone of every race to wear their skin proudly.

The cliffhanger for season two was a big as they come, but season three ends on a high note, especially for you. How do you feel finally joining and leading the Santos will affect Cesar’s journey?

It was a very difficult scene to film… it went against everything that the show has been battling against, and I honestly, I didn’t want to film that. It was a rough day but as far as season four, I have no idea where the story goes, but I do know that we have an amazing team of writers who I trust with their creative direction. So we will see what happens…

Netflix hasn’t officially renewed the show for a fourth season, but we’re hoping they will soon. What do you hope the future of the series will be if you do get the renewal?

I just hope Cesar ends up happily ever after with Monse like they do in the fairy tales. But this is On My Block… nothing is off-limits… anything can happen… expect the unexpected. We’re like an L.A. version of Game of Thrones where you never know who’s going to get killed off next. I thought I was going to die like four times reading the scripts. Let’s just hope Jamal can save the day… or Abuelita. Probably Abuelita!

Apart from On My Block, do you have any other projects in the pipeline?

Music, writing, clothing… I shot a movie earlier this year… I can’t say much right now, but it’s going to be a good one!

Last but not least, what are you most looking forward to in 2020?

Honestly everything! This is an exciting time to be alive and to be a creative! The amount of opportunity and doors opening is insane. It’s such a blessing, thanks to studios like Netflix who are opening the doors to young artists like myself. So thank you Netflix! I’m just excited to see what the future holds for me if I keep working at a smart and hard pace. 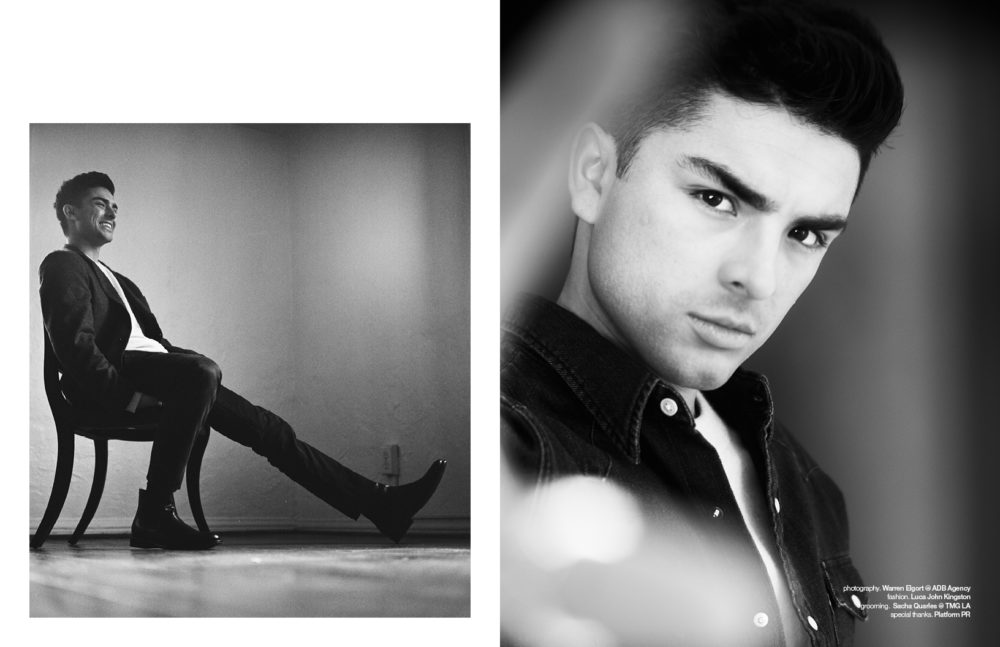