‘We are valley girls. We sing the blues. We play rock’n’roll. We sweat. We move. We groove. We are Deap Vally.’ Like a slogan for their own brand of gritty, four-legged blues rock, this is how Californian duo Deap Vally describe themselves on their Facebook page. Lindsey Troy (guitar, vocals) and Julie Edwards (drums) have had a busy past few years. They’ve recently released their debut album ‘Sistronix’ to critical acclaim and this summer they brought their energetic live show to packed festival stages across the UK. Appearing on numerous ‘ones to watch’ lists Deap Vally have found the perfect combination; distorted guitar riffs, thumping drums and howling vocals all come together to make a fierce, throwback sound. 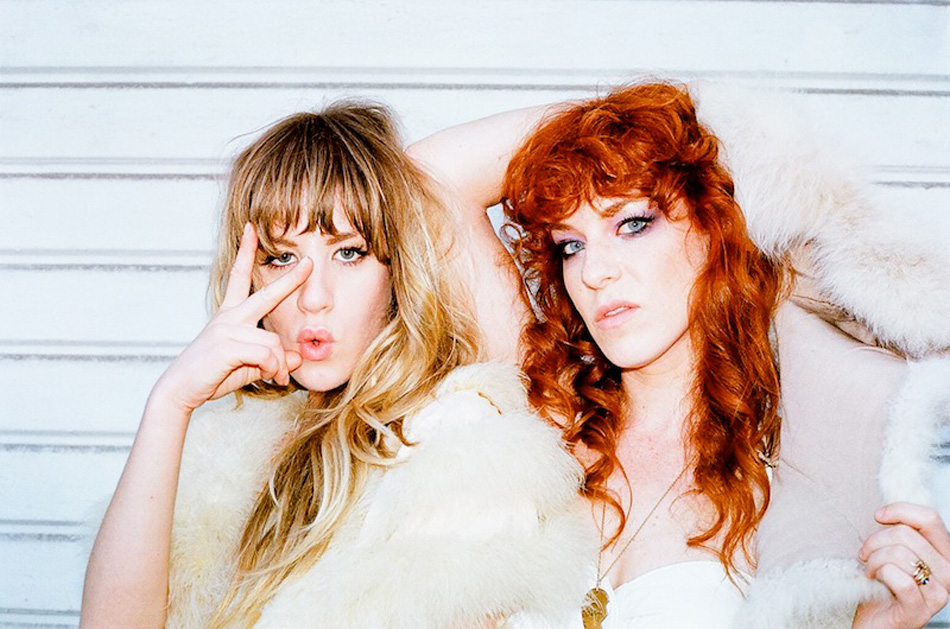 Hey, how are you today?

Good thanks. I’m biting into lamb chop as we speak so that’s pretty cool.

It’s great. We’re touring with BRMC at the moment. They’re such a killer band and just great people, the shows have been really fun.

What do you tend to get up to between gigs?

Lots of driving. I spend many hours crocheting and knitting in the back of our van. We really like to visit the local yarn shops of towns we visit. It’s a really expedient way of emptying our wallets and bulking up our suitcases…

You’re on a pretty extensive tour at the minute. What are your tour bus essentials?

You mean van essentials, right? 😉 A couple of good books. Lots of music. My journal. Way too much yarn. A car charger for my phone. Some healthy snacks and some not so healthy snacks. A blanket and a pillow for napping. And an excess of toiletries.

What are your favourite music and films for the road?

At the moment it’s mostly John Lennon, the new Queens of the Stone Age record “Like Clockwork” and Tame Impala. We haven’t been watching too many films recently, but the last time we really utilized the TV we went on a big Sopranos bender.

How has your live show evolved over time?

We’ve gotten a lot tighter as a band over the last year and a half of nearly straight touring… that’s just inevitable with non-stop touring. We’ve added more songs to the set. No more 30 minute sets.

What can we expect here in the UK, when you come back in October/November?

A show you will never forget… 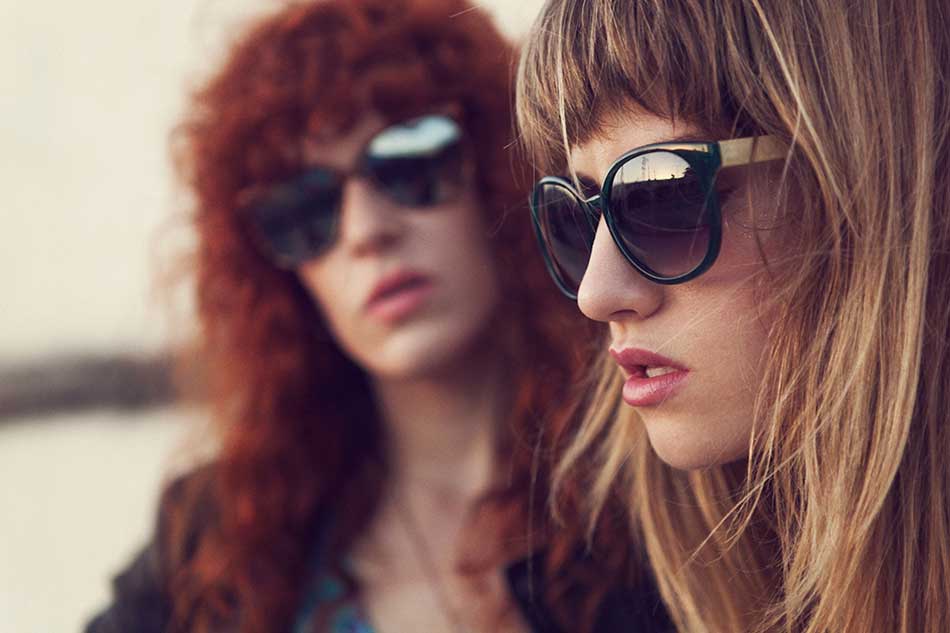 You’re going to be on tour in the UK during Halloween, have you got any plans for that yet?

Well, as a matter of fact, my dad is coming along for some of the tour and Halloween is his birthday! So I’ll be having some quality father-daughter time. I haven’t really thought about my costume yet… hmm…

This summer you’ve played lots of festivals including Leeds/Reading and Glastonbury, how does playing a festival differ from playing a normal gig?

Festivals are a trip, they’re awesome. Playing the festival circuit is kind of like being in a traveling circus – you keep running into the same bands in different places – it’s awesome. There’s always a real camaraderie that happens between the bands. Festival crowds are great because people come with the intention of letting loose for the weekend. They’re up for a good time. So as a band all you really have to do is tap into the energy that’s already buzzing.

Did you get a chance to watch any of the other bands?

Yeah, as much we could. A lot of time though it’s hard because you’re herded off to the next festival so quickly. We played the Unaltrofestival with Tame Impala in Italy and watched them side stage. It was one of the best shows I’ve ever seen.

What would you guys be doing right now if you weren’t in Deap Vally?

Julie would be a psychologist, getting told people’s deepest darkest secrets, and I would be running a farm out in the boonies.

What does the future hold for Deap Vally?

We’re going to be touring for a while longer and then get off the road for a bit to do some writing and recording. We’ve got some super exciting, top secret collaborations in the works… stayed tuned.