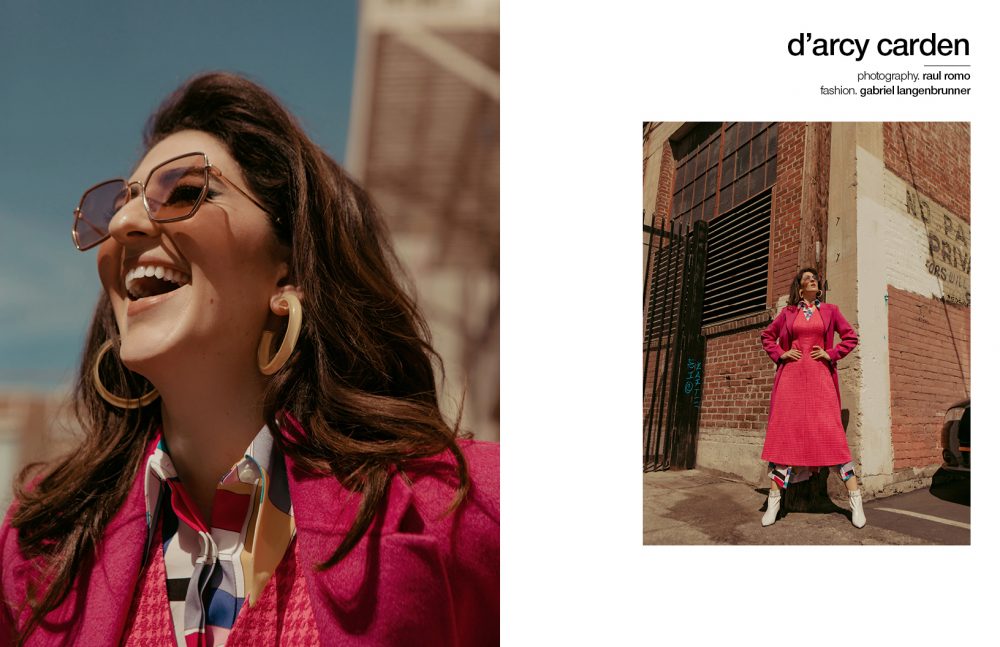 D’Arcy Carden is in heaven — literal and figuratively. As The Good Place, the afterlife-centred series led by Kristen Bell and Ted Danson, embarks on its final 14 episodes for its fourth season, Carden couldn’t be in a better place.

An alum and member of the Upright Citizens Brigade Theater— an improv club founded by Amy Poehler — Carden found her feet in comedy and though her passion remains the same, in recent years, the improv stage has led way to the silver screen. Over the last few years, you’ve probably seen her in shows like Comedy Central’s Broad City, HBO’s Barry, or Netflix’s Bonding — but it’s undoubtedly her role as Janet, the Siri-like personal assistant for the residents of the Good Place, that has left the biggest imprint on Carden.

Since its premiere on September 2016, The Good Place has been lauded as the best sitcom of the decade by multiple outlets — something to be expected from creator Mike Schur, whose past work includes Parks & Recreation and Brooklyn Nine-Nine. Over the three past seasons, Carden has proven time and time again why she is the perfect Janet —  “Janet(s)” perhaps being the perfect testament — so it’s no surprise Schur handpicked Carden out of “a million people” that auditioned for the role.

As a new episode makes its way to NBC tomorrow night, we catch up with Carden to discuss her journey from stage to TV, the challenges of playing Janet, and what we can expect from everyone’s favourite assistant as the series draws to a close.

First of all, I just have to ask, did you really add the apostrophe on your name because of D’arcy Wretzky?

Yes, in junior high. I was obsessed with the Smashing Pumpkins and I didn’t even think about it. It wasn’t a big decision. It just was like, “she’s cool. I want to be cool. I’m going to do that.” I just put the apostrophe in and never took it out.

Oh, it’s for real! After many years of just doing it illegally, I guess you’d say, I just changed it. It’s really easy to change your name. Anyone can do it. I recommend it. Make it what you want.  My parents were always a little bit like, “why?” They were a little weirded out, and they like to make fun of me about it. My mom, to this day, will occasionally sign a letter “M’om.” 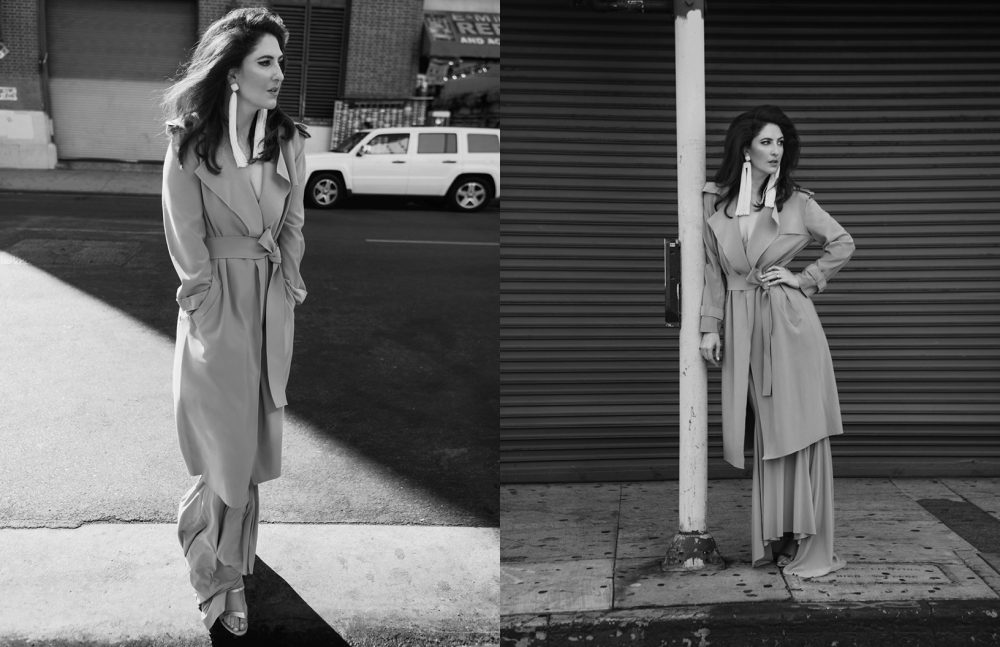 Going into The Good Place territory. Have you recorded the final episode yet?

We are done. We finished a couple of weeks ago, wrapped the whole entire thing. I love doing the show so much that every season, when we do the finale, it’s always sad because that means we’re not going to see each other for a while, but this one was majorly, majorly sad. This was for real. It’s been a weird little emotional journey. I love the cast so much and I love working with them. It’s been such a great four years. It was a sad journey of a season, because we knew every day was one step closer to not getting to work together anymore.

Well… for now, at least. Did you all cry? Or did some of you cry?

There were tears from everybody. It’s been a steady stream of tears — between reading the last episode together and, you know, shooting people’s last scenes — and yeah, sure, most of those tears were from me, but everybody cried. And you know when Ted Danson cries it’s going to make everybody cry.

Are you personally happy with how the show’s ending? From the writer’s perspective, getting to end a show on your own terms is not something that’s very commonplace on TV…

I love when shows go out on their own terms. So when Mike Schur told us that we were done and that we were finishing what felt like a little bit early, I was of two minds about it. I was like, “well this is great because we get to tell our story and we get to go out while people are still enjoying the show” — but also like, “let’s do another one! Let’s do two more! C’mon!” We were all little bratty kids for a minute.

I think the thing that changed that was once Mike and the writers told me and the other actors what the ending was going to be. It really made sense why. They so clearly had a story in mind that they wanted to tell — with a beginning, middle and end. I really respect that, and also I love it. I love what this last season looks like and I love what the ending looks like. Could we have done another season? Sure. The writers are talented and genius enough that I’m sure they could have made it interesting. But I do think that they are right in that they are telling the story that they want to tell, without any filler.

There’s series that have been super beloved by the public, and then they kind of drag on for a couple more seasons than they should have.

It’s so heartbreaking, right? I can think of some of my favourite series that have like a couple of seasons where you’re like, “ope, that’s when you’re stretching it.” And again, I really and truly do believe that the writers and Mike Schur on this particular show are, like, so abnormally talented that they could make ten seasons work. 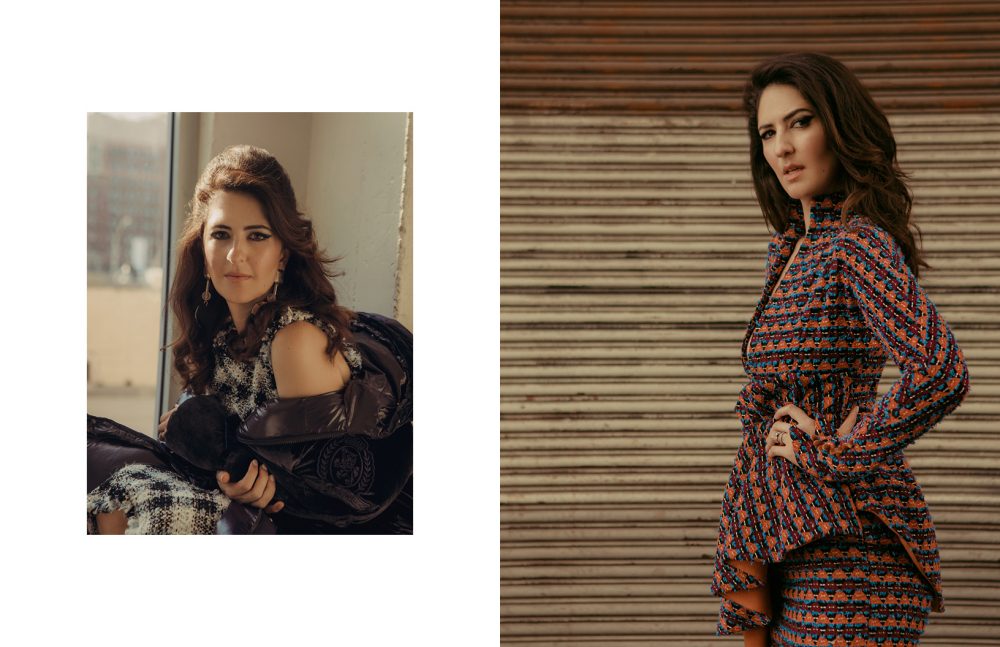 The show is such a feel-good show for everyone, hence the name. Your character especially is a fan favourite. I saw a couple of people dressed up as Janet at ComicCon. How does that make you feel, that you’ve become a staple in pop culture now?

Oh, man. It’s crazy to hear you even say that. It’s thrilling and it makes me feel so warm and good – that simple thing of people dressing like you for Halloween or dressing like you for a Con of some sort. I didn’t get into acting for that. That’s not something that’s part of the equation. It’s just a fun bonus. But it’s really sweet. It really makes it like that much sweeter.

And, it’s a funny one. There are so many great shows, right? There’s so much television, there are so many good things out there to watch, and the fact that people are so into our show in a way that they would take the time to make a costume, just means the world to us, It’s not lost on us at all. For Will [Jackson Harper], Manny [Jacinto] and Jameela [Jamil], this is the first show that we’ve really been a part of in this way; so it would be easy for the four of us to take this for granted but I think it’s very clear that this is not the way it always is.

Many people would recognise you from Broad City, but how does it feel to have your first titular character? You’ve spent four years with Janet…

You never know what’s gonna happen with any show. Knowing it was a Mike Schur show and knowing that Ted and Kristin were involved – it kind of right away felt real. Mike Schur created Parks and Rec and has worked on all these shows that I love. [Before the show,] I was crossing my fingers, wishing on stars that I could work with him. I wasn’t at any sort of level where I could be like, “Hmmm, I want to work with Mike Schur!” I was like, “God, I hope I can run into him at a coffee shop.”

I don’t know if this makes sense outside of the U.S., but knowing that it was on NBC on Thursday night, felt like, “oh boy, this is ours to lose.” We shot that whole first season over a summer and before it came out, it just felt so special. The writers, the crew and the cast were all buzzing. We knew it was a weird one, it’s not your typical comedy, not your typical network television show, so there was risk involved. I didn’t know if everyone was going to like it, but I knew that it’s good, I just didn’t know if it’d be for everyone. And who knows? I don’t know if it is for everyone. But it seems like enough people like it that it’s been great. 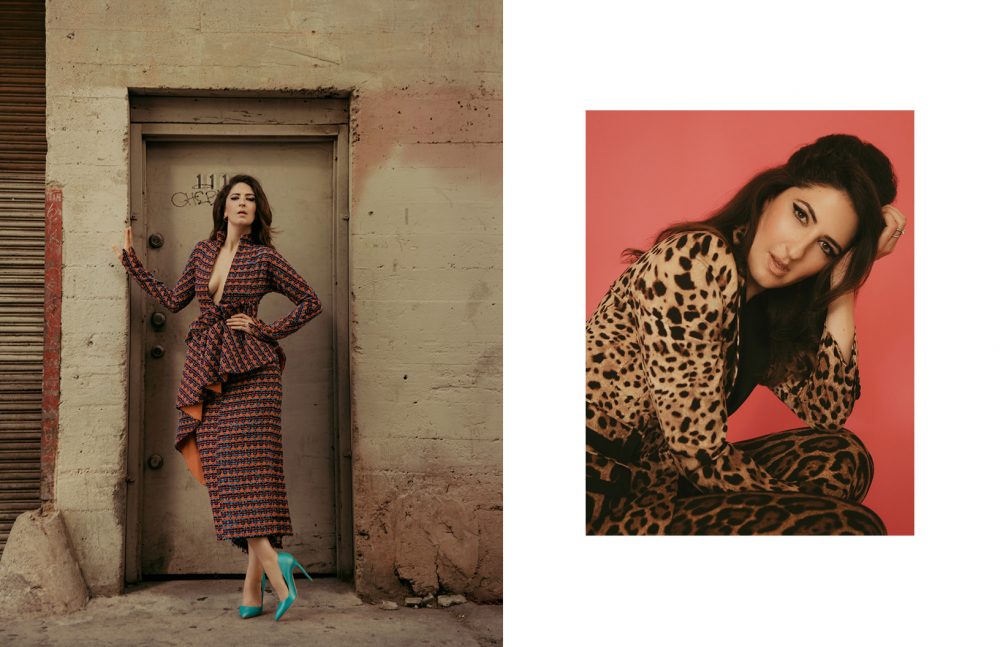 Everyone watches The Good Place right now. The characters are so diverse, so even if it’s just one that speaks to you, you relate.

That was beyond. I can’t even fathom what that is. I was like, “Oh shit, this is real.” It seems so big to me. I have cousins that live in England and if they say that their friends watch it, I’m like, “WHAT??!?” Let alone people in countries that don’t speak English. It blows my mind.

This is going to sound like I’m high or something, but when you’re making these shows, you forget that it’s even going to be on TV. At least I do. I’m so focused on what we’re doing and who’s around me. It’s like you’re doing this little mini-play for the cast and the crew and the writers, director, and then, and then sometimes I’m like, “Oh, that’s right. In a couple of months, this will be on TV for whoever wants to watch it!” I still haven’t quite caught up to that yet.

Well, you come from theatre and improv so you’re used to seeing the crowd.

That’s exactly what it is. I think of each episode as a little play. But it has a life of its own after that, which is thrilling for a lot of reasons. It also makes it so much more of a group project. They call cut and it’s totally out of your hands but there’s so much more to it. 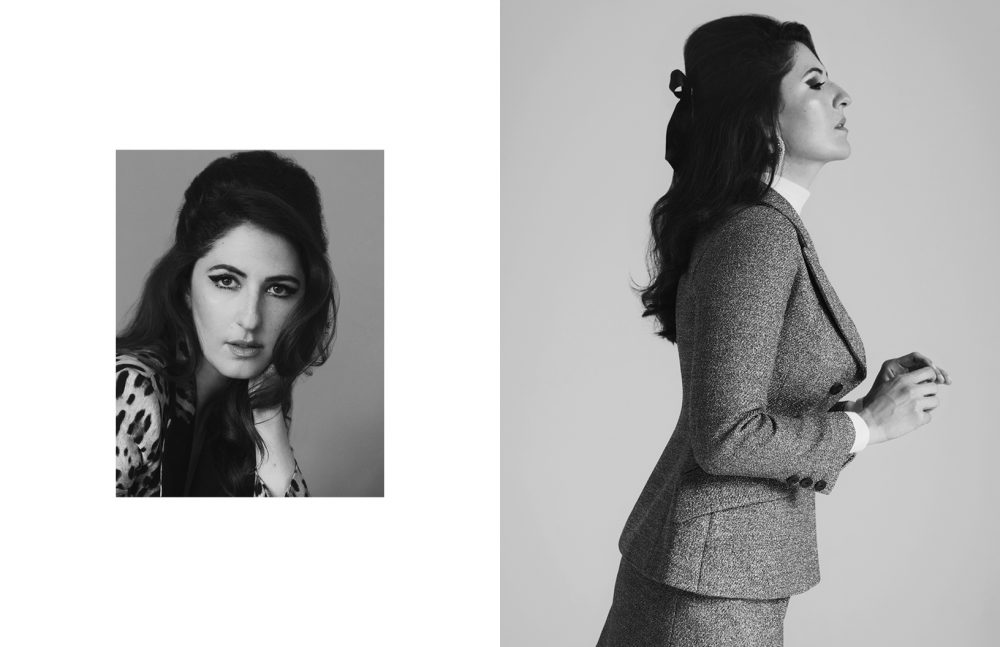 Janet is such a complicated character. She’s Siri-like. She’s not human, but she does have a wide range of emotions, especially when she’s pleading for her life. Is it hard for you to adapt to that many personalities?

It’s funny. Having a wide range of emotions isn’t necessarily hard. In fact, it’s very fun, and it’s exciting as an actor to get to do that. The hard thing was finding the balance between her humanity and her “robot-ness.” It’s not like I’m playing something that I’ve seen before, we’re creating her. There’s freedom to that, but it’s also so stressful.

I was constantly and fearfully calibrating her humanity  — not sure if I was taking her in too far of a human direction or too far of a robot direction. This is why having someone like Mike Schur and these writers — these geniuses — at my fingertips was invaluable. I could just text them at 6 in the morning and they were always down for a psychotic actor’s session.

We’ve seen Bad Janet, we’ve seen Good Janet… Mike Schur basically confirmed that we will see a new Janet this season. Can you tease something?

I will say it doesn’t come out of anywhere. There’s are hints as to who this other Janet is. As you watch, there might be a hint or two along the way, and… maybe that’s all I can say…

I have one theory but we don’t have that much longer to go, so we’ll figure it out soon enough.

I love theories but yeah! 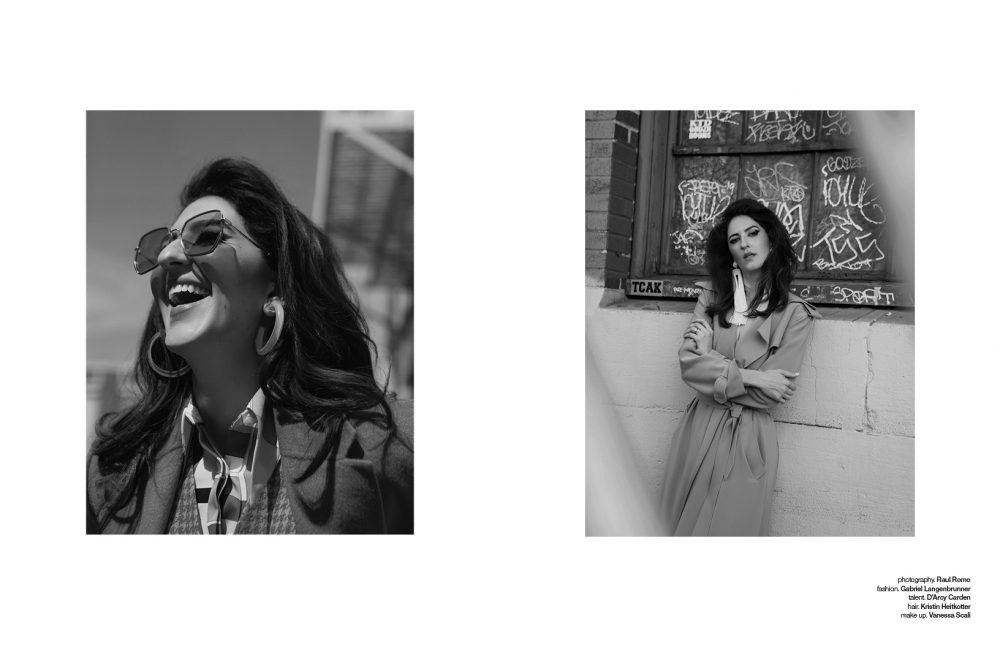 This interview has been edited and condensed for clarity.

The fourth and final season of ‘The Good Place’ airs Thursday nights on NBC.