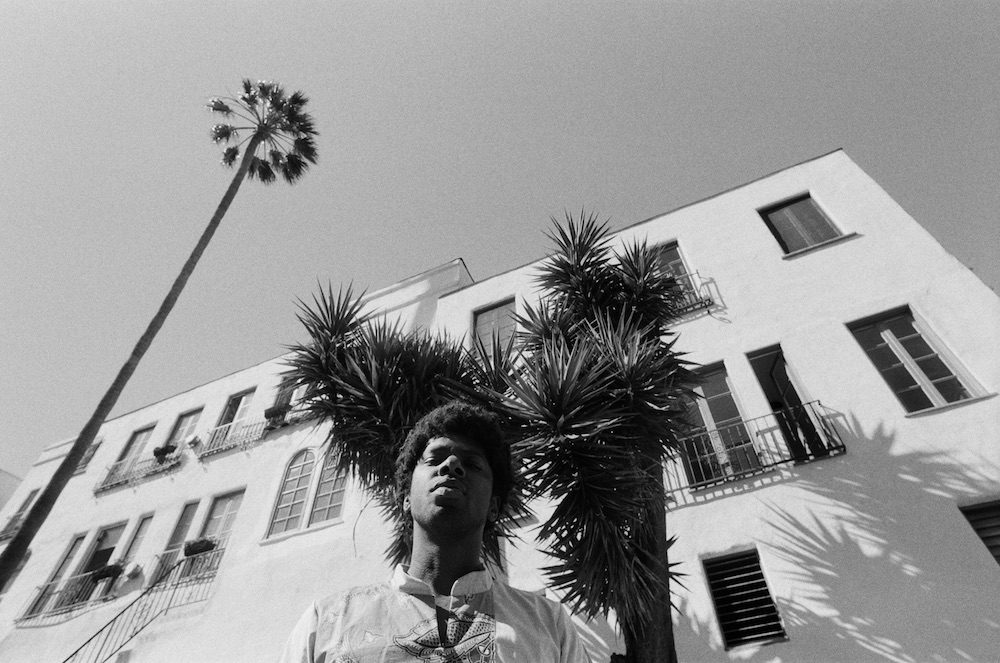 If Curtis Harding hasn’t appeared on your radar yet, then it’s high time. The promising soul artist continues to deliver refreshing psychedelic songs, both as a solo act and as a member of the band Night Sun. Harding’s dedication and attention to detail translates as an innovative sound, that’s received high praise from critics and fans alike. The Atlanta-based musician speaks to Schön! on his new track On and On, blended sound, and what’s to come.

Soul music takes in the new while staying true to its roots and artist Curtis Harding is no different. He embraces his quirks, background, and individuality in all that he does while recognising each chapter in his story. Harding explains: “I’d never lived in one place longer than 4 or five years until Atlanta. I also was young enough that my ideas about modern music and how to make it were still being formed.” At a young age, Harding was introduced to music by his parents, particularly by his mother. He would watch as she sang gospel professionally and learned firsthand about performing. Harding cites the move to Atlanta, GA as the moment when his sound began to emerge: “I found an extended family and community of people I vibed with. I felt we understood each other and that’s key to me in doing something new. The people around you have to be on the same page.”

From fellow local artists to R&B-pop phenomenon Cee Lo Green, Harding’s musical family in Atlanta became an extension of the musical family he had growing up. Harding’s growth and genre progression were seamless, as gospel, to him “is soul music. It technically incorporates the same progressions. So it was a very natural attraction. Same with the blues, country, and rock & roll.” Any given track by Harding does exactly that, incorporating very different sounds to create beautifully layered songs. While remixing and sampling may seem like commonplace in today’s music scene, Harding admits that he doesn’t keep up with other artists. Rather, he hopes good music will prevail and ignores the politics of it all.

Harding focuses on his contribution to the genre and producing work he’s proud of. When asked whether the lyrics or the sound comes first, Harding is quick to respond: “Lyrics are very important to me, however melody can provoke strong emotions without a word being said. For me, what comes first and most importantly is how it makes you feel.” Harding creates those raw feelings by tapping into personal experiences and emotions. When the process works, Harding succeeds and has yet another hit in the making. Other times, though, the process is easier said than done. Constant writing, playing, and producing can be tiring, especially when survival hinges on that passion. Yet, Harding remains energised by “trying to enjoy life and having fun with friends and family. Creating memories with people is always a good way to fuel your passions.” That balance and inspiration led to On and On, Harding’s newest single. The song epitomises Harding’s music, from the soulful, booming vocals to the rock-R&B fusion. The single marks Harding’s first solo song since his 2014 debut album, Soul Power.

Looking to the future, Harding says, “I’m figuring out how to make a film right now.” He not only plans to learn the ropes and spearhead the project, but to score it as well. This project alone seems like a massive undertaking, but to Harding, it’s just another outlet. He loves writing and making music above all, a love that’s brought him this far and will continue to propel him. After On and On, Harding says to expect another single and preparation for his European tour this autumn. Harding maintains that he’s staying true to himself and expects fans will take note: “Listeners should expect the same thing I do. A good audible set. I’m working on making it more visually stimulating. That’s important to me too, because I’m a really visual person.” Harding’s quest to balance the sound, visual, and the vibe is no small feat. However, the trifecta defines Harding’s unique style and explains his success. His work ethic allows him to flow from project to project without faltering or falling short. His track record shows the music and its craft come first, but Harding ensures what’s next will be a rich, complex offering.

On and On by Curtis Harding is out now and available here.