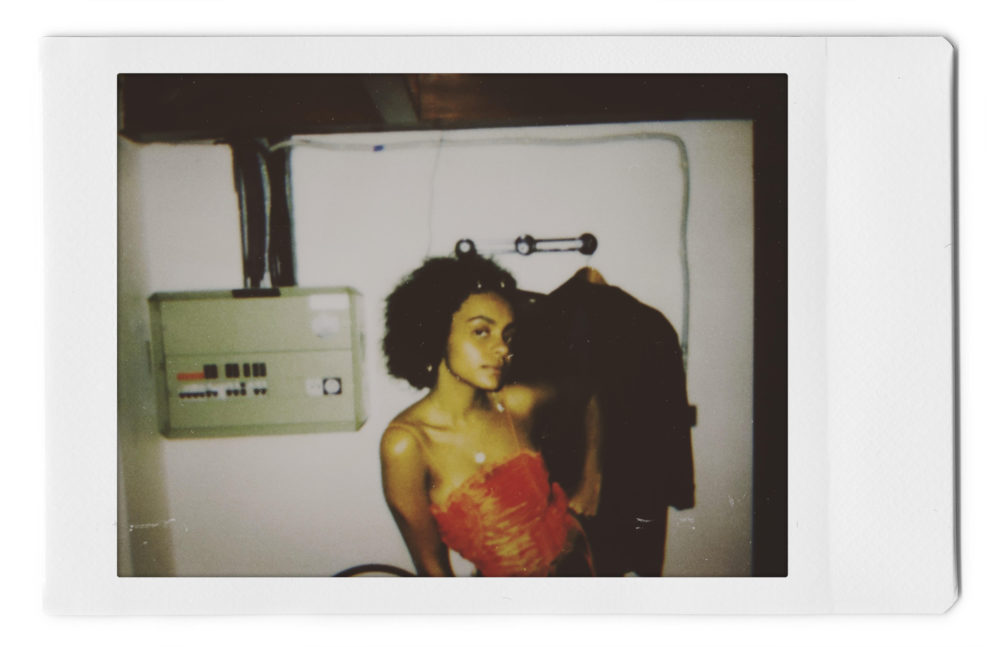 Under the smoky lights of a Parisian bar, French singer Crystal Murray strides on stage with the confidence of a seasoned professional. Despite being at the dawn of her career, the 18-year-old’s stage presence is enticing. Her magnetic eye contact holds the room, a connection she only breaks to turn and share a playful smirk with her band. She’s an expressive storyteller who sings every word with the conviction of a diary entry. “I like writing when I have different emotions,” she says. “The more you grow, the more emotions you feel.”

Murray grew up in the 20th arrondissement of Paris. Her childhood soundtrack included the voices of Marvin Gaye and Minnie Ripperton from her Afro-Jazz playing father, and the rhythms of Cuba from her mother. In her own music, Murray’s sound is light-hearted and jovial. She sings with the sultry rasp and frankness of Amy Winehouse and the warm tone of Erykah Badu. In contrast to the maturity of her vocals, lyrically she embodies youth. A subject matter that inspired her newly released debut EP I WAS WRONG. It’s a collection of songs reflecting back on a wild period of her teenagehood. “I think the next EP is another beginning of something,” she says as she sits down with Schön! to discuss the creative scene in Paris and what she learned on her journey.

Let’s start from the beginning. How do you think your background shaped you as an artist?

Everywhere you go shapes you as an artist and person. My dad is Afro-American [and] a saxophone player in a jazz band. My mum is from Spain in the Canary Islands. She also has family in Cuba so she taught me Cuban music. Music in my family comes from church. My grandma played the piano and my dad performed. He started learning the saxophone on his own and grew as an artist. Then I came along, and he was touring a lot, so it’s something I grew up around.

When you began discovering your own music taste, what did you listen to?

It’s always developing. I listen to a lot of different things. I listen to Jazz, RnB, Macy Gray, Kelis. Kelis and Macy Gray really inspire me in my career. Just the way they are on stage and the way you feel listening to their music. I love when singers scream their emotions. 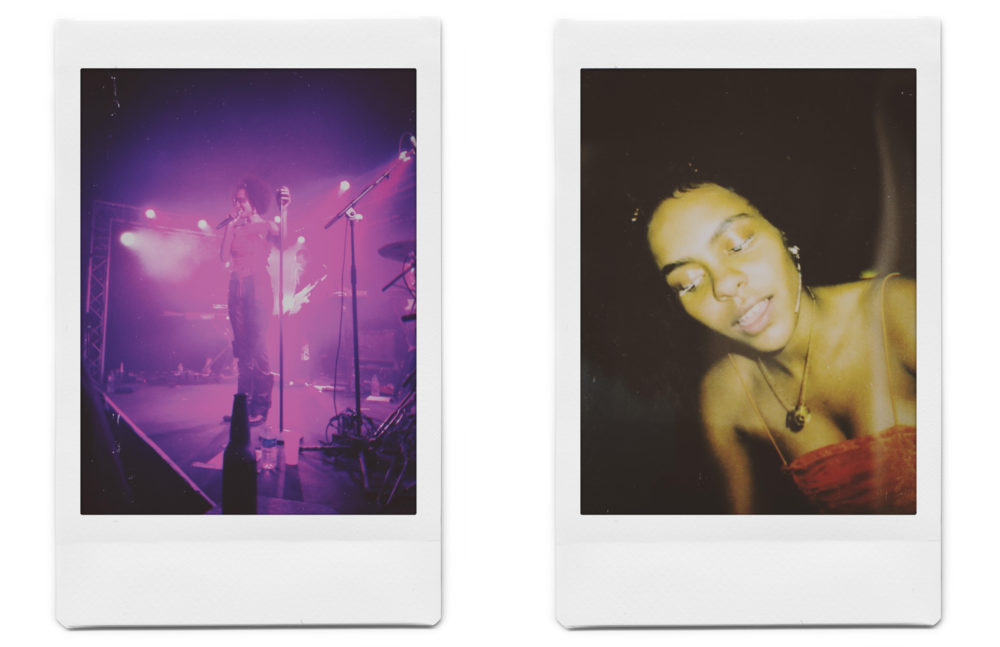 When you first started out, was it hard to find your sound?

I’m still looking for it! I’m really just starting. When you start putting songs out, that’s when your career really begins. Before that you are just doing your own music. You’re your own artist. After people start to hear your sound that’s when you think okay, where am I going with this?

Where do you find inspiration for your writing?

My life, my friends, emotions I’ve felt. It’s funny because writing helps me realise the emotions that I have. I’m still young so I still have a lot of things to feel. It’s different at every age. Even love, you think you know it and then you realise, it’s actually not like that. It took me a really long time to discover sadness because I’ve always lived a nice life with a loving family. Recently, I was really sad because of a breakup and it was the first time I had felt that sad which was crazy! It was like a new emotion.

Yeah, it is, totally. I think the therapy is when you turn it into music because then it makes sense. Just writing things, at least for me, doesn’t make sense all the time. When I put it in a song, it’s like, woah, I just put a whole emotion into a two minute, 25-second song. It’s so crazy!

Who do you make music for?

I definitely started doing it for myself, and I still do, but now I want to touch other people. I’m not always thinking of other people when I write. It’s all my own emotions but when the whole song comes together I’m like, what sound does this need for people to understand what I’m feeling right now and to relate? 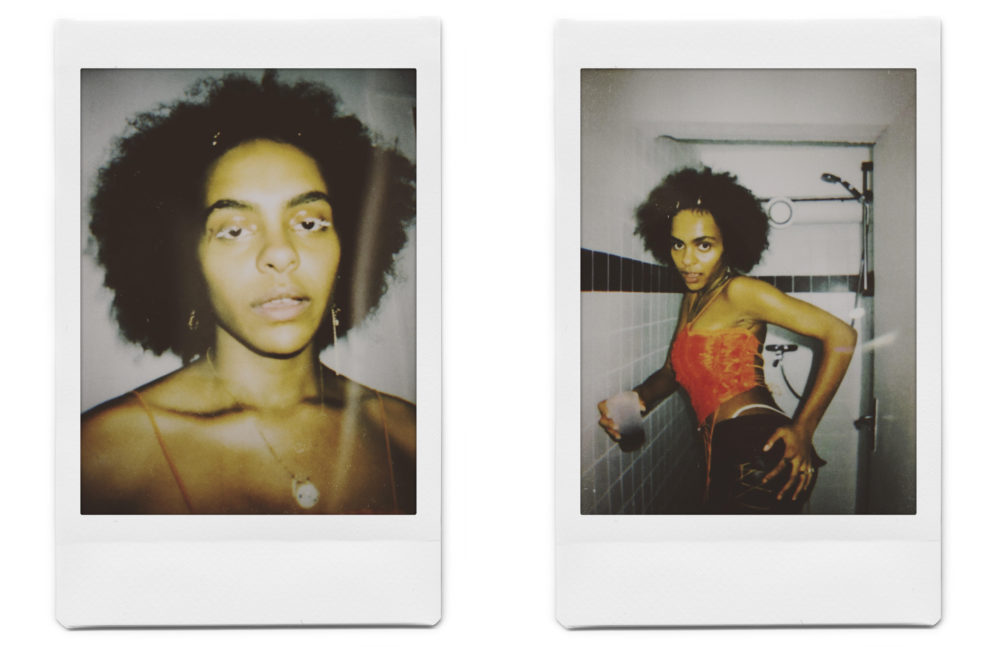 Is that a similar reason to why you and your friends created the online platform Safe Space, so victims of abuse and harassment could share their experiences?

We were missing something here. We were young and realised that we never really talked about our sexual problems or our problems as women. We were becoming women but all we talked about was boys and blah, blah, blah. Then we started talking about so much more and really helped each other. We realised that a lot of girls probably had the same questions and similar stories to share, so we should take all the questions that we had to camera. It was a really good thing to do as a teenager because a lot of people wait to talk about some of those things until they’re adults.

Can you tell us about your debut project I WAS WRONG?

It’s my first EP and I’m really excited about it. I worked with a lot of different producers that I love. I want people to see an evolution [from] the songs I did a year ago. I’ve changed a lot since I was a teenager. I think it defined a moment in my life when I was just starting to do music. It was like a revelation. I was doing all this modelling stuff, I was in school, and then music came and I felt like I had found myself. I started doing things I really like, meeting people I really love. It was a phase with an explosion of emotions. I felt like I could do anything.

What’s the significance of the title?

I always did what I wanted to do as soon as I wanted to do it. I hurt some people around me but I did it anyway. I was in a really fashion-y world at one point and I discovered a lot of musicians and artists through that. And now I’m here living out this career. Even my mum is now like, actually, it was cool that you did that. We fought so much before because I was going out with all these fashion people and I was DJing. It’s normal that she wasn’t happy about it then but now she thinks it was cool.

What did you learn most from that period?

It shaped me because I lived through some things that I was maybe too young for. I did two years of that and it was cool. I feel like Paris introduced me to a lot of people I’m working with now. There was this huge energy where people wanted to do things together. It was a moment in Paris. We had our shine. The young people could feel important and I was the youth. I’m still the youth!

After someone has finished listening to your whole EP, what do you hope they think?

I think people will be like, “what’s next?” I don’t know if they’ll be like, “oh, wow, I love it so much” but I think they’ll be interested. Maybe they will love it! 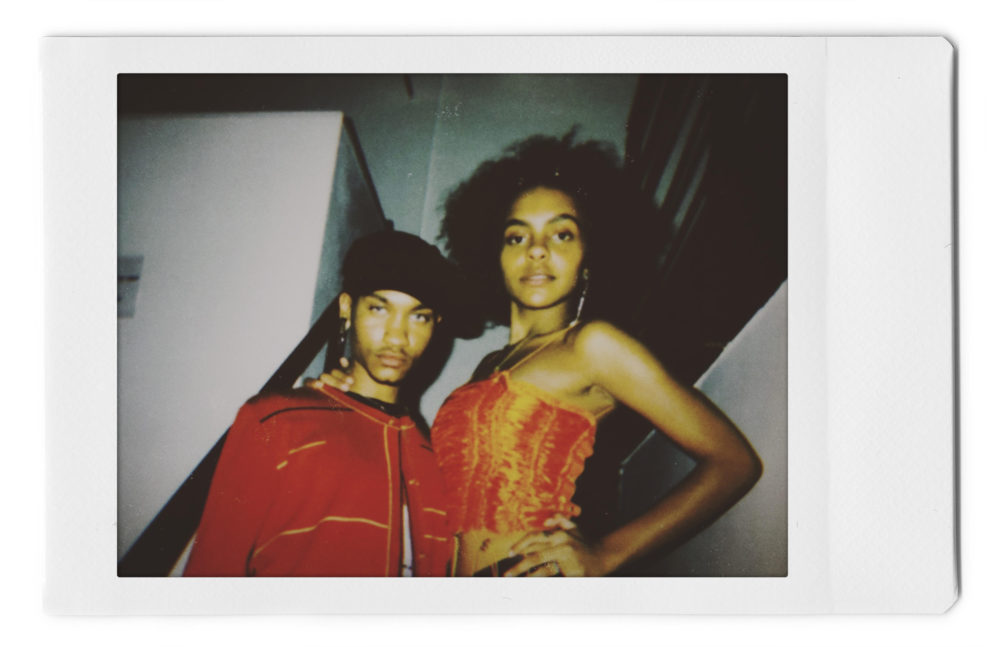 Check out Crystal Murray’s debut EP ‘I WAS WRONG’ out now.