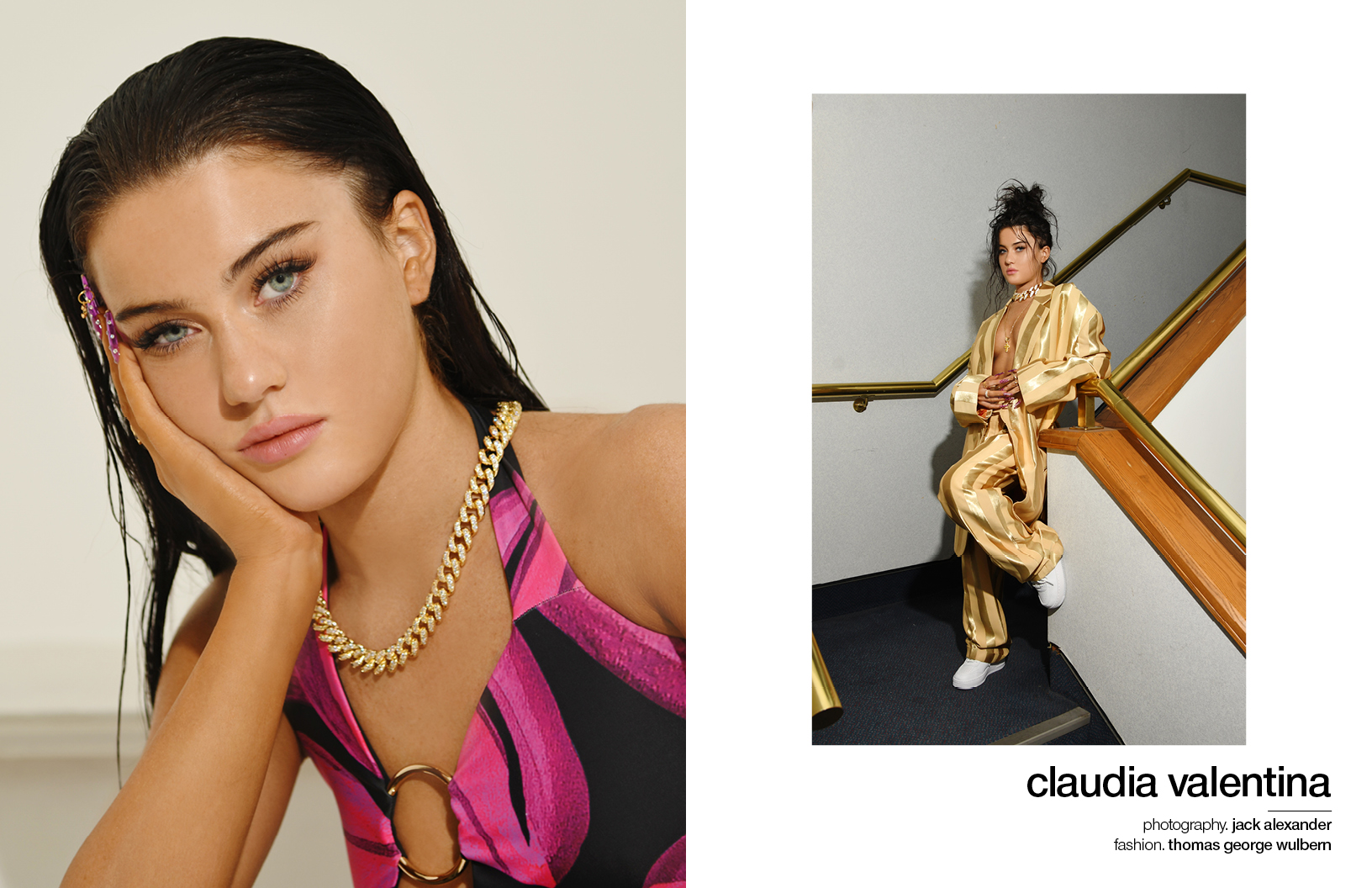 The fearless and incredibly talented Claudia Valentina is a formidable new voice in music. While Valentina started gaining attention this past year, she is no stranger to the industry. The driven 19-year-old got her start in London’s West End at 10 years-old. Now, Valentina is a supernova waiting to explode onto the pop scene. In her debut self-titled EP, her sound ranges from pure boss energy on tracks like 4:15, to honest vulnerability on tracks like Seven. While Valentina loves making up-beat and sexy pop bangers, she also takes charge of the opportunity to channel her deeper emotions through music. The ability to go from exuding total confidence, to letting her guard down and showing her listeners a softer side, is one of the many reasons Valentina is a rising British star. As we start a new year, Valentina chats to Schön! about her influences, inspirations and the reality of creating amidst a pandemic.

You were in the West End at 10 years-old and in LA making music at 13. From these early experiences to your recent EP, how have you grown as an artist?

Living in an adult world and working so young made me grow up quick and made me tough as fuck. I’ve been working as hard as I’m working now for the last 10 years. The industry is cut-throat, and especially living in LA, people are full of fake promises so finding my way taught me a lot about myself.

What inspired you to get into the industry at such a young age?

I never had to think about it. I have no idea where the obsession came from other than the fact that I’m a very obsessive person. To this day I don’t really think about anything else. 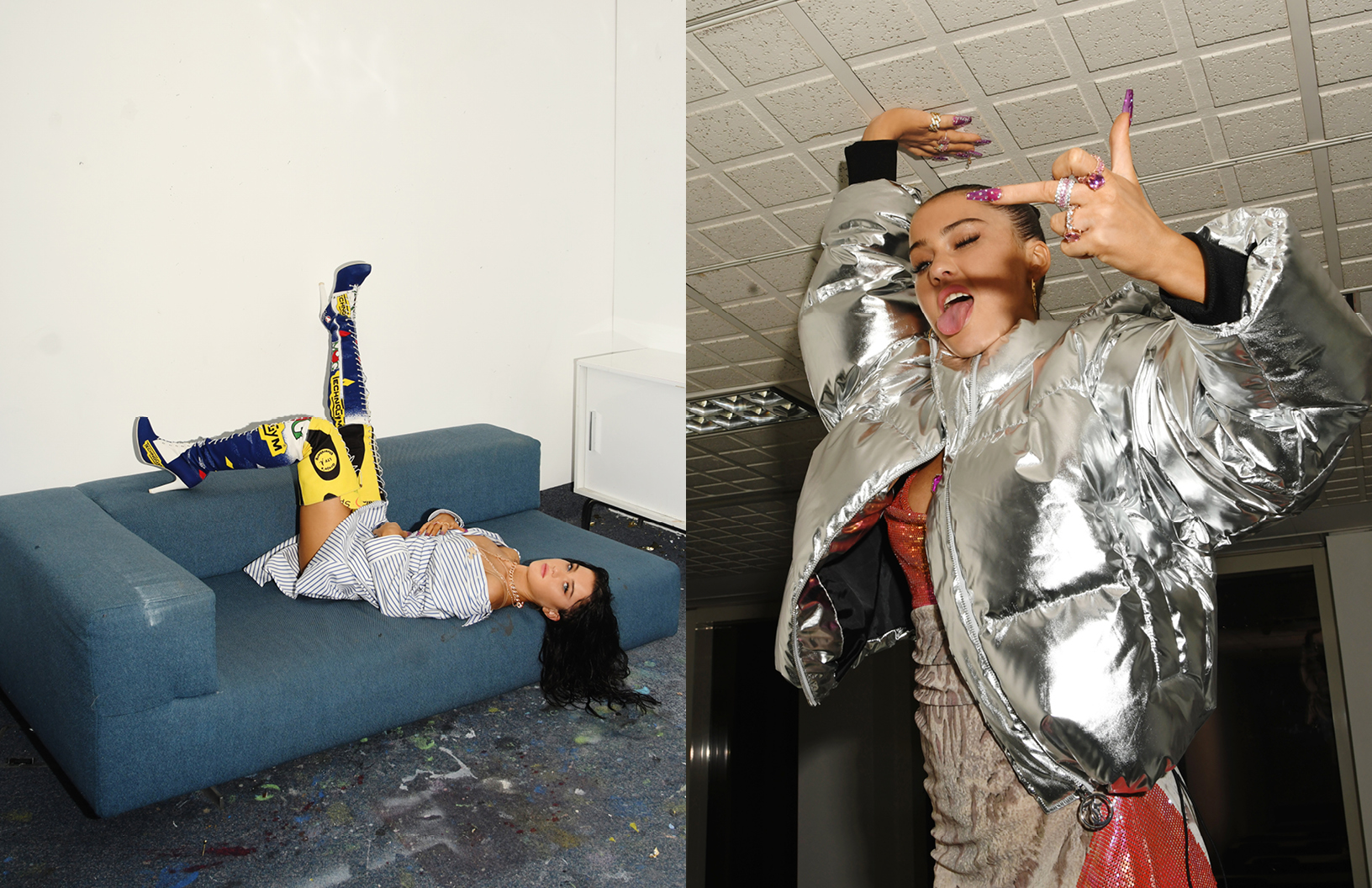 What is the mood behind your recent EP, Claudia Valentina?

I never set out to make an EP. I was developing my sound and secretly building behind closed doors. I like to think it captures a bit of my complicated personality and gives a hint of what’s to come in the future.

What motivates you as an artist?

My motivation is constant. Sometimes shit doesn’t go your way but I’ve taught myself to never let it knock my confidence. The more people [that] wouldn’t want to have a meeting with me at the beginning, the more it spurred me on to succeed. The end goal in my mind – which is world domination –  is made up of a million small goals that I set and will continue to smash down.

What do you find inspiring in the industry, and what would you like to change?

I am grateful to be part of an industry where I can meet so many new amazing people that I can work and create with. People in this game are often like-minded and have the same love and ambition for it. I’d love to see more women in all parts of the industry. I’m glad people are moving towards that. 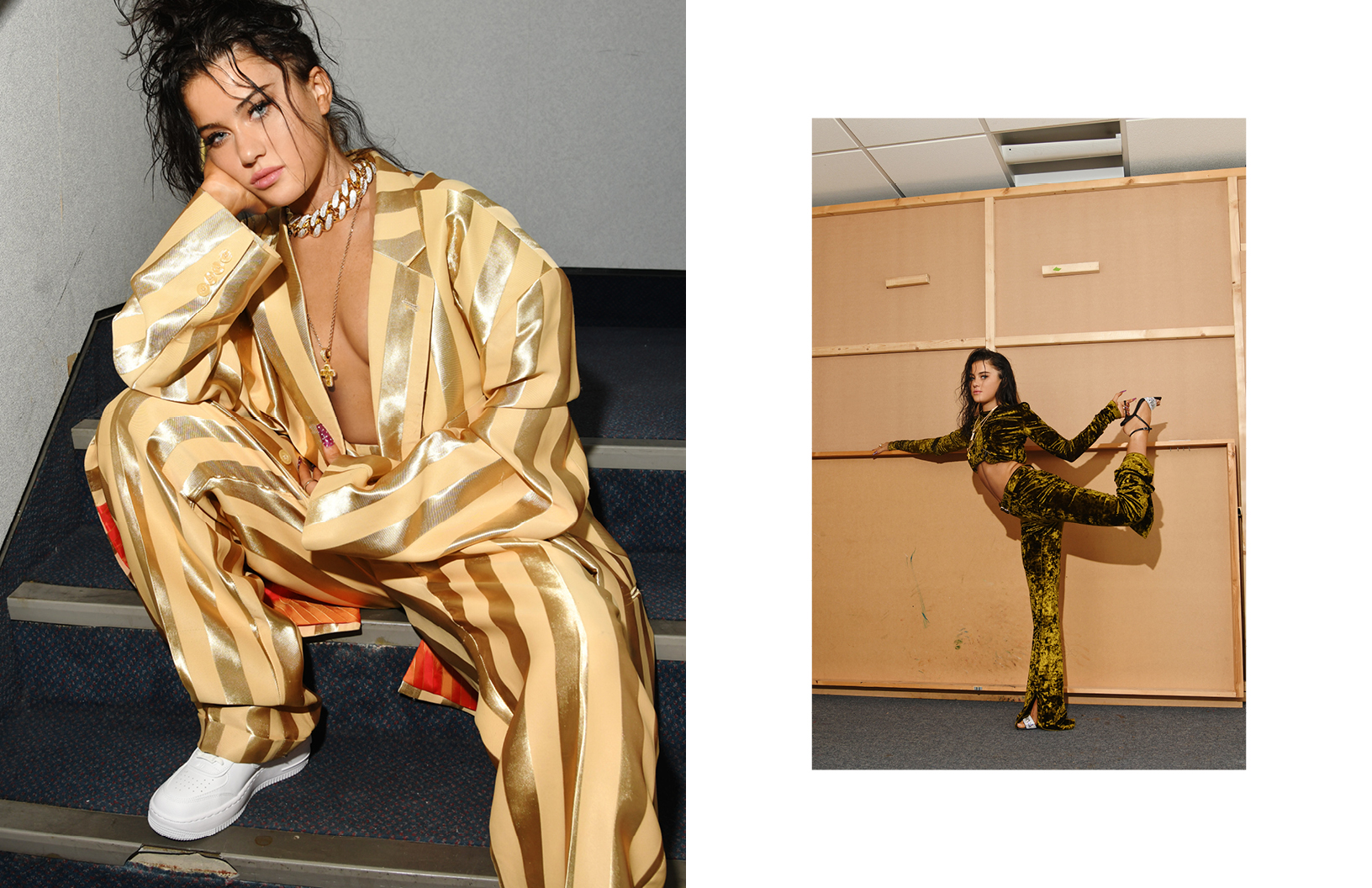 How has the past year been for you creatively?

2020 straight up SUCKED. It’s been so hard for everyone but I’m so grateful that I’ve been able to carry on and find ways to keep creative during this time. It’s given me time to breath for the first time in a while. It’s also the first year I released music so, although it wasn’t how I’d planned, it feels amazing.

Your track Seven shows a more vulnerable side of you. Why was it important for you to put that out there?

It was important to me that I didn’t run out into the world guns blazing with a massive pop track. The song is stripped back, honest and a story I hope people relate to. I love writing empowering, up-tempo bangers but I don’t just make one style of music. I have a million emotions inside me and getting the vulnerable ones out in a song like Seven is really important to me.

How do you want your music to make people feel?

I’m a deep thinking individual and my music is completely a reflection of myself. I’d love for whoever the listener is, boy or girl, to listen and relate to the lyrics. Sometimes I feel like a bad bitch and wanna make a really hard RihRih pop song. Sometimes I feel stupid because some guy has made me feel like shit. I want people to listen and know their feelings are real. 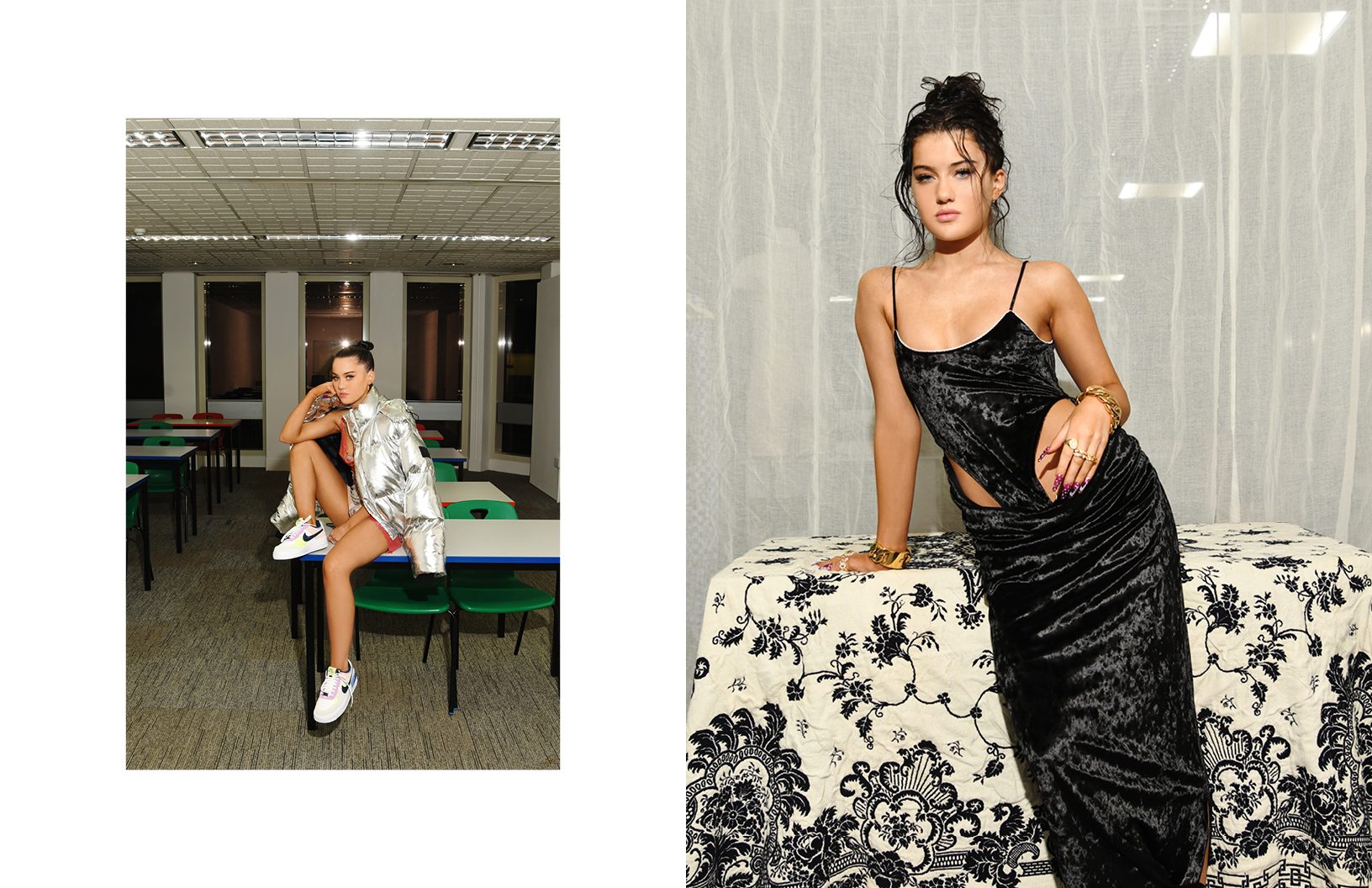 How have you found producing and promoting your work during the pandemic?

It’s completely unknown territory. It’s impossible to know the right thing to do.  When I released my first track, the first time I’d ever released music, I was scared to death because I have been waiting my whole life to be ready and for the right time. You can’t get stuck to the plan in your head because God laughs at you and will throw something in your way. For me it was all about adapting and finding a way forward.

What advice would you give to other young creatives in the industry?

If you’re not 100% then get out. If it’s in you then never take no for an answer. Back yourself even when no one else does. Never compare your journey to anyone else’s.

What can listeners expect from you next?

The music that is one day coming has kept me awake with excitement for years. The best version of myself right now is in it and I’m beyond buzzing. Keep your eyes peeled, people. 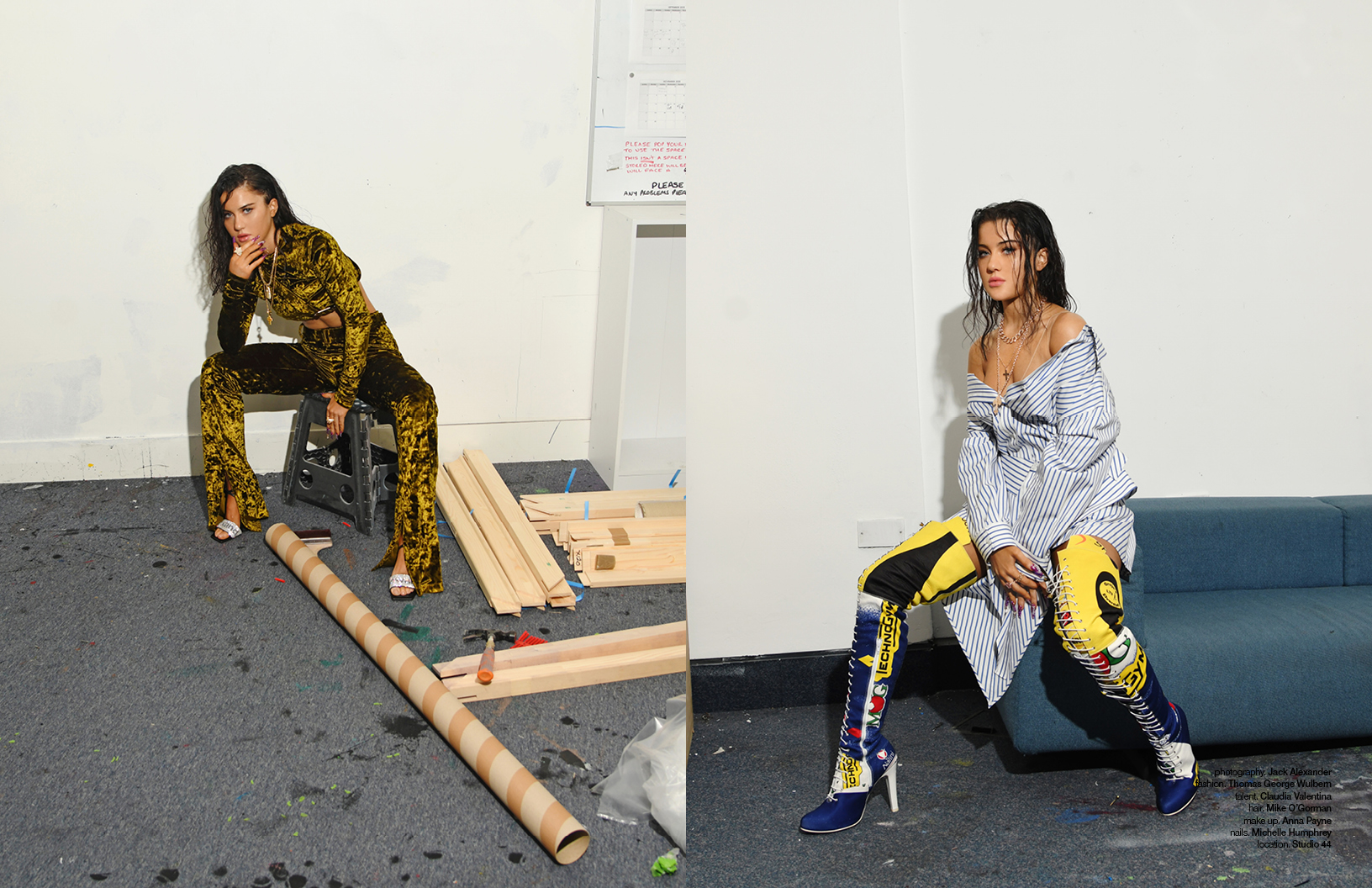