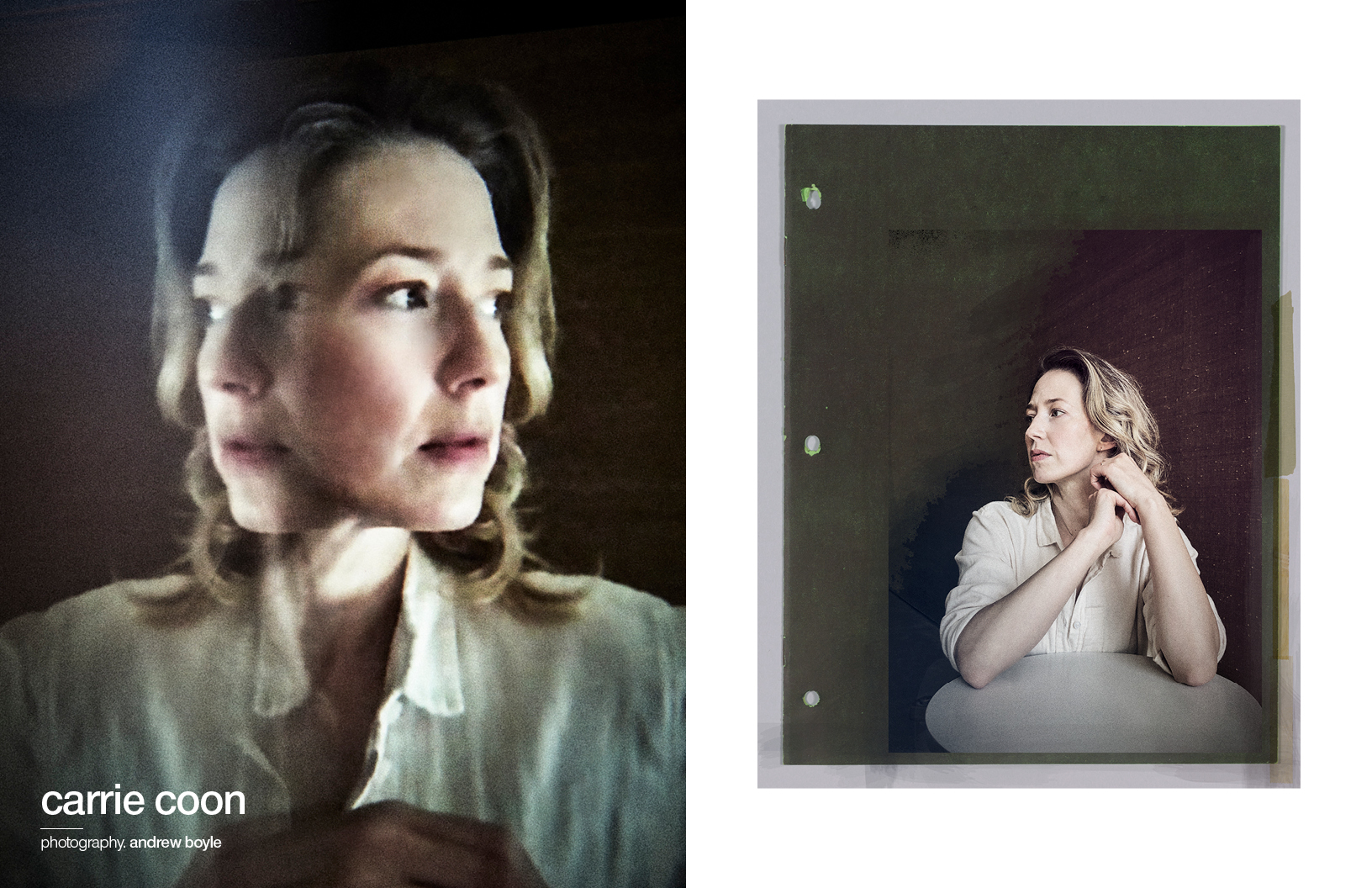 When Carrie Coon began to book film and TV roles after years on stage, she gained a reputation for playing tragic figures with the odds stacked against them. Think Nora Durst in The Leftovers who lost her husband and two young children. Or, Gloria Burgle in Fargo, battling through a divorce and her stepfather’s murder. What this reputation buries though, is the innate strength all these characters have, a palpable resilience that Coon emanates through the screen.

This strong sense of self despite adversity is also true for her latest role in Sean Durkin’s The Nest. In this ’80s period piece, Coon stars opposite Jude Law as a marriage that is being tested by a move across the pond. Throughout the arguments that break out, Coon’s character, Allison, is not one to back down and be afraid to speak harsh truths. Despite the tense premise, Coon says the couple is “well-matched” and the audience may be rooting for the marriage to survive. Read on to see what else Coon told Schön! about the role that Sundance raved about earlier this year.

Before you were on our TV and laptop screens, you worked many years as an actress in theatre with some odd jobs to support yourself. In what ways are you glad you got those years before going under the Hollywood limelight you are in now? In which are you not?

My modest existence as a theatre actor taught me both practical and artistic lessons. I learned to live within my means, to cut coupons, cook and freeze food, and save my money, although I credit my parents for teaching me how to take responsibility for my choices well before I started my career. In a gig economy, one must always be prepared to weather the boom and bust cycle, so I don’t take any of my recent success for granted. I could so easily find myself unemployed.

What kind of changes do you think the recent recording of theatre productions in light of the pandemic will bring about to the industry long term?

My husband and I both grew up in small towns without a lot of access to live theatre. We have always supported technologies that make art widely available, such as film adaptations of plays and yes, live-streaming or recordings of live performance. I hope that with the advent of online viewing, live theatre will become like a pilgrimage. For example, I know of so many young people who were exposed to the musical Hamilton through the show’s recording and committed to seeing the show as a celebration of their fandom. Perhaps these recordings will inspire a new, young generation of theatregoers and artists. 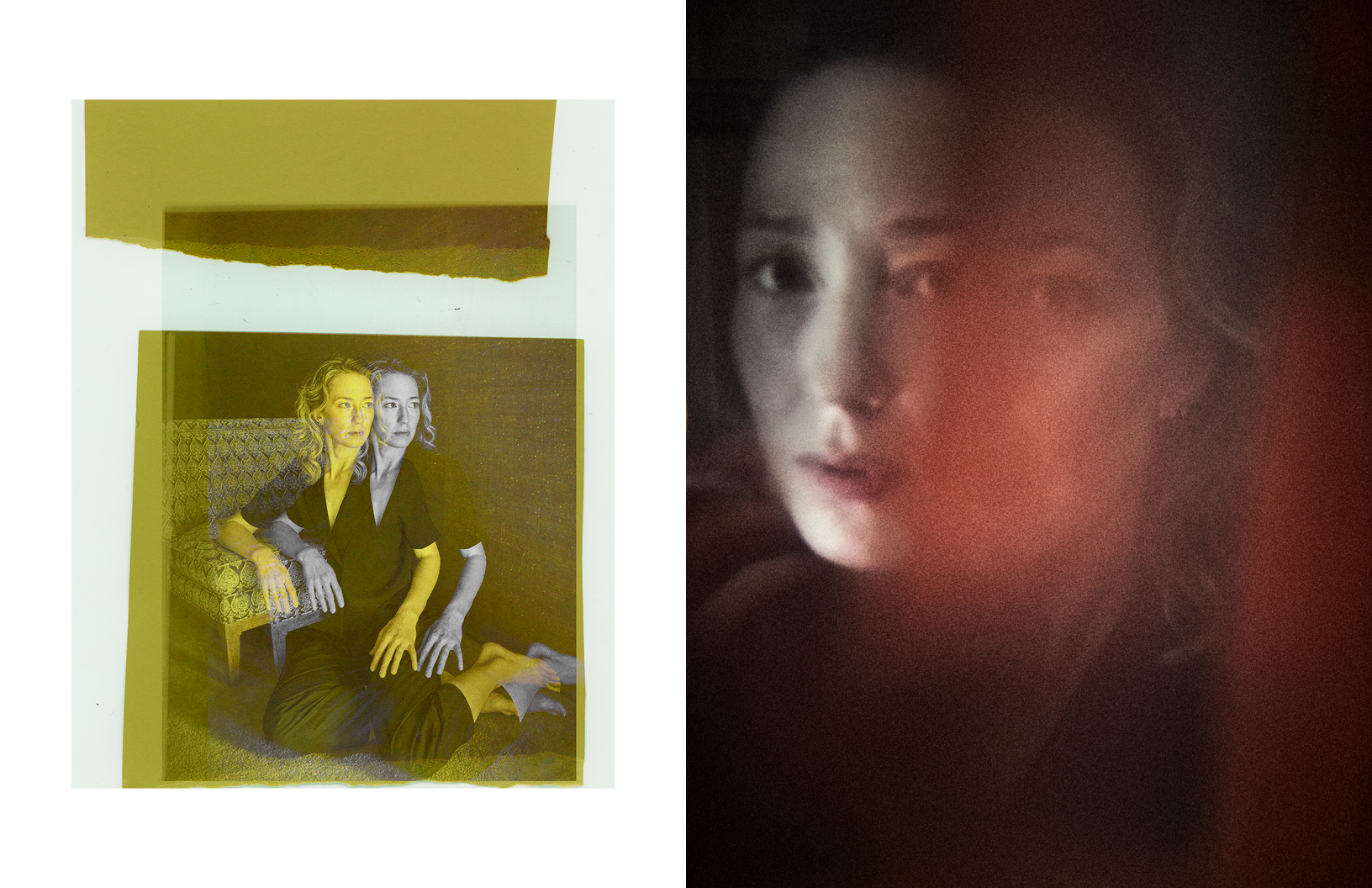 A lot of your work has grim tones, to put it lightly. Do you ever find it necessary to find positive moments to balance out the dark moments? If so, where do you find them, on or off set?

My family is mystified by the gravity of my resume! My friends would describe me as lighthearted, funny, easy-going and directors are often surprised enough by my ebullience to comment on it. They are expecting a heavy presence, but I don’t take myself too seriously. That’s not to say I don’t take my work seriously. I am prepared, but self-seriousness takes the focus off of one’s scene partner and puts it onto one’s ego, and that’s not where a scene happens. I have always felt that if I do my job well, I’m leaving everything I have on the set or on the stage, and I can walk away clear and unburdened and at peace. Work does tune my ear to the world, however, so when I’m engaged in a project that occurs to me as grim, that’s what pricks my ears, so it is important to find balance. I exercise, read, and meditate to make sure I can let go of feeling states that would crowd out well-being.

The Nest is another dark film, depicting marital strife harming the entire family. How did you think this role would challenge you in a way your previous roles haven’t?

I admire the restraint in Sean Durkin’s writing, but I suppose I’m drawn to restraint because it has a fundamental tension. There is an engine running the characters that rarely boils over, so they are coiled and enervated. That’s an exciting quality, especially when you are playing with talented actors. The challenge is being up to the task! Debra Winger told my husband that the job of playing a leading role in film is to be interesting in every frame, and I think she’s right. In a psychological drama like The Nest, you have to trust the script to do the work and try not to do too much.

How did you land this role?

Rose Garnett, formerly of Film 4 and now head of BBC Films, is an old friend of my husband’s and she introduced me to Sean at a brunch a few years ago. She admires my work, and when she signed on to produce The Nest, she championed me for the role of Allison. Leading roles in scripts from well-respected filmmakers are often snatched up by big stars before I even have a chance to read them, so this was a rare and welcomed opportunity for me.

Seems like there was a lot background work to do for The Nest. You said elsewhere you had to learn horse riding for the movie. On top of that, its psychological elements seem quite taxing. How did all of this come together in your character?

The Nest was the first film I did after the birth of my son. I had less time than ever before to prepare, but at the same time, I was juggling the challenges of being a mom, a wife, and an entrepreneur, which is exactly where we find Allison, albeit further along in the journey. The horse riding lessons were a real gift because it’s such a specific discipline and it required my focus in a way that was a reprieve from those other pressures. You can’t lie on a horse—they feel everything in your body—so it’s a wonderful invitation for an actor to practice staying present in the moment. It’s relaxed readiness, which is the best place to start.

How did you unplug after a day in character?

There was no time to unplug! I would eat a late dinner and go right to sleep so I could get up early with my baby before a long day on set. And my free days were my nanny’s day off! So, no rest for the weary.

The Nest is posed to somewhat surprise the audience in its depiction and understanding of marriage in many different ways. Which will be the most surprising element in your opinion?

I don’t know of another film that deals so specifically with the tacit agreements that make up a marriage, especially a marriage that is markedly more egalitarian for its time than on average. We encounter Allison and Rory at an inflection point, where many of the unspoken rules governing their family have to be renegotiated for the marriage to survive, and we root for them because they’re well-matched. I think the film surprises because so many marriages proceed this way but so few films deal with the dynamic nature of relationship without introducing divorce, infidelity, or death.

Regarding the physically and emotionally isolated nature of the home in The Nest, given the collective experience of self-isolating at home, some of us seeing just our families the last couple of months during the lockdown… Do you think this will affect the reception of the movie at all?

Film and television can be very healing when the stories intersect obliquely with our political and social realities because it allows us to consider our situation at some remove. If The Nest can be a receptacle for some of that anxiety, hopefully, it will make for cathartic viewing. I suppose it’s possible some people might avoid it because they’re looking for [an] escape, but if the number of people who have found their way to The Leftovers during lockdown is any indication, audiences are embracing challenging material. 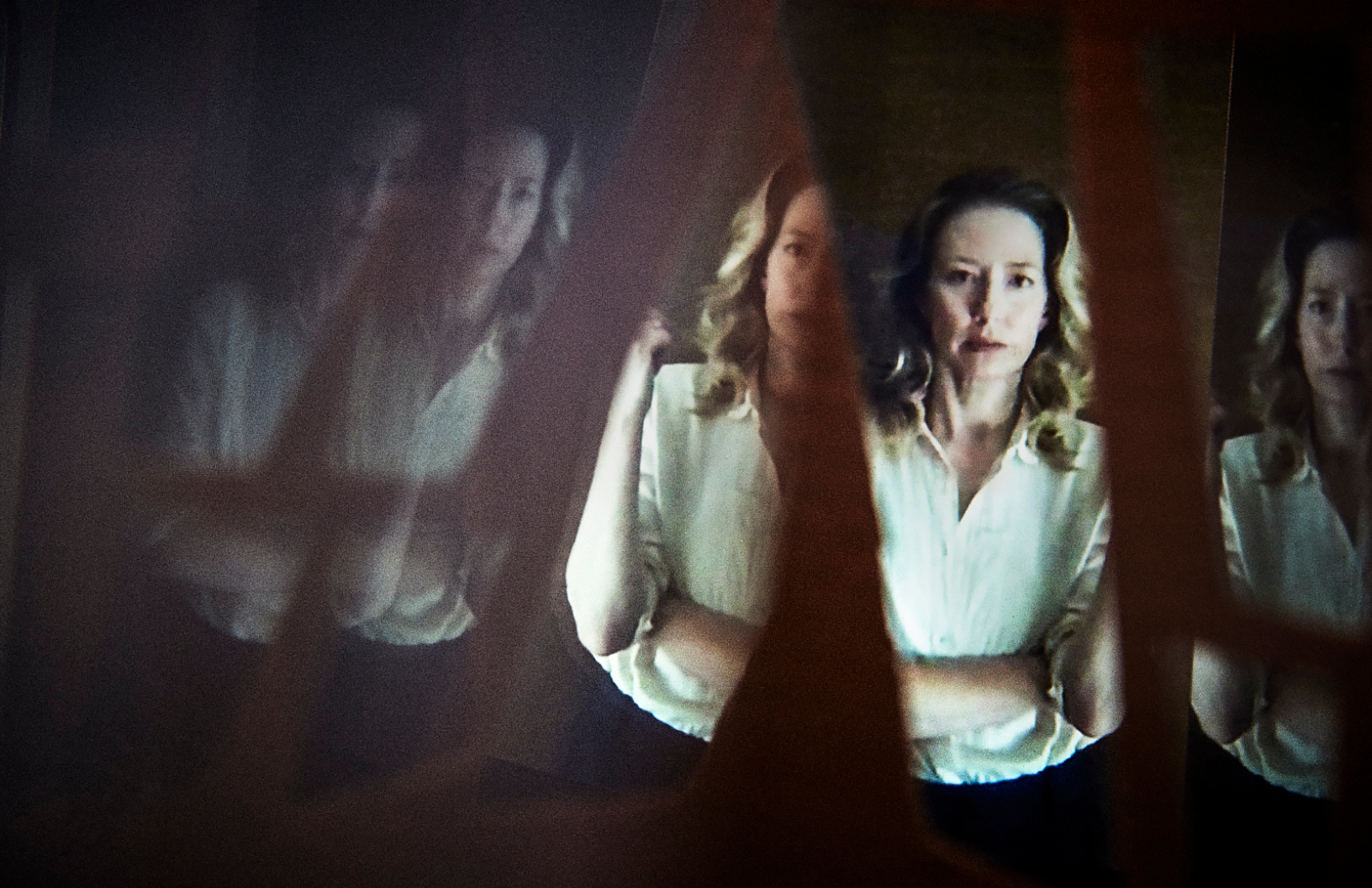 Shifting tone slightly, Avengers: Infinity War seems like a huge outlier compared to the other projects you’ve taken on. What was the rationale for taking on the role of Proxima Midnight?

Proxima Midnight was a voiceover audition for an “unknown Marvel project.” Apparently, the Russo brothers were fans of Fargo, so when I was chosen to voice the character they decided to offer me the motion capture, as well. I was in the middle of rehearsing a play in New York, but they were able to compress the work into two days—one day on set in Atlanta and another to complete scans at Industrial Light & Magic in San Francisco. It was such a unique and challenging opportunity! When I’m considering a project, I ask three questions in order: 1) Is the script well-written?; 2) Does the role challenge me in a new way?; and 3) What are the career advantages or disadvantages? I can’t say yet what impact playing a small part in the highest-grossing movie of all time will have in the long term, but I can tell you I’ve signed more autographs for Avengers than all of my other projects combined.

What are you more excited for, reliving nostalgia in Ghostbusters: Afterlife or dressing up for The Gilded Age, the so-called American version of Downtown Abbey?

Ghostbusters: Afterlife is in the can, and while I’m excited to share it with my fellow children of the ’80s, I always look forward to the next gig. And with the pandemic hitting the US so hard, I’m grateful to have a job when so many of my colleagues are struggling. As a theatre actor, I’ve worn my fair share of corsets and gowns, but The Gilded Age costumes will be especially sumptuous. The pandemic has afforded the artists more time for beading and hand-embroidery and the work is astonishing. I’ve always wanted to do a period piece and I couldn’t have dreamed up a more talented group of actors to dress up with.

It seems like you somewhat reluctantly got into social media as a part of media’s current landscape. How do you feel about it today? Any thoughts on downloading TikTok before the potential ban?

I was surprised how quickly I took to Twitter as a source for news and politics and I appreciate it as a tool for amplifying critical voices in the Black Lives Matter movement. I am too old and boring for TikTok but I think it’s an absurd focus for the president’s ire during our twin social justice and health crises. His abject moral failure is shameful.

Election Day, when we put an end to this nightmare, quell the rise of authoritarianism in the United States, and start the painful work of remaking our country so it lives up to our ideals. 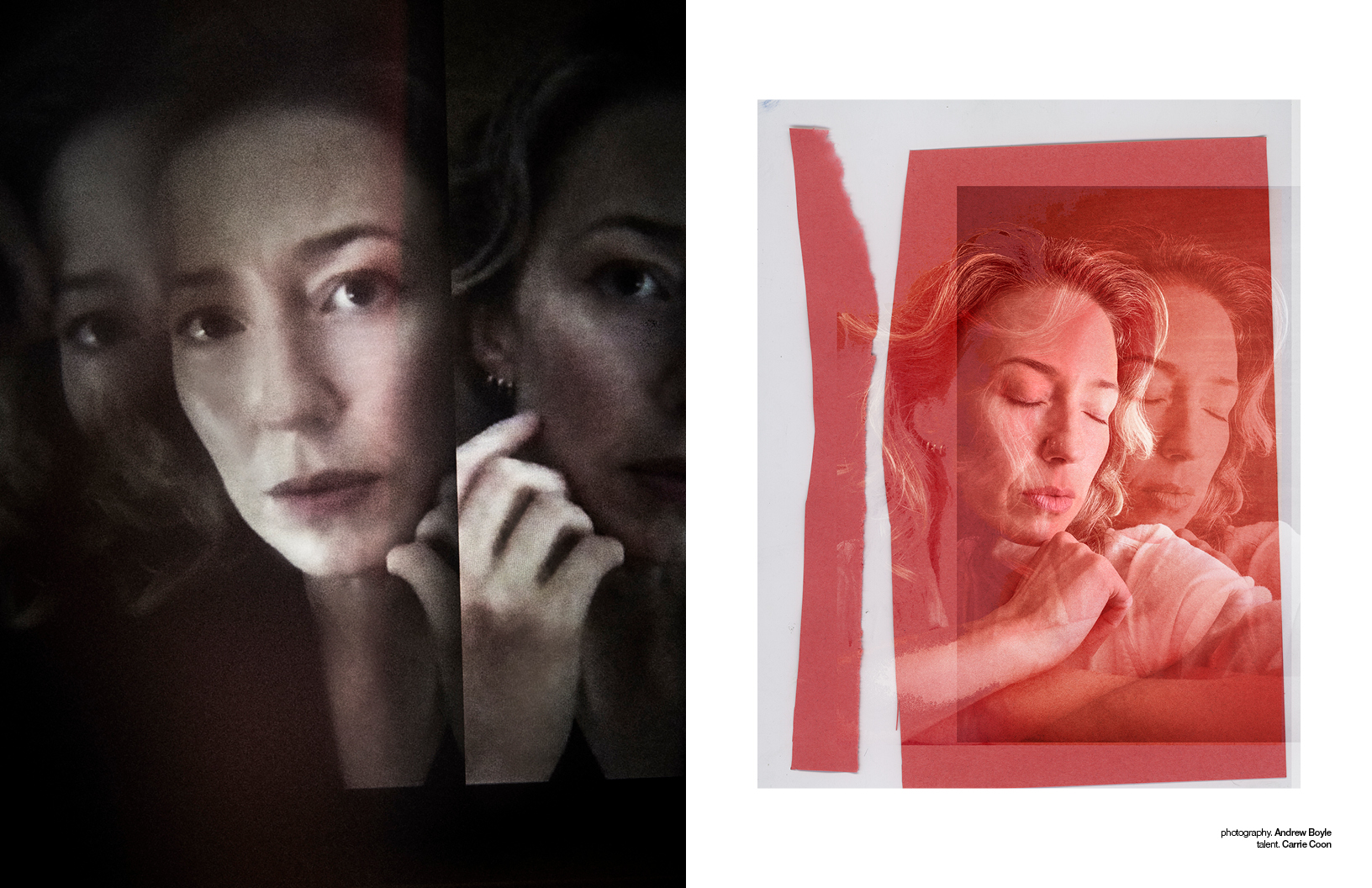 ‘The Nest’ premieres in select theatres on September 18. Watch the trailer here.