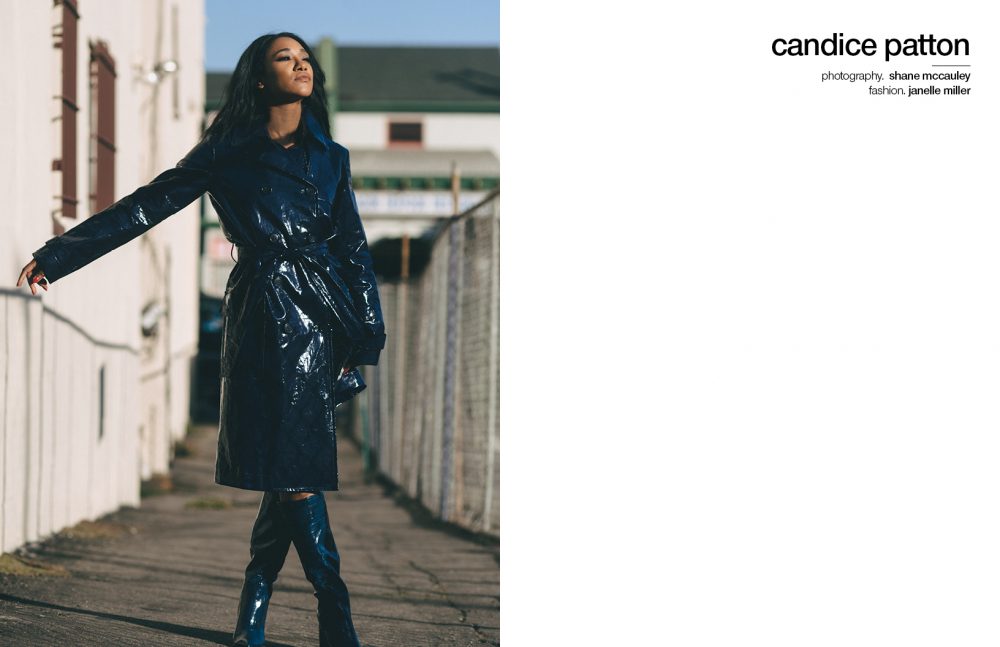 Five years ago, actress Candice Patton was thinking about calling it quits. She had worked as an actress for almost a decade, beginning her career in 2004 as a recurring character on the CBS soap opera The Young and the Restless and landing occasional featuring roles in the years following. But maintaining a career in the entertainment business — even a successful one — is a lot of work, and even with all of her achievements, going through all the motions of the industry threatened to exhaust her completely.

That is until The Flash came around. Debuting in 2014 as a spin-off of the popular show Arrow, The Flash quickly picked up both an audience and critical acclaim. As one of the show’s leads, Patton shined, becoming a fan favourite and earning her a Saturn Award for Best Supporting Actress on Television in 2017. She has since made appearances in other Arrowverse shows like Supergirl, Legends of Tomorrow and Batwoman.

As of late, Patton has kept busy with charity and activist work. She co-founded Shethority in 2017 with some of her fellow Arrowverse cast members, building the site as a community platform for women to share their experiences, concerns and personal struggles. Earlier this year she toured five U.S. military bases in Kuwait with the USO, visiting service members in celebration of Batman’s 80th anniversary with DC Comics. As The Flash continues with its sixth season, Schön! spoke with Patton about the show, her fans and her dog’s Instagram. 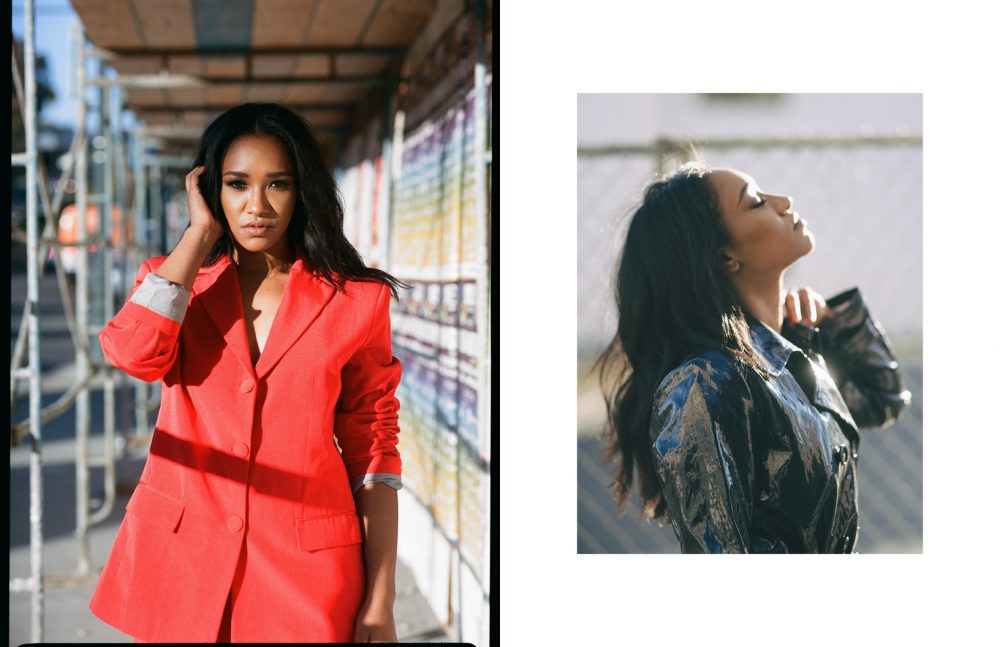 If you had a pick a moment that sparked your interest in acting, what would it be?

Say it all the time, but Lucille Ball was a huge inspiration for me growing up. I watched I Love Lucy every night for most of my formative years. I loved her. I loved her charisma, her fearlessness, her timing, and her ability to take up space. I just knew whatever it was she was doing, I wanted to do that for a living. She’s truly an ICON.

You’ve said you considered quitting the business before landing The Flash. So when you actually landed the role, what was going through your head?

Because of The Flash, you’ve also made appearances in other Arrowverse shows. When you first joined The Flash, did you anticipate such a large universe? How has it felt to see the world continue to grow?

I didn’t anticipate such a large universe at the time, but I guess we all should have seen it coming with how popular the genre is. I’ve always wondered about the audiences fatiguing with all the content available these days, but after six years in this world, it still seems to be an in-demand genre. It’s great to watch it grow. There’s a lot of great superhero content out there now and to compete it demands that creators in the space create stories and worlds worth tuning in for. 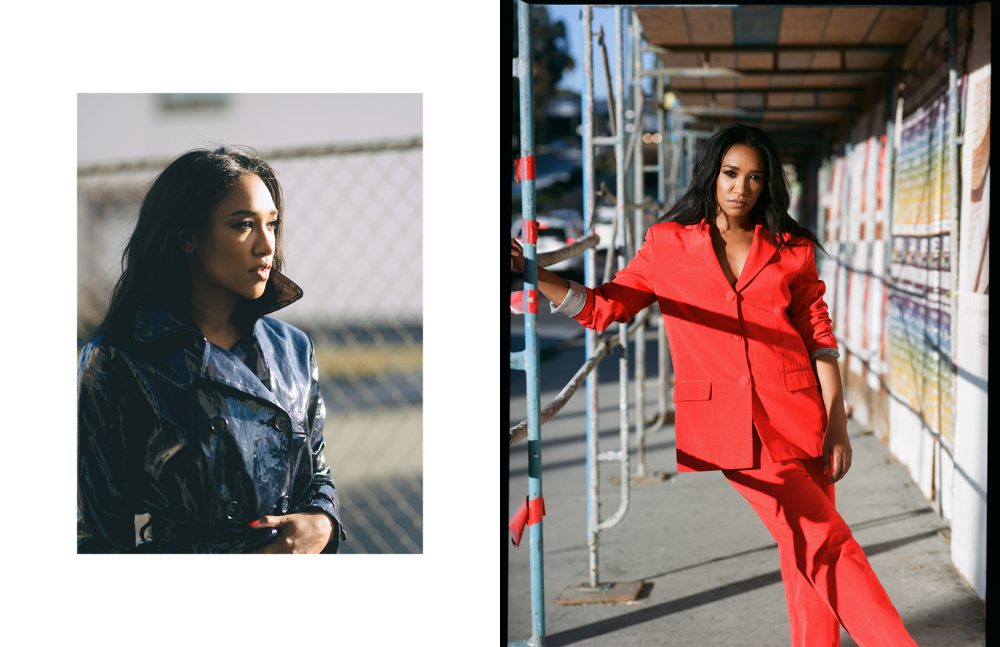 Has your relationship to the character of Iris changed since the beginning of the show?

She’s grown. The writing for her has improved and because of that I can breathe life into her much more and it definitely makes playing the role more engaging.

Do you have any memorable fan experiences from your time working on The Flash?

Early on in the show, I got a tweet from a mother saying she and her young daughter were watching the show and her daughter saw me and remarked, “Mommy, Iris looks like me! She’s beautiful. Does that mean I beautiful too?” I will never forget that. The impact it has is remarkable. I feel really proud to be a part of something where young black girls can see themselves as ingénues and as beautiful and desirable. I love knowing that little girl not only felt seen but felt special because of it.

We’ve heard that you hate photoshoots. After years of being on TV, have photoshoots got any easier, or is it still a bit daunting?

LOL. I absolutely hate them. I prefer moving pictures. Something about a still photograph really bothers me. It tells a story for sure, but not the whole story. It’s also hard trusting someone else to envision you in a way that you like. Everyone has a different lens. A photographer could take shots of me and think they are gorgeous, but I could hate them knowing it’s not the way I like to see myself. It’s all a mind trip. I like the photos I take of myself because I know what I like to look like. When I’m on a shoot I never like to look at the images, because I can get frustrated and shut down, so I have to just let go and let it be what it is and trust the people around me. Photoshoots are fun if you have a great team around you and good vibes, but they will never be my favourite.

If you could only maintain your personal Instagram (@candicepatton) or your dog Instagram (@zoekravitzwishes), which one would you pick?

Mine for sure. I’m terrible with updating Zoe’s Instagram. And she doesn’t even appreciate all the work I’ve done for her social media following, so… mine for sure.

What are you most excited about right now?

Just in a really good place and mindset right now. Taken me a while to get here, but it feels good. Feeling happy and healthy and active and optimistic about the future. Ready for new beginnings in so many aspects of my life and that is an exciting place to be. 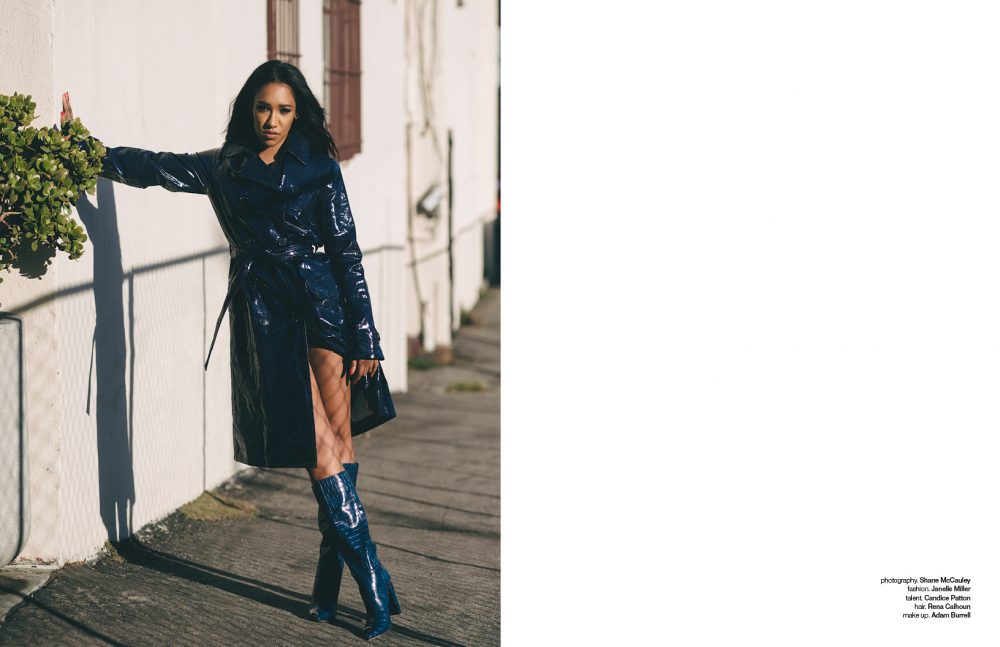 “The Flash” airs Tuesdays on The CW in the U.S. and Sky in the U.K.