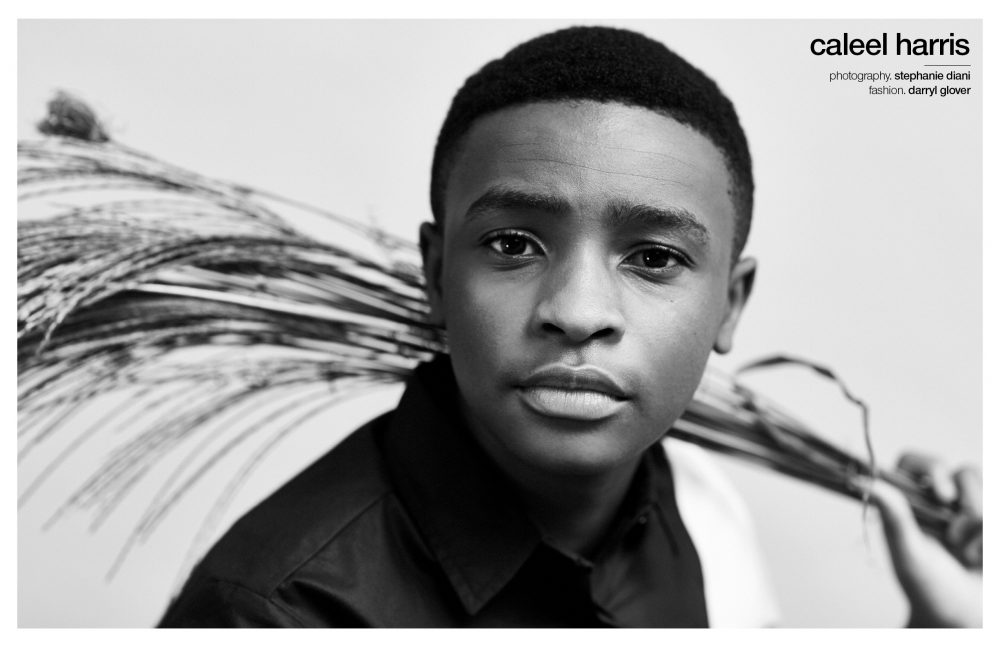 The story of the Central Park Five — Kevin Richardson, Raymond Santana, Antron McCray, Yusef Salaam and Korey Wise — may not be known by all, especially not worldwide, but Netflix’s When They See Us will change that. The four-episode production is equal parts haunting, beautiful and brutal — as if the real story behind it.

Set to a magnificent soundtrack, When They See Us, Ava DuVernay’s true crime miniseries is here to give the Central Park Five — the five Harlem teenagers wrongfully convicted of the rape and attempted murder of a 28-year-old white female jogger in 1989— the voice they lost that one night, three decades ago. And newcomer Caleel Harris is here to help her. Bringing young Antron “Tron” McCray to life on the small screen, Harris’ performance from the very opening scene is everything but small. Shifting from lighthearted to serious in a heartbeat, Harris is as incendiary in his role as it’s only needed in a hard-earned tale of abuse of power and racial injustice.

Much like 13th, When They See Us is a must-see instant classic; another of DuVernay’s master contributions to the African-American imaginary told through the scope of the Central Park Five. With the series’ release finally here, we sat down with Harris to discuss landing the role, meeting the real Antron McCray and what he hopes audiences will take away from the quintet’s stories.

When did you first get started on acting?

I got my first taste of the industry when I was four. I landed a commercial for a kid’s band, The Imagination Movers. I eventually moved onto doing national commercials, TV shows and movie projects.

Everyone will be seeing you in When They See Us now. How was it working with Ava DuVernay on this?

It was truly life-changing. I feel Ava DuVernay is one of the best directors in our industry. Ava put her heart, soul, blood, sweat, and many tears into this project and her passion for it radiates throughout the series. What sets her apart is she is just as concerned and passionate about her actors and crew, as she is about her project. She cares about and respects all of it equally.

I remember after I shot one of the more emotional scenes with my dad —played by Michael K. Williams—, I just couldn’t snap out of it emotionally. I was still crying and emotional well after they said cut. Ava just came over to me and gave me the biggest hug and wouldn’t let go until I got it all out. That’s who she is. I’m sure I held up the shooting schedule at that moment, but that was not her concern. I was. As special as I’d like to think I am, she treats everyone that way. That truly makes anyone working on her projects want to run through a brick wall for her because you feel she would do the same for you. 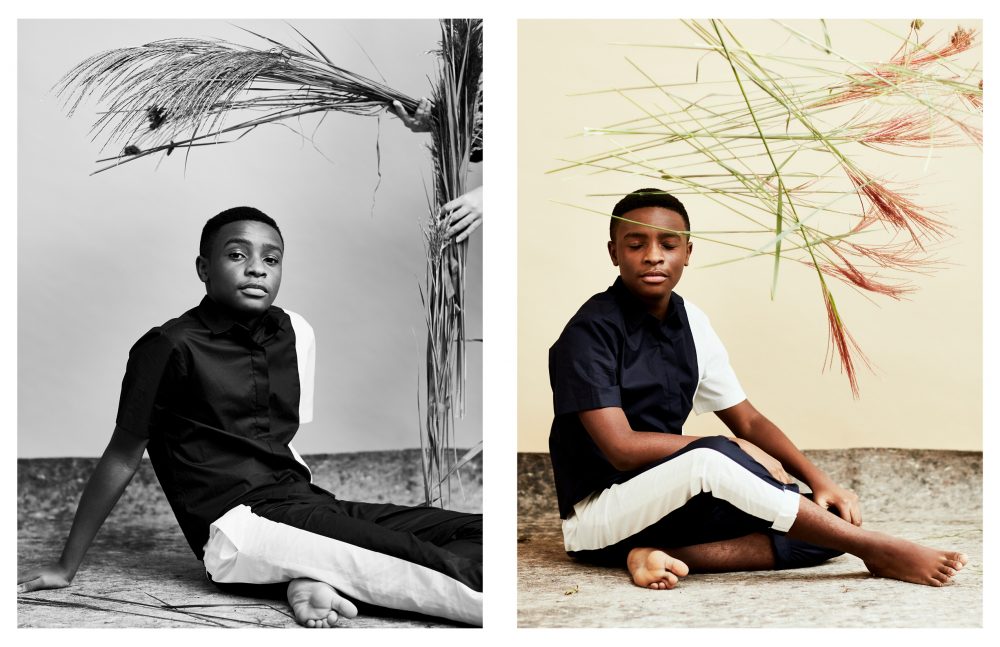 How did you find out you were cast as young Antron and what was your reaction?

Ava directly called my mom’s mobile phone. When she finally told us the good news, I immediately broke into a full sprint around the house, and I was touching anything I could jump high enough to reach. But the funny thing was, the whole time I was doing this I was completely silent, and I still had Ava waiting on the other end of the phone! She just said, “Um Hello?” Once I was finally able to slow down, I still couldn’t really form a complete sentence. I was speechless.

What kind of research did you do when you found out you got the part?

Once I got the part, Ava provided me with a research kit, which had many documents, photos, audio interviews, and video surrounding Antron and the Jogger Case. One of those videos was the 35-minute coerced confession tape, which was extremely difficult to watch. All Antron wanted to do was go home, and seeing how the police took advantage of that was hard to watch.

That must have been brutal. Were you familiar with the story of the Central Park Five at all before joining the project?

I was not familiar with these men’s stories prior to booking When They See Us. When I first received the audition, I decided to do some research on the case. I watched the documentary by Ken Burns about a total of eight times throughout this project. I also went on the internet and looked up articles surrounding these men and the case, and their exoneration.

Was there anything in particular that made you take part in this project?

Two words: Ava. DuVernay. Admittedly at first, I was nervous about the role because I saw the subject matter behind the jogger case, but knew nothing about how things turned out. We were already fans of Ava’s work in my household after seeing Selma, and how tastefully and truthfully that story was told, and that’s really where the trust came from to move forward with the audition process. I knew Ava could take a horrible story from our nation’s history, and make it beautiful, and she did just that by focusing on the five men and letting everyone finally hear their story after thirty years. It is an honour and my greatest accomplishment in my career to be able to play Antron McCray and bring his story to life. 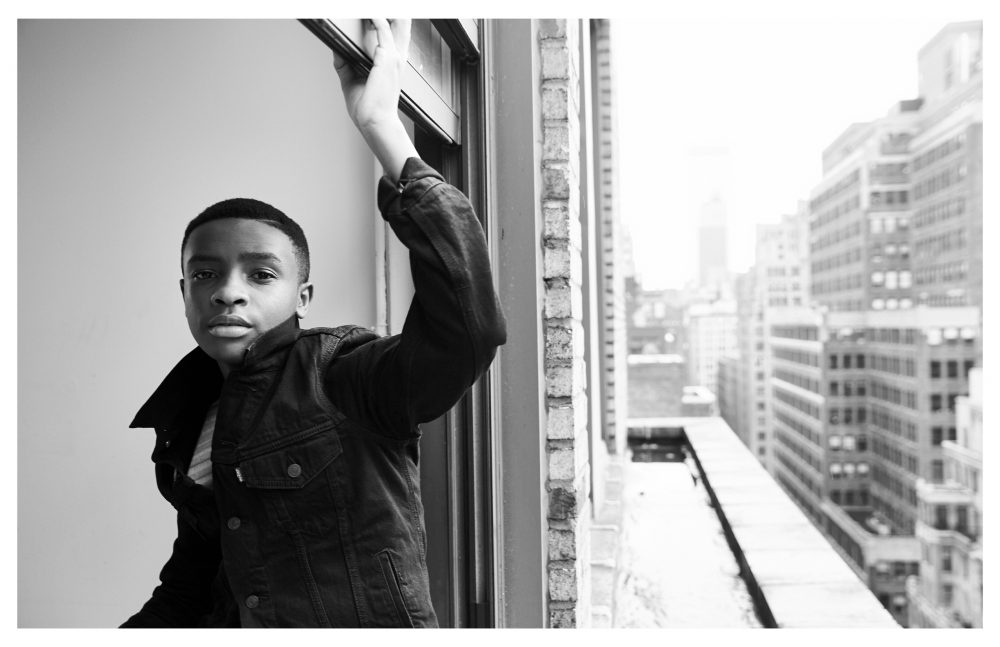 When They See Us will most likely be the introduction of this story to international audiences. How does that make you feel?

Overwhelmed is probably the best word to describe it. As an actor, having a major project that is seen worldwide is always something you dream about. However, that’s usually in the context of being an action or superhero in a major franchise. To be honest, this is even more fulfilling because Antron, Raymond, Yusef, Kevin, and Korey are indeed heroes to me, and I was blessed enough to play Antron McCray. Now my only hope is that the world sees them as heroes the way I do.

You met the real Antron McCray for promo but did you meet him before shooting as well? Did he give you any insight?

I met Antron, like many of the other actors, at the table read before shooting began. Antron is very quiet and reserved, but also such a warm and kind person. The way he carries himself, you would never have believed that something like this could have possibly happened to him. He keeps his head held high, always has that bright smile on his face, and he emits such positive energy when he walks into the room. Oh yeah, and the guy is jacked! His arms are huge! It reminded me that he was indeed a standout all-star baseball player when all this happened to him. He was an elite athlete, and he still embraces that today in his physique.

Did you feel any pressure having to portray a real, living person and make his story justice?

Absolutely. The day of the table read was such a powerful day. Not a dry eye in the room. Having to sit next to the man that you were portraying, and read his life story out loud, was definitely nerve-racking. After the table read, I came up to him, and I told him that all I wanted to do was play his character the way he wanted it played. He told me that he knew I was going to do him right, that he was thankful for me, and that he trusted me. It truly meant the world to me.

You’ve done a lot of projects, including the sequel to the classic Goosebumps, but this is your first real-life adaption. What differences did you find preparing for the role? What new challenges did you face with this role?

This was completely different from preparing for other roles. Playing someone in real-life, you have to bring their mannerisms and emotions to the table. You don’t have the liberty of making the character your own like in a fictional movie. You do however have to come to the realization that you can’t truly be them, because you haven’t gone through what they’ve gone through. As an actor, all you can do is your absolute best to capture those emotions and display it on screen. 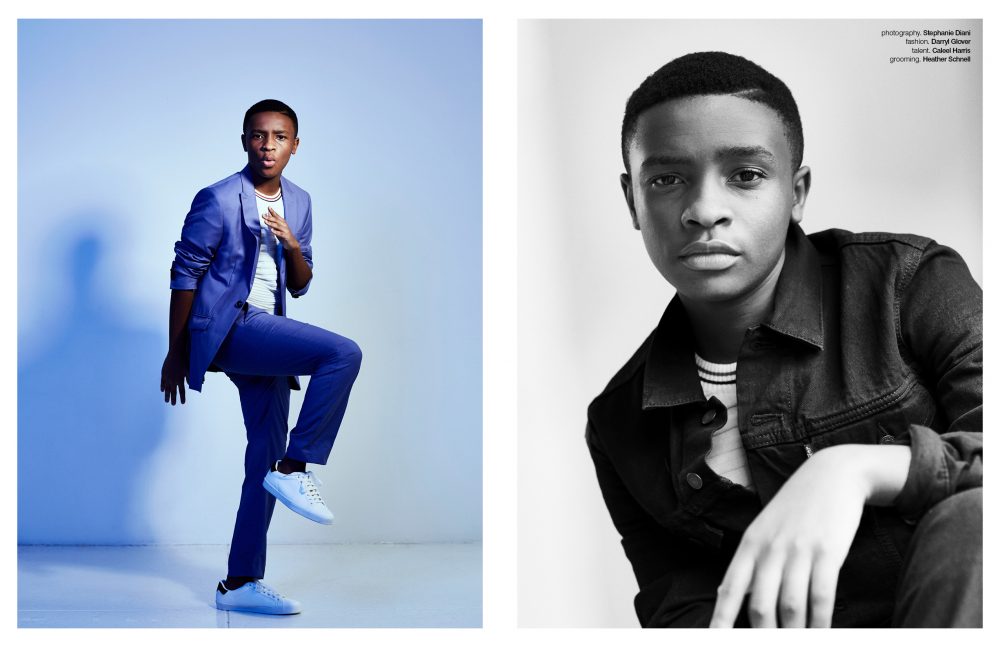 Antron and his dad’s relationship takes centre stage during a big part of the series — from early happy badinage to the key scenes in the police station and the aftermath. How was it working on these scenes with Michael K. Williams?

Unbelievable, to say the least. I mean the man is a legend in my eyes. His characters are iconic because he makes them that way. Michael is truly the best scene partner I could have asked for. He was absolutely key in helping me get to the emotional state I needed to be in for some of those scenes between Antron and his father. Although Bobby McCray ended up walking out on Antron due to the guilt being too much for him, Michael portrays that fear and guilt Bobby felt so gracefully and beautifully.

Off camera, Michael kind of took me in as his own son. He took me and Ethan Herisse [teen Yusef] to Coney Island, and we went to the beach, got on each other’s shoulders and played chicken in the ocean. We had a ton of fun that day, and then he took us out to one of his favourite dinner spots in Brooklyn later that night. Had a driver come pick us up and everything. It was very classy I must admit. He made us feel at home in his hometown. I feel very blessed to have him as a friend and someone I can call for advice as I navigate these Hollywood waters.

What has been the best part of getting to be part of When They See Us?

It’s hard to choose just one. Getting to meet so many great people has been such a blessing. My costars are such incredible people. Working with Ava has been an absolute dream. Everyone at Netflix has been so genuine and kind. Working on a project that can possibly be a trigger to change. Getting to know the real five men has been the ultimate honour though. There is such a great sense of brotherhood between them. They welcomed us into that brotherhood with open arms, and I am so grateful for that.

What other projects would you like to be part of going forward?

Black Panther, Spider-Man, Avengers, anything with Ava DuVernay [laughs]. Those would be on my vision board. Not sure what the future has in store for me, but all I know is I have had the experience of a lifetime working on this project. Hopefully, in the future, I can do more impactful stories that spark conversations which can lead to change like When They See Us does.

‘When They See Us’ is now available to stream worldwide on Netflix.