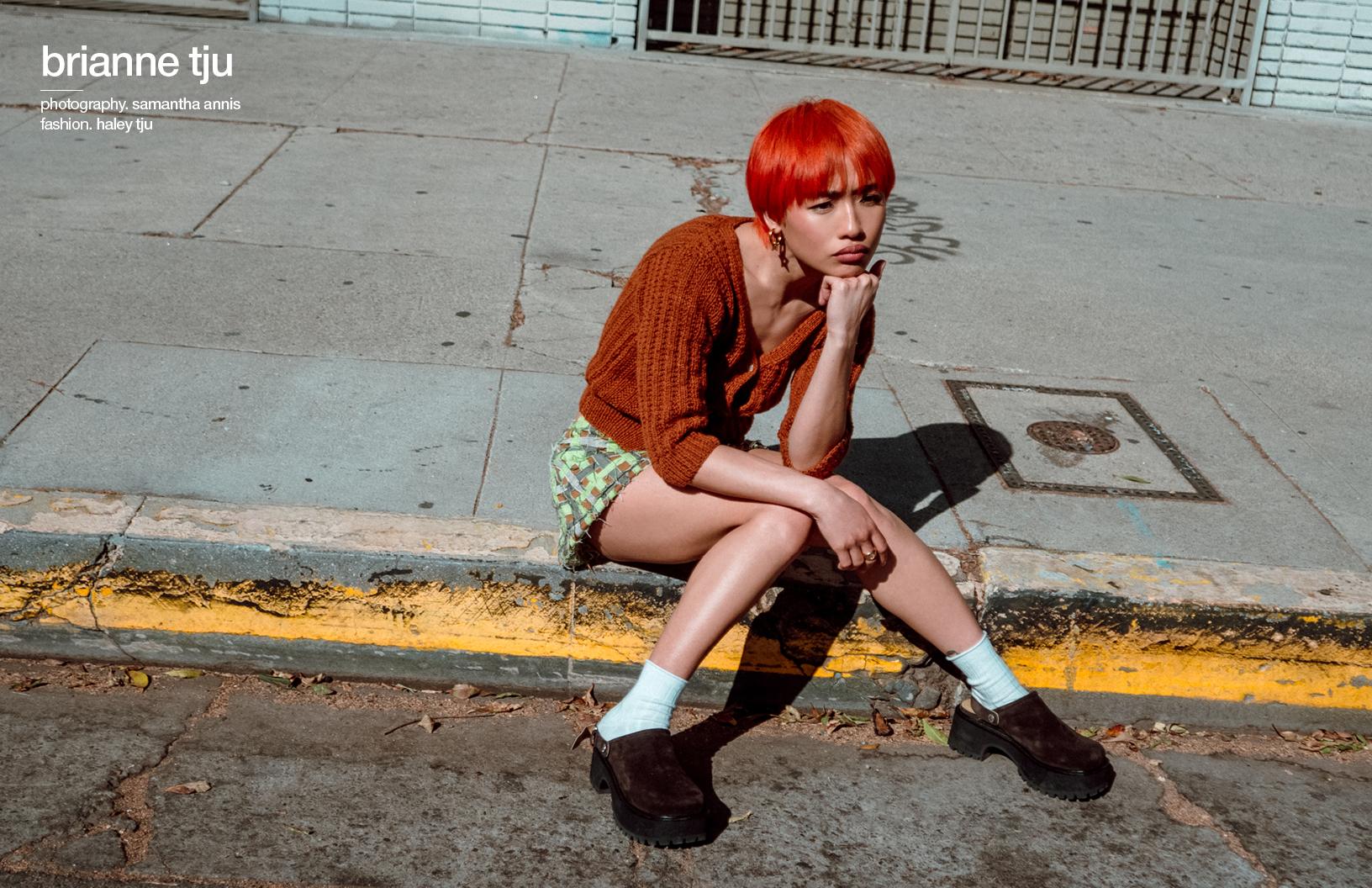 Brianne Tju has a lot on her plate right now. Fresh off the release of her film Three Months, Tju is remaining firmly in the spotlight thanks to the newly-released Blumhouse horror film Unhuman, a thrilling, undead journey about a group of students on a field trip gone awry. Add that to SXSW favourite The Cow and last year’s I Know What You Did Last Summer and it quickly becomes clear that Tju is a name viewers can look forward to seeing for years to come. Schön! spoke with the actor about life, Unhuman, her other projects and everything else.

Hey Brianne! So nice to meet you. How are you? What’s been keeping you busy these days?

Hi! Thank you for having me! So lately I’ve been flying back and forth from LA to Calgary to shoot Tegan and Sara’s show High School. I’ve been knitting, watching Wong Kar-Wai films, and redecorating my place. I’ve also been trying to be diligent about caring for my mental health.

Your new project, Unhuman, comes out today! Can you introduce our readers to the film and your character?

So this is a fun one! I play Ever in Unhuman for Blumhouse. It’s directed by the lovely Marcus Dunstan and follows a quintessential mix of high school students on a field trip that turns out to be anything but ordinary. I like to describe it as a graphic novel-esque love child of The Breakfast Club and Zombieland on acid. It’s funny, scary, twisted, and a little campy.

Ever is neither popular nor an outcast… she’s invisible. Which I think is how a lot of us felt/feel in high school. She struggles with finding her voice and self-worth. Throughout the film, she goes through a pretty epic transformation and we get to see who she becomes when she stops hiding herself from the world. 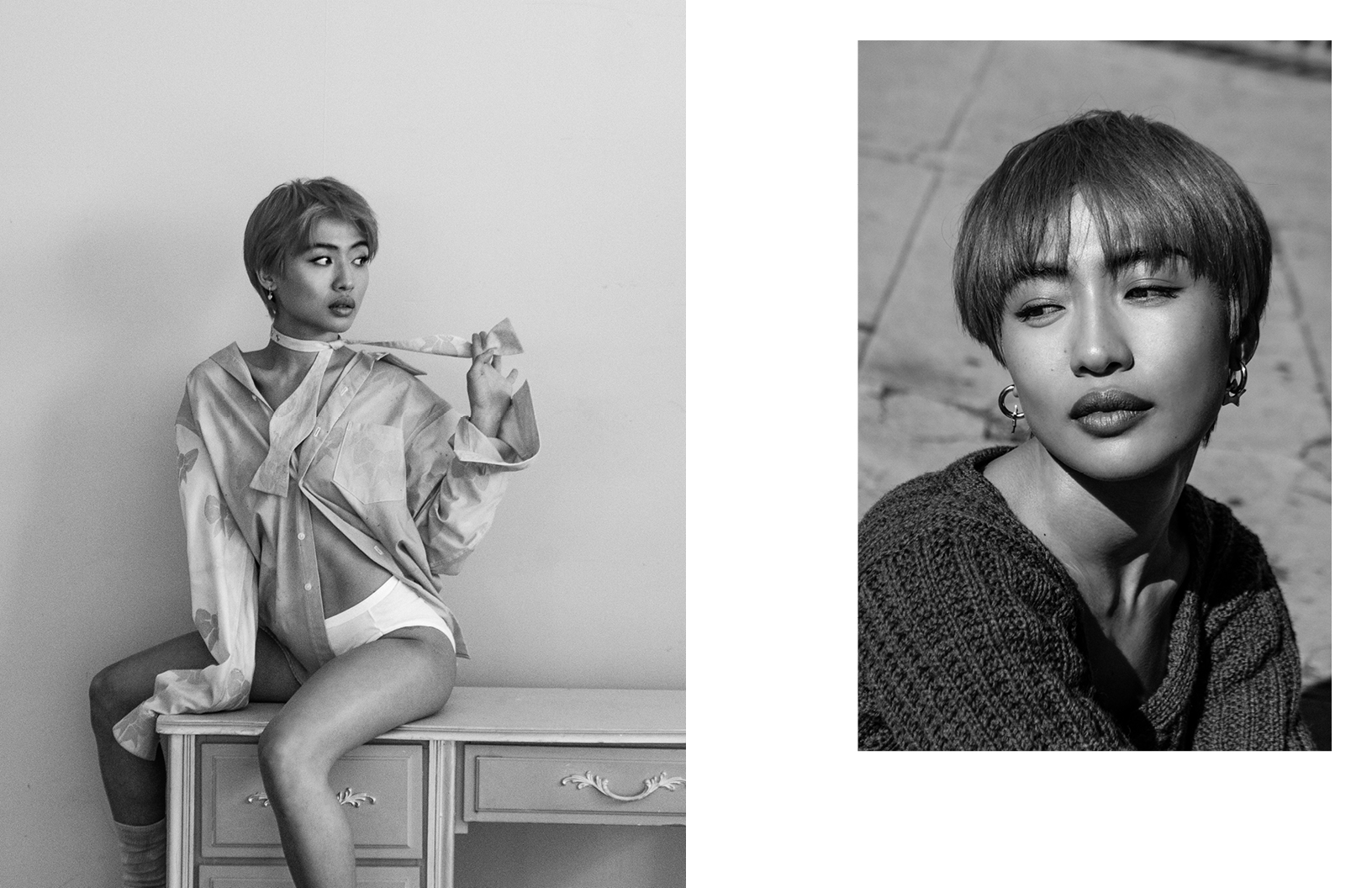 The film looks pretty intense. How do you keep the vibes good when working on a horror project?

Honestly, the scariest part about shooting this film was how hot it was in New Orleans. I felt so incredibly lucky to have Ali Gallo, Drew Scheid, Marcus and Josh Mikel on set with me. They brought such positive and professional energies and kept me sane through the heatstroke. I actually find horror films to be the most fun to shoot because of the stunts and crazy make up. I also re-watched My So-Called Life after work to help me check out and relax.

Why should our readers go out and see Unhuman right now?

Not only is Unhuman a stylish and entertaining ride, with some great performances, but it’s also a classic tale of friendship and being true to one’s self. I think it’s very universal.

Now I’m going to ask you about Three Months. Can you tell us what resonated with you the most about playing Dara?

When I first read the script I felt like I knew Dara. The real love story isn’t between Caleb and Estha, it’s actually between Dara and Caleb. Her loyalty and love for her friend are unwavering until she realises it isn’t being reciprocated. She learns to stand up for herself and walk away. In the process, they both learn not to derive their self-worth from other people and to find it within themselves, which makes for healthier and deeper connections. I identify with that a lot. I think that’s been a constant journey for me. 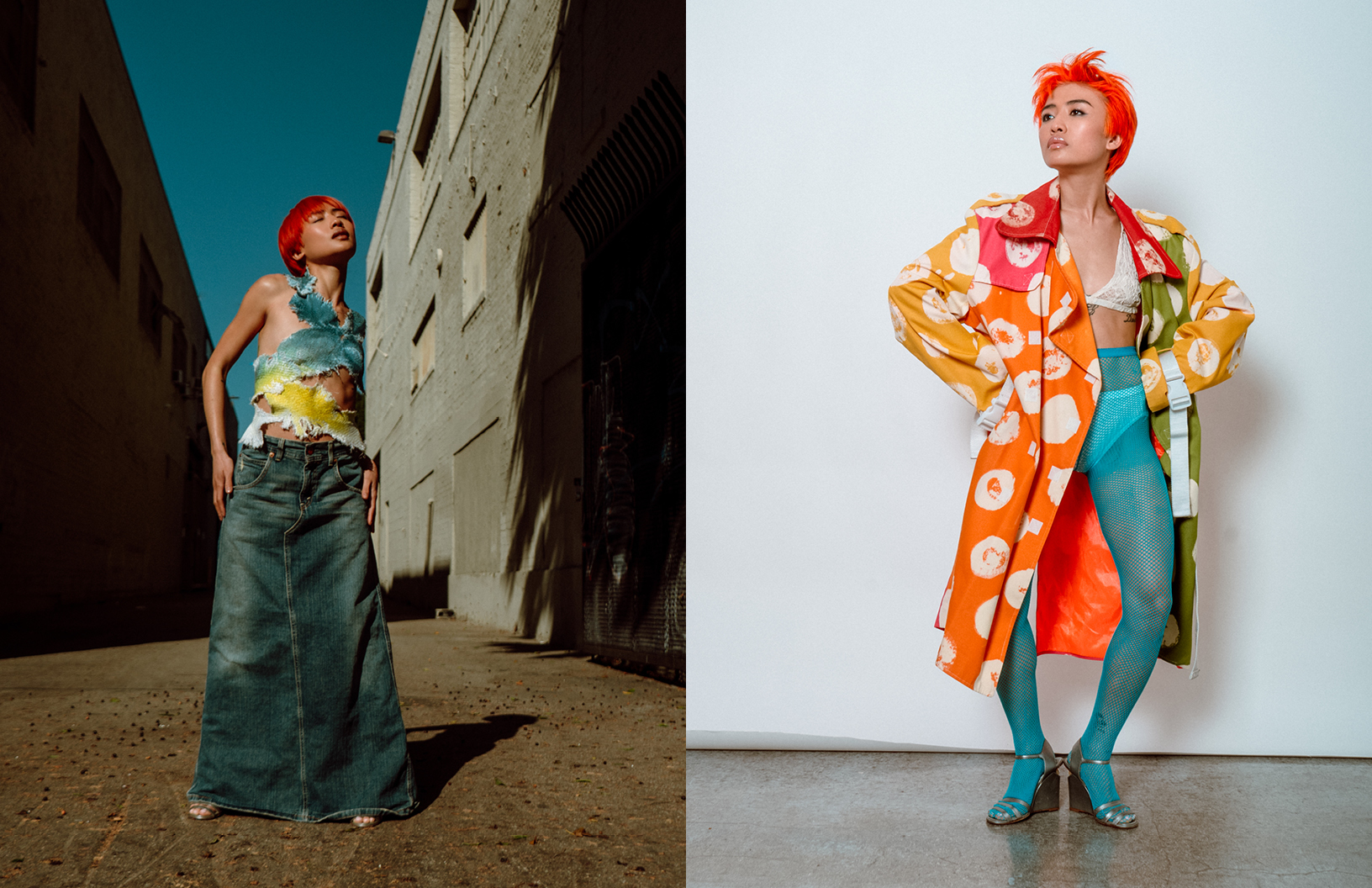 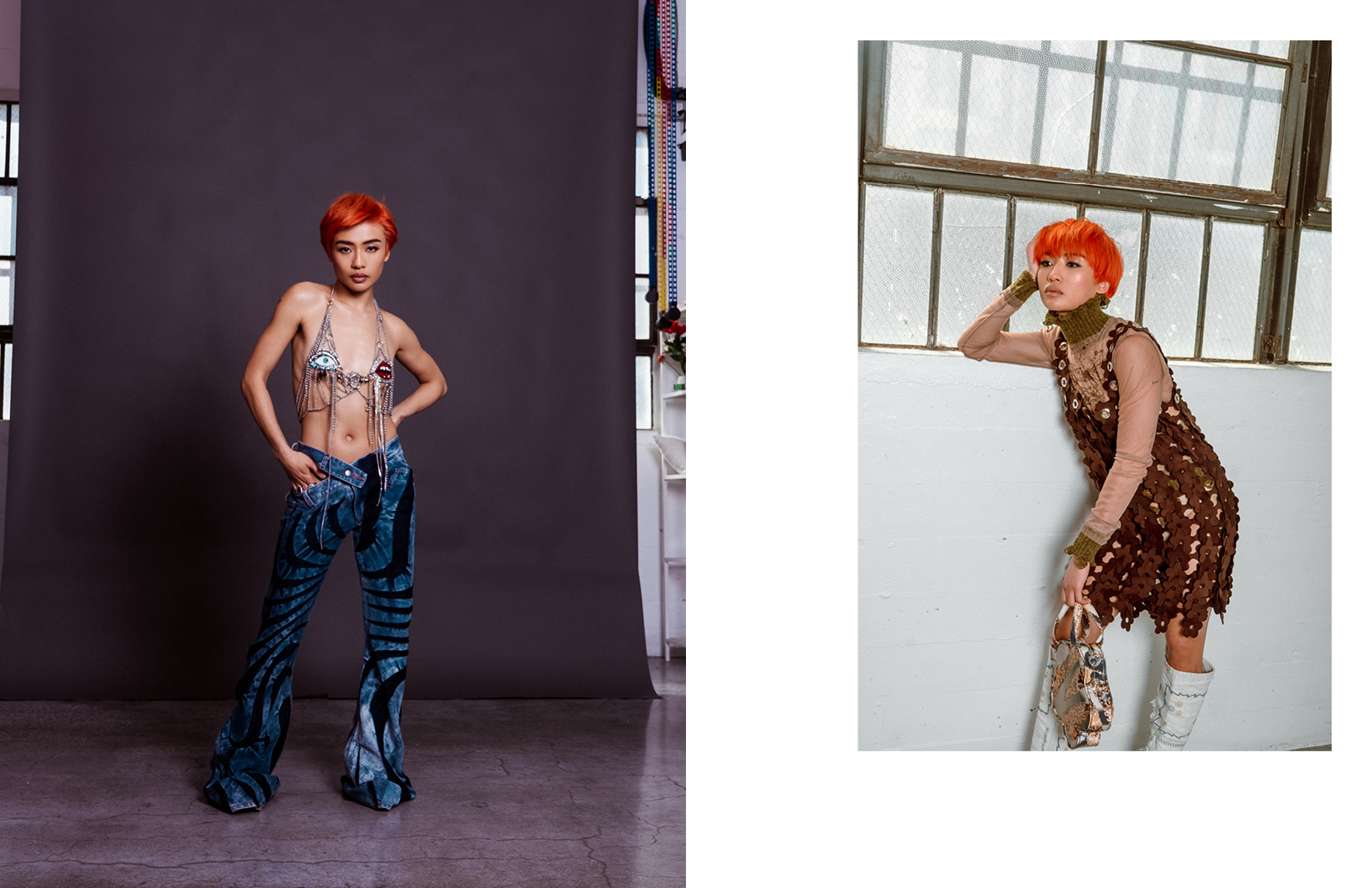 One of the themes of Three Months is learning about ourselves through waiting on an answer. What’s your soul-searching experience been like? Any recent revelations?

Where do I start?! I’ve always learned by doing. If you tell me the stove is hot I’ll still touch it to make sure. It’s not my best trait [laughs], but through my life experiences I’ve learned a lot and I wouldn’t take anything back. Something that has been really profound for me lately is loosening my grip on everything. I’m leaning into my softer side and allowing myself to enjoy the ride rather than trying to control it. I constantly have to remind myself that there is no goal post for when you can start being happy.

Obviously bigger projects like these can come with a lot of pressure. How do you cope with anxiety and feelings of pressure while working?

I do a lot of prep. I like to make sure I’ve done my due diligence before I walk on to set. But once I’m on set I trust that the information is in my brain somewhere and I try to be instinctive and present. Communication and collaboration at work is key. I like knowing that I can confide in my castmates or director when I’m feeling unsure of myself. I’ve learned recently not to read reviews. It’s art and people will always have an opinion, good and bad. As long as I’m doing my best that’s all that matters to me.

You also had a film called The Cow that premiered at SXSW. What’s your favourite memory from working on that film?

That was one of the most special experiences I had working in 2021. I had the opportunity to work with some incredible people that I’ve admired for a long time. One of my favourite memories was doing the table read with the cast for the first time. Through the pandemic, most of the table reads have been over Zoom, so it was nice to be with everyone in person and hear the words out loud. We were surrounded by redwoods in Cazadero and I was with Winona Ryder, Dermott Mulroney, Owen Teague and John Gallagher Jr. It was a dream to say the least. 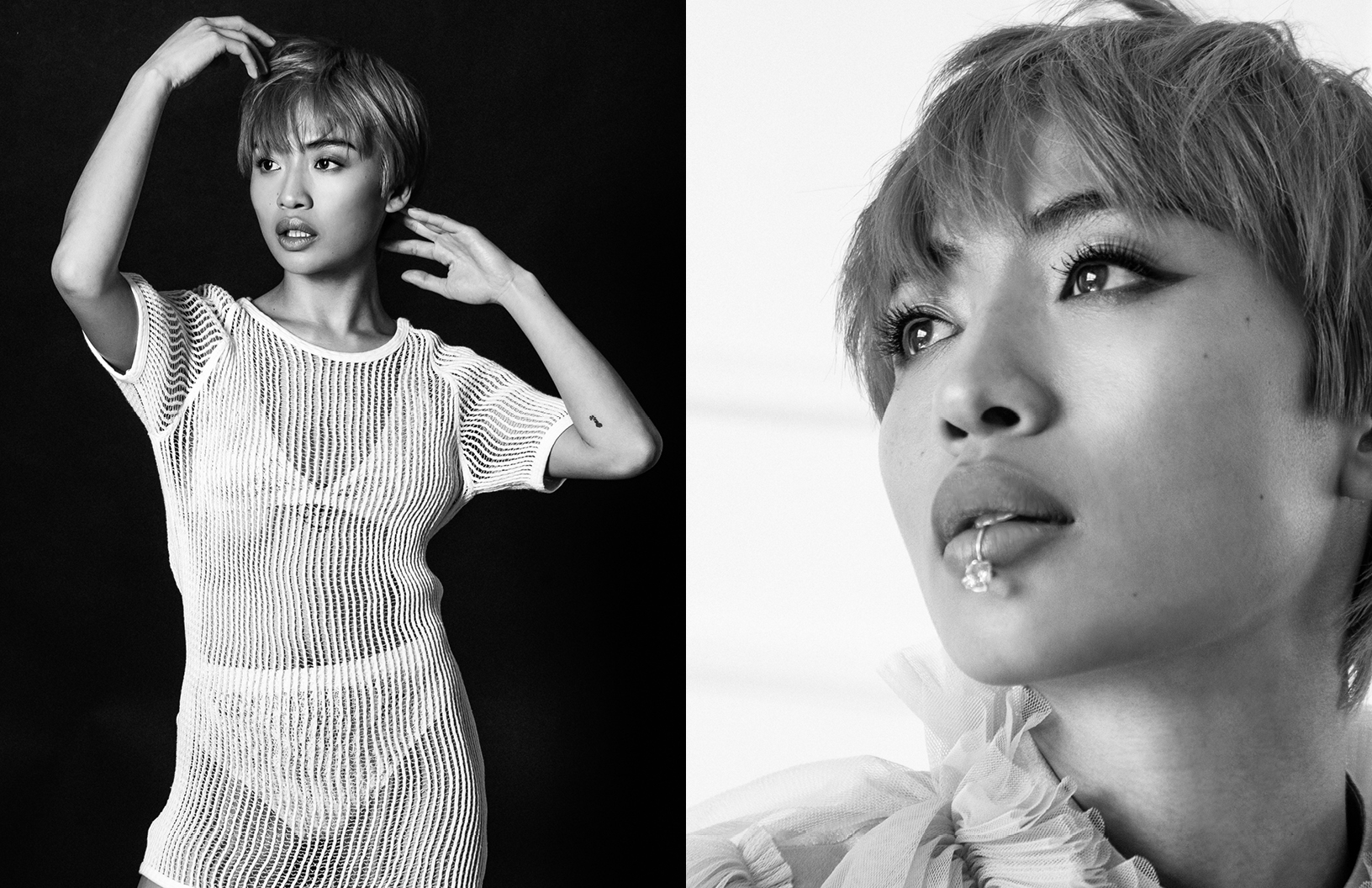 What gets you excited creatively, whether in work or in life?

I like to shake it up and try new things. I love when something feels impossible and incredibly challenging and I have to find a way to figure it out and make it work. I like being pushed out of my comfort zone.

What was your most memorable audition experience?

I auditioned for a woman who was a stripper and had to record myself doing a really sexy dance. I had a couple of cocktails and ended up with a few bruises. I also didn’t get the part [laughs].

When you got your first big job, what was it, and who was the first person you told?

I believe it was Cory In The House on Disney Channel. I was 8? Maybe? It was so surreal because I watched that show every day as a kid. My mom would’ve gotten the call but I’m sure I told my whole family. I thought I had made it.

What are three films you know by heart?

I’m not sure I know them “by heart”, but I have watched Roman Holiday, Death Becomes Her, and Parasite many times.

If you could have dinner with anyone and ask them a few questions, who would it be, and what would you ask?

I’d love to have dinner with Tony Leung and ask about his process, his career and his life. I love that man.

Is there anything else coming up for you that you want to tell us about?

I believe High School will come out towards the end of the year on Amazon. It takes place in the 90s and is wonderfully nostalgic and poetic. I’m very excited for people to watch that. Sometime next year Uglies will be out on Netflix and I can’t wait to see the world Scott Westerfeld wrote about in the books come to life. 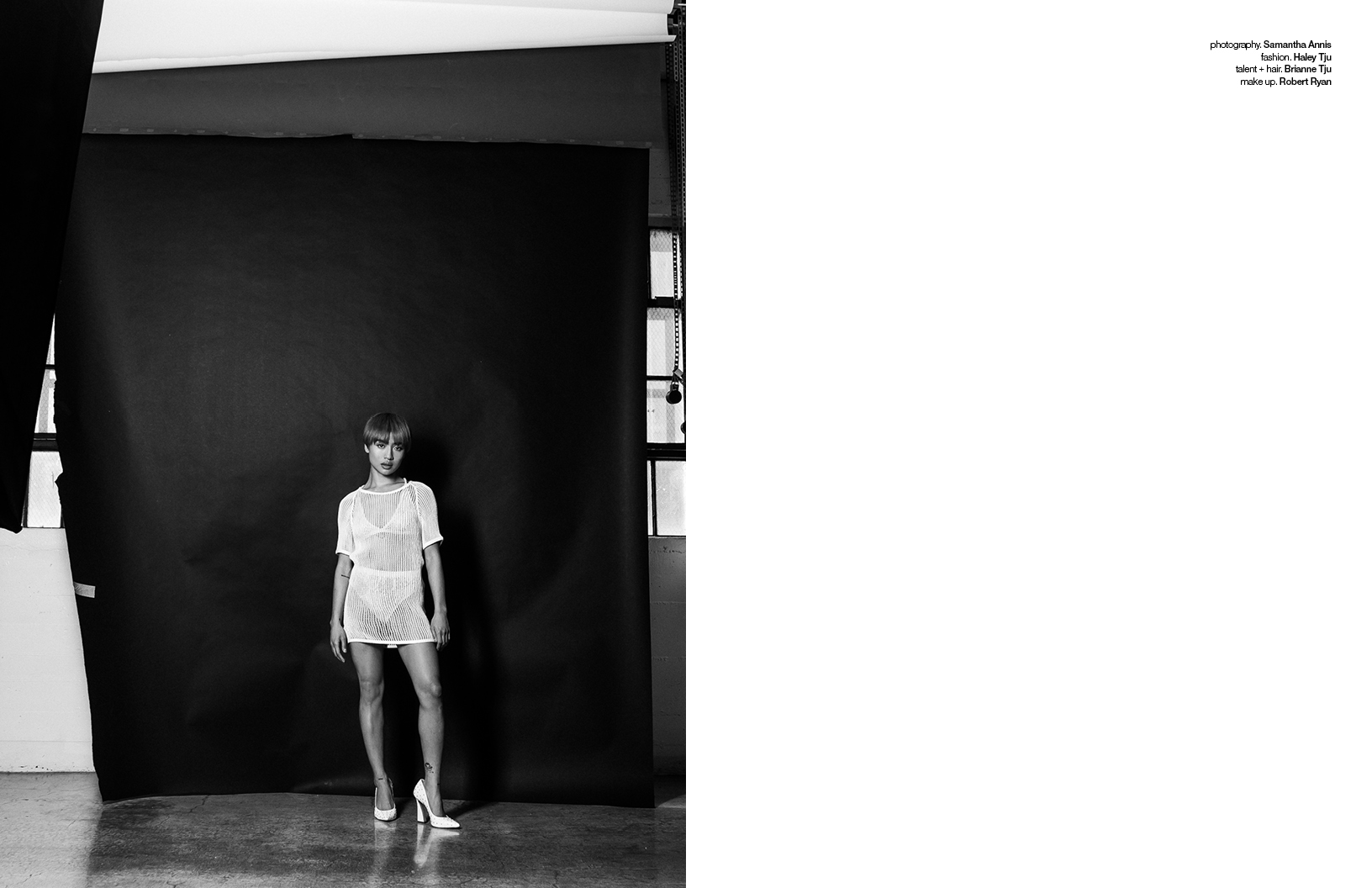