Brandy Norwood is an icon. An eclectic and formidable career – whether that be on stage, on screen, touring or fixed on the charts – has seen Brandy establish herself as an industry great. As a singer and songwriter, she has received critical acclaim the world over – if 40 million albums sold aren’t testimony of that fact, surely the Grammy Award can be. Signing to Atlantic Records aged just 14, her platinum first self-titled album sent her high up into the game just one year later. The single that catapulted her into the international limelight – I Wanna Be Down – is still a firm fixture on the repertoire of R&B favourites. She’s conquered screens too, starring alongside Whitney Houston in ABC’s rendition of Roger & Hammerstein’s Cinderella, or in Moesha as the lead character, for a whole six seasons.

But that is all a thing of the past. Now, as an artist who stands firmly solo, Brandy is celebrating life and music. Citing theatre as one of the greatest catalysts for her most recent career shifts, Brandy is returning to the Broadway to reprise her role as Roxie Hart in Chicago at the Ambassador Theatre in York City, from the 17th to the 31st of August. We catch up with the multi-faceted talent to discuss new-found freedom, her style, and what purpose means to her now.

Looking back on your incredible career, which moment or experience was the turning point of you coming into your own?

There have been so many pivotal moments throughout my life but I would have to say the most recent has been doing theatre. Theatre birthed humility. The true humility where I can see God is everything and where I am humbled by the greatness that lives in me and in all of us.

When making music, what’s your creative process like and has it changed throughout the years?

My process now and has always been to allow the creative spirit to guide me. I haven’t always listened but nowadays I won’t do anything but listen.

Comparing your self-titled album and now, how would you describe your artistic growth?

Life causes you to grow and the most consistent thing about life is change. So, naturally, as an artist I change through my own circumstances and different battles I have had to fight, just being Brandy. My music is the soundtrack to my life. 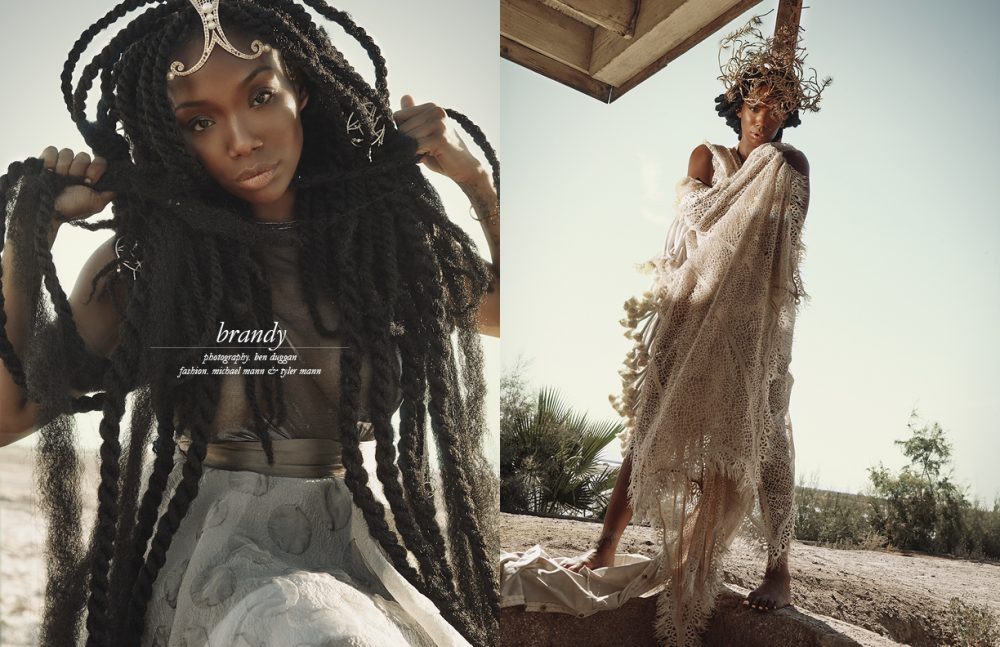 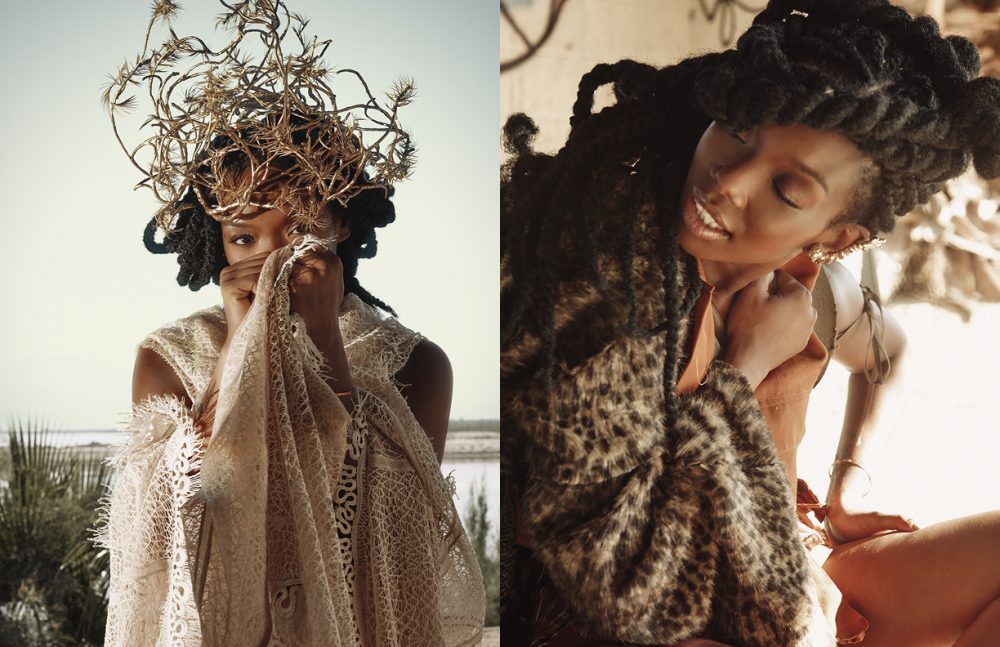 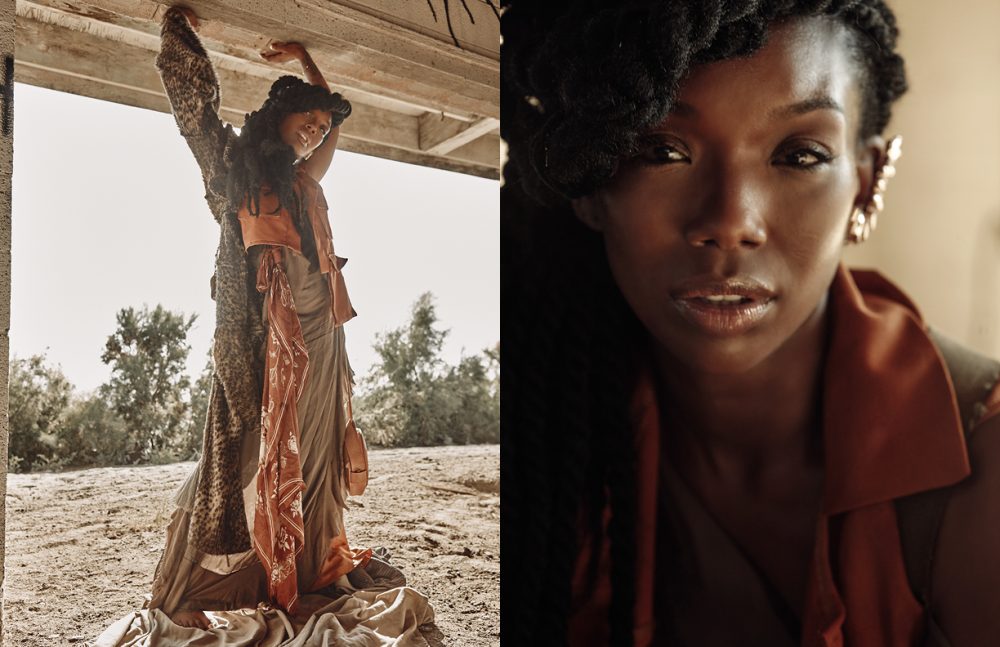 With six great albums behind you, what’s your biggest challenge in creating your current album?

No challenges for this next project because I’m not looking backwards. I have new stories to sing about and I’m not afraid of where my voice is trying to take me going forward. I trust it.

What can fans expect from your new album and what’s the inspiration behind its sound?

My fans can expect my best. There is so much up my sleeve. The truth really sets you free and they can expect the honest to God truth in my lyrics and in my choices in sound.

What inspired you to audition for Broadway and then continue in your role in Chicago?

Broadway is something that I always wanted to do. Roxie completely changed my life and I owe it to myself and to her to always be available to be saved and to dream bigger. Every time I experience Roxie I feel like I can do everything. 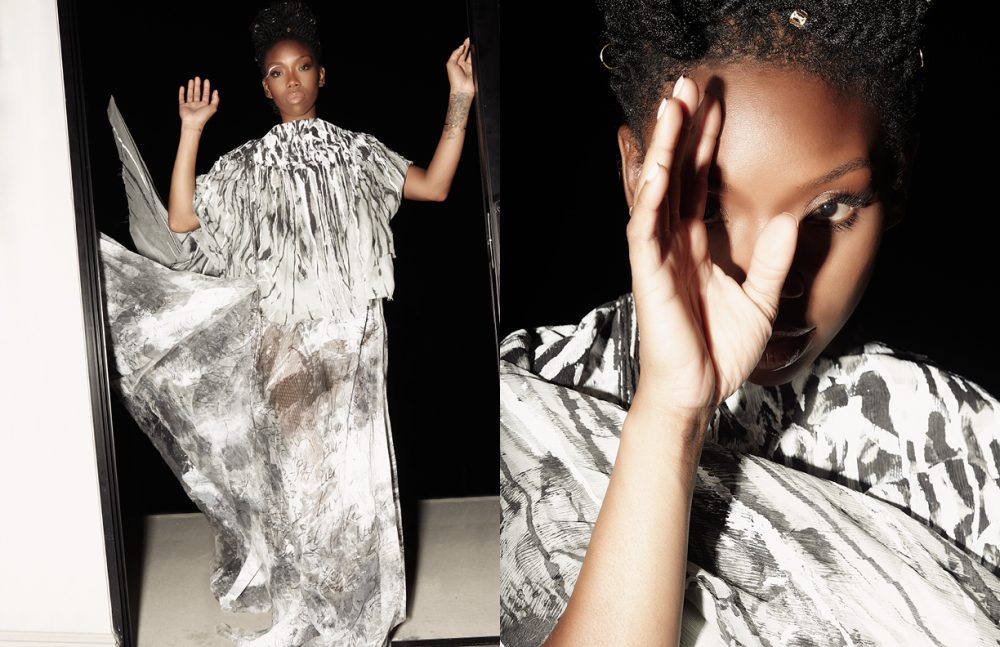 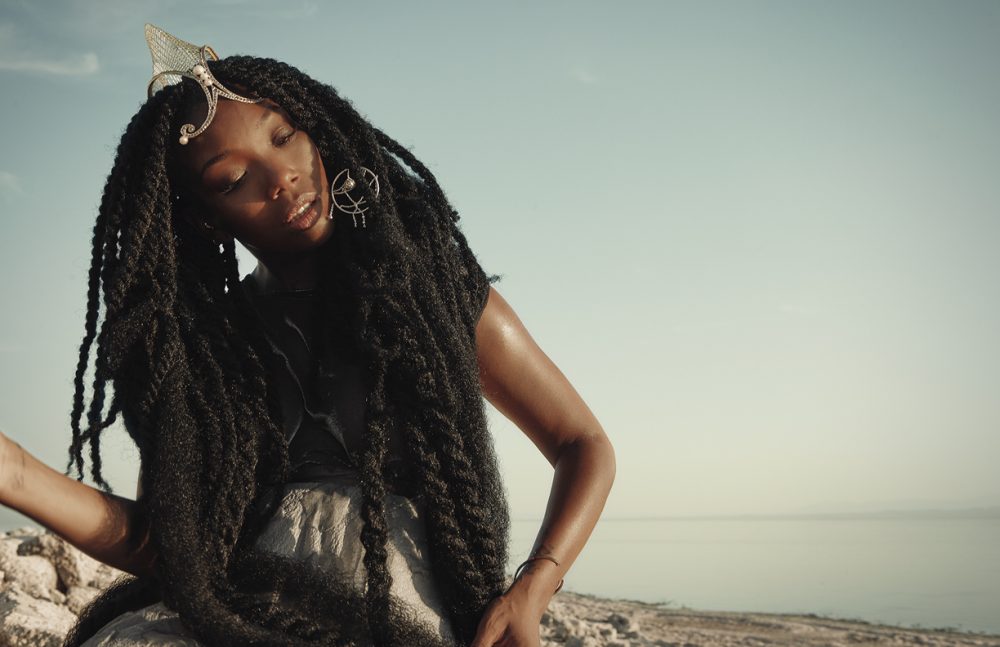 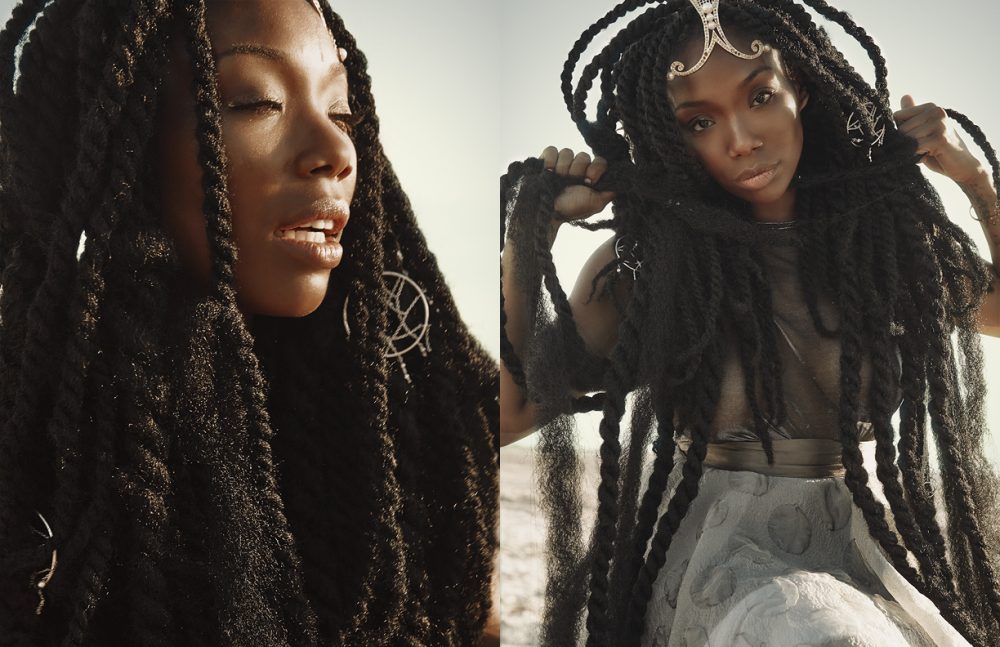 Do you identify with your character Roxie Hart?

Roxie is a dreamer just like me. I wouldn’t sell my soul for my dreams the way she did but I would do everything else to make my dreams a reality.

As you’ve evolved and gained confidence and freedom, how has your personal style changed and what’s it like today?

I would call my personal style free, relaxed, colourful, and comfortable. Bohemian Chic. I feel the most beautiful this way.

What advice would you give to someone that’s first stepping into industry and has the same dreams and aspirations you once had?

Be yourself, and if you don’t know who you are… wait!!! 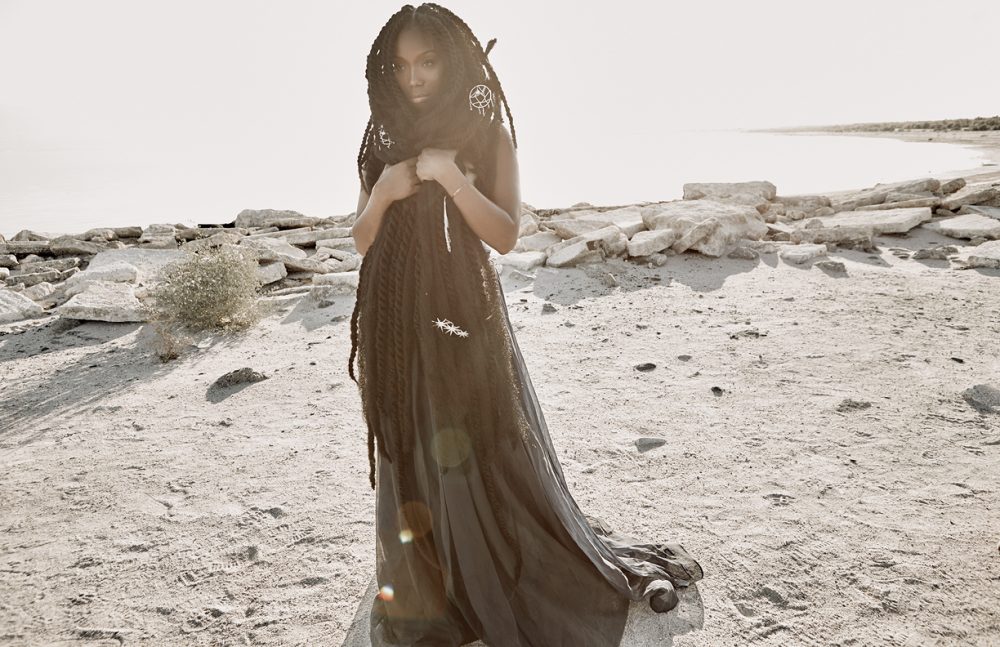 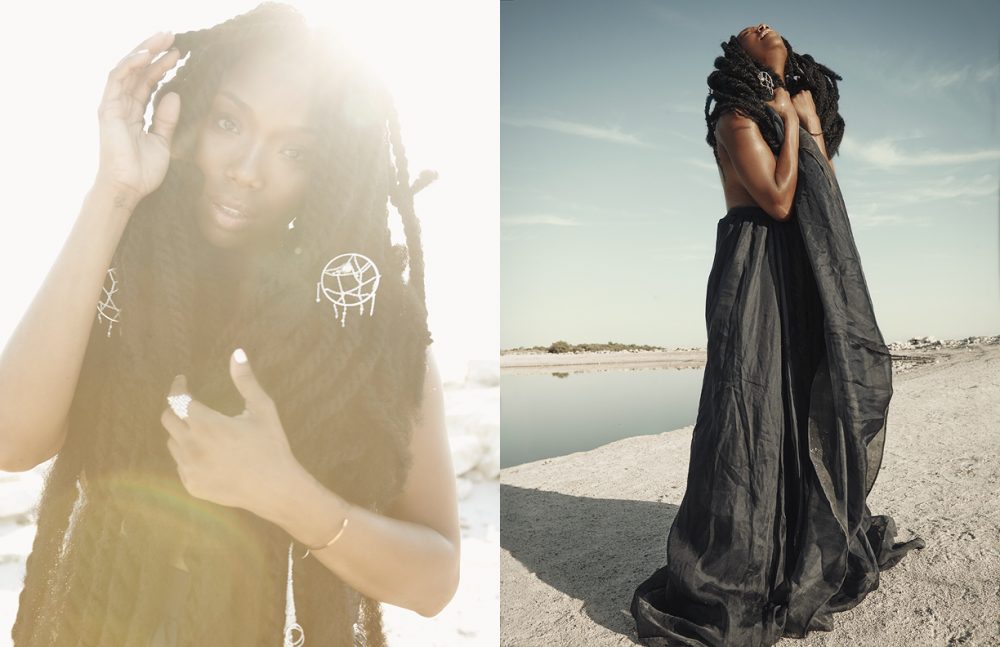 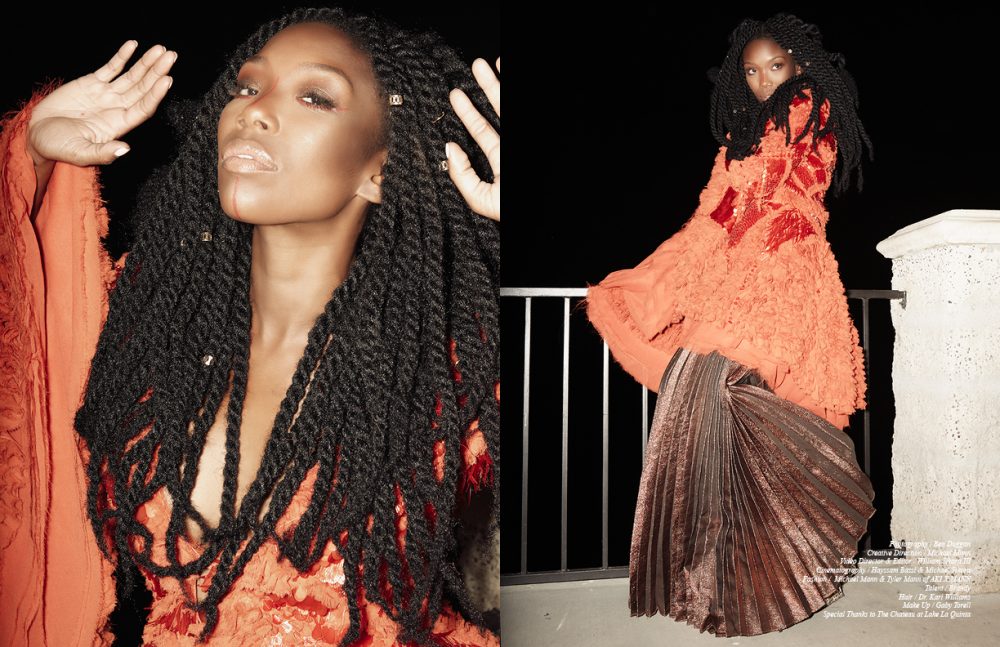 What keeps you balanced and grounded as you move from goal to goal?

God keeps me balanced and grounded. My life is a channel for the expression of the Most High and that in itself is humbling.

Is there anything career-wise that you haven’t done, but would like to explore in the future?

See Brandy in Chicago on Broadway, from the 17th to the 31st of August.