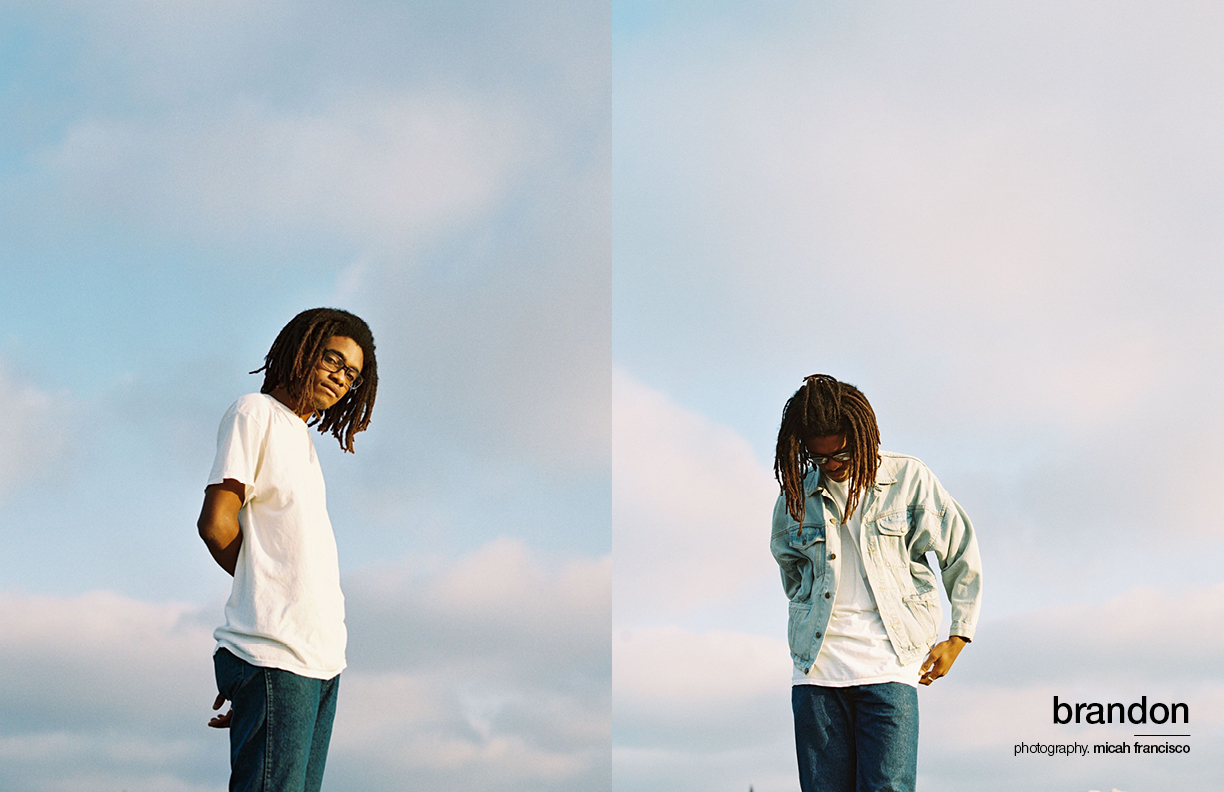 California-based singer-songwriter Brandon takes a unique approach to his music. He turns introspective lyricism into a universally relatable experience. The 23-year-old’s soulful falsetto and acoustic melodies feel like the musical lovechild of Frank Ocean and Daniel Caesar. Brandon represents a new generation of artists challenging “what being a man is, and what being a man has to be” in black and brown communities, he says.

Born and raised in Riverside, California, Brandon’s roots trace back to Trinidad and Tobago.“I was brought up with the attitude of do what makes you happy,” he shares. “I’m glad my family’s values taught me to do what I love. I wouldn’t want to be doing anything else.” Brandon’s passion for music began when he grew up watching his mum sing in church choir. “I was like wow, you are so cool. I want to be you,” he recalls. In 2017 Brandon found himself in a fragile position. He poured himself into music by learning how to write and produce from scratch. “I always had it in the back of my head that it would be cool to do my own thing one day,” he says. Taking inspiration from artists like Sade, Stevie Wonder and The Jackson 5, Brandon developed a strong drive to create his own sound. He started creating as much music as he possibly could: “It was a process of trial and error at first, but then it all just clicked.” 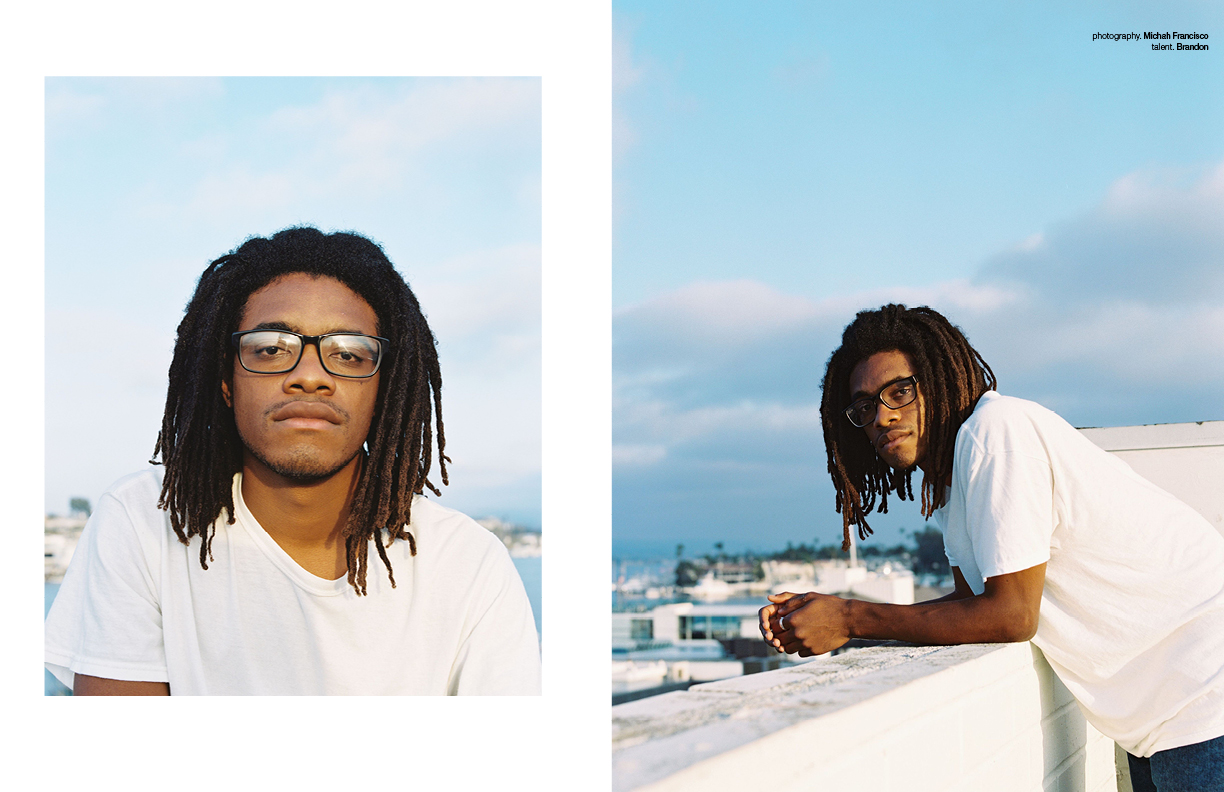 Brandon’s latest project, Coming Clean, includes seven tracks which delve into the malleability of love, loss, and the uncomfortable area in between. His soaring vocals beautifully translate raw emotions like pain and anxiety. “When I wrote these tracks I was not in a good place. It was one of the worst periods of my life,” he admits. “It was the first time I was in love, and losing that shook me to the core.” Using music as a vehicle for healing, he experienced personal evolution and growth. “I started to find peace, solace, and beauty in everything around me. I realised that there was so much more to life,” he reveals. “I really don’t know where I’d be if I didn’t have music or what my mental state would be. This is my outlet. This is my release, and I’m so grateful for it.”

Brandon uses music to communicate what he can’t say in words. He wants to dismantle the stigma around men showing their emotions. “Before I started writing music I was just really closed off to everybody,” he says. “I feel like a lot of guys have trouble being vulnerable. If I can do my part to break that stigma, that being vulnerable is not [unmasculine,] then that’s what I’ll aim to do.” Brandon’s music  is an organic and sincere expression of his story, so when fans relate it means a lot to him. His gift lies in connecting with the outsider in all of us.  “None of this is made up. This is my whole life, and I’m putting it out there in a raw and real form for people to connect to,” he says.“I get countless messages from people just telling me that my project, my music, has helped them in some way. It’s mind blowing to me, and it makes what I’m doing so special.”