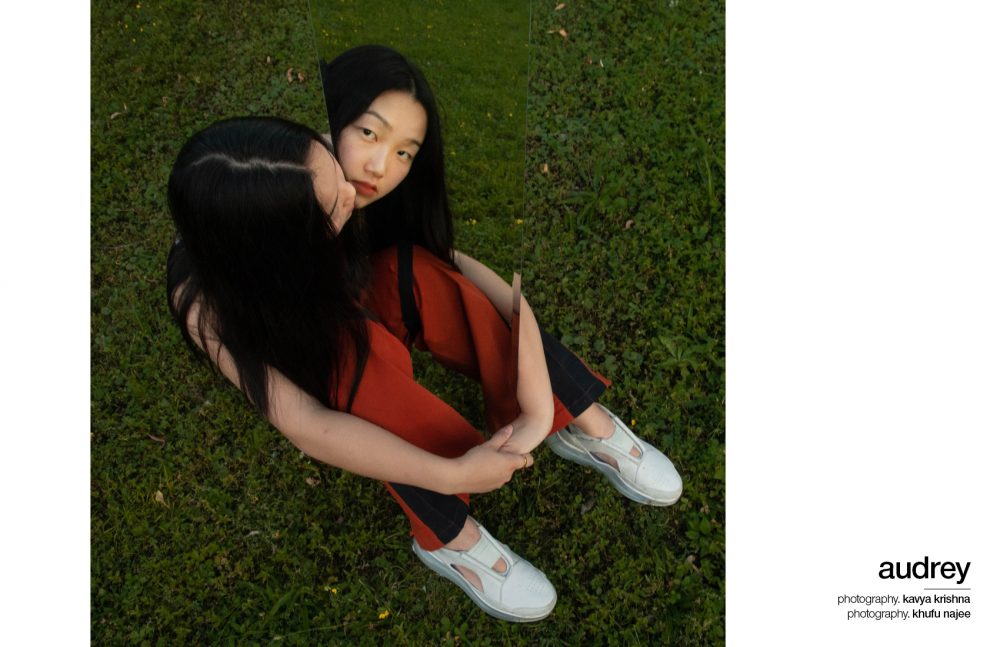 Audrey Chu, known mononymously as Audrey, is ready to leave her mark; though her stage moniker may be simple, her music certainly isn’t. Hailing from Manalapan, New Jersey, the Korean-American singer-songwriter mixes soulful melodies and R&B cadence with a sprinkle of pop and trap. Sonically and lyrically, Audrey draws inspiration from all walks of life — from Whitney Houston and Lee Sun Hee, to choir and Yeezus, going over Sailor Moon and Foster’s Home for Imaginary Friends — and merges those with mellow vocals and rap innuendos. The final result is refreshingly real, especially for a 20-year-old.

Audrey’s élan for her craft is palpable and infectious, as is her undeniable charm and no-frills attitude. After convincing her parents to take a gap year from NYU’s Clive Davis Music Institute — whose alumni include Maggie Rogers and FLETCHER — with a comprehensive PowerPoint presentation, on paper, Audrey’s career is now closest to another NYU counterpart: Lady Gaga, who dropped after a year to focus on her music career. Well into her gap year, Audrey’s signing to Sony’s Arista was announced earlier this summer — becoming one of the first female Korean-American solo acts to sign to an American major label. Now without academic ties, a ticket to ride, and music in her mind, the New York-based songstress is well on her way to make her dream a reality.

Following the release of “Time” — her first offering as a signed artist — today, Audrey’s back with “Paper” — an unapologetic ode to money and freedom. As “Paper” makes its first foray onto the airwaves, we catch up with Audrey to discuss her forthcoming projects, inspirations, dream collaborations and Diet Coke addiction.

When did you begin to develop an interest in music and when did you start to think of it as a viable career?

I don’t remember a time I didn’t want to be in music. When I was younger I wanted to be a doctor but even so, I always put “a singing doctor” on school projects that asked my dream job. I realised I could really make music a career in high school. I was bored in physics class and just told myself I could do it if I really wanted to.

As a Korean-American, how did growing up in New Jersey impact you musically? What were your influences growing up?

I did singing competitions throughout Jersey and losing some of those but still wanting to continue singing made me realise I wanted this career. Growing up I loved Whitney Houston, Destiny’s Child, Lee Sun Hee. I was (and am) influenced a lot by cartoons and Sailor Moon and just kid stuff, really.

Were your parents supportive of your decision to leave NYU to become a full-time artist? How was that transition period for you?

I convinced my parents with a powerpoint, we’re talking pie charts and shit. HA. Transition was brutal for me because I’m sensitive and still a baby and hated living alone. But I grew so much and I’m practically 85 years old maturity-wise now. Wouldn’t change what I went through for the world. 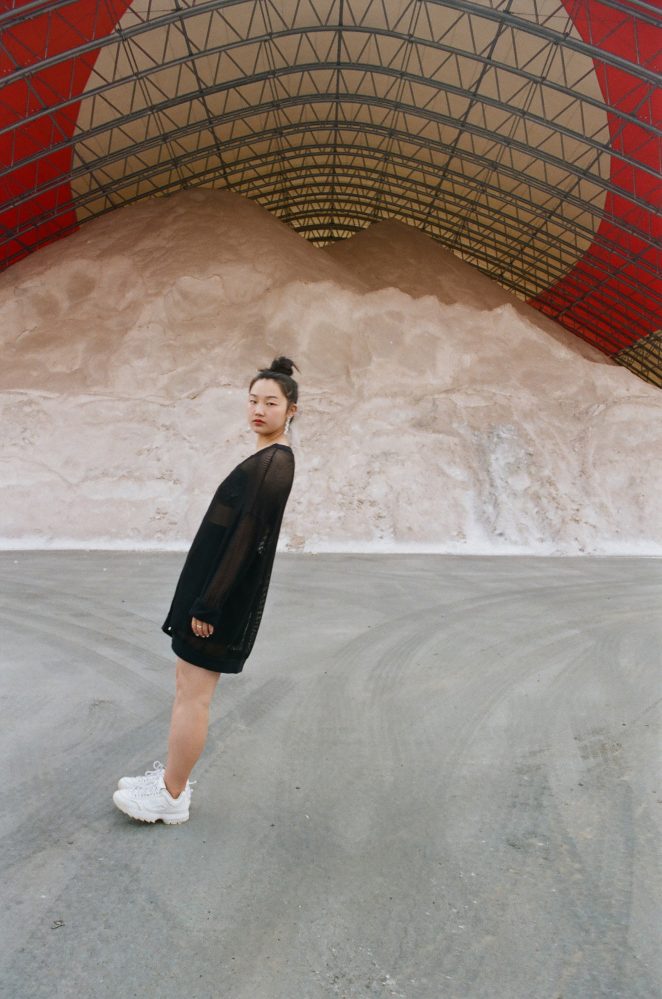 You’ve mostly described as an R&B/pop act. Where do you pull from musically and how would you describe your sound yourself?

I pull from everything I love. My sound is a random mosaic of all the things I’ve heard and loved, living deep in my subconscious most likely. A lot of old school R&B singers but also Yeezus (my fav Kanye album). And choral tendencies since I was surrounded by that in high school.

Who would be your dream collaboration — in term of producers, artists, etc?

MF Doom. That would be so lit.

You recently signed to Arista, becoming one of the first Korean-American female solo artists to do so. What did that mean to you?

I’m just the first of many. I want to see more of these faces. Promising beginning but I’m definitely not satisfied with being one of the only ones.

What has changed since? What are some of the pros and cons of being signed vs. independent?

Arista has been lovely. I’m grateful. Just an overwhelming amount of support and people in the business behind me who actually appreciate the work too. I do miss being able to just randomly decide to put out a song a week before or so. Everything’s a lot more calculated now.

I assume one of the pros would be the expansion of your music internationally — I saw Sony Korea’s promoted you on IG recently. What markets are you most excited to enter as an artist?

All of them. We live in an international world, I want to perform in the most obscure corners of the planet and have some people singing shit back. Also, anywhere with juicy foods.

Do you feel the need (or pressure) cater to one market in particular?

No. I’m not really trying to cater to anyone. If you like the music and work I make, SICK.

Going into your music, your latest track, “Time” feels super anthemic and relatable, while “Paper” is completely unapologetic. What were your inspirations when writing both songs?

“Time” was inspired by Foster’s Home for Imaginary Friends, a show I liked as a kid. “Paper” was just a look at all the whacky things people will do for money. Paper is money, money can be imprisonment if you let it. Paper also represents writing, and that’s true freedom to me.

Can you give us an insight into your songwriting process? Do you start with the melody and then the lyrics?

I’m definitely melody-driven. A lot of times they come together though. 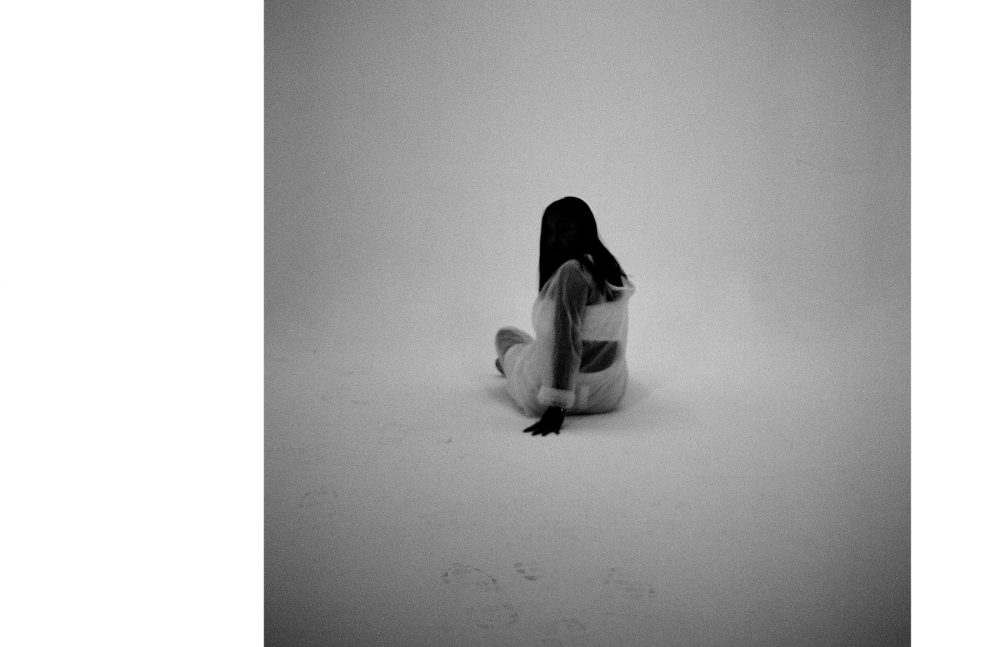 In the behind-the-scenes video you posted on IG for “Time,” you kind of touch upon the meaning behind the value of time and now “Paper” straight-up talks about money and materialism. Did you link those concepts in purpose?

Ha, no. I’m just an old soul and meta-ass person. Always talking about abstract and conceptual and life from afar.

How do you feel “Paper” picks up from “Time”? And what’s next? Do you have an overarching theme that’ll tie in “Time” and “Paper” with future releases?

“Paper” is more experimental whereas “Time” is a very straightforward R&B song. “Paper” is more in the vein of what’s coming next. This first project is just a tape of all the shit I’ve made this past year, so the overarching theme will be whatever you want to take from it. The project I’m working on now is going to be a lot more of a concept, deliberate project…

What can we expect in terms of visuals for “Paper”?

“Paper” is the first officially self-directed video. I co-directed with Idle House on this one. That’s it for now.. teehee.

I understand you’re working on your first full-length project for next year. How’s the process going? What can people expect from it?

The process has felt like a reset. I’m so excited right now thinking about it. No one expect anything because I don’t even know what’s happening yet.

Do you have any goals you want to achieve in 2020, professionally or personally?

Audrey’s “Paper” is out now. Listen to it here.