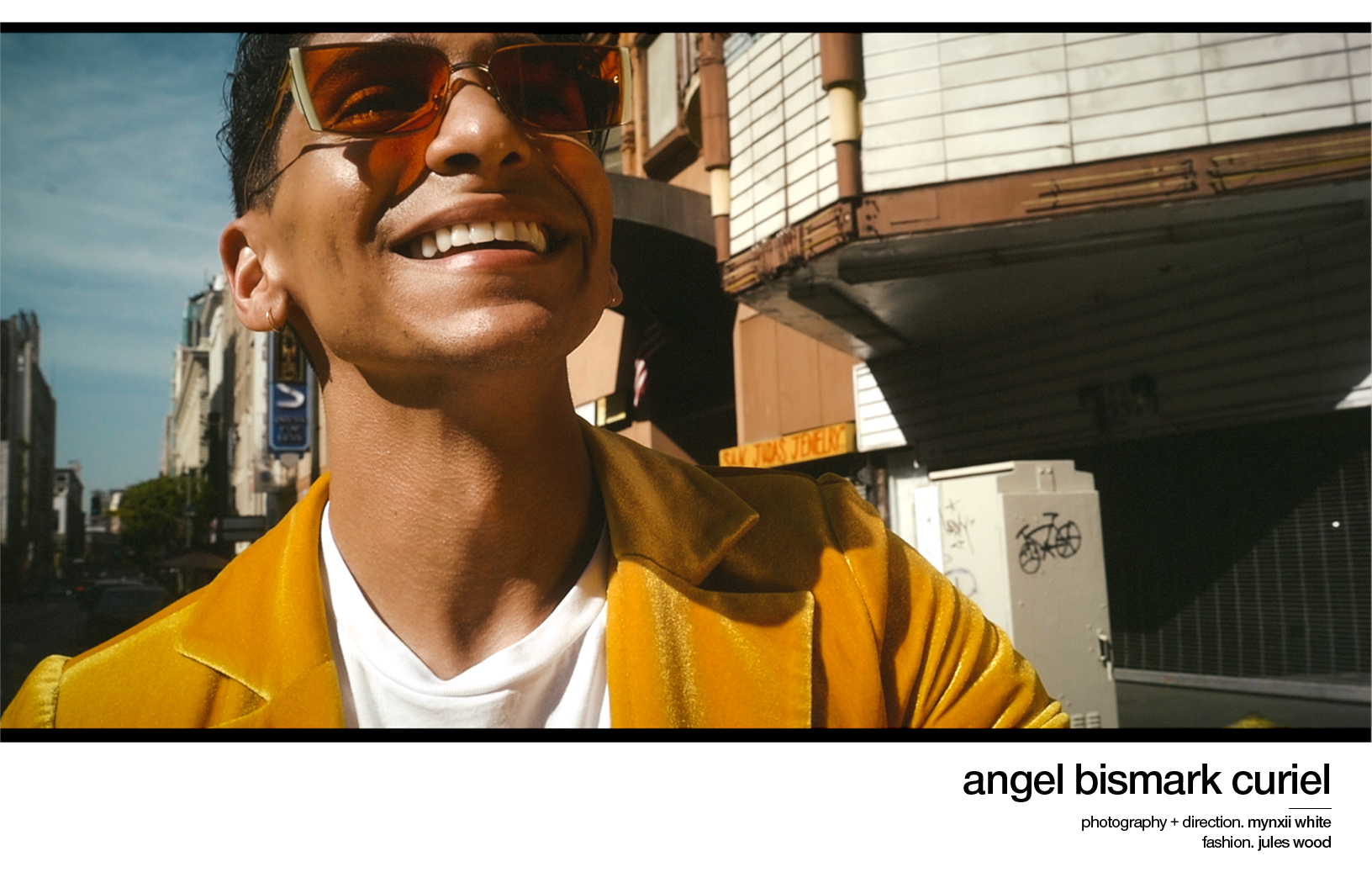 When the first episode of POSE aired in 2018, it marked a pivotal moment for representation of the Ballroom Community within pop culture. Since then, we have looked on whilst the characters have repeatedly overcome the hardships life throws at them with remarkable resilience. Not unlike the Internet’s favourite heartthrob Lil Papi, actor Angel Bismark Curiel has faced a fair few challenges of his own. Schön! caught up with Angel for a refreshingly open conversation about breaking into the world of acting, representation of Black and Latinx characters within the entertainment industry and his hopes for the future.

It came as a surprise to me to hear that acting was not originally part of your plan and you originally intended on joining the U.S. army. What changed your mind and pivoted your career direction?

Before acting, I had no compass. I was directionless. All I knew growing up was that I had to get out of Liberty City, my hometown in Miami. So, when I walked into a recruitment office at 17, I was confident that the military would be my ticket out. Little did I know, the universe had other plans for me. I left that recruitment offer devastated after being told that my having asthma disqualified me from enlisting. When I went to school the next day, my teacher Ms. Michelle Perkins noticed I wasn’t my usual class clown self. She asked me to stay behind after class. I told her about being rejected by the Army and she said, ‘Awww, honey. To be honest, I’m kind of glad this happened because I see you doing more good in this world with a script in your hand than a rifle.’ Those words have never left me. I am grateful that Ms. Perkins saw something in me that I wasn’t able to see yet, helping me pivot and find my direction. I’ve never been more grateful to be living with asthma.

Once your mind was set on acting, what steps did you take to turn your dream into a reality?

I had to get to work and develop an actual craft, gain some tools. I knew that drama school in New York was my best bet. I auditioned for a number of drama programs and selected Pace University. In my two years there, I learned to listen to my body, how to be present in a scene and how to even break down a script. I dropped out due to financial issues but remained in New York and continued to develop my craft through self-guided reading materials, auditioning and trying to find representation — all while working a full-time job at a hotel in Times Square. Nothing was gonna stop me, and I’m glad that POSE and Lil Papi came into my life, enabling me to live my dream as a working actor on a show that actually matters to people. 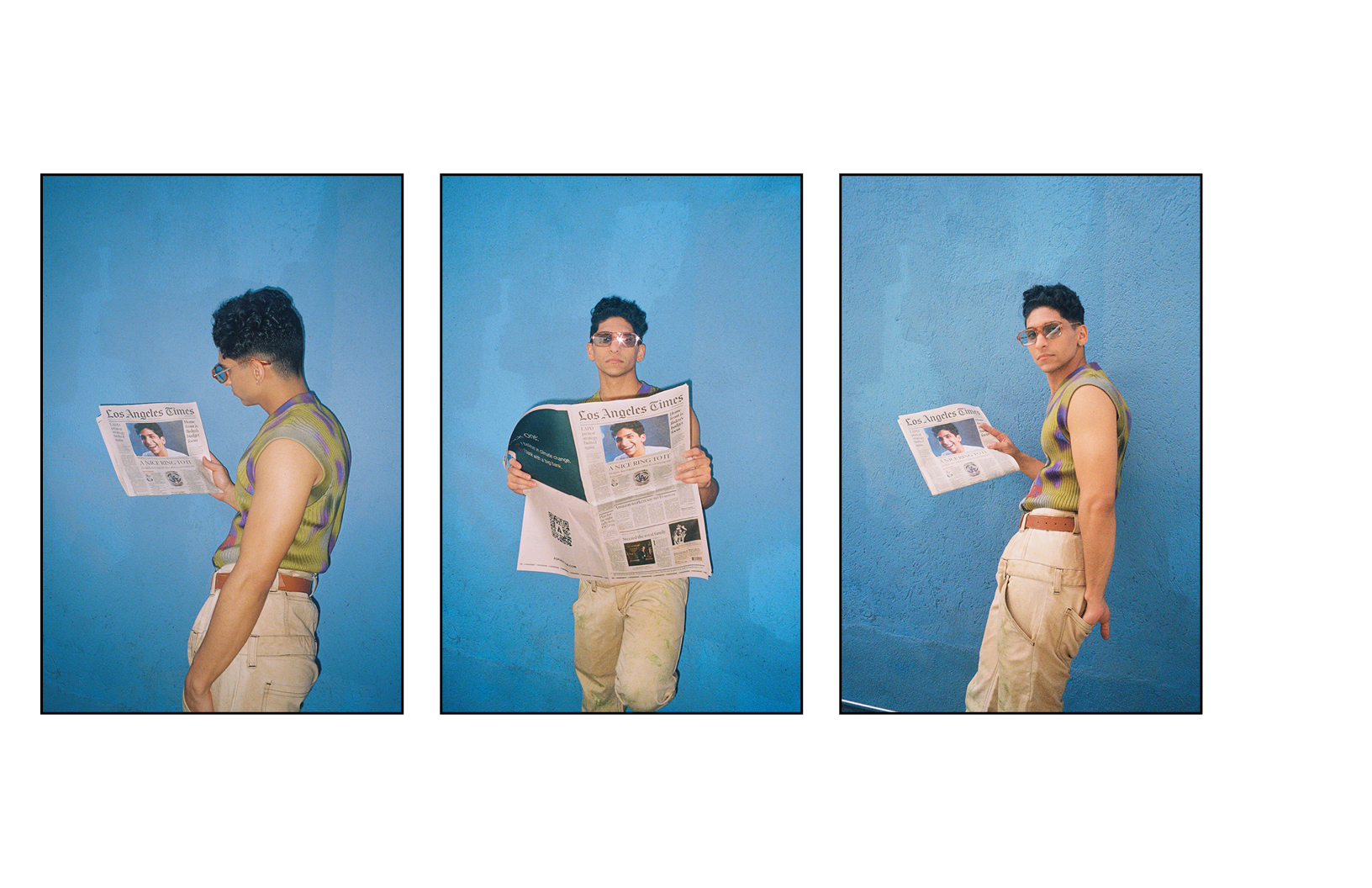 You play POSE’s Lil Papi so naturally it feels as if the role was written for you! What were your thoughts about the role when you first read the script?

My first thought was, ‘This is me! I have to do this. I know this man!’ When I walked into that audition with Alexa Fogel, it was the first time I ever felt like no one else could get the job done but me. Period. I had zero hesitation. Papi was mine. Every audition prior I walked in insecure and unsure, but Papi showed me from the jump what great things can happen when you feel seen and reflected in the material and are given a true shot at showing people what you can do. For young Afro-Latinx actors, the opportunities are rarely there, and I’m grateful that Ryan, Steven and Janet recognised that I was the right actor to bring Papi to life.

POSE is more than a TV series; it’s an educational platform that raises awareness about and celebrates LGBTQ+ history and culture. What do you think is the most important message to take home from the series?

We have the power to create a home for ourselves and fill it with chosen family.  POSE in all its glory is a love letter to the Ballroom Community. Without Ballroom there would be no POSE. We told a story about family through Blanca forming her own House. She is our matriarchal heroine, the glue that holds the House together. What I’ve learned from POSE is you must protect yourself and the people you love, the ones you call family. You show up no matter what, and as a sibling and ally of LGBTQ+ folks, this is tantamount.

Yes, the stories we tell have power to influence audiences – introducing them to people and parts of society they may not be familiar with.  POSE doesn’t shy away from uncovering and reclaiming what society historically has left in the shadows. Our writers are unafraid of going there and actually showing people the struggles and triumphs of what it was like to live through a plague, and to also celebrate the multifaceted experiences of folks living with HIV then and now. I also think it’s powerful that we don’t only have one character — [we have] our heroine Blanca who’s positive, but we tell the stories of Black queer men living with the virus as well through Pray Tell and Ricky’s journeys and their love story. It not only educates people, but it increases empathy which I think is missing when we don’t push ourselves to learn and embrace others. 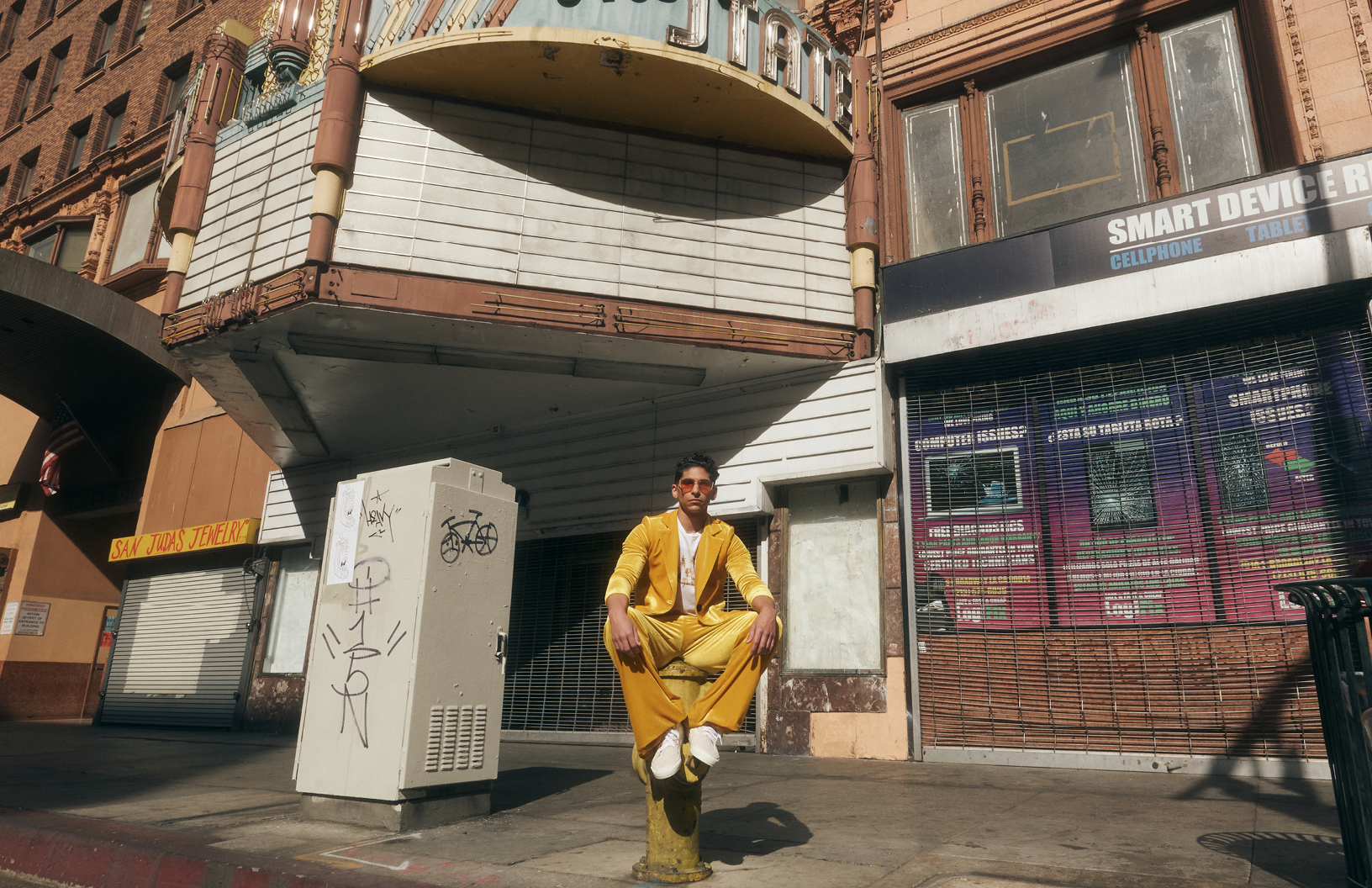 Lil Papi has set a new standard for men to be held to. He goes above and beyond in his willingness to support Angel and her dreams. Has Lil Papi and Angel’s story taught you anything about love, or made you view your own relationships in a different light?

Lil Papi is the man. He’s set the bar real high, even for myself! He’s taught me what it means to be a man, to be honest. I’ve grown playing him. When I started the show I was only 21, and I’ve learned so much from Papi in those four years about what it means to love people, to show up, to be loyal, to sacrifice your all for the people you love. His love story with Angel will go down as one of the great TV romances, and I’m so proud that I had a hand in creating an affirming love story centring a trans woman of colour and a cis man of colour – two people who love without judgement with their entire hearts and build a family together.

Speaking of which, love is in the air both on and off set! You and POSE director Janet Mock have become quite the Instagram power couple. What have the past few months of love in lockdown taught you about relationships?

It taught me that when you find the one you commit to navigating the good and the bad together — no matter what — and it takes clear communication, grace and a willingness to do the work of truly understanding one another to build that ride-or-die relationship we all yearn for. I’m lucky I have that.

How has POSE affected your own relationship with gender-roles and masculinity?

Before POSE, I didn’t have day-to-day interactions with trans people. Being able to go to work everyday and be surrounded by five powerful, beautiful and talented Black trans women and femmes was a gift. They taught me what it means to be real, to be authentic, to stand in your truth no matter what. They’re heroes of mine! I’ve learned that I do not need to be toxic in order to be a man. I can be vulnerable and giving, completely at ease in my masculinity, while also acknowledging that there are many kinds of ways of being and we should all be respectful of that. 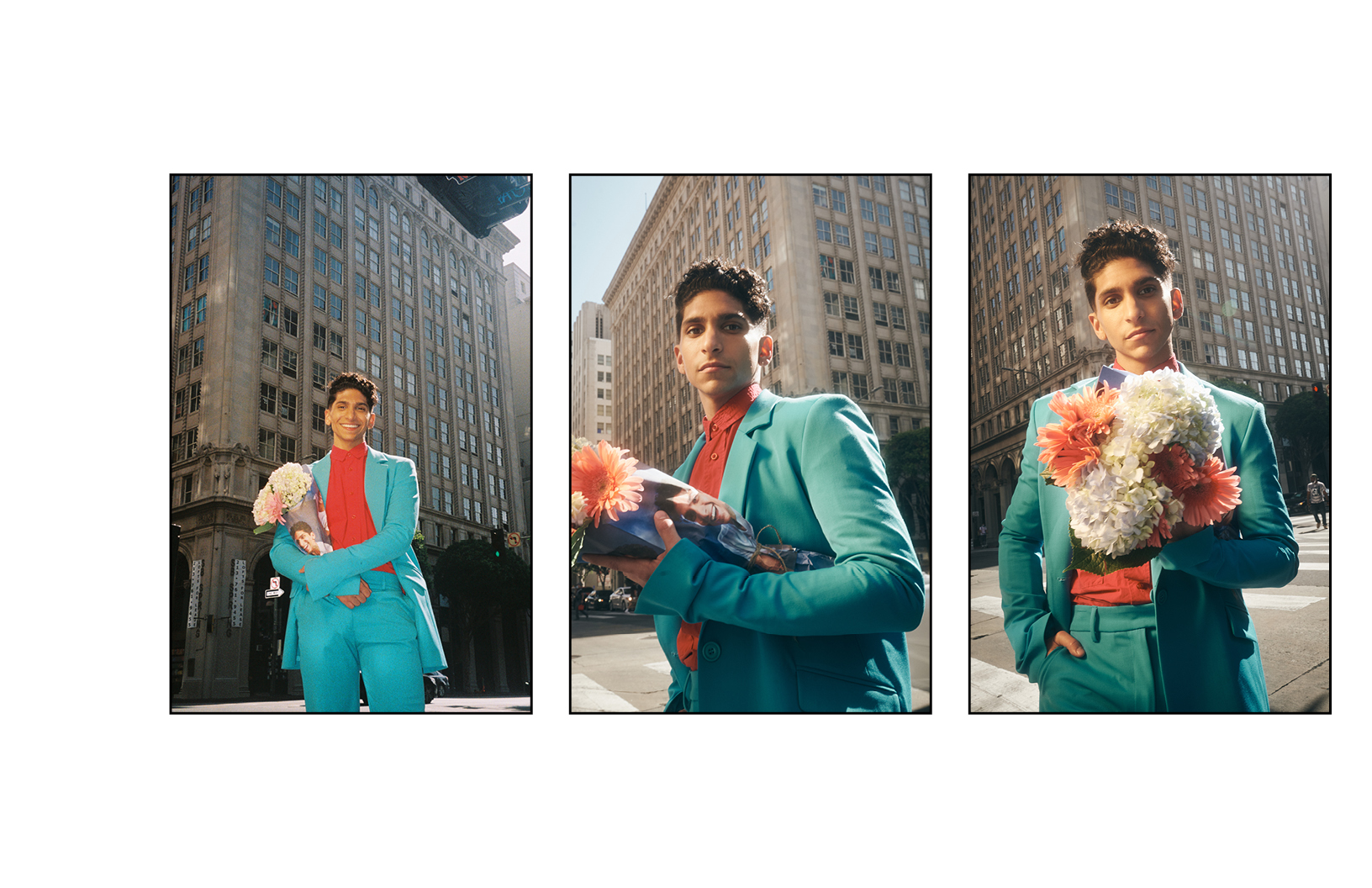 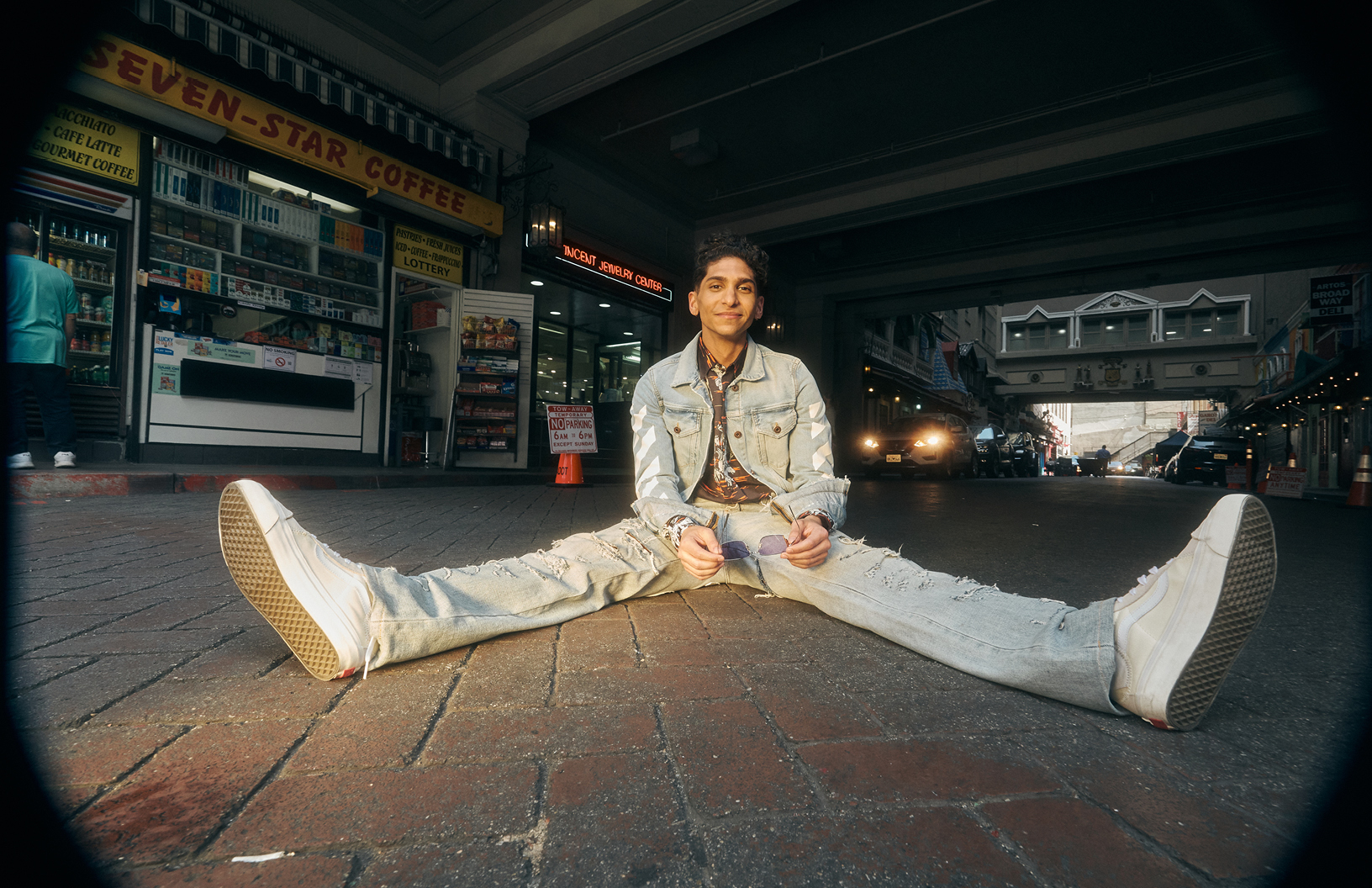 Your goodbye message to POSE on Instagram was heart-wrenching, but it seems like a part of Lil Papi will live on through you forever. What was your favourite moment of playing this role? And what was the most challenging?

My favourite moment happens in episode 6 [of series three], written and directed by Janet Mock. I can’t give anything away, but what I can say is it was the single most challenging that I had to do as an actor.  It took me completely outside of my comfort zone, requiring me to train for weeks with a coach to sell the moment. It was nerve-wracking to do something I had never done before in front of at least one 150 people on set — knowing that what I was doing was gonna be seen by millions on screen. I didn’t want to fail. I felt so naked. The experience forced me to get out of my head and truly let go and live in the moment. When I finally saw the scene, I didn’t see myself or Papi. All I saw was my late grandfather, Tony Curiel, reflected back at me. By the mid 1950s, he was a well-known performer in the Dominican Republic with my late grandmother Angela Vazquez. That moment in that special episode was full circle for me, to see my grandfather reflected back at me. I realised that I am lucky to be my ancestors’ wildest dreams come true.

The devastating crimes against humanity we have witnessed over the past 12 months show just how much we need shows like POSE right now. What changes would you like to see over the next 12 months to promote love rather than hate?

I think we need more stories like POSE that centre Black, brown and Indigenous folks without singularly focusing on trauma. There’s so much joy and freedom and resilience and creativity in our communities. I want to see more stories that celebrate and uplift us, giving us new examples for living and dreaming in our bodies. And maybe these stories could help spread empathy, understanding and love rather than bias, confusion and hate. 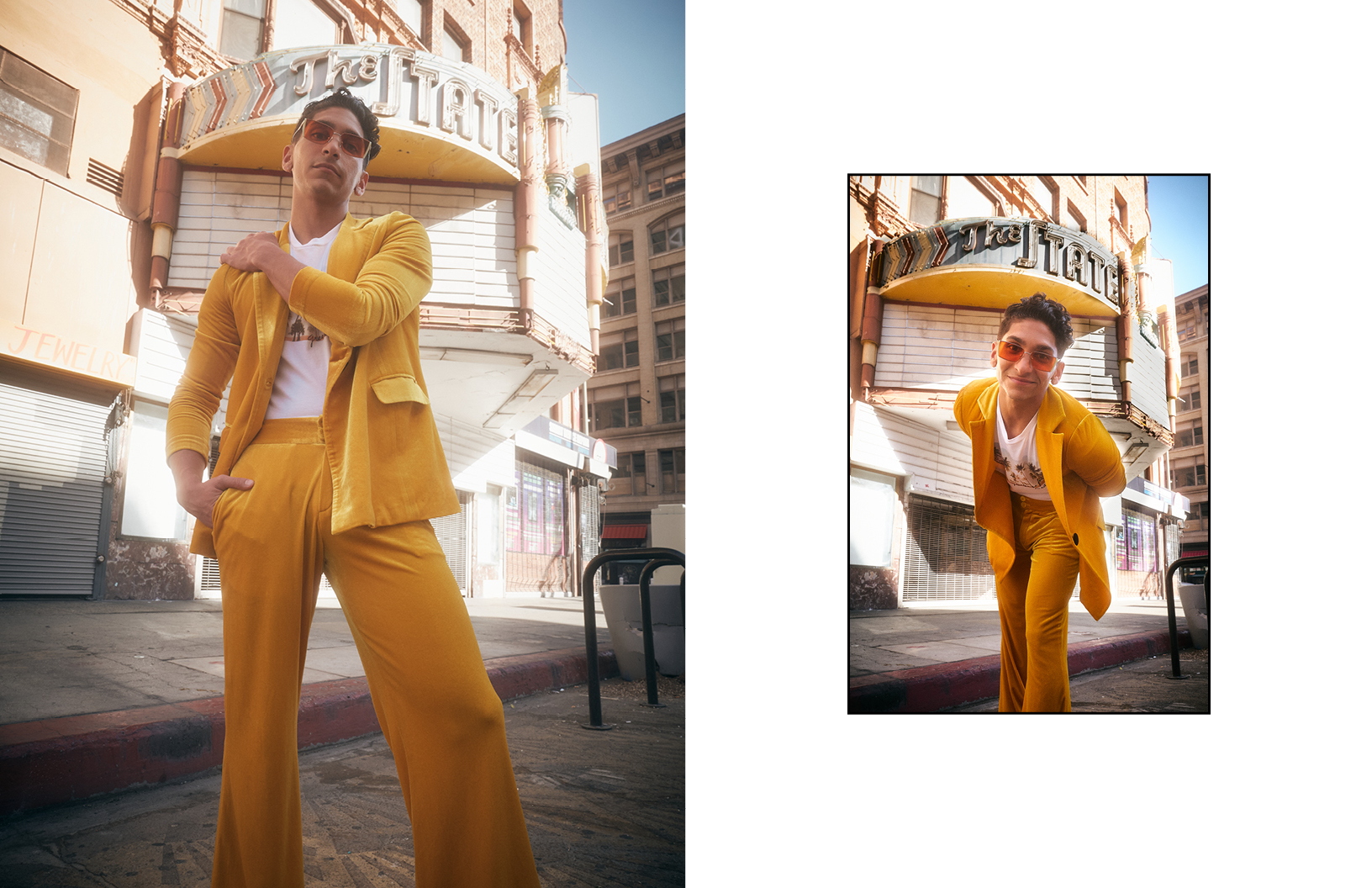 Can you tell us anything about what the next year will look like for you? What will you be working on next?

I’m officially unemployed, joining the ranks of thousands of out-of-work actors looking for their next job. I plan on using my time off-set to refuel, to sharpen my craft in acting classes, and to physically, mentally and spiritually take care of myself as I continue to audition for the right roles. I got super lucky with POSE being my first major role, my big break. I was so spoiled to act on a show that centres Black and Latinx characters primarily written by Black and Latinx writers on a set where the people behind the camera look like and share experiences with me. It’s super scary auditioning as an Afro-Latinx actor, especially in an industry that still very much lacks stories that centre Black and Afro-Latinx people. I find myself going out for roles where casting says they’re looking for ‘inclusive casting’ but when I read the character descriptions that say ‘All-American with blue eyes’ all too often. It tells me in glaring ways that what they’re looking for doesn’t look like me. Still, I don’t let it discourage me. The material isn’t out there yet, or the material isn’t being funded and greenlit yet, but I do have hope that these kinds of stories that centre us will get made. Trust and believe, I’ll be doing my part to create and produce material for myself and my people, and will work hard to prepare myself for when those opportunities cross my path. 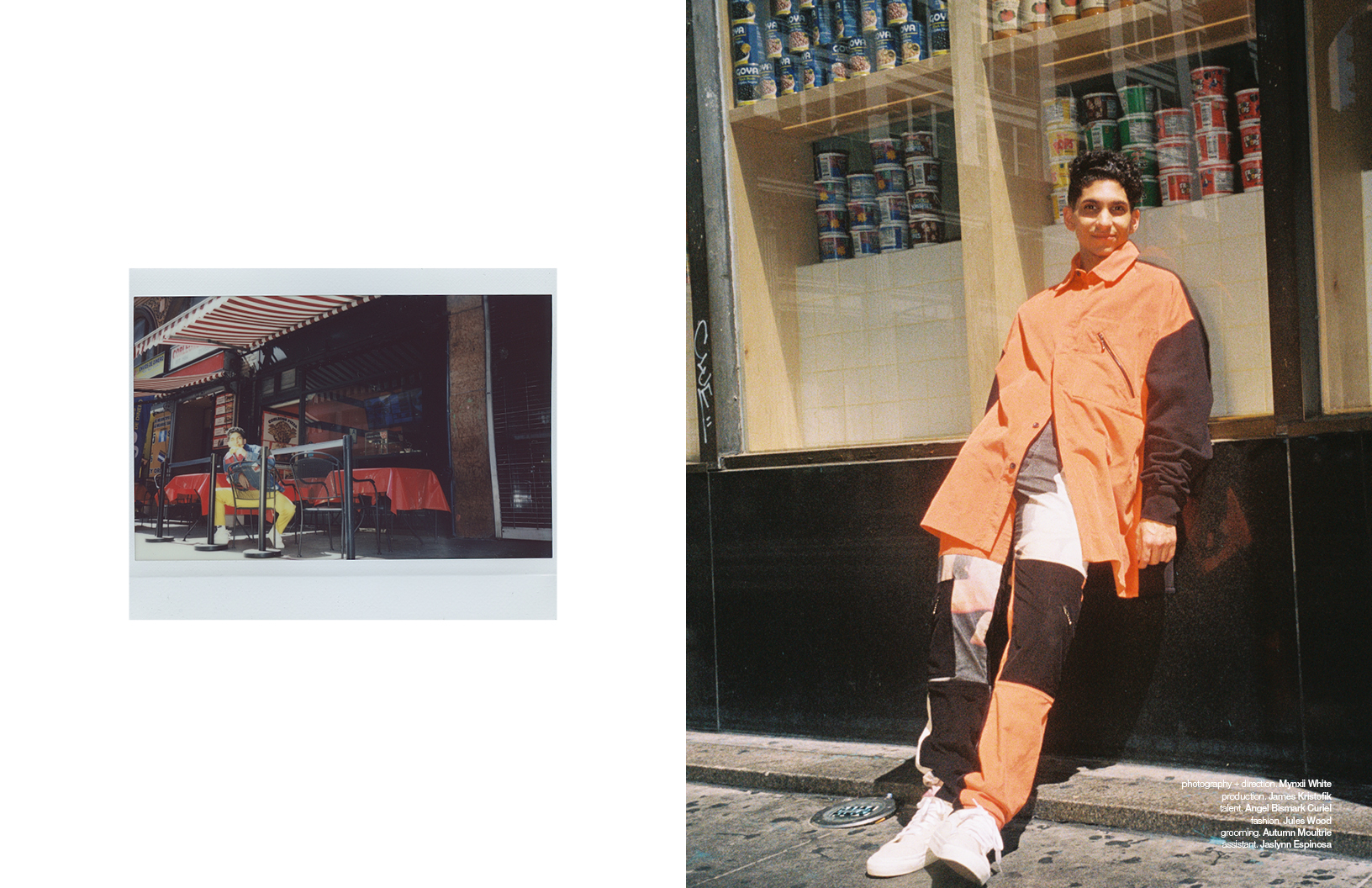 Season three of POSE is currently airing on FX.