Amber Mark is the soulful singer you ought to know. The warm timbre of her voice bounces off vibrant beats inspired by an eclectic upbringing. With Jamaican and German heritage, her childhood spanned the globe calling India, Miami and Berlin home in her short twenty-three years. New York is her current stomping ground where she lives with her sister and Godparents. Mark first found herself in the industry eye without a manager or label. The self-produced songstress haphazardly released her first track S P A C E on Soundcloud last year to a warm response, notably from Apple Beats 1 DJ Zane Lowe. With the right ears tuned to her mellow sound and a growing fanbase, it wasn’t long till Mark found her music on the iTunes home page and rising up Spotify’s Global Viral Chart. Her music holds a personal tone, with debut EP 3:33AM acting as a therapeutic serenade that helped Mark grieve her late mother. She tells Schön! all about her journey so far and what fans can look forward to.

Growing up you travelled around a lot. Did that shape your musical style at all?

I definitely tried to incorporate my childhood into 3:33AM because it had a lot to do with my mother and she was all about travelling. I was really influenced by our time in India since that was her favourite place. She’s from Germany but India was definitely her home. She would have lived out the rest of her life there. So it was really important for me to incorporate the sound of India into the EP.

How has your mother influenced you?

The EP I just put out is all about coping without her. I also tried to make it sound like something she would listen to, which ended up being quite easy because we have similar taste in music.

A lot of Michael Jackson, Earth, Wind & Fire, and Ella Fitzgerald. I listened to whatever my mom listened to but those were some of the artists that stood out during my childhood.

Do you think a love for the creative runs in your family?

My mother was a painter. She had really good taste in music. My dad, whom I don’t really know all that well, writes and produces music as well. 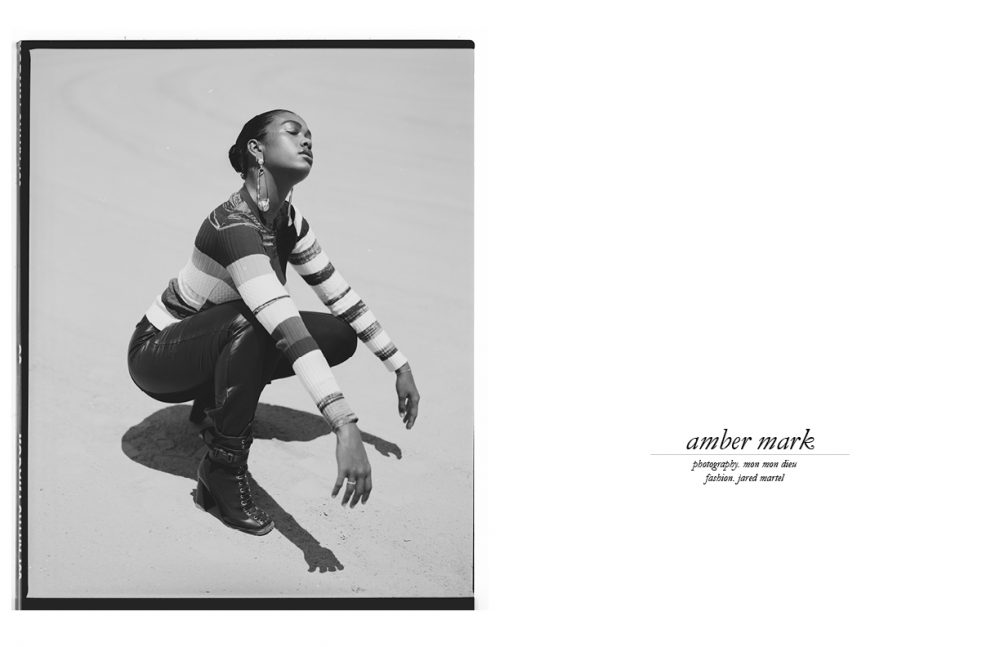 When did you start making your own music?

I started writing songs when I was like 11 but I was 21 the first time I finished a song with production. I’ve always been interested in the production side of things. Even as a kid I rarely ever paid attention to the lyrics. What attracted me to a song for the most part was the instrumentation.

When did you realise you wanted to make music more than just as a hobby?

When I was in my Junior year of high school I always knew I wanted to do something in the music Industry. I think it wasn’t ’til I started singing in front of people that I realised this was what I wanted to do. But I kept my dream inside for awhile. I knew how hard it was to get into this industry, so I didn’t really tell anyone till I was writing and producing.

Where do you find the inspiration for your lyrics?

From whatever I’m feeling at the moment. Or something I’ve felt in the past. Writing music is like my therapist, as it is for many artists. It helped a lot to express myself in that way because I felt like I was able to release emotion easier. 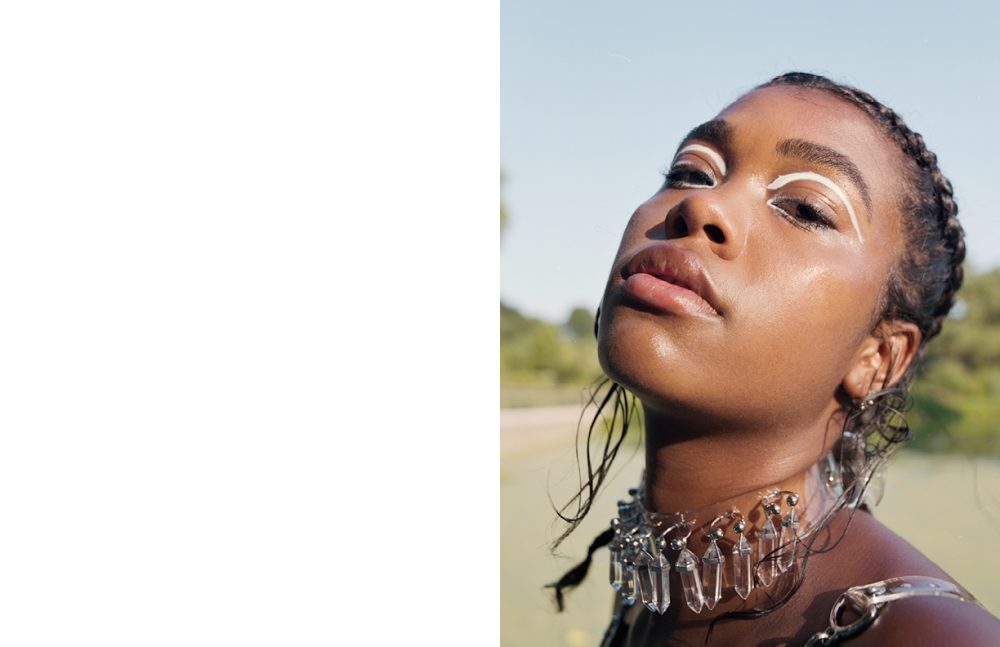 What were you up to before you released your first song on Soundcloud?

I was working two jobs. One at Roc Nation and a night job as a cocktail server.

Did you expect such a response when you posted your first track?

I really didn’t. I just wanted to put music out. So that when people asked me if I had any music for them to listen to I could show them something. After I put S P A C E out it all started moving very quickly. It was pretty surreal.

What’s the significance behind the name of your EP?

Three has always been a very prominent number in my life. My mother was born the year 1953, my brother was born 1983 and I was born 1993. Our little family added up to three. My mother passed away June 3rd, 2013 at 10:23pm. When I was writing the EP I would write a lot at night into the early hours. For two weeks straight I would be in the deep zone of production and then jump out thinking to myself “I should go to sleep. I have to be an adult in the morning” and every time it would be 3:33am. Plus my initials are “AM” so I thought it was only fitting. 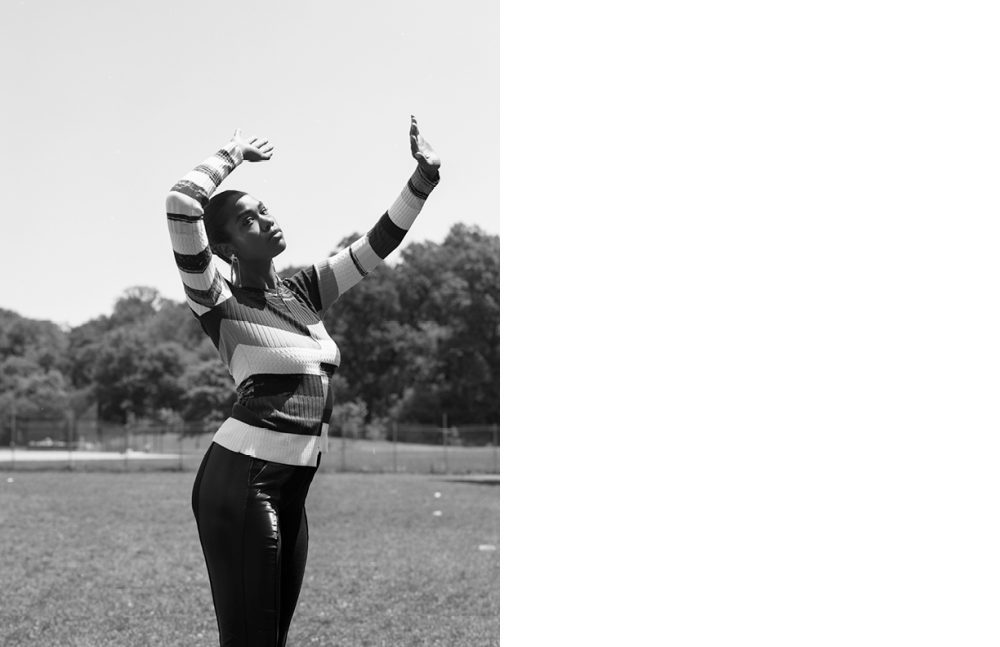 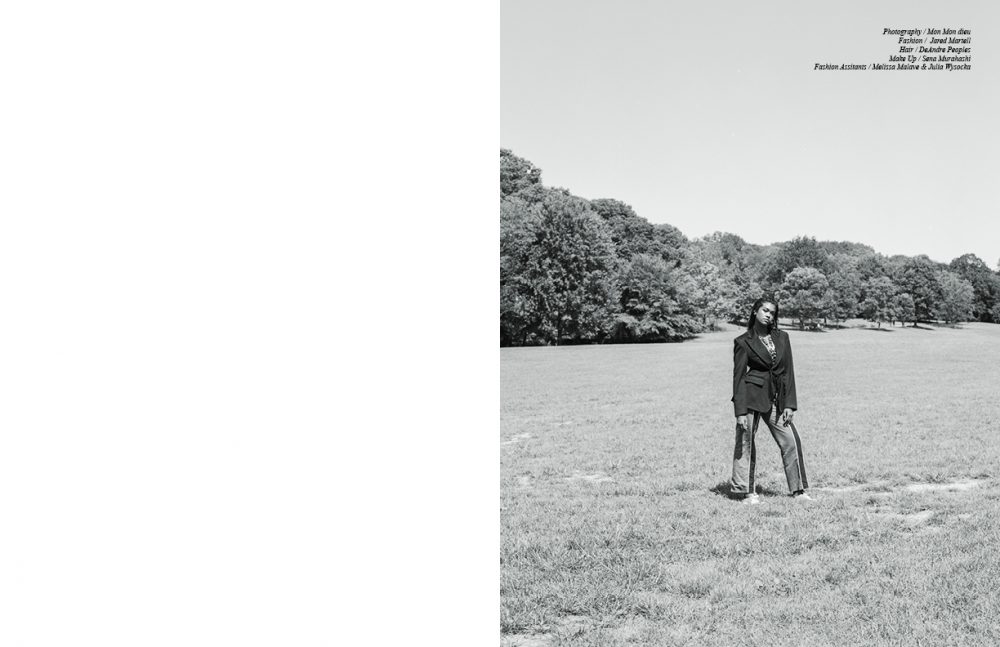 Is there a reason you produce a lot of your music yourself?

When I started writing I would make these little demo productions on GarageBand just so if I were to work with a producer they would get an idea of the sound I was going for. But back in 2014, the people I was trying to work with would say they understood, then make it sound completely different to how I want it to sound. But I learnt a lot about the production side of things. I ended up getting logic and a bunch of sounds and plug-in suggestions from different producers I was working with. That’s when I realised I didn’t need to rely on other people to produce the way I want. I could just do it myself. It’s been my favourite part of creating music since.

Is there anyone you’re hoping to work or collaborate with one day?

Of course! Q-Tip and Timbaland are at the top of the list. I would love to work with Drake, a writer and producer named Prem Joshua, my good friend Gabriel Garzon-Montano – we both just need find the right time to do so.

Lastly, what can fans next look forward to from you?

I’m about to go on tour for a month which I’m really excited about, so all the US fans can look forward to that. Of course there will be more music coming out this year and an album early next year.

This Schön! online exclusive was producer by