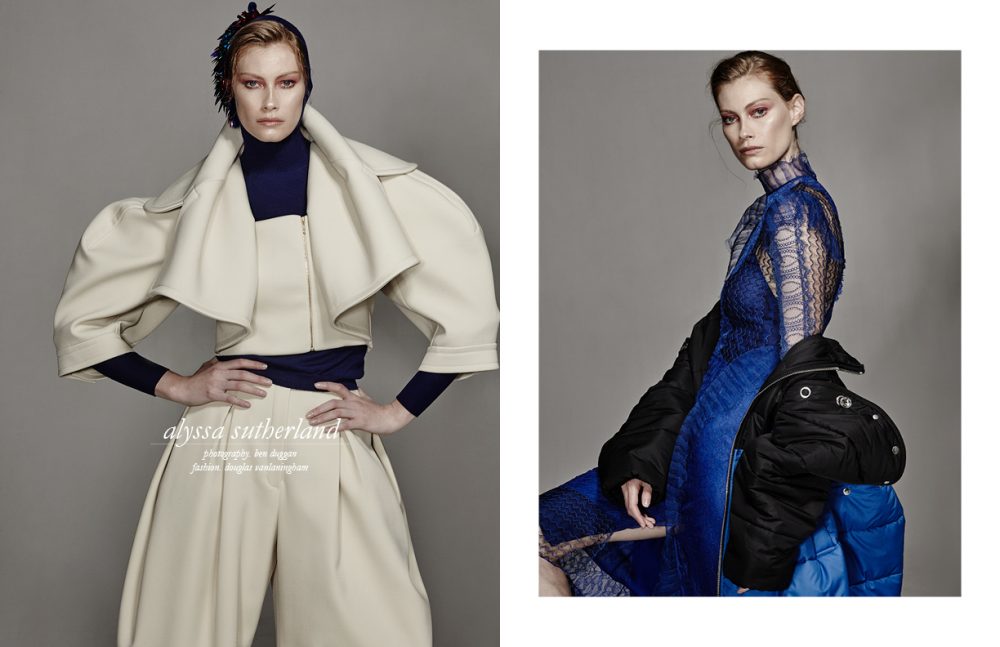 Alyssa Sutherland’s career has seen her don multiple personae, in various ages, formats and settings: you may recognise the Brisbane native from the highly acclaimed historical series Vikings, from the fashion cult adaptation film The Devil Wears Prada or from her covers of fashion bibles such as Vogue, Harper’s Bazaar or Elle. With such impressive cachet, you surely don’t want to miss her as Eve Copeland in Spike TV’s newly premiered series The Mist.

Sutherland is a box of surprises: she models, she acts, and she sings – well, sort of. According to her Twitter bio anyway, she could rival Aretha’s singing in the car. “I guess I can hold a tune, but a voice to rival Aretha? Come on,” she jokes. Her sense of humour is undeniable, as is her talent both in front and behind the lens. Sutherland’s second artistic passion has its own home on the Instagram account @thelightaroundme. “My photographs are only a hobby,” she says. “It’s a way for me to observe the world around me. Sometimes it’s nice to escape your own thoughts and focus on what’s in front of you.” It’s not surprising that her photographs display a thoughtful and poised quality, after all, she has graced the lens of names such as Herb Ritts, Bruce Weber, Ellen von Unwerth and Steven Meisel. But, for this 34 year old, long gone are the days of modelling, having had traded glossy pages for the silver screen more than a decade ago. “I [started] modelling as a teenager,” she relates. “I always wanted to act but was unsure of how to make a living out of it. Modelling helped give me connections in the entertainment industry, and I worked as hard as I could in a lot of different classes.” 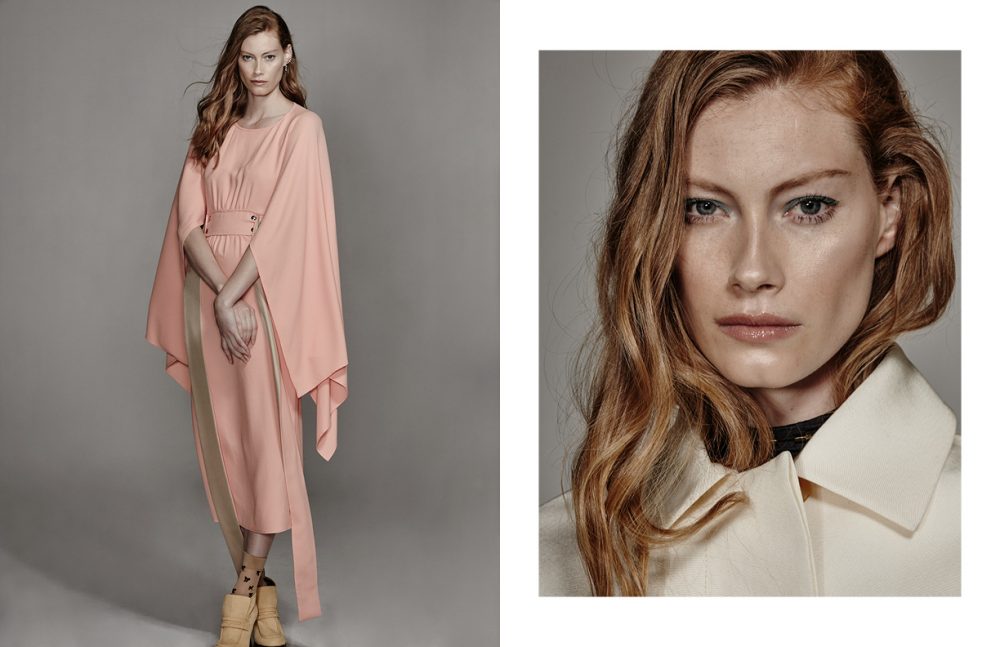 This transition was seemingly seamless,  landing roles shortly after the transition in films such as The Devil Wears Prada, Day on Fire, Don’t Look Up, and the television series New Amsterdam. Sutherland has expressed the dreadful guilt she was racked with during her modelling stint in the past, whereby she felt she was imposing unrealistic standards of beauty in young girls. Incidentally, it’s one of the main reasons why she left the job and, sadly, is also an element that’s somewhat present in her current field. “The entertainment industry certainly contributes to unrealistic standards,” she says. “But I don’t think they’re anywhere near as strict about size as the fashion industry. Things are changing and we’re beginning to see more diversity on screen. There’s so much attention right now on women’s roles – creating more of them, making them much more dimensional characters… I hope things continue to evolve.”

And her roles are certainly a testament to that. Sutherland’s Princess Aslaug on the History Channel series Vikings is probably one of her most praised and recognisable roles. Now that her time on Ragnar Lothbrok’s side – spoiler alert – is sadly over, she’s transitioning from a series with cult following to another genre with even more so with her most recent project The Mist, a TV series adaptation of Stephen King’s 1985 novella. The novella had been previously adapted in 2007 with Darabont’s version. Double the fan pressure. “I’m pretty tough on myself and my work regardless of fandom,” she says. “I hope we’ve created a show that everyone enjoys, but I feel like there’s a lot more pressure on Christian [Thorpe – the series’ executive producer and creator] in that regard. I’m also playing a character that wasn’t in the novella or film, and I think there’s more freedom in that. I think you’d rest assured when I tell you Sutherland has looked at neither the novella nor the film when preparing for her part, rendering her character – the newly created Eve Copeland – even more genuine and untainted. “I like to be informed primarily by the scripts,” Sutherland affirms. 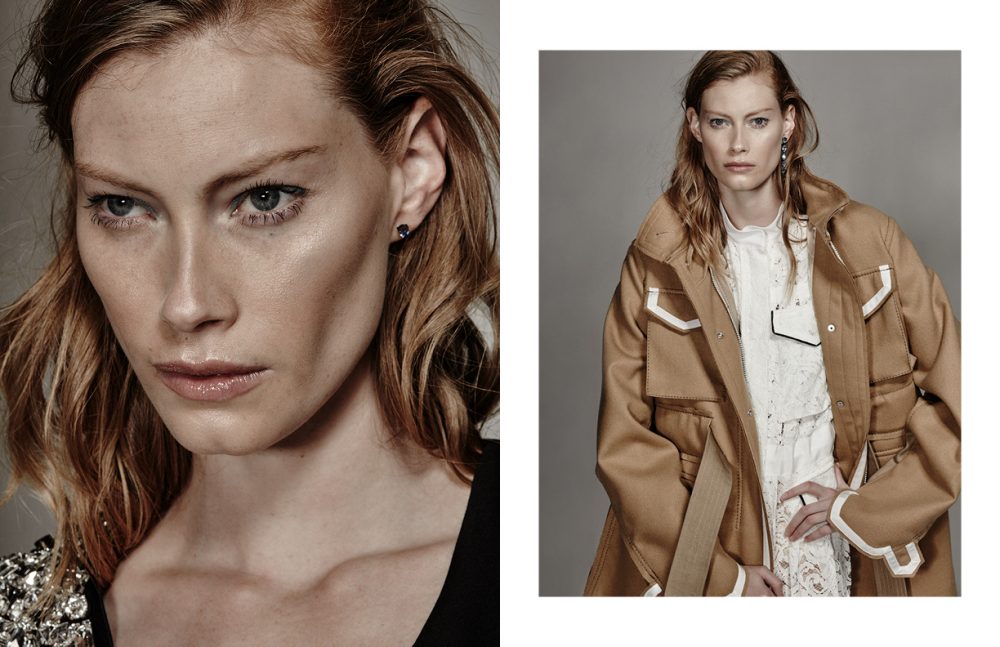 Following Stephen King’s original story, Spike TV’s The Mist “centers around a small town family that is torn apart by a brutal crime. As they deal with the fallout an eerie mist rolls in, suddenly cutting them off from the rest of the world and, in some cases, each other. Family, friends and adversaries become strange bedfellows, battling the mysterious mist and its threats, fighting to maintain morality and sanity as the rules of society break down.”

“I only read the pilot before being offered the role,” Sutherland says. “I really liked what Christian had highlighted in terms of how a victim of sexual assault can be blamed and shamed by society at times. I’m proud to be a part of something so thought-provoking.” Having not a single standpoint for Sutherland’s character surely makes us wonder what can we expect from her. “Eve’s a mother, first and foremost,” she says. “She’d do anything to protect her daughter Alex. Eve’s also impulsive and sometimes acts before she thinks. I think when the Mist arrives, she’s served well by her ability to act quickly, but she also sees that she needs to strategize and be steps ahead of everyone else, which is new for her. I like that Eve doesn’t let her fear override her survival instincts. She’s pretty ballsy, and she’s really fun to play. The Mist incites Eve to action – she becomes a sort of leader. Her relationship with her daughter evolves as well and we’ll see them go through many ups and downs.”

Sutherland stars alongside renowned industry figures such as Morgan Spector, Isiah Whitlock Jr. and Danica Curcic – to name but a few. “Morgan is a wonderful leading man – he’s intelligent and a lovely scene partner. Isiah had me in fits of giggles most days and Danica is just so ridiculously talented. It’s an honour to be included with them,” she says. “Probably the toughest part [of the shooting sessions] is the work we do with visual effects. Oftentimes we’re reacting to things that aren’t there. But it’s just part of the job and any decent actor has a healthy imagination!” 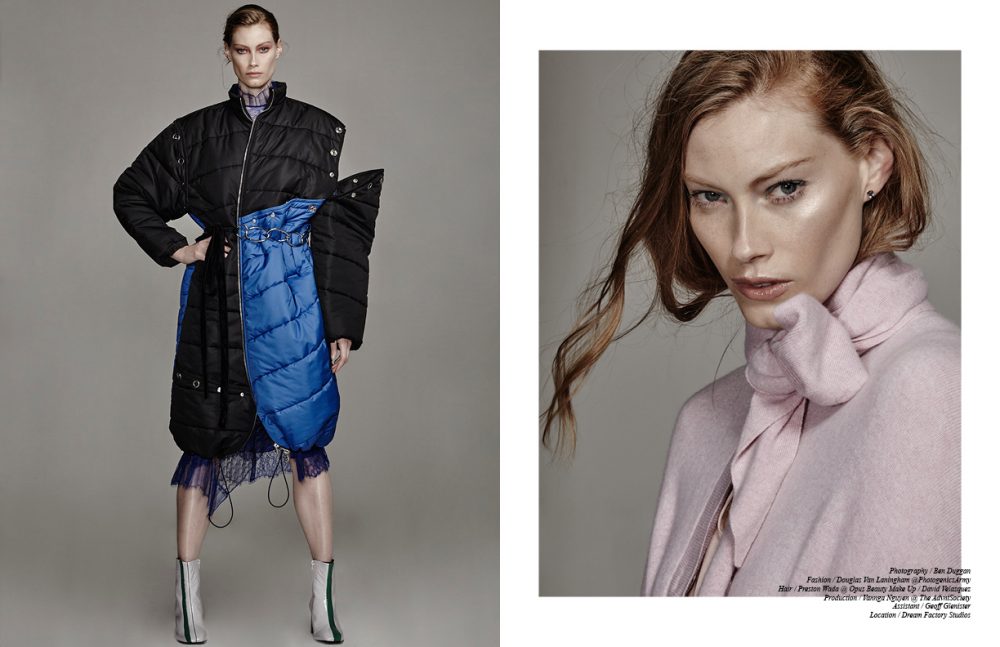 If that wasn’t enough to arouse your curiosity, the series also deals with very complex and diverse themes, going way past merely horror: faith, perseverance, sexuality, family… There’s so much intrigue that not even Sutherland can decide what subplot is her favourite. “I’m not sure I can choose just one,” she says. “But when I read the pilot and came across Adrian’s mother’s line ‘you know your father can’t hear you when you’re wearing makeup,’ I knew I wanted to be a part of it.” The Mist was devised to tackle “what people do when they are blinded by fear,” which makes us wonder: how would Alyssa Sutherland react in that situation? “I’d like to think I’d act like Eve, but who knows? Hopefully, I’ll never find out!”

The Mist is currently showing on Spike.