With his captivating beats, Martin Solveig, French DJ and producer, has been keeping the dancefloors flooded with enthusiasm for more than 20 years. He’s been providing high-octane levels of catchy hooks over the years, with limitless singles and signature dance sounds. Counting titles such as Intoxicated, Places and Hello in his repertoire, the latest addition is the summer hit All Star featuring Finnish talent Alma, the young pop singer who with her neon coloured hair and gripping voice is set to conquer the industry.

Rising to fame with her first single Karma and this spring’s release Chasing Highs, Alma has reached the international recognition needed to put both her and Finland’s flourishing pop music scene on the global map. Her vocals, notably, have been the subject of much discussion. As their new feel-good track climb the charts, Schön! talks to the two artists about musical influences, collaborating processes and pop culture.

How did you two collaborating come about?

Alma: Martin contacted me saying he had heard my voice and really liked it! A couple weeks later we were in the studio, it was all very easy and natural.

Martin, you’ve worked with a panoply of artists – what was it like working with a young talent like Alma?

Martin: Alma is hard working and very easy. It’s a producers dream. She has a unique and strong personality, you can feel it in her voice. She’s very sensitive too. I think we’ll hear a lot about her in the coming years.

Alma, how did you come to making music?

Alma: I’ve been singing as long as I can remember. I don’t think I ever really started making music as such it’s just always been part of my life but it definitely feels like it’s really taken off since I got signed a few years ago. Since then I’ve been working every day. 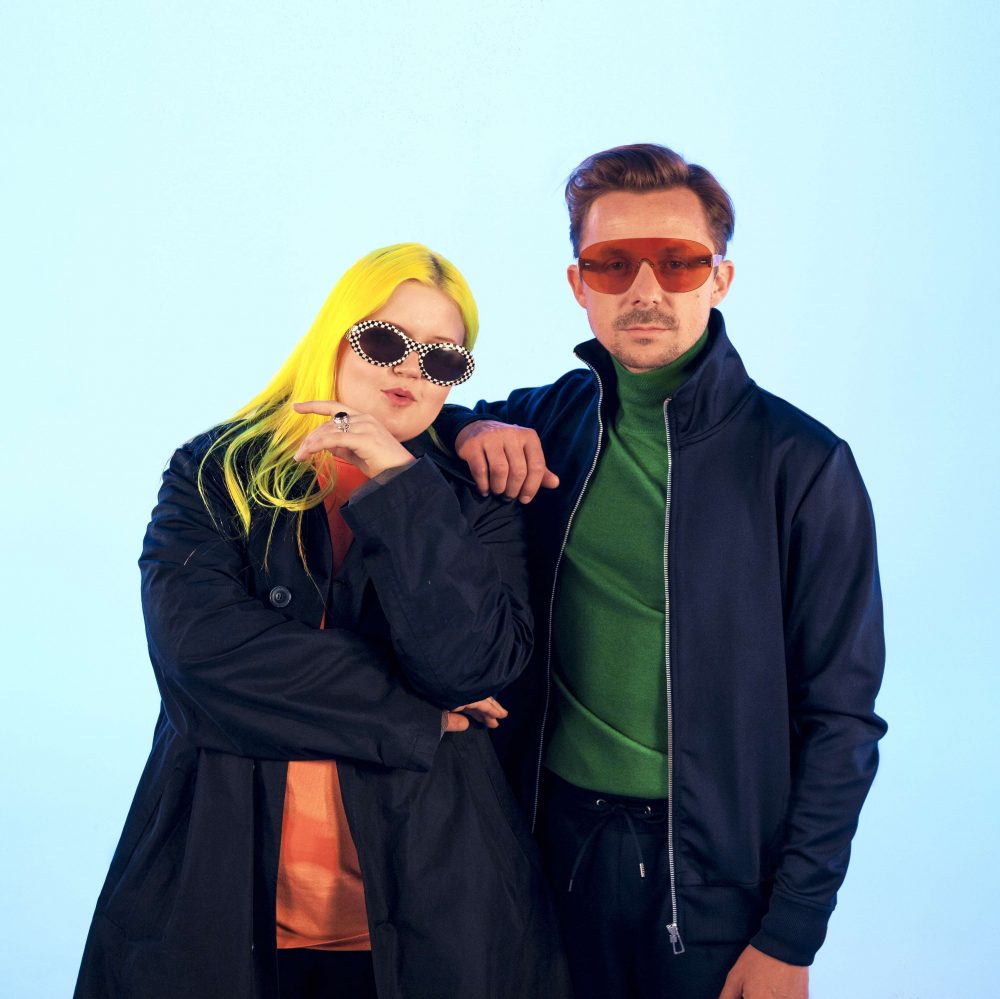 Your style, and hair in particular, have been very discussed. How did you develop your style? And what relation would you say it has it have with your music?

Alma: I just think this is me. I don’t think about my style or my hair too much. Most of the time I don’t even remember or think about the fact that I have different hair to everyone else!

I try to make sure my music and style are just free and natural. No restrictions, just fun! If I feel like singing about cats or dogs, love or hate I’ll do it! if I feel like wearing a man’s big oversized jacket, I’ll do it! It’s easy!

How would you describe the track? What influenced you in making the song?

Martin: The track is a sweet festival singalong. We wrote as if we were in a concert and we were taking over the show, the crowd being the actual star. It has pop art, cultural references. From Warhol to Instagram, we’re all stars.

What were your musical influences for this track?

Alma: Martin’s older music, Charli XCX, Icona Pop… There’s more but I think they are the most relevant.

And as for the video?

Martin: I knew the work of Thomas Lélu and thought it would fit the song beautifully. I suggested he direct the video and I’m glad it turned out so well. It’s fun with a bit of self-irony and awkwardness, I love it.

What excites you most about dance music at the moment?

Martin: The same thing that has always excited me about dance music. It’s clearly underrated but it’s the ultimate thing that brings people together, regardless of their origins, social status, religion. From disco to its modern forms it’s always been like this and it makes me proud to be a dance music producer.

Alma, what would you say is the most exciting about the Finnish pop music scene?

Alma: We have cool young new artists coming up, that excites me. I really like our local Finnish singing acts as well.

How do you reflect your home country in your music?

Alma: The long big winter and the darkness somehow reflect through my music. Finnish culture is so different to any other and I love that. I want to keep it as part of my identity and part of my songs forever!

Martin, what are your plans for the summer festival tour?

Martin: Summer is busy as can be, I have my My House residency every Wednesday at Pacha Ibiza and lots of huge festivals coming, can’t wait to play Tomorrowland’s MainStage on July 28th. I’ll also be performing at Springinsfeld, Creamfields, SW4, Electric Zoo too.

All Stars is Out Now via Positiva/Virgin EMI and is available here.