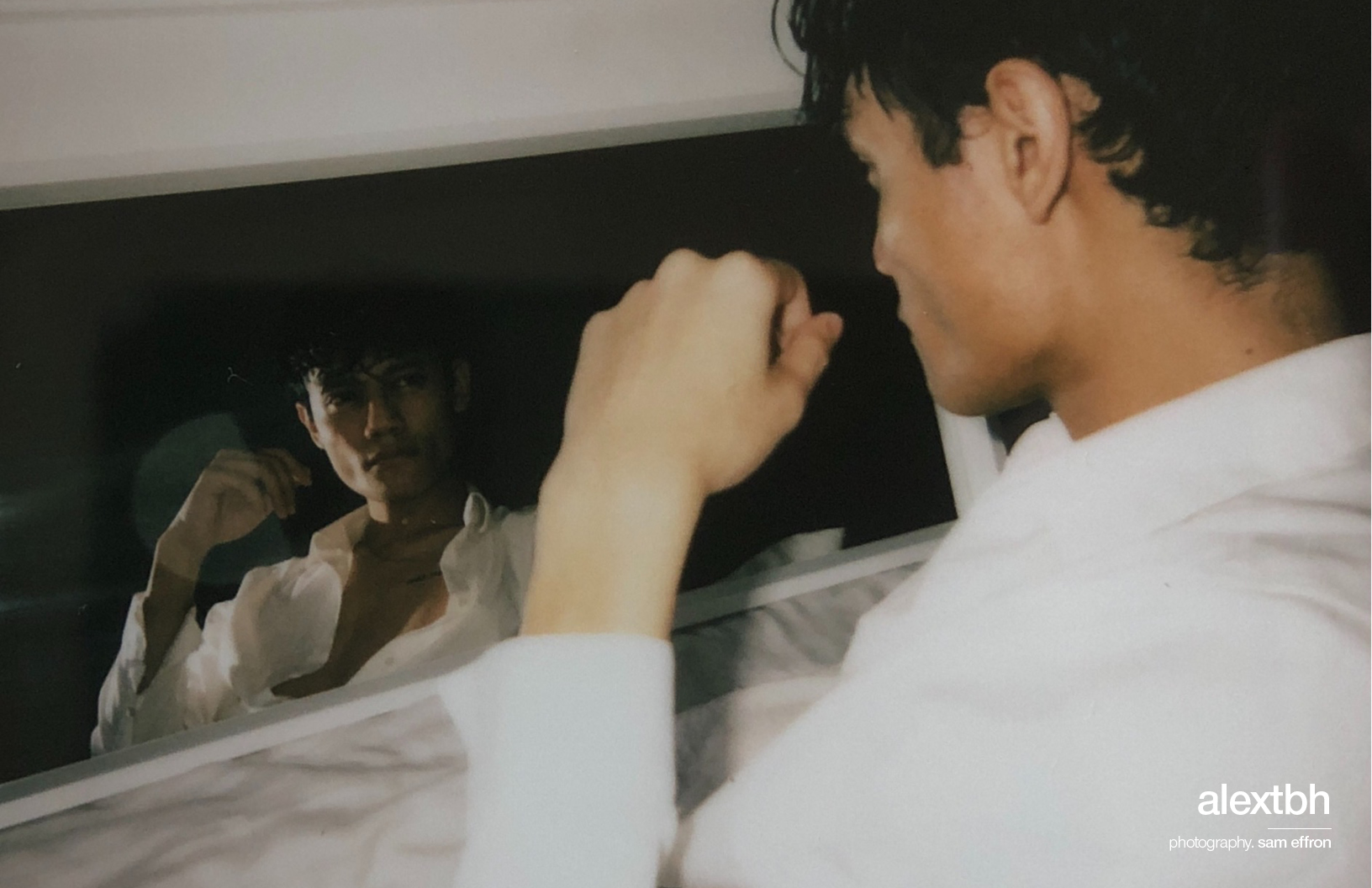 From Kim Petras to Schön! 38 cover star King Princess, Western Pop has no shortage of queer icons. Meanwhile, there is a noticeable absence of queer Southeast Asian artists. This should come as no surprise, as five of the 11 countries in the region have legal ramifications for queer activities. Malaysia, in particular, has some of the harshest penalties. For many, openly living their truth is an act of political protest punishable by law. Despite the social stigma, singer alextbh assures us that the capital’s queer scene is thriving and is where he found his people.

Alex is often hailed as Malaysia’s first queer pop star and is a proud anomaly in a conservative country. The 23-year-old rising star has an impressive repertoire of infectious R&B and pop-infused ballads on queer love and life. In his latest EP, The Chase, Alex navigates through modern relationships and hook-up culture. He tells Schön! the story behind his new EP, what partying in Kuala Lumpur’s underground scene is like, getting the stamp of approval from WayV’s TEN, and how he’s becoming the representation he never saw growing up.

The new single and EP are both titled The Chase. What are you “chasing?”

The idea of what being in love is like. I’ve spent a good amount of time falling in love with the wrong people. That’s how my first few heartbreaks came about. I merely craved for the idea of them. Overtime when things fizzle out one of us ends up ghosting the other person. I wonder if this is what our generation has to deal with? We navigate around this risk-free hook-up culture with an ‘anything goes’ mindset. An endless need to chase an endless high. Usually, you only realise how fucked up things are when you’re burned out and that’s where I am now.

Is your EP inspired by a particular experience?

It all hit me like a school bus when I was in my hookup’s bedroom, thinking about how hideous his light fixtures were. I remember more about his room than himself. It’s sad because he opened up to me after. I pretended to care to try to “relate” to him so he liked me even more. Then I left and blocked him. I wanted to reclaim my power. That was my high and that’s what I actively chose to chase. I’d wake up to different ceilings, different ugly light fixtures, sharing different stories with different people but the motive is the same. I wish I could turn back time and fix things but the only way to move on is to accept and learn.

What has been the reception to your music so far?

It’s interesting. I’m still having a hard time knowing all of my listeners because they all come from different niches. You have the OG Malaysian stans, the small subset of K-Pop Twitter that started talking about Stoop So Low because TEN from SuperM [and WayV] gave me that sweet promo on a streaming app — thank you, king! Then you have gay Twitter. THEN you have the megastars that you want to approach to tell them how much you stan them only for them to reply, “your music slaps too!” It’s been great.

Growing up queer in Malaysia, did you have a supportive environment around you or did you have to find that support system yourself?

It’s a bit of both. When I was younger, I was scared to come out because I didn’t know anyone who did. After college, I found my community. Naturally, you want to surround yourself with people that are like you so before I knew it I had a network of friends that were incredibly supportive. Things became much easier for me and I realised hiding my sexuality does nothing to benefit me.

How would you describe the queer scene in Kuala Lumpur and when did you first start to discover it?

The queer scene in KL is incredibly discreet. A couple of years ago I would [have] never even known the concept of a drag ball. Beyond the heavily-tinted windows lies the outside world that hates our queer flesh and bodies. Step inside and people shower you with “she’s serving!” and “okay, c’mon queen!” Even if you’re a straight ass cis-man wearing a ripped t-shirt and flip flops. People outside the queer community might think these are merely parties but it carries so much more weight in its message. You learn a lot about the “it” clubs and how some of the bars ended up getting shut down by authorities. It reminds you of the fragility of our community but it also shows our resilience. As long as there is a floor space somewhere in KL, you can bet that on Saturday nights you’ll have people death dropping on it. God, do I want to be in one now. This homemade Long Island just isn’t cutting it. 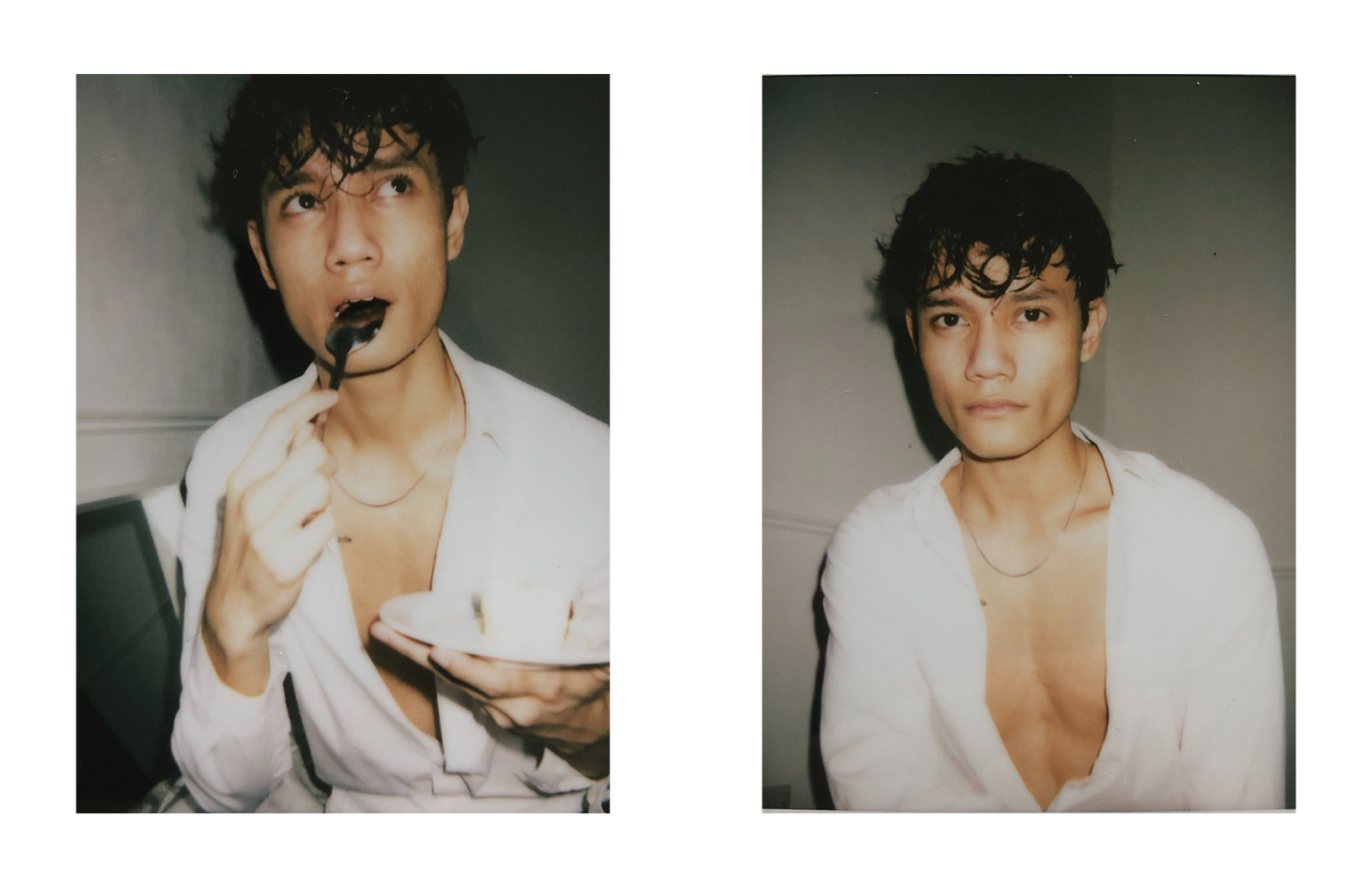 Is it still underground or has it come more to the forefront more recently?

Everybody tries to keep it on the down-low for safety and privacy reasons. In one of the events, before you step inside they ask if you want a sticker placed on your chest to show people you don’t want your pictures taken. Nobody is allowed to photograph the event apart from the official photographer. It just shows the extra lengths we have to go to keep each other safe.

There have been loads of amazing queer artists in music over the past few years, but there still seems to be a lack of queer Asian representation. Is it important for you to fill this gap?

I don’t want the gap to be filled with just me because there are many queer Asian artists that are mad talented. People like Of Methodist come to mind. When I first started my career I was very indifferent about this aspect of me, but I realised how important it is to make other queer Asians feel more comfortable about themselves. Our lack of representation on a global scale can feel repressive at times. I do think it’s changing though. I feel privileged to be able to use my platform to affect that change.

Did you feel like you had representation in the media growing up?

Being such a vocal champion for LGBTQ+ rights in Malaysia must come with quite a lot of pressure. How do you deal with that?

We need to be smart in how we fight for LGBT rights in such a precarious state like Malaysia. That’s why I choose not to give too much shock factor. The most that I’ve done is bring out a pride flag when I was opening for Khalid. That’s my way of activism. I wish I could hold a protest in front of the parliament with my friends but that is the kind of freedom we do not have. There’s no point risking incarceration all while 90% of the population is against you. People who are pro-LGBT are far outnumbered here, so I think it’s always a good thing to foster conversation and not bemoan about how slow progress has been. It’s not ideal but it’s rational.

Has there been a moment so far that’s completely validated the work you’ve been doing?

Definitely the times when my fans come up to me and say, “thank you for merely existing because I feel comfortable being who I am now.” That’s why the ink keeps flowing out of my pen because these songs I’ve written resonated with somebody that has struggled with their identity for the longest time.

You’ve already shared the stage with artists like Khalid, Clean Bandit, and you recently accompanied Yuna on her European tour. Is there someone in particular you’d love to perform with?

Sinead Harnett! Every time she sings I think the universe just stops and listens to what she has to say. One time she sang Stoop So Low on her IG story with so much vocal power. I was like, “the song is yours now sis!” I adore her so much. 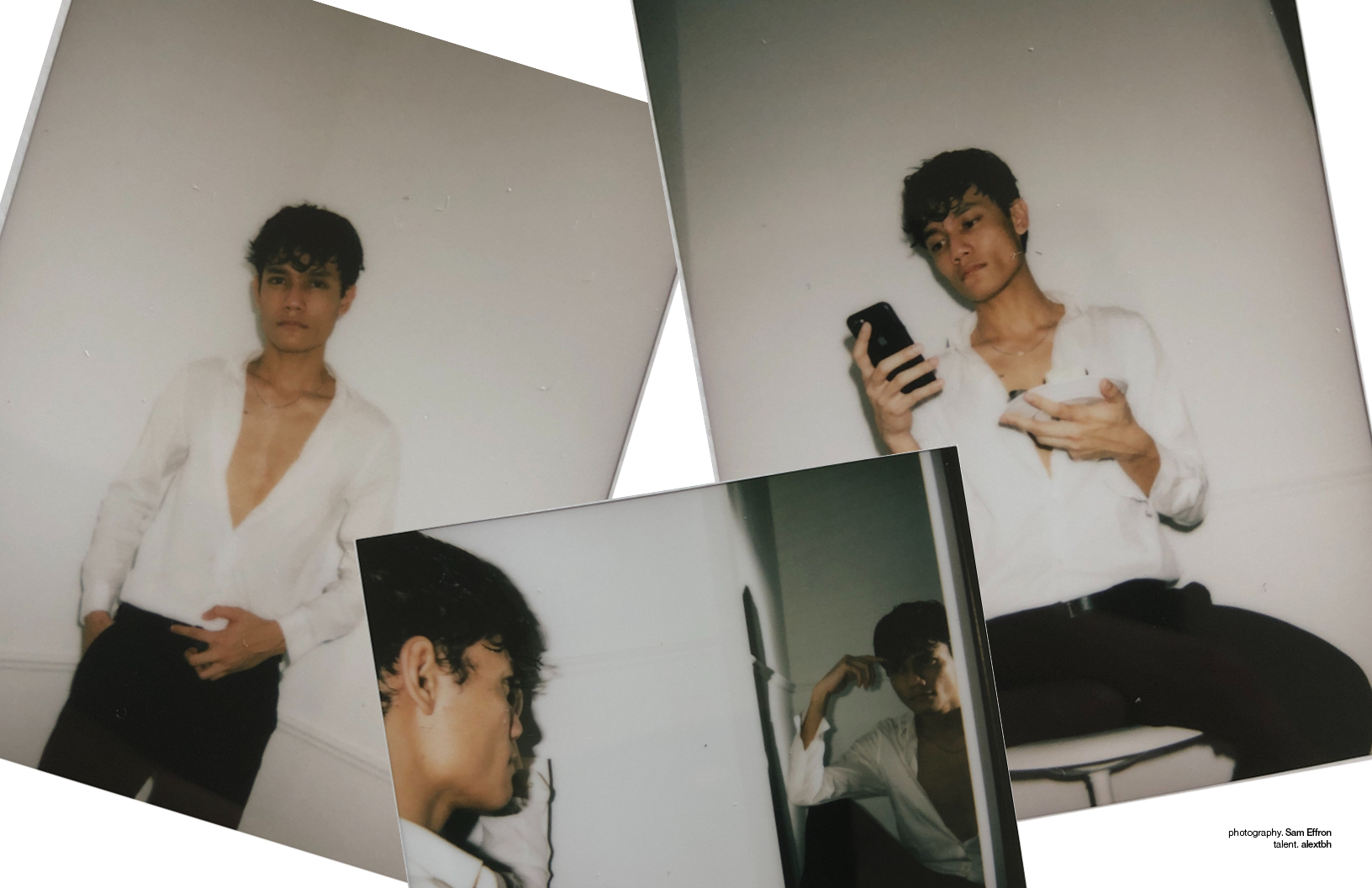 Stream Alextbh’s latest EP ‘The Chase,’ out now. Watch the music video for ‘The Chase’ here.