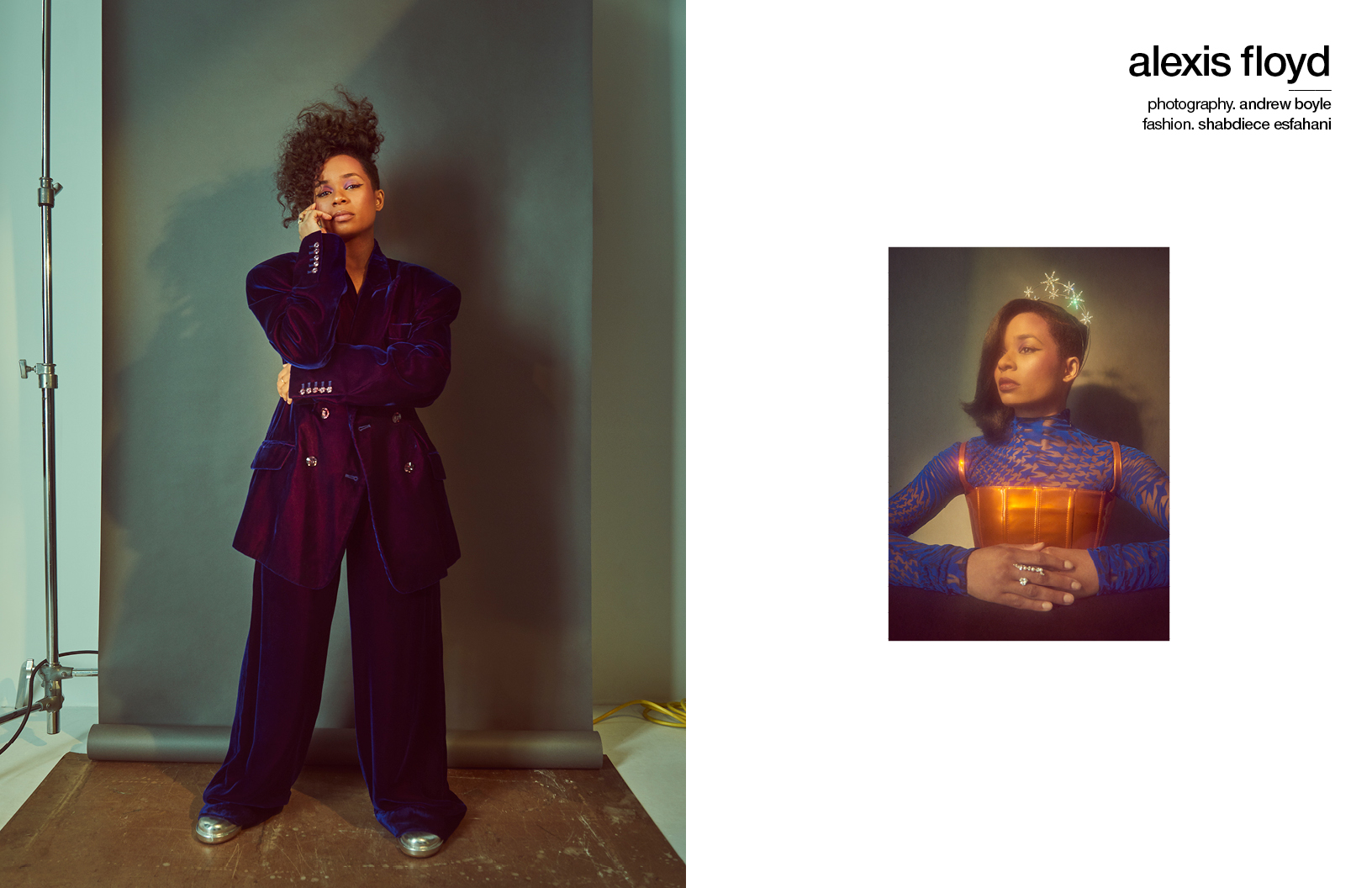 Schön! caught up with Floyd to discuss her career, becoming Neff and life on the set of Inventing Anna.

Hello Alexis! How would you describe your 2022 so far?

My goodness, that’s a challenge. I like that. 2022 is full of love, full of questions, and full of the kind of potential energy that sparks revolutions. It’s full, full, full.

Artistic talent runs in your family. What pushed you to become an actress?

The commitment to the craft of acting happened for me when I did my first musical, The Wiz, at East Cleveland Community Theater. I can still feel this kind of rooting into the ground that happened after my first costume fitting. I was in Dorothy’s shoes, dress, and for the first time I was really inside her mind. I felt curious, mystified and yet very in control of the Dorothy that was starting to move through me. It felt like “home”, to quote a song from that piece.

You have starred in other TV series like ‘The Bold Type’ and ‘Way Down’. How have those roles helped you both personally and professionally?

The Bold Type was blessed; it really was. The gift of getting to work in exquisite Montreal and build a place of pretend for myself taught me so much about my own rituals around building performances: I took long walks, I loved working near nature, and I loved taking time to stumble upon inspiration in a museum or at a craft fair. It was also, like Inventing Anna, a project spearheaded by extraordinary women: true masters of craftsmanship and creating community. Way Down was made by a community of explosively talented theatermakers at The Wild Project. Exploration, bravery, and uninhibited humor were ingredients in every day of our making. The Wild Project is without a doubt a cornerstone of creation in New York City. A shout out to all the out-of-this-atmosphere talent on both those shows as well — magical people.

Now, let’s talk about Inventing Anna. What made you want to audition?

After reading the script, it took only a few minutes before I found myself lost in the ghost-like story of Anna Delvey. That first night of research, I saw the sun rise. That’s how deep in the dive I was. The stranger-than-fiction mystery surrounding Anna was the initial gripping point, but then I found myself just delighted by Neff’s presence in both the script and Jessica Pressler’s article. She was hilarious, she was colorful, she was rhythmic, and she was absolutely no nonsense. All of the players in this story are rich in character, but Neff’s energy in particular was leaping off the page towards me.

Anna Delvey’s tale is yet another scammer story that will quickly reach the charts on Netflix. Why do you think these kinds of narratives are so popular among viewers?

We seem to be collectively curious about playing pretend. When do we do it, why do we do it, and why are we so good at it? How much is role playing a part of daily life? I think the other piece might be that our society values things largely by what they look like, rather than what they feel like. It’s simpler to think worth and value are pre-defined: “it looks like this, so once you have it, you’ll know, and it’ll feel like this, too”. The problem is, once you have “it”, and it doesn’t feel like they said it would, then what? I believe we’re all moving towards “enough equilibrium” as I like to call it: where we can feel that our authentic selves are neither too much nor not enough, and that we are inherently worthy, valuable, and even powerful.

Neffatari Davis — the character you play in the series — was an active consultant during production. What was your experience with her on and off set?

Neff was incredibly generous to all of us with her story, and I feel particularly grateful she stayed so close to me throughout the creative process. We did wine and cheese, we went on walks, we sat by the Hudson, I met her dog, we really got quite close. She is without a doubt a filmmaker through and through. She’s a lover of color theory, she’s a Stanley Kubrick expert, and she’s an absolute scientist of the human experience. Neff, like Shonda, has an extraordinary gift when it comes to understanding the complexities of people. She is also so, so, so, so funny. Quick, too! 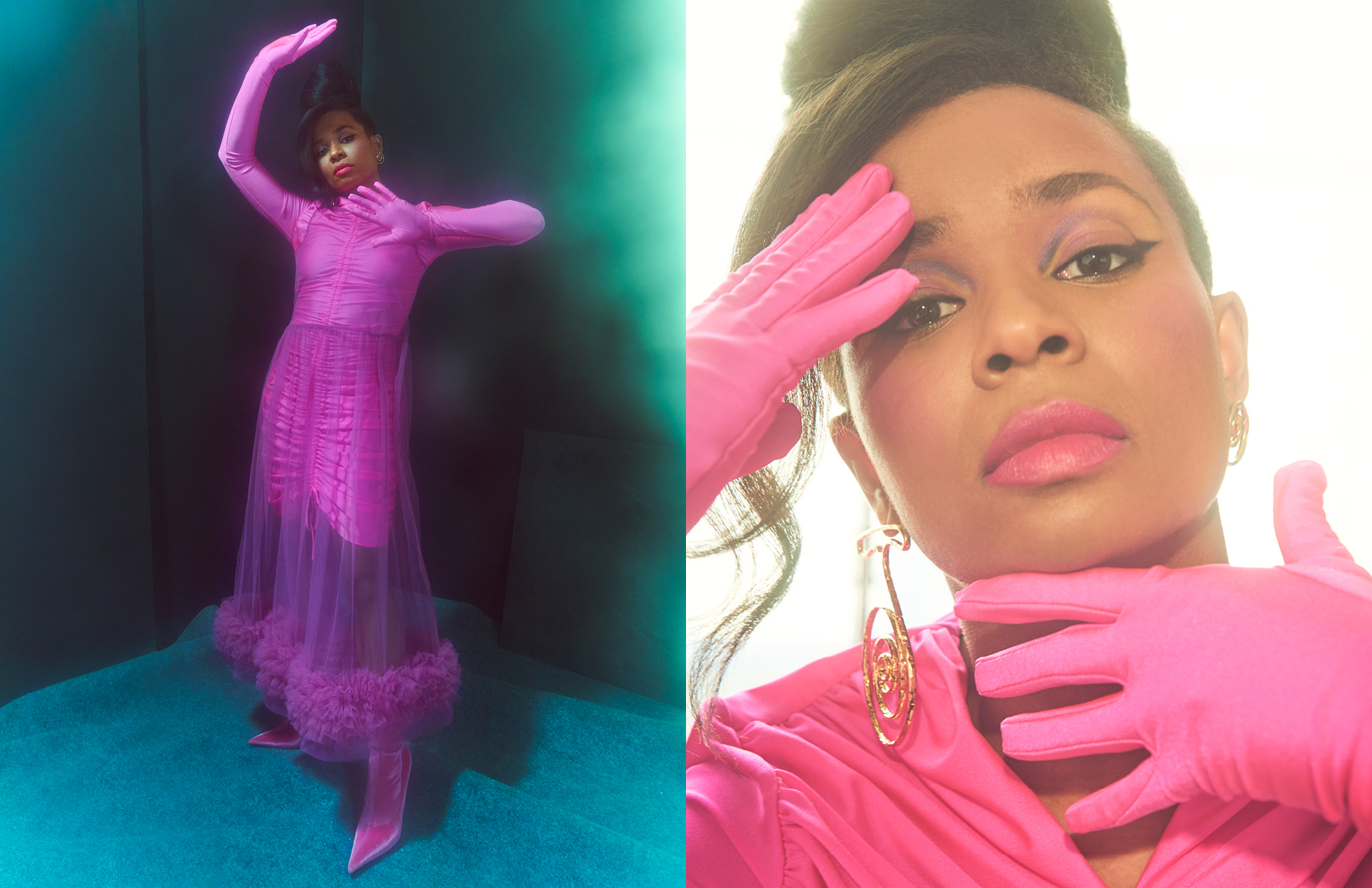 Before your acting debut you had a job at a front desk in a yoga studio — just like Neff. Would you have befriended someone like Anna back then?

I made quite a few client-friends at the yoga studio, a few of whom I did spend wonderful time with outside of work. I don’t think I’m much different than the hundreds of people who fell under Anna’s spell, but I will say I worked alongside some gifted yoga teachers who taught me a lot about turning inward, so maybe after a few Anna hangs I’d say “sorry girl, it’s a new moon, I’m in for the night.”

I love me a journal, so I spent a lot of time both researching and recording notes from our conversations, as well as writing in the first-person perspective as Neff. I’d go to the journal for hours at a time each day, and some days that’s all I do. I also spent a lot of time walking around New York City as Neff – I’d walk by LeCouCou, I’d do work in 11 Howard’s library, I’d walk through Bushwick listening to voice memos from Neff and saying her words back to her, almost like singing along. Neff is also the colour orange personified, so I’d wear a lot of orange, drink a lot of citrus, spend time with orange crystals, or just read about the colour’s physical and psychological impact. The Neff you see on screen is like 1⁄3 Alexis, 1⁄3 Neff, and 1⁄3 the friendship between us. Once Inventing Anna Neff started to take a solid shape, she’d tell me how she wanted to be celebrated in each scene and on each day. It was really just a lot of listening to her, literally and spiritually.

Neff hustled in the show to finance her dream career. What was the most important thing you wanted to show about her?

That was really it — that she had her own dream and her own way of getting there, and at the end of the day there is no force of nature strong enough to keep her from realising that dream and bestowing her gift upon the world. I am so proud of who the real Neff is, and I wanted this performance to be an ode to her confidence, her poise, her intelligence, and how beautifully she’s infused her life with art. 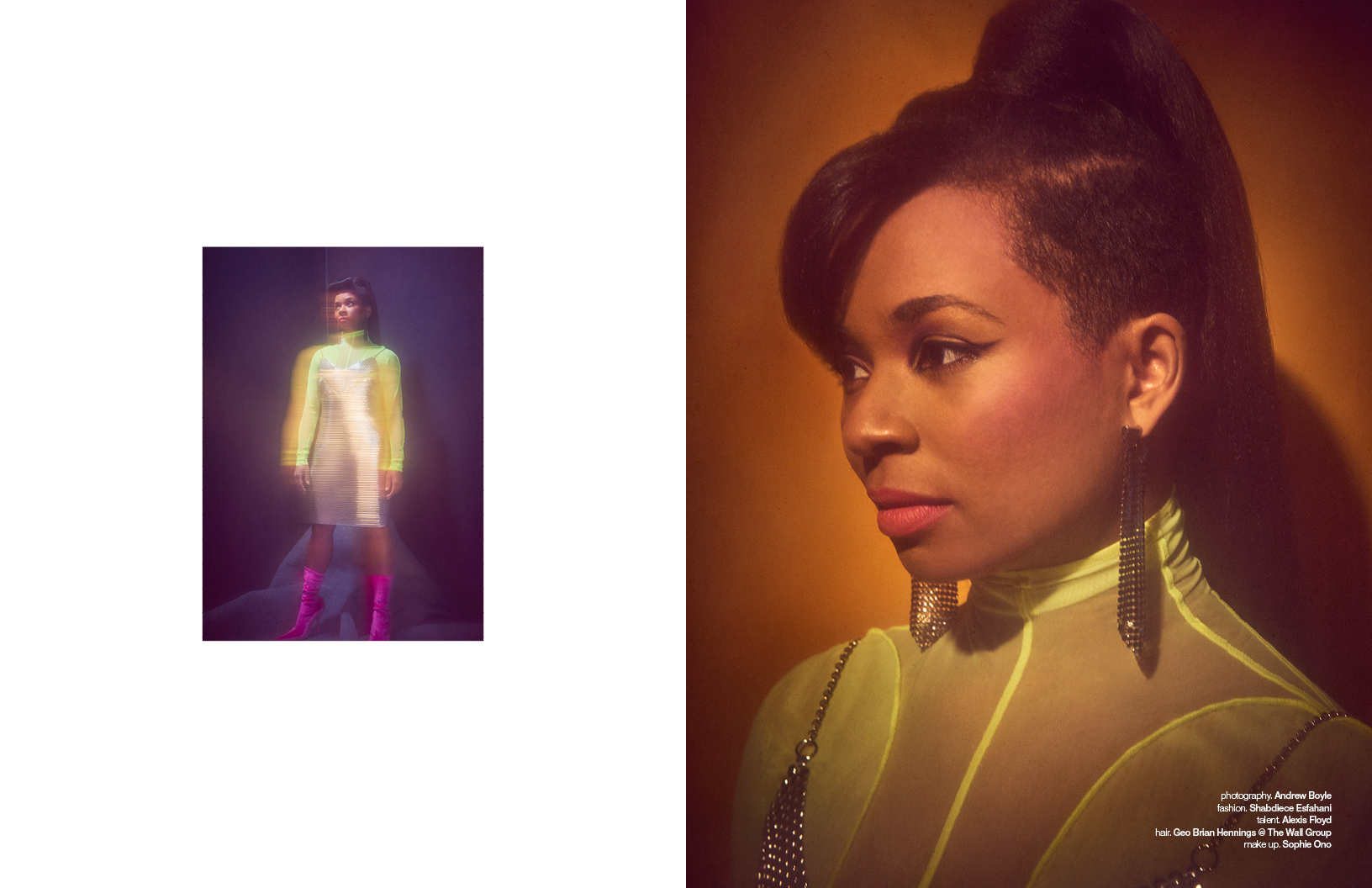 The relationship between Anna and Neff is an essential part of the story. How did you and Julia Garner develop your chemistry?

Julia is one of the most present people I’ve ever met. Her eyes are pools of truth, they really are. As long as you stay relaxed and listening, she is wide open and ever-outpouring fascinating and intelligent choices. She just lit up the actor in me. Our first day on set together we filmed the scene in the middle of episode 5, in the middle of the show, really, where Anna and Neff are sort of floating in time and space in a rare moment of stillness and safety. I don’t even remember it taking time to feel comfortable, grounded and giggly with Julia. But I mean, she had the entire cast and crew cracking up on the daily.

My favourite Neff line, as simple as it is, is “Not today, Satan.” Can I have it on a T-shirt? Favourite outfit? I’m gonna say Lyn Paolo, our costume designer, is my favourite outfit. The Neff closet is one of my favourite places on this green earth. It was the Mary Poppins of dress up the little Alexis in me could have never even dreamed of. Lyn’s work is years of character building synthesized into a shoe choice. She is more than enormously responsible for how I was able to feel confident while telling Neff’s story.

You’ve officially made it to Shondaland. What is it like working with Shonda Rhimes?

It really is like coming home to find yourself in Shondaland. It’s like a kingdom of creativity, and Shonda herself takes such care, down to the finest of details, of the people she keeps close. Her sets are bountiful of warm faces and warm food, and she leads as a writer first. She is also one of the hardest working people walking on our planet. She must have invented a machine that adds hours to her day, because how else? Endlessly kind, generous and focused, too. It’s a lifelong blessing to have a seat at her table.

This show is another step up in your career. What are your current plans for the future?

Not even playin’, my most immediate goal is to find a way to fit eight hours of sleep, exercise, meditation, writing, reading, nurturing the craft of acting, nurturing the love in my life, Duolingo, and slow-eating into each and every one of my days. I have a strong and wonderful feeling that if I stay on that path, the future will take care of itself.