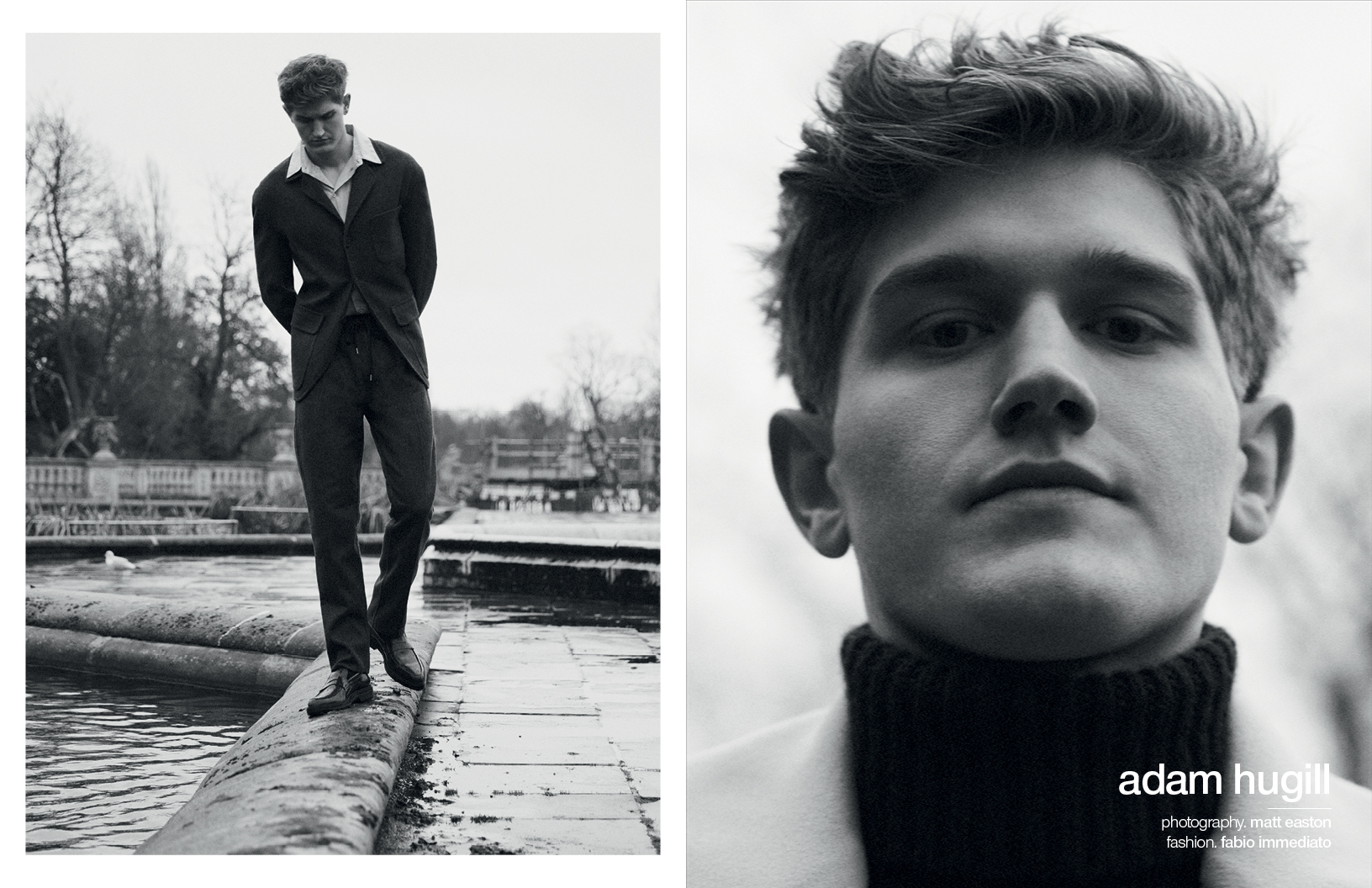 Wizards, trolls, witches and more — the expansive and exciting world of the BBC America’s series The Watch has been captivating its viewers since it first debuted in December of last year. Based on the Discworld novels by Terry Pratchett, the show follows the titular “Watch”, a ragtag crew of police officers made defunct by the proliferation of legalised crime. After they welcome a newcomer to their ranks, a bookish-yet-brawny figure named Carrot, the gang suddenly stumbles onto a case that could restore the Watch to its former glory — and chaos, action and hilarity ensues.

Watching the ease with which Adam Hugill commands the character of Carrot may make it difficult to believe that this is his first leading role. However, it’s true — just a few years out of drama school, Hugill had several smaller roles and made a brief appearance in the critically-acclaimed war drama 1917 before securing the role of Carrot. While this may be his first leading television role, there’s sure to be plenty more on the horizon for the young actor. Schön! sat down with Hugill to discuss The Watch and what he has coming next.

Hey Adam! The Watch is a super fun show. How did you strike a balance between honouring Pratchett’s original work while creating something new?

When I first got the audition for it, I immediately sought out Pratchett’s work because I was like, who the hell is this character called Carrot? Usually I get, like, John or David. I went online and looked at everything about Discworld, reading everything I could on the character. What I brought to the character for my audition was based on what I’d read online and the first two episode scripts I was given before auditioning. Everything, for me, was about Discworld.

And then — I’ve said this before, but I read one of the books when I got the role, then in my head I compared the scripts to the book. To me, it was seamless. The world is here: the vibe, the sarcasm, the silliness, the crazy fantastical city of trolls and wizards and witches all that sort of stuff was all there for me. I truly believe that the only thing that’s changed is how people understood the world to look.

So once you found out who this “Carrot” was, what did preparing for Carrot look like?

Well, there’s a lot of stuff about his size, and he’s meant to be this huge guy, really muscular.

Yeah, exactly. [The show] got me a personal trainer and put me on a meal plan for like five weeks before I flew out. When I walked on the set with my hair dyed ginger and the full costume on with the boots and everything, I did feel different. You feel stronger — you’re carrying an extra stone of muscle, and that helps get you into the mindset of the character. Never mind being ginger as well. Nearly a year of my life I was ginger. With COVID I didn’t get it dyed back, and then we had to do reshoots, so I was ginger for a very, very long time. I’ve still got tinges of it. 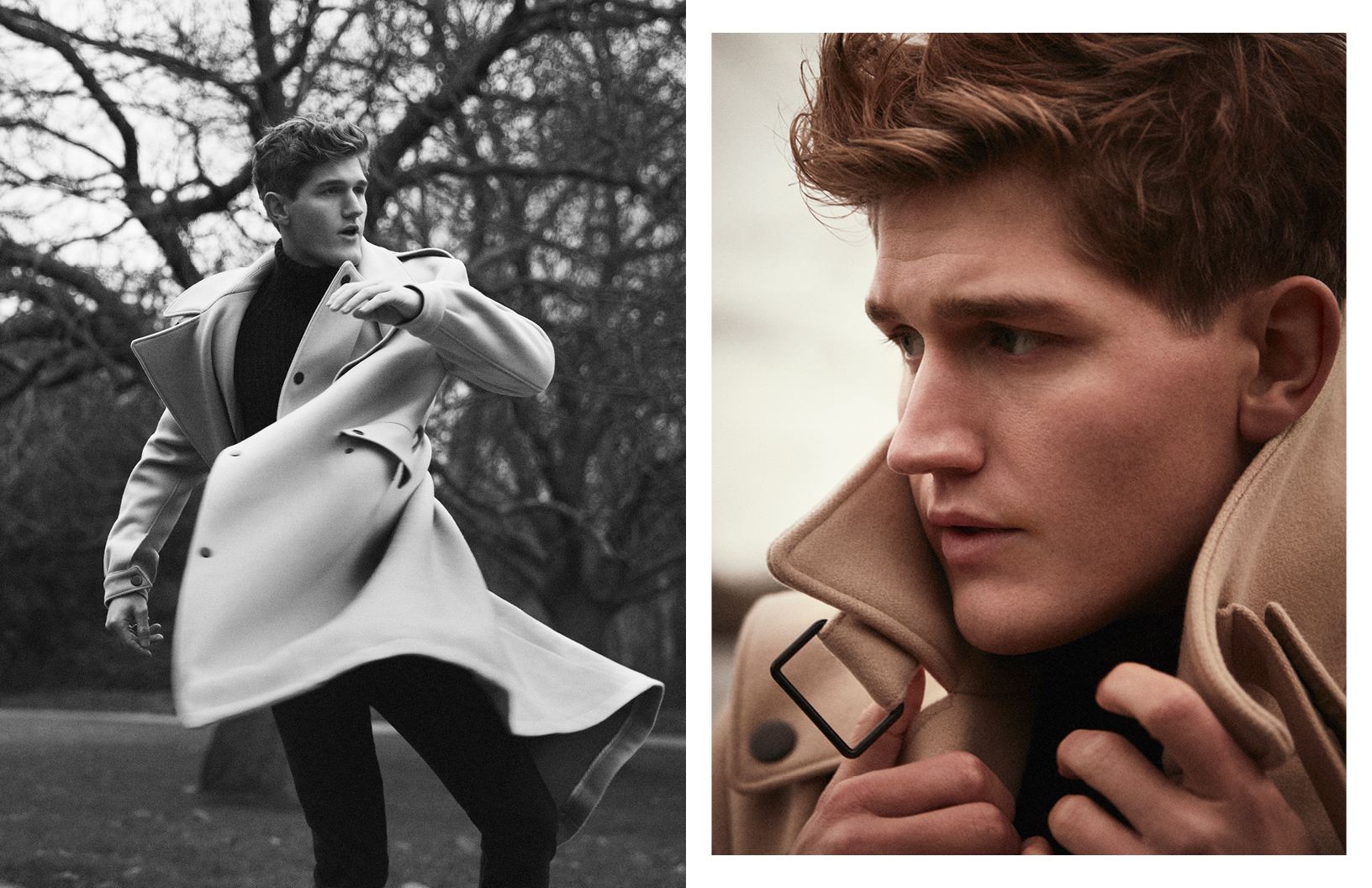 You filmed the series in Cape Town, South Africa. How was that? Had you been there before?

Yeah, I had. I played rugby as a teenager, and I went there for two weeks on a rugby tour when I was 17. But when I went back as an adult, and I had a flat, and I had to buy groceries and all this sort of stuff, it was of course a very different experience. It’s a really cool country. Marama [Corlett] and I, we’re really good friends, and we made friends with one of the make up artists, Marie [Maggio]. She lived there, so she took us out in her car and we went all sorts of places. It was the height of summer — like 40 degrees in December. I would be in an outdoor swimming pool like, this is weird.

I’m exceedingly jealous. I know you have another project in the works. What can you tell us about that?

I’m doing a movie! We were in pre-production from mid-October last year, and we started filming in November, and now we’ve got another block of three months or so of filming left to go. But I don’t know what I’m allowed to say. It’s just great fun, and it’s something completely different style-wise. From an acting perspective, it’s a massive challenge, which is great because I’m constantly looking to be challenged. I don’t want to get bored, and this is completely new. 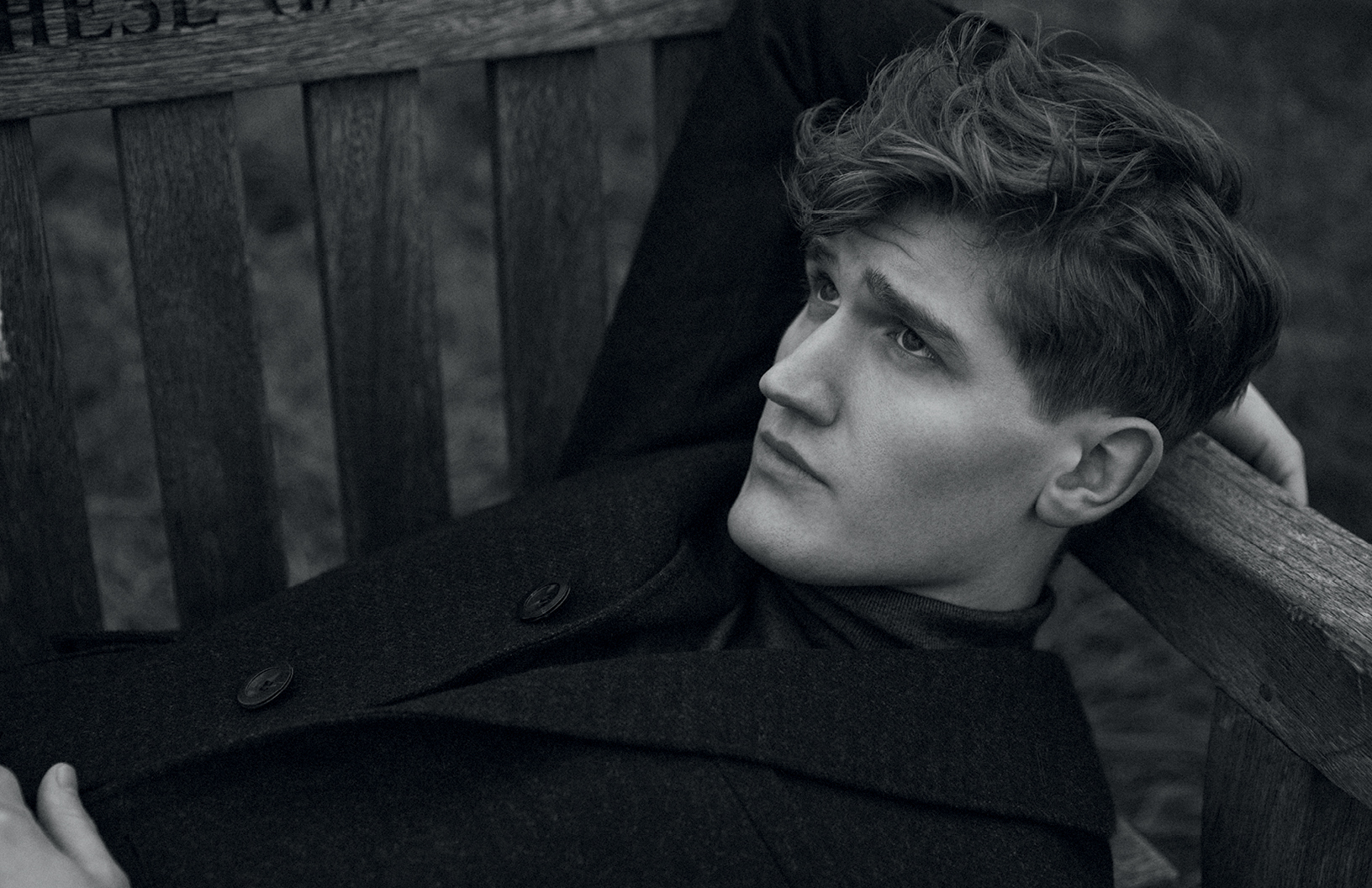 This is kind of a shift in topic, but The Watch is your first big role. I know that getting a role means not getting a hundred others, so can you tell us more about what those apparent ‘failures’ have taught you along the way?

I’ve been up for 150 or 200 auditions in the last two years since I left drama school. You’re constantly getting no’s. They’re ‘failures’, I guess, and there are always projects that you want to be on that you don’t get. But the way I like to look at it is, every failure leads you onto a new thing and another thing. Everything I’ve done in my career so far has been something I never expected to do, and it’s all led me onto more and more exciting things. In a way, I like to not have regrets or be unhappy that I didn’t get certain things because everything has led me to where I am now. And I’m happy where I am now!

Are you a goal-setting person? As in, do you have a plan like, ‘in two years I want to be here’? Or are you more ‘go with the flow’?

I don’t know. I’ll say I’m a ‘go with the flow’, but underneath that I’m like, ‘help me’. [laughs] Again, in terms of work, I’ve been very, very lucky. My first TV gig, I had one line, one scene. My second TV gig I had, like, three scenes. And then my next TV gig was a series lead in The Watch. Same with movies: I did two low-budget indie films when I left drama school — one had like a £300,000 budget, the next was £1.2 million, and then the next film I did was 1917, which was like a hundred million. The one I’m doing at the moment, I dread to think what the budget is. With each one, I’ve gotten a bigger part or more interesting part — you know, something that I could really sink my teeth into. So yeah, I guess I don’t have a plan. I’m not like, I need to be Tom Cruise, or whatever. It’s just nice to know that I am stepping onto the next ledge, climbing the ladder.

Last question: what are you looking forward to right now? 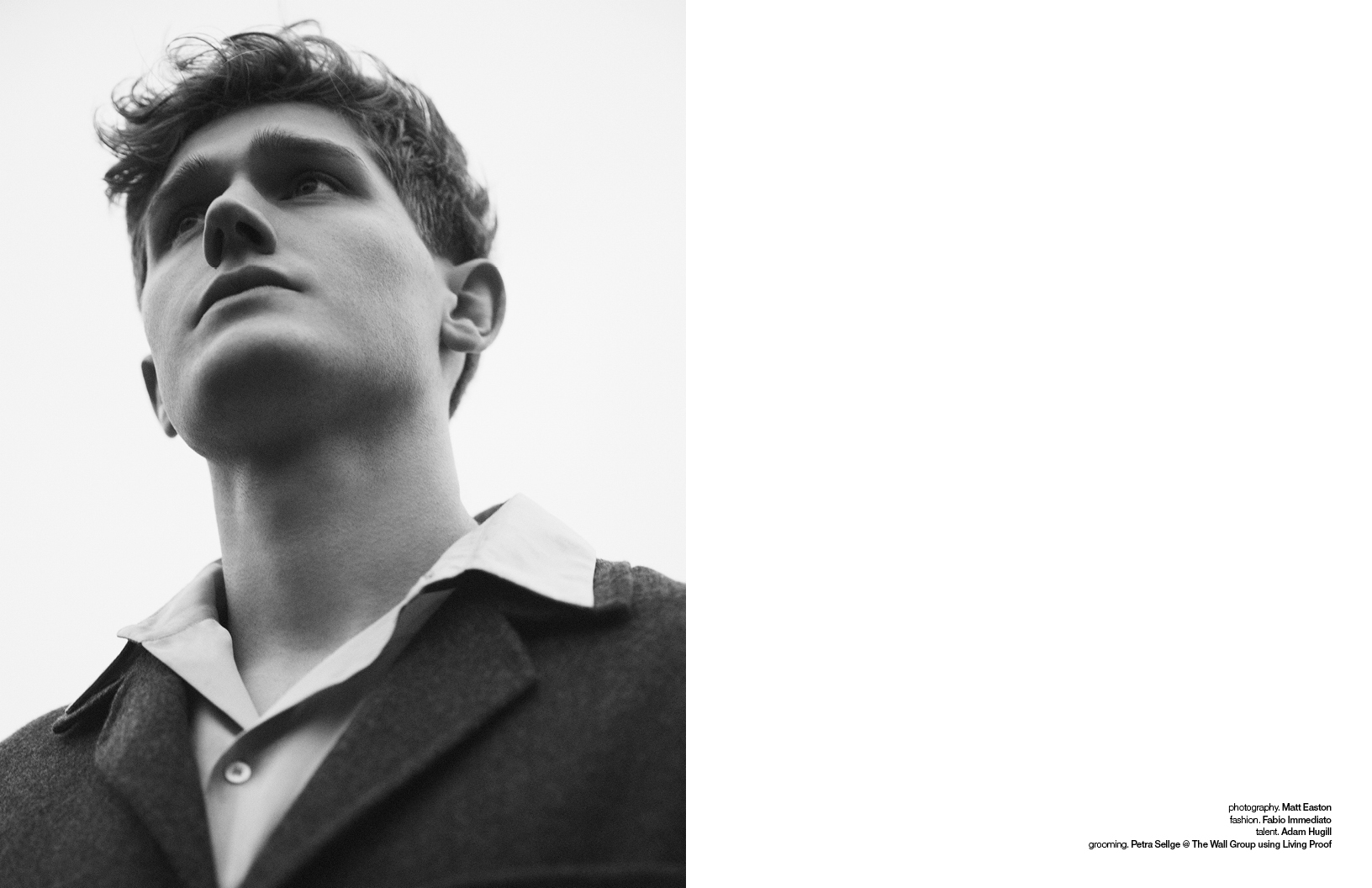 The Watch is currently airing on BBC America.

This interview has been edited and condensed for clarity.