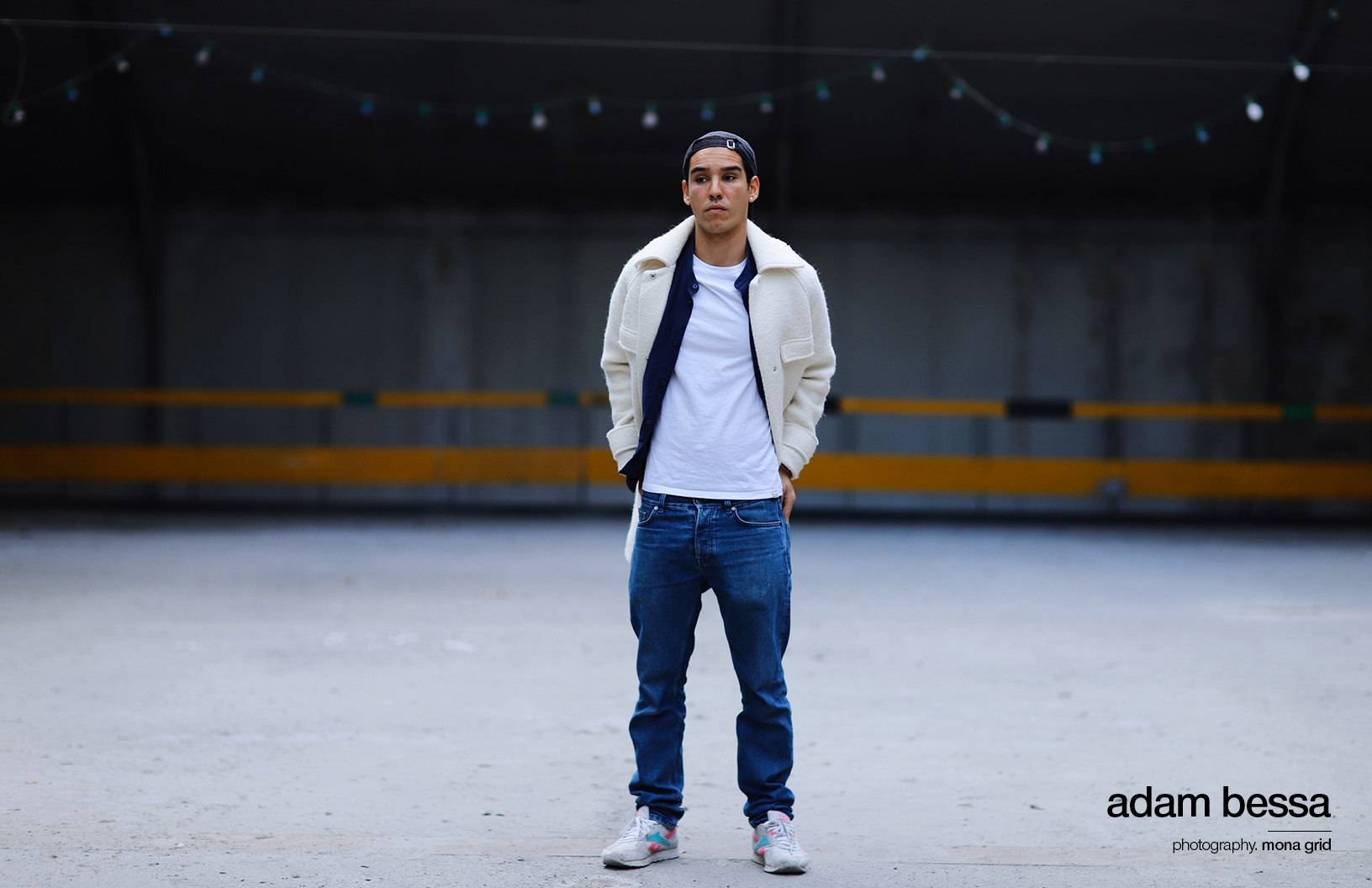 “Why should I listen to you?” Kawa asks. The young fighter, portrayed by Adam Bessa, is surrounded by the sound of guns relentlessly reloading, bullets firing, suspenseful violin music and shots of a bombed-out city. “Because we’re the good guys,” he’s told. And so begins Kawa’s action-packed journey as the latest recruit for the Nineveh SWAT team, the real-life renegade police unit who fought to liberate their Iraqi hometown from ISIS — and Bessa’s journey to stardom as the lead in Netflix’s new release Mosul.

This may be the first you’ve heard about Bessa, but it won’t be the last. The self-taught, trilingual actor received no formal training in acting but underwent serious preparation for his new role in this epic inspired by real events, including intensive training to learn a new Arabic dialect, grueling bootcamp, and rigorous research in order to get into character. Schön! caught up with him in a slightly more relaxed setting — less sweating and screaming, more sweatpants on the couch — to talk politics, pandemic, relationships on the screen and set and what’s next.

Before we get into the movies you’re making, how is promoting a film during a global pandemic different from what you’re used to?

I don’t have that much experience in promoting movies, but I guess the main difference is that right now I’m currently in sweatpants sat on a couch responding to you whilst normally I would be in a suit.

You’ve been in France under the various lockdowns. Any tips for the rest of us on how to fight COVID fatigue?

I guess a lot of the fatigue is physiological. I try and do a lot of sport — running especially — to keep my spirits up. And I try not to dwell too much on the negative and accept where we are. I think as human beings we have been through a lot in our history, and this is another chapter where hopefully we are being given an opportunity to learn and come out stronger. 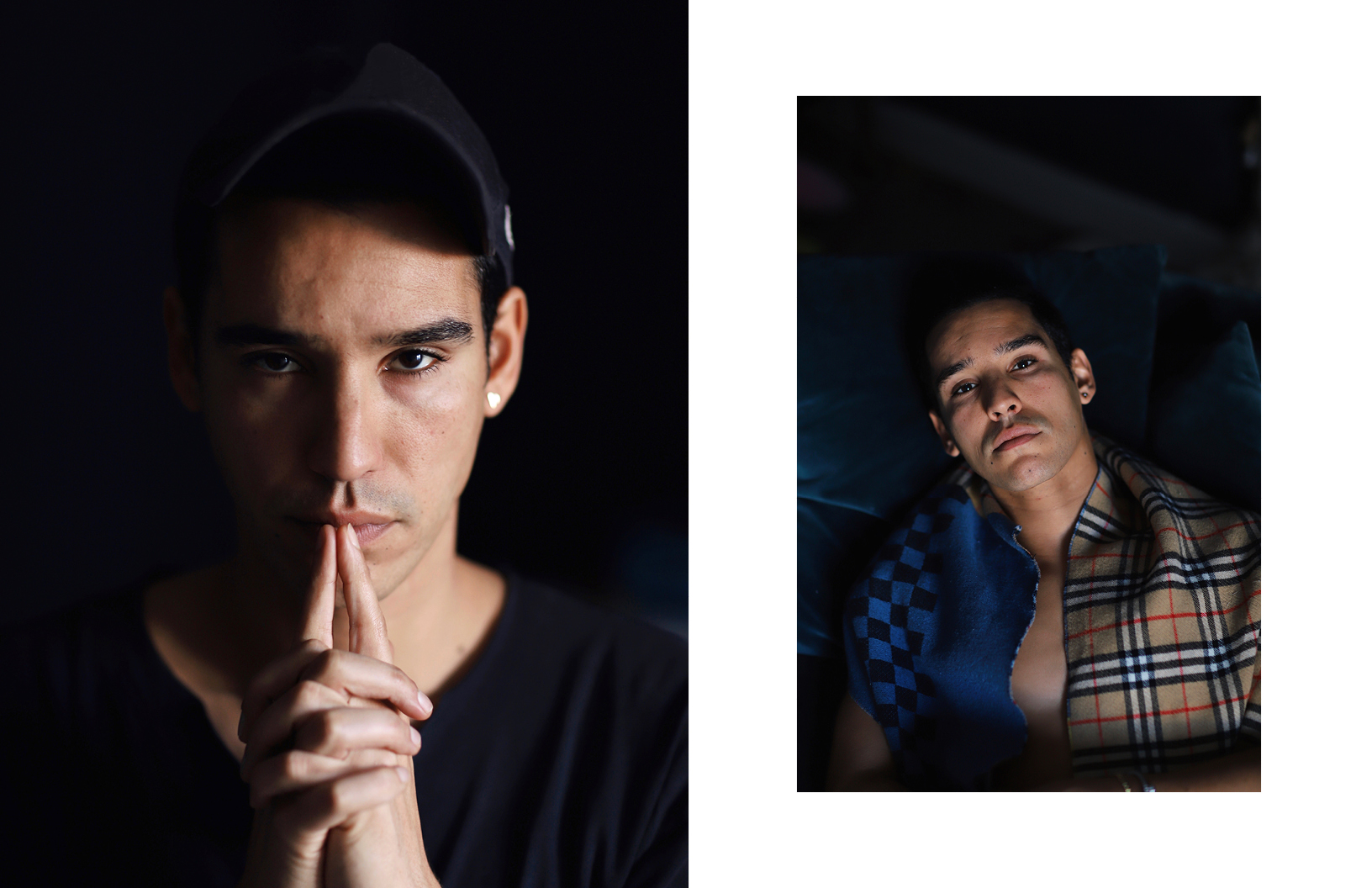 Okay, now onto Mosul. Mosul was declared liberated in 2017, a major milestone in a war that is still ongoing in the Middle East. What is it like for you to participate in telling a story that, in some respects, is still unfolding?

Well, it’s a great responsibility telling this story. These people are still alive, so it was a big challenge trying to be as realistic and truthful as possible. It’s also a great opportunity because the situation is still ongoing, so our film could have a real echo. That made the job incredibly interesting and also a challenge.

As part of your preparation for this role you learned a new Arabic dialect. How long did that take you? What was your process?

I had a dialect coach for two weeks pre-shooting. We would work tirelessly syllable by syllable. I turned my phone off and tried to submerge myself in the Iraqi accent. I was watching so many Iraqi programs, listening to music and podcasts from the country. But also I was around the other Iraqi cast members, going out for meals, and just listening all the time, asking to be corrected. My brain was like a sponge.

Besides your dialect training, what other research went into preparing for the role?

We did a boot camp for three weeks where we learnt all the military stuff. That was a lot of new information, along with dialect training. A lot of my questions were regarding the technical military details, and particularly guerrilla warfare, and how these people live. And then more precisely, my character — where he was coming from, the area he lived.

What was the hardest moment from the film to shoot?

The hardest moments were the Humvee scenes, and more precisely, the day we got ambushed by the sniper on the roof. That day it was so hot — there’s no AC on a Humvee! [laughs]. It’s like an oven with no windows. It was such an intense scene, and the pressure just kept increasing hour after hour. Also there were so many extras, crowds yelling, and it just felt so real. My friend Thaer who plays Hooka was on the main gun, and as he kept firing round after round, there were all these blank bullets flying all over the place inside the Humvee, and they were so hot. I was just underneath him and remember getting several down my top and being burned on the neck and back. Crazy times!

What are your thoughts on the political content of the film? Was that something you considered before joining the project?

Since I was a child, Iraq was a country that I always knew to be in conflict. I remember my parents would have Arabic TV on the news, and Iraq was a popular feature. Still today, that’s the case living in France with ISIS on TV. What I love most about Mosul is that it’s a human story more than a political one. Sure, politics is the backdrop, but this is about the relationships between this family of men. 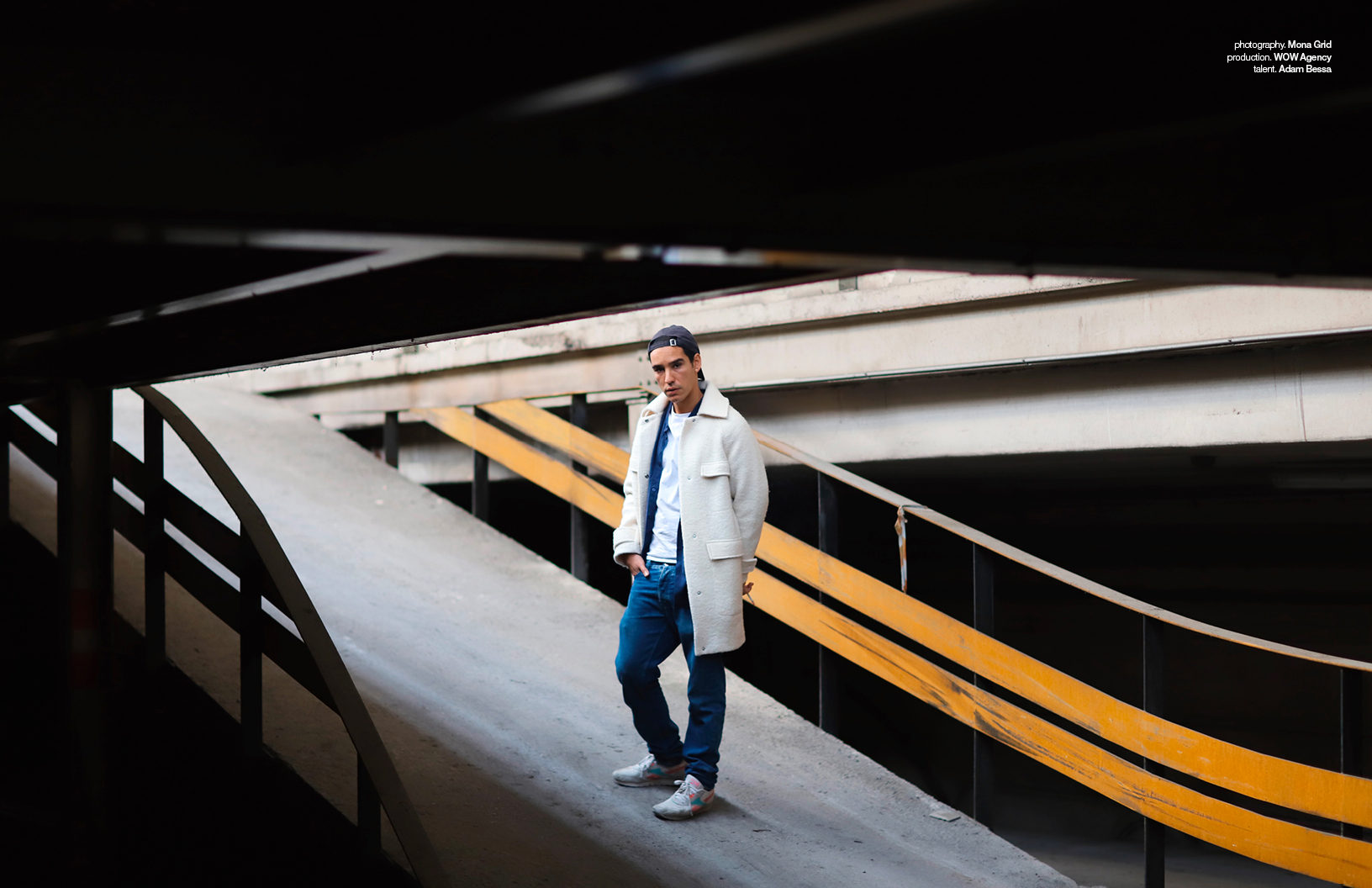 Your character, Kawa, goes through quite a journey during Mosul, performing heroic acts unimaginable for many of us watching Netflix from our couches. How did you connect to a character who has suffered so much and displayed the kind of extraordinary courage that Kawa does in the film?

It was a long journey with Kawa, and connecting with this character was something I was doing throughout the shoot. I worked a lot with [Director Matthew Michael Carnahan] on the different phases of Kawa, so rather than thinking about the man all in one go, it was about the separate phases, and eventually, this picture of him emerged. When you have a character this complex, you have to be careful because otherwise you can be a step ahead of him and the story.

You already have a very formidable career with no formal training in acting. Have you discovered, or invented, any techniques to help you in the process of getting into character?

I think the profound relationship you have with another actor is what makes the work. Getting to know their character is what helps me get to know mine. Also the director. I tried and succeeded. I hope to get to a point with my director where we are so connected and trusting of each other that we can communicate even without having to use language. Building that relationship is what enables me to dive into the role. It’s teamwork.

Your next movie, Haute Couture, takes place in a different world in almost every conceivable way. What is your role like in the film?

It’s a very different world. I play a dressmaker in the haute couture Dior’s atelier who is in the early stages of his career and dreams of being a fashion designer.

The end of the pandemic.