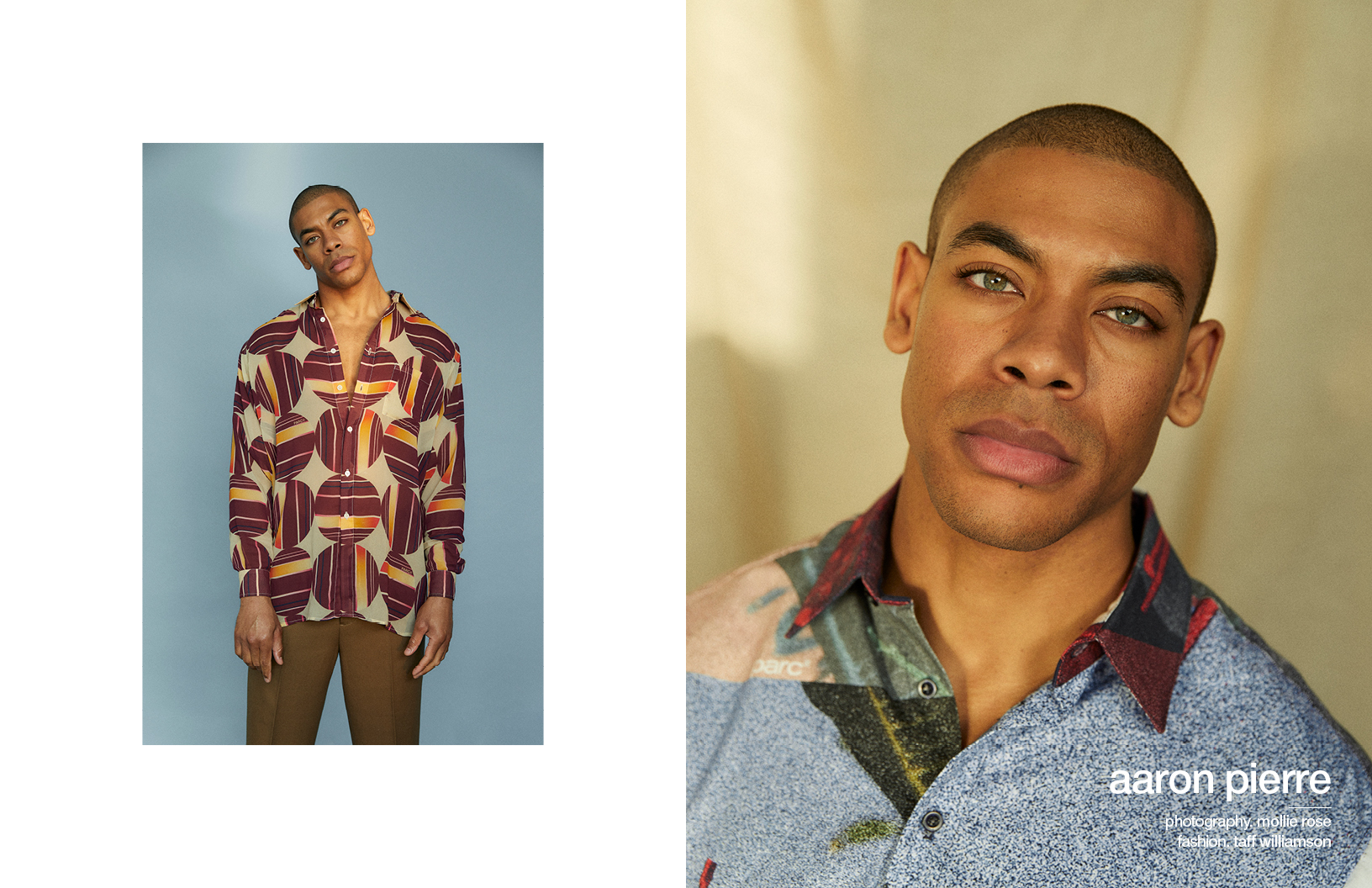 The Underground Railroad, directed by Barry Jenkins of Moonlight and If Beale Street Could Talk fame, was released this past Friday on Amazon Prime as a limited television series. You’ll hold your breath every episode as you watch Cora and Caesar run away from slavery in the antebellum South. With its suspense and brutality, there are moments where you’ll struggle returning to the show — but witnessing slavery in all its horrors, filling a dearth of records willfully forgotten, was never going to be easy. And with the vivid imagination of Colson Whitehead’s novel upon which the show is based, in Jenkin’s masterful hands, there is also room for love and hope and what Vanity Fair calls “Black victory.”

Guiding us through this journey is Aaron Pierre, who plays Caesar. Pierre was nervous at first to approach the character, wondering how he would embody someone who contained the fortitude required to endure enslavement. But in every scene, Pierre radiates strength, dignity and dependability. Following Cora, the main character, the viewer trusts that she’s in good company whenever she’s with Caesar, as he never leaves her behind.

Pierre is no stranger to the difficult stories of our historical past. In 2019, he played the lead role in August Wilson’s King Hedley II, a dark play following an ex-con trying to rebuild his life during the Reagan Administration. He’s also played Cassio of Othello at the Globe, where Jenkins first saw Pierre. And after roles on television series like Britannia and Krypton, he’s reaching audiences in a big way with The Underground Railroad. Get to know this thoughtful, sincere actor through our exclusive conversation.

In the age of social media, Marvel movies and Peak TV, how is it that theatre and Shakespeare grabbed your attention and inspired you to pursue acting?

That’s a really great question. I would say, from the beginning of my journey in this career, I think theatre has always been something that has really interested me, fascinated me, and something I’ve always been really passionate about. Theatre is certainly where it all began for me. In regards to me practising my craft and what I do, I joined a theatre group in my area when I was a kid. It was based at this warehouse theatre, and what we basically did there was, we devised our own work, and we improvised, and then occasionally, we would just perform things we had devised to an audience of basically whoever could be bothered to turn up. That was where I would say I learned a lot of my fundamentals in terms of what I do. One of the lessons that I learned at that stage in my journey was, whether there is one person in the audience or over 1000 people in the audience, you give the same energy and the same performance, because that one person or those 1000 people are each giving their energy and their time to come in and share the experience of your work. 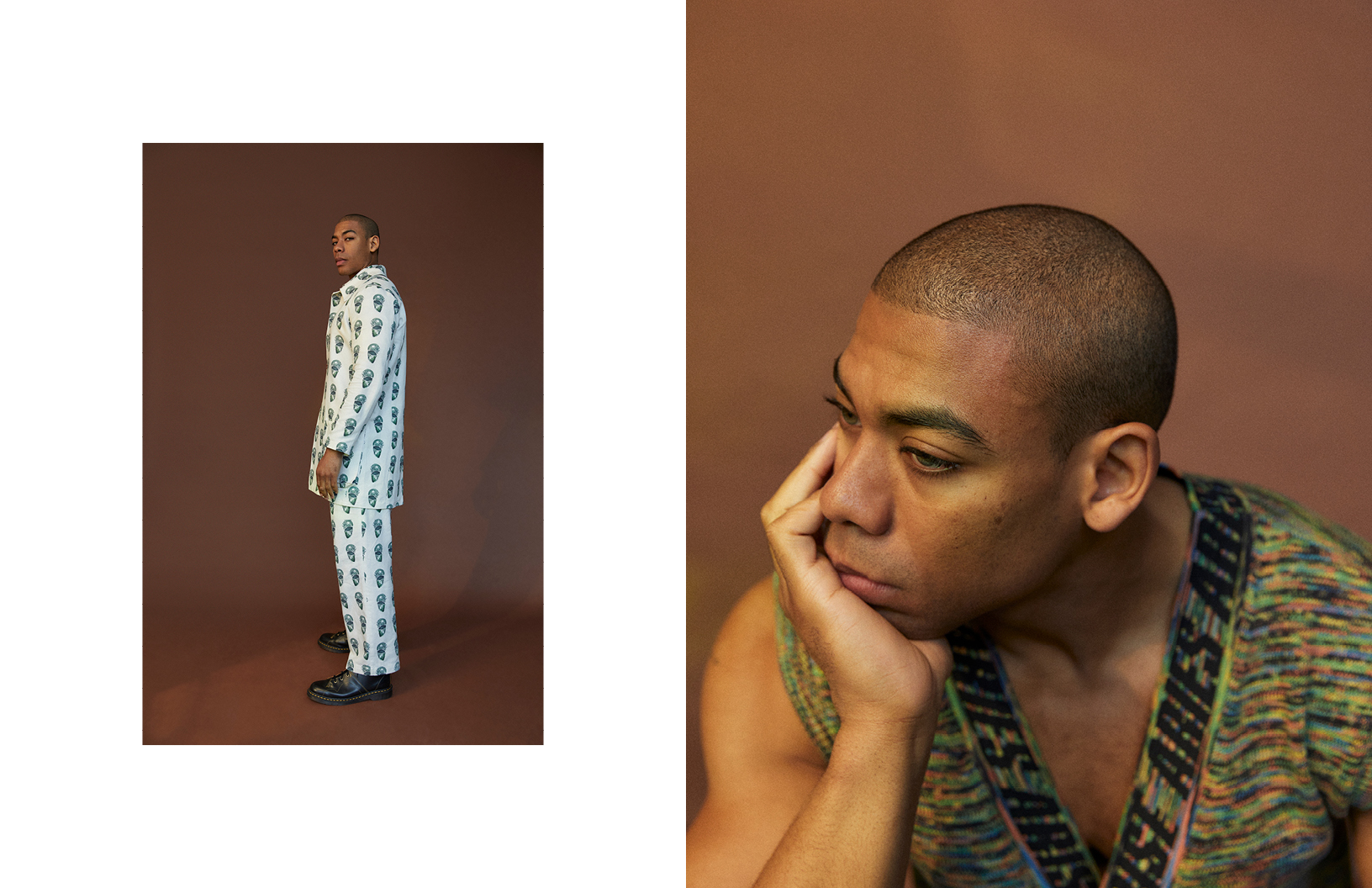 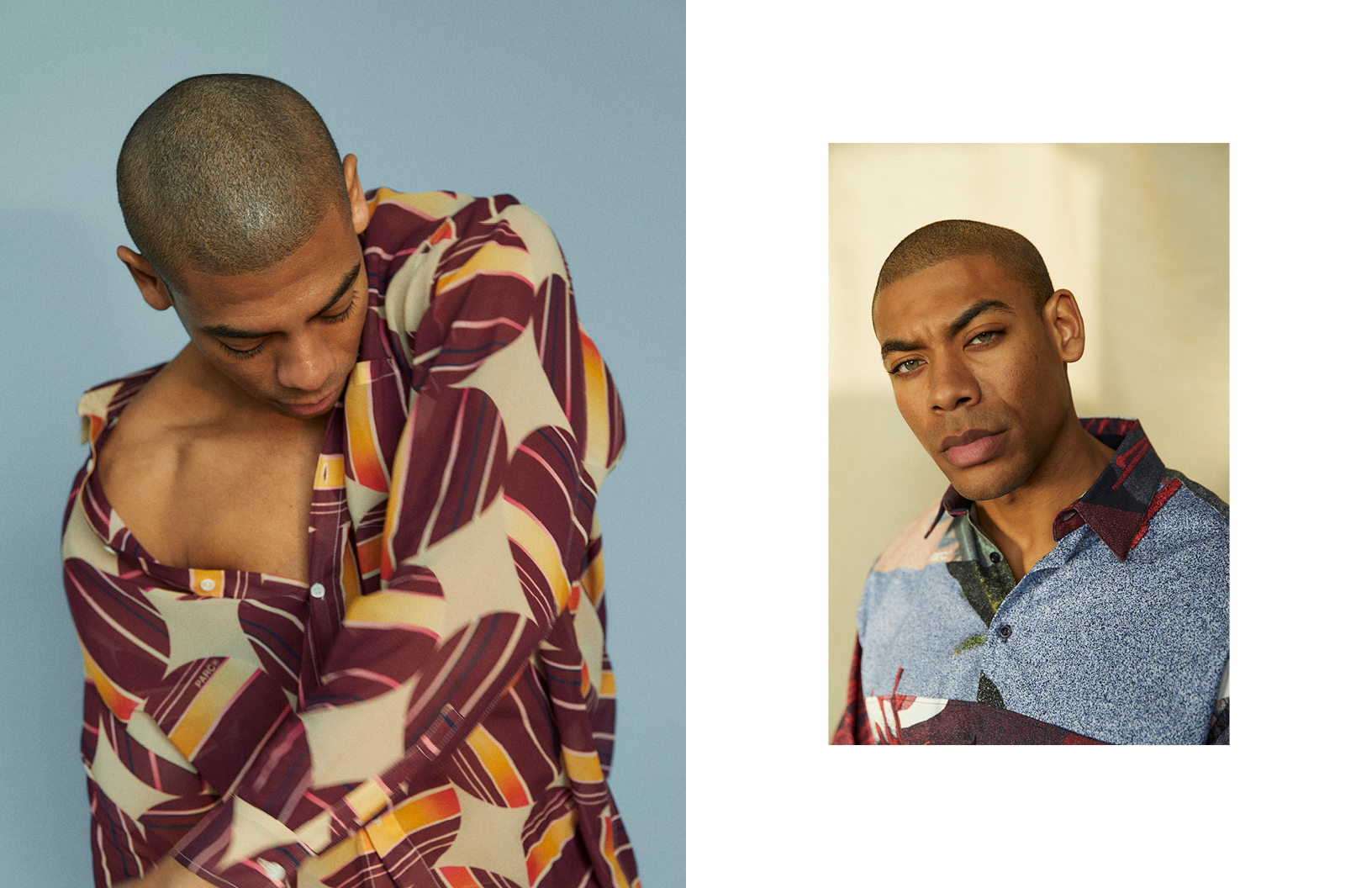 And then coming from theatre, what was it like to adjust to the cameras and the alien costumes in Krypton?

I think the only adjustment really was just sort of screencraft. I think you always, irrespective of the medium, whether it’s theatre, television or film — the objective is always to tell the story as authentically and truthfully as I possibly can. That doesn’t change when the medium changes. I think the only thing that I had to adapt to was the difference between sharing the story with an auditorium and sharing the story with a very small camera. One thing that I learned in my training was to just understand that the audience, when it comes to the screen, is where the camera is, and you have to adjust the dials accordingly. There may not necessarily be a need to bellow for example, when you’re mic’d and the camera is very close to you. It’s just minor adjustments, like those sorts of technical adjustments, but the core of what I’m doing never changes. It’s just being as authentic as I possibly can. That’s what I try my best to do, anyway.

The Underground Railroad features some lesser known actors for a very high profile project. What was the casting process like?

The casting process was a real ride — a real journey in the most positive way. Barry actually travelled to London in 2018 to be at Othello at the Globe, because his dear friend, André Holland, was playing Othello. It just so happened that I was playing Cassio, who is Othello’s lieutenant. So that’s how Barry even discovered that I existed. Not long after the show, I received a direct message from Barry. At first, I was convinced that somebody was playing with my heart, that they were messing around with me, because I had articulated so often how much I wanted to collaborate with this man and work with him. I really admire and respect his work and him as an individual. And so at first I thought it was a joke. But then I opened the message, and there was the blue tick, and everything checked out. He was basically, in the message, just sharing his love and his appreciation and support for everything that he had seen in the show. In a nutshell, he just said, let’s connect, I’d love to make something happen. And then some time passed by, and the next thing I knew I was auditioning for The Underground Railroad.

So Barry saw you in London, and Thuso Mbedu who plays Cora is South African. Did you and Thuso ever talk about what it was like to take part in a very American story?

We all spoke often about various things. I think for me personally, my knowledge and understanding of the African American experience certainly deepened and broadened being part of this project. I think that was something that many of us experienced. What was so amazing about being part of this project was that everybody involved, irrespective of what your role may have been in the show or in the production — everyone had the same common objective, the same objective of just telling the story as authentically and truthfully as we could and honouring those who really lived this horrific reality against their will, and just honouring the magnitude of strength that they had to overcome it. 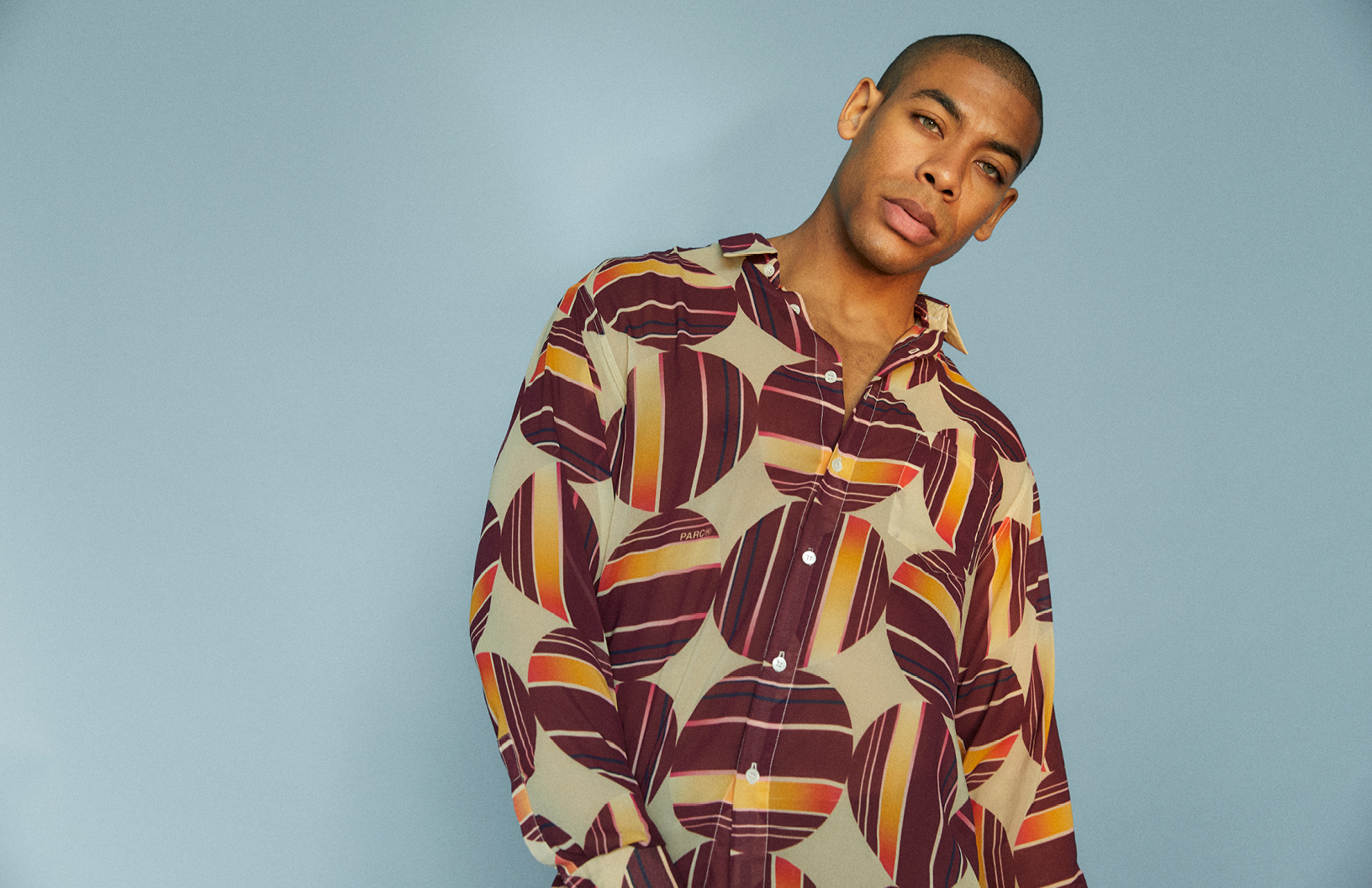 Some of the scenes depicting this horror, just as a viewer, were really difficult to watch, and intentionally so. I also read that there was a guidance counsellor on set for the heavier scenes. How did this counsellor and the other actors help you after a difficult scene? How did you help other actors cheer up?

You know, I’ve said many times, in interviews and conversations, and I will continue to say, Barry is the epitome of a leader and a director, in my view. He managed this project with so much care, sensitivity, and thoughtfulness. He ensured that we had a good guidance counsellor on set at all times because everyone’s well-being was at the forefront of his mind throughout this whole process. I think irrespective of whether you utilised the services of the guidance counselor or not, it was just the knowing that the guidance counsellor was available was sometimes enough to calm you and keep you in a calm space. That’s different — when you do find yourself in a particularly dark space, there is a professional available to talk you out of that space and guide you out of it into a happier place, mentally, emotionally, spiritually.

How do you think the role of Caesar changed you?

That’s a great question. I was very nervous, given the process of embodying Caesar and bringing that character to the screen. I think one of the many reasons I was so nervous is because of his journey and his circumstances. This is a man who was born in Virginia, and he was promised manumission. That manumission didn’t come to fruition, and he was then taken to a Georgia plantation in the South where the audience first meets him. The magnitude of strength that that person must have to endure such devastating circumstances — that is a magnitude of strength that I certainly don’t have, and it’s very difficult to imagine. How I feel about Caesar is, I feel a great amount of admiration and respect, and I could only dream of ever having such characteristics and attributes. It was very nerve-wracking to try to bring that character to the screen. 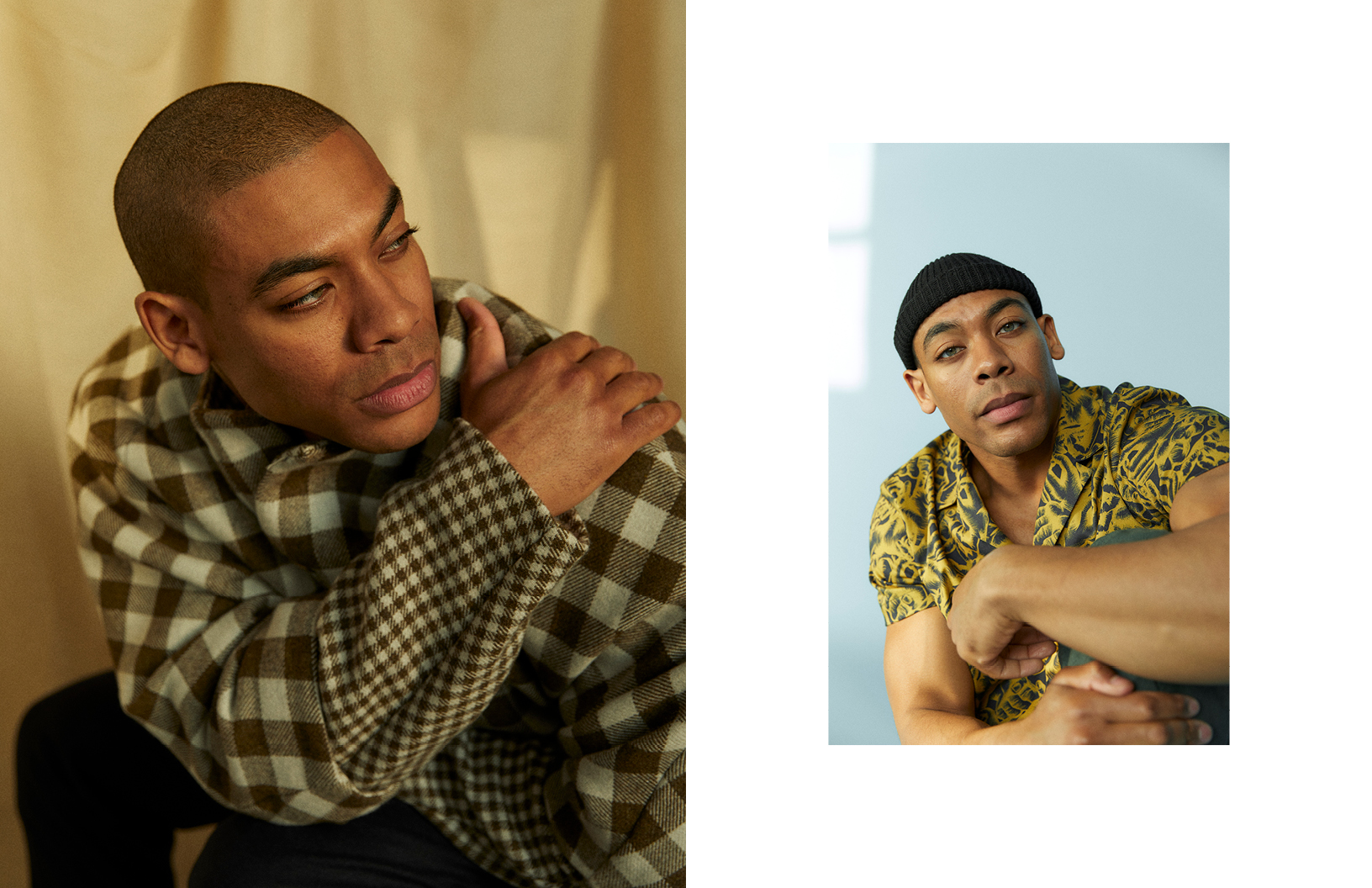 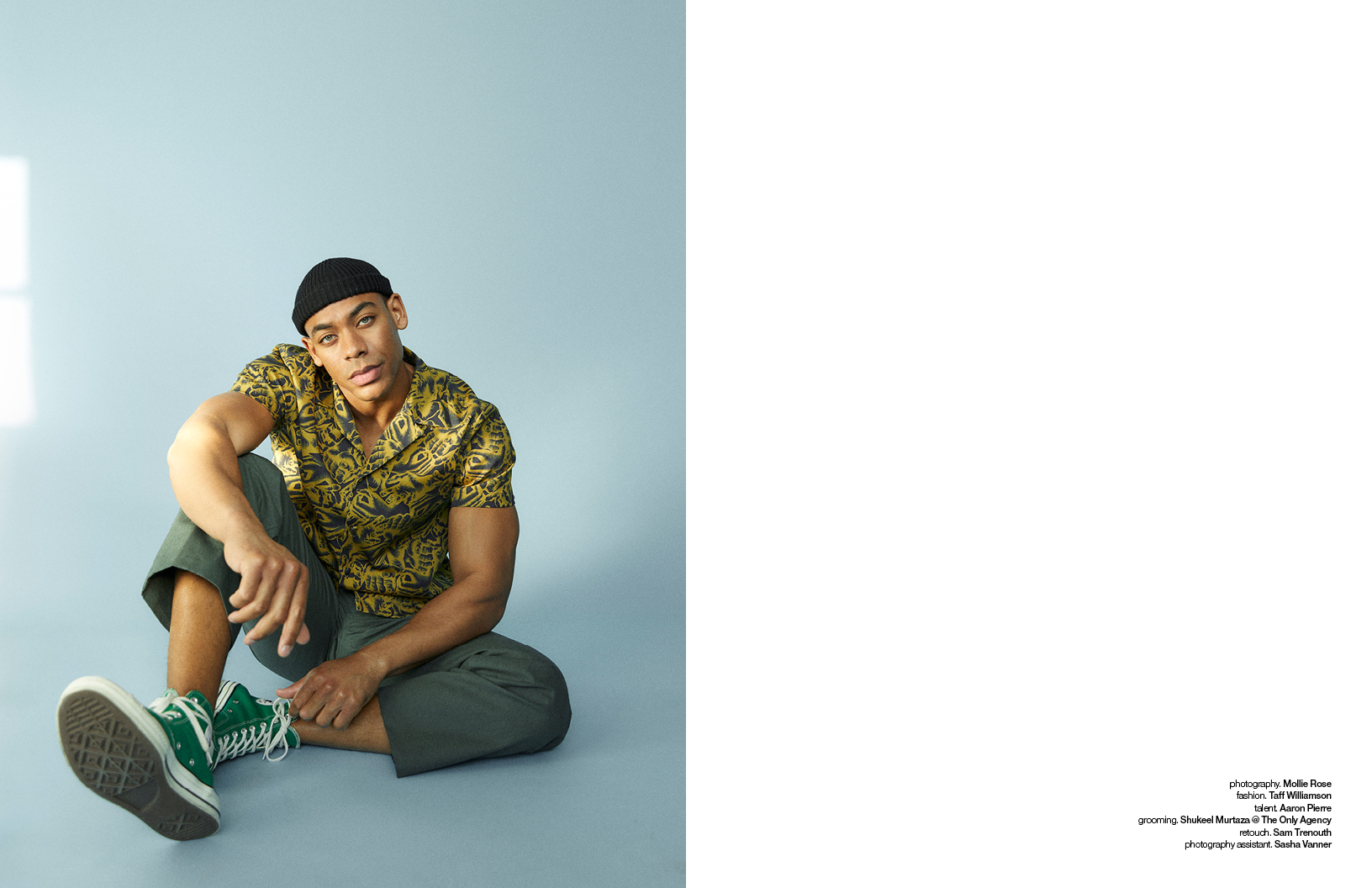 I was wondering what it must have felt like to be in this show about these horrific events so many years ago, and then step off set and read about the shootings that inspired the Black Lives Matter protests — how the legacy of slavery still resonates today.

I think, as a global community and as a human race, we have a very, very long way to go in regards to empathy, understanding and unity. My hope for this project and for this piece is that it will contribute to that conversation and hopefully encourage audiences to reflect and ask themselves what it is that they can do that is conducive to progress in these areas.

To end on a lighter note… What are some roles you want to take on in the future? Something with music, or maybe with a romantic comedy where you’re smiling all the time?

I’m very much led by what resonates with me, and what resonates with me is not a medium or a genre. It’s a story. The next thing I do might be theatre, film or television, and it could be in any genre. I want the project that I’m part of to always resonate with me and for me to be passionate about it. That’s when I can give my best. I’m very excited about the next thing, and what that will be, and what I can give to that project.

The Underground Railroad is currently streaming on Amazon Prime Video.