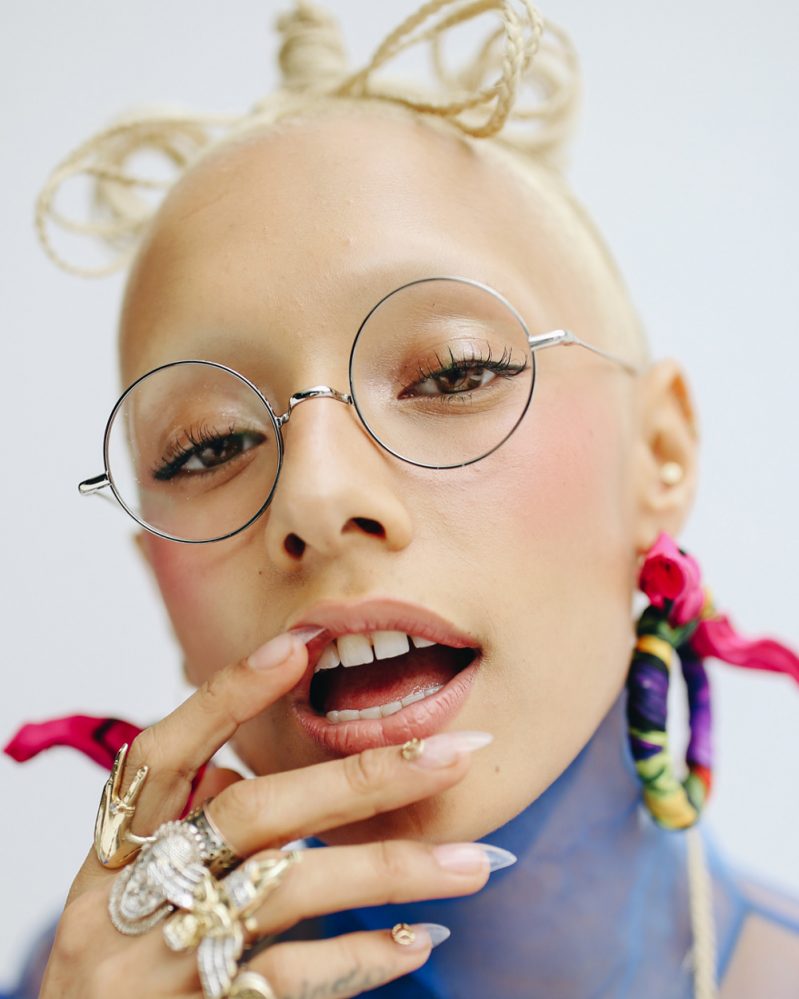 If you could learn any new skill, which would you pick, and would you be willing to step out of your comfort zone to do it? When model Jazzelle Zanaughtti, aka @uglywordwide, was presented with the same question, she chose to vogue. With her gender-defying looks, Zanaughtti is used to challenging traditional ideas of fashion and beauty and, on Instagram (where she was also spotted by photographer Nick Knight), she encourages her followers to do the same. But, would she be ready for this new challenge?

With shows like Pose and RuPaul’s Drag Race, voguing is once again in the spotlight, but Zanaughtti had always wanted to learn to do it – and do it properly. Finally, she got her chance. As part of its How To initiative, Mercedes-Benz flew her to Oslo this month to train with dance expert Jason ‘Jay Jay Revlon’ Cameron. Schön! sits down with the model to find out how it went.

Why did you choose voguing and not sky diving or anything else?

One of the other options was fire breathing! I think that was the first thing I said but then my mind scaled back to something more relatable. I’d also like to learn to sew, but who wants to watch me sit there and fiddle with a sewing machine?

Voguing is something I’ve always wanted to learn. I’ve been surrounded by it and had friends try to teach me, but I could never quite get the hang of it. I was an athlete, I could dance, but for me it was hard to completely let go. Doing it with Jay Jay was amazing because he told me it doesn’t really matter what movements you’re doing. Vogueing is fun. A week ago, I wouldn’t have felt comfortable walking in a ball, but I feel much more confident to give it a go now. 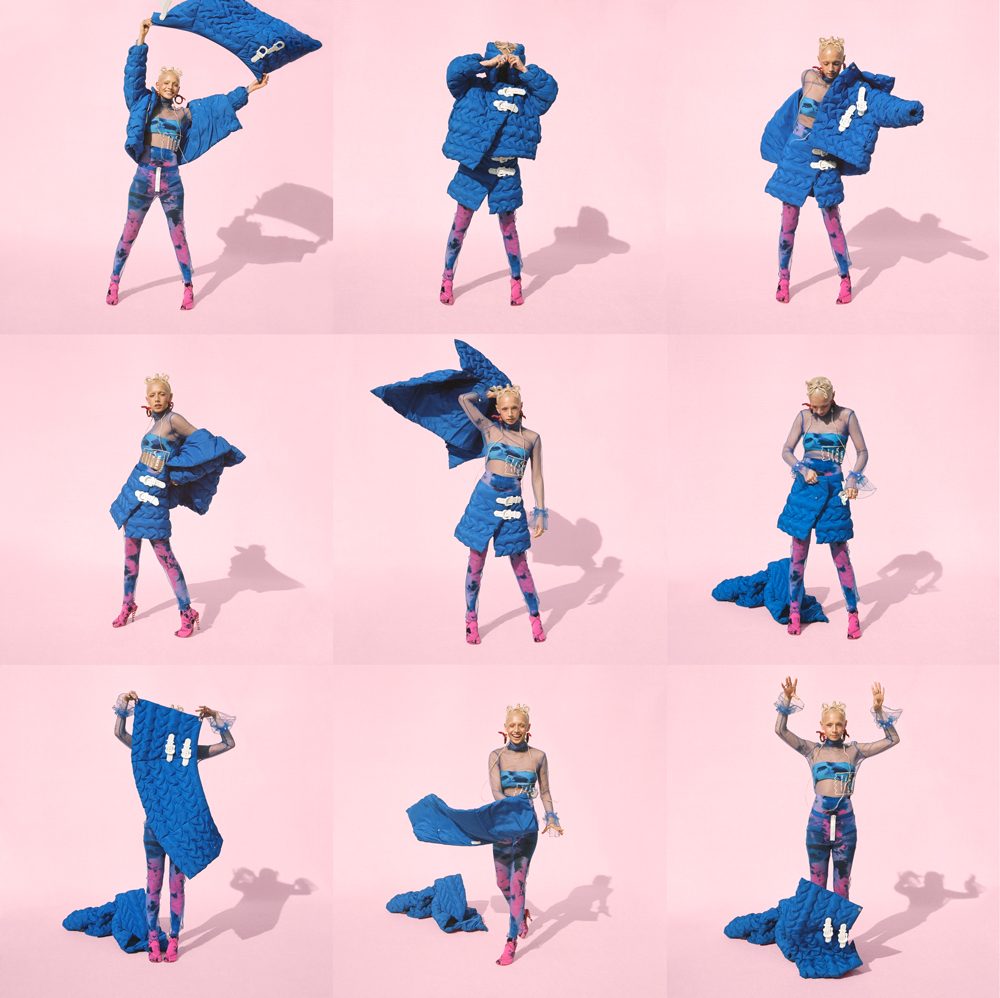 In terms of learning the technique, were there any surprises for you?

I was always scared to do it for a reason. The people who do it best, they’re hitting all their movements, it looks beautiful, they’re telling a story, but they make it look like it’s just nothing.

The biggest thing that surprised me is how physically demanding it is. I did not expect my legs to be as sore as they are now! You not only have to have a strong personality, but literally be strong. It’s about balance, centring yourself. Doing the little duck walks, I was falling over every step. It was like boom, boom, on the ground. You have to feel your attitude and not care that it hurts. It’s almost meditative in a way.

Voguing has been around for decades, so why do you think it’s having such a moment right now?

In earlier years, the entire culture was less acceptable to the mainstream. It just wasn’t a part of it. Now, you have all these TV shows, YouTube and Instagram so obviously it’s going to be popularised.

On top of that, queer culture is slowing becoming more acceptable, although it is still absolutely a marginalised thing – I still get harassed and called names in the street sometimes if I go out in a crazy look and it’s easy to get tunnel vision in big, progressive cities – but voguing is slowly becoming more visible.

It’s good because that’s when it makes it more acceptable to society, not something crazy, something you’d be put down for – as long as it’s a celebration of culture as opposed to being mainstreamed. There are quite a few pop stars who have taken from the culture just to make a quick buck out of it. They know nothing about its history. That’s when it gets questionable. 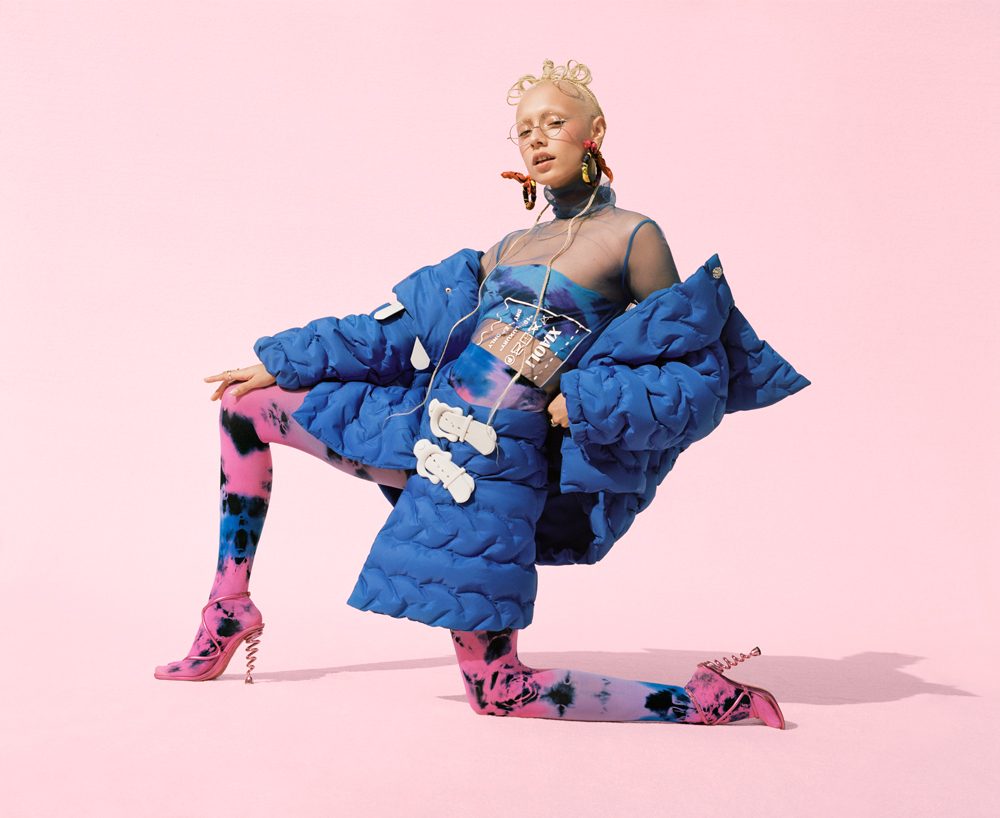 There’s always been a strong element of fashion in vogue culture, but the average catwalk these days is quite a formal affair. Do you think there’s an opportunity there for voguing?

I personally don’t care to see a bunch of models coming down a catwalk voguing, especially with what models look like nowadays, you know what I’m saying? There is more diversity but… Yes, there’s catwalks and there’s voguing and there’s fashion and they coincide but it’s a different thing. Models, they’re serving the clothes. You can give attitude, but do you need to give a kitty cat ballroom walk? No, I think that’s unnecessary. Voguing is a culture on its own and I don’t think that’s to be completely exploited left and right.

But then there’s brands like Gypsy Sport who I have walked for before, my friend Rio Uribe. People have vogued down his runways but he’s a queer person of colour, his cast is very diverse, and he’ll hire people who vogue. That’s genuine because that’s his culture. If Dior, Chanel, were to come and suddenly send skinny blonde models down the runway giving… that would be so weird and slightly offensive.

Let the models be models. You can take elements of things, except change it up and make it yours. Think about the models in the ‘90s and their walk, their attitude. It’s like feeling… I can’t say the word [laughs] but like, C.U.N.T. Nowadays I think most runways are pretty straight up and down.

I think theatrics in shows are amazing. Those theatrics don’t always have to be voguing. You know John Galliano and Mugler, back in them days, they would give full fantasy. I love that. That’s where voguing and fashion have similarities because yes, you’re dancing and you’re giving attitude, but you’re telling a story.