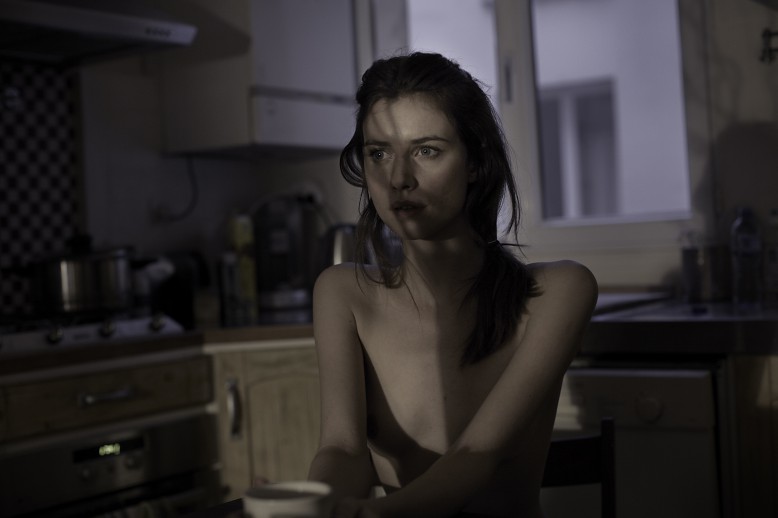 A woman sits in her kitchen, fingers laced around a white mug. Night has fallen, yet somehow she cannot sleep. Topless, the woman stares across the room. Her icy eyes indicate a palpable disturbance; a shadow slashes her pristine face. This is one of the many images in Stéphane Coutelle’s photo exhibition Insomnies. Featured in ARTSTUDIO K in Paris, the exposition draws a parallel between intimate portraits of women and the nocturnal sceneries of numerous countries.

Coutelle creates a dark, lyrical dream by placing a photograph of a woman’s pale shoulder right next to an image of a tunnel, seemingly lit by car headlights. The French photographer explores the events that occur within the mind when the restless cannot find peace. He splashes shimmery water textures over a bare chest and captures the descending curve of a virgin back. Adjacent to these nightly visions are snapshots of smog, or brooding clouds with circling blackbirds. Coutelle produces a world where fantasy and reality intertwine and are therefore indistinguishable. 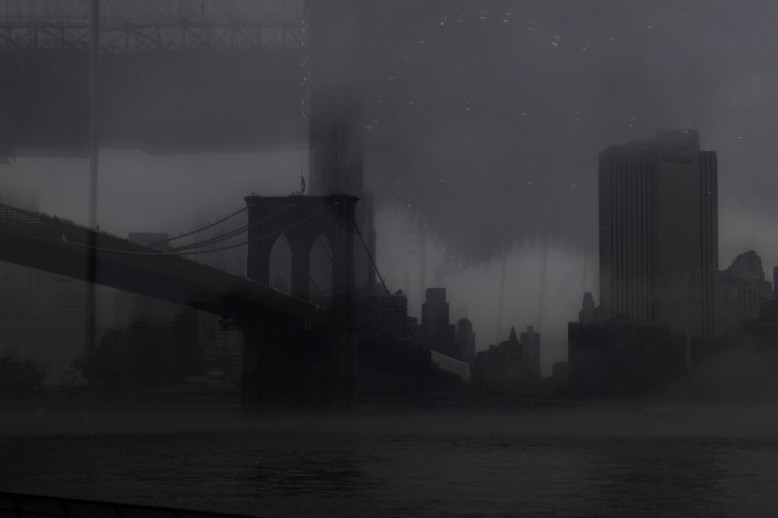 Produced in a number of countries during Coutelle’s travels in France, the USA, Thailand, Laos, Spain, Belgium, the Netherlands, the Czech Republic, and so on, the barren landscapes are as mysterious as they are eternal. They project an otherworldly character onto the portraits, heightening the narrative thread behind each personage. As we travel deeper into Coutelle’s nightscapes, apparitions of a sole deer or an abandoned house enter the story. A woman lies on crinkled bed sheets. Light is directed in such a way as to mask a part of the face, highlight a curve, or illuminate a sombre setting. 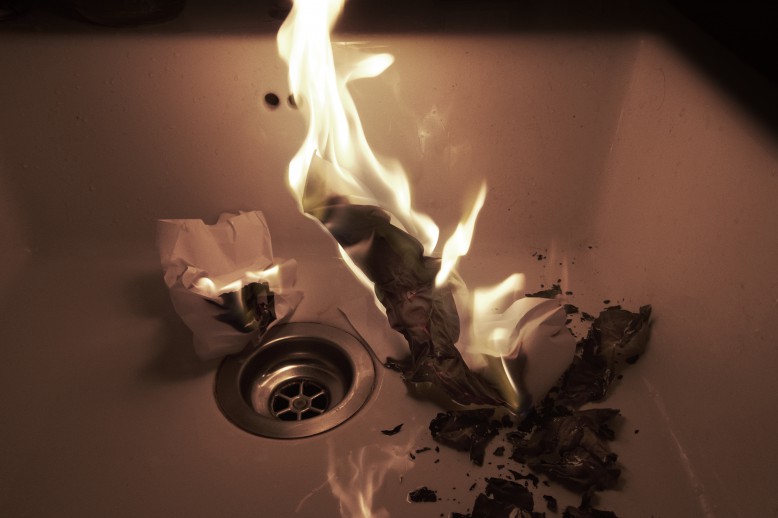 The final portion of the exhibition touches on the element of fire. The ember flames cast an orange glow against these girls, the hot light consuming them. This illustrates a glimmer of warmth in an overall melancholic series.

Coutelle masterfully illustrates the mystically strange that appears when the moon comes out to play. The resulting portraits and nudes, though they venture into the realm of fiction, touch us due to their truth in tragedy. 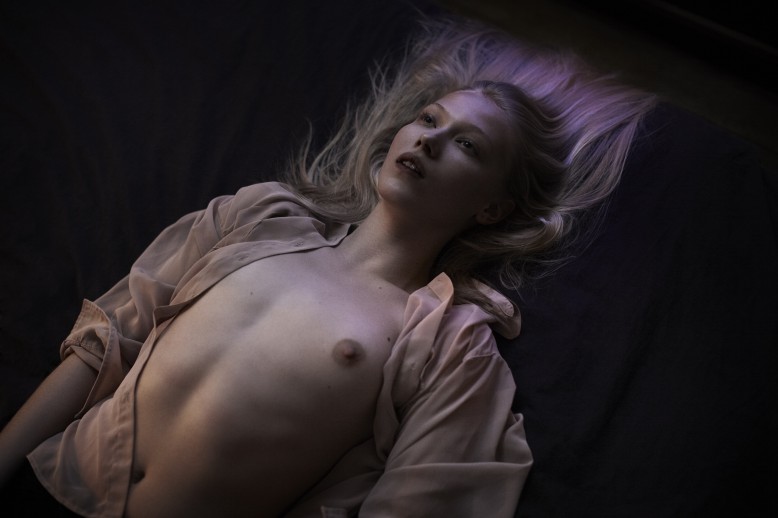 Stéphane Coutelle is a French photographer and director, known for his portraits of women, who has succeeded in combining a fine art and commercial career. Aside from his most recent series Insomnies, Coutelle has worked on other photography projects such as The Corner (Paris, 1998 – 2002) and Three Sisters (Prague, 1989 – 1995). His self-portrait photo book Me, Myself, and I was published by Kehayoff Edition in 1995.

Insomnies by Stéphane Coutelle is showing at ARTSTUDIO K in Paris from now until November 25, 2014. For more info click here.