The AW19 edition of ModaLisboa took place earlier this month under the theme ‘Insight,’ meaning the intention to look beyond the image presented by fashion and into the “deeper artistic reality that is not noticeable at first sight.” The long-standing fashion week, now in its 52nd edition, wanted to applaud the “introspection” that it called “an act of courage that takes the designers and fashion agents to be nonconformists, irreverent and rebellious towards the world that surrounds them.”

Of course, this deeper artistic meaning will vary from designer to designer and collection to collection. Many will draw inspiration from the past, while a few may try to tackle the challenges of today. Some will look to their roots, their heritage, while others will look further afield. No doubt, many designers, arguably artists in their own right, will turn to art from other genres for inspiration.

Carlos Gil, one of Portugal’s most established and award-winning designers, showed at ModaLisboa this season as part of a collaboration with the country’s other fashion week, Portugal Fashion. His collection, Flick’Mo, reflected his “passion for painting and artistic freedom,” and was inspired by early 20th Century paintings. The strong tones of Mondrian’s Neoplasticism, the organic shapes of Kandinsky, and the compositions of Expressive Abstractionism were evident in vibrant colours and geometric patterns, all interpreted in Gil’s elegant, sports luxe style.

Luís Carvalho, another of Portugal’s most fêted designers, has been showing at ModaLisboa since he launched his brand in 2013. His collection, Surface, referenced the work of contemporary artist Matthieu Bourel, which combines traditional paper collage with digital animation and sound design. Oversized silhouettes with straight lines and dogtooth, tartan and chequered prints were contrasted with more organically shaped details, such as overlaid fabrics and ruffles.

One of ModaLisboa’s freshest and most up and coming designers is Constança Entrudo. Entrudo was born in Portugal, studied textiles at Central Saint Martins and is now based in Paris, where she works for Balmain as well as on her own label, which she launched in 2017. Her “approach to creation is based on the freedom to have ideas, unconstrained by any pre-existing rules or framework,” and so she aims to make pieces that are gender neutral and ageless. Going back to her training in textiles, this season she took inspiration from a former embroidery factory in Madeira.

Tânia Nicole is another emerging designer who caught our attention. Based in Porto, she also showed under the collaboration with Portugal Fashion, but she presented her menswear brand Nycole at Sangue Novo, ModaLisboa’s competition for young talent, in 2015, winning the FashionClash prize. The starting point for her AW19 collection was DJ Rival Consoles’ techno album Persona and the search for identity “at a time when we suffer with the absence of emotional links… the loss of physical contact resulting from the digital age.” In contrast, she was also influenced by football, a sport which she says, “symbolises multiculturalism, the collective spirit and unity amongst people.”

A brand that is founded on the idea of the collective spirit is AWAYTOMARS. Since 2015, this international community of creatives has been producing sustainable collections via an online platform, where ideas for garments are exchanged and discussed before being honed and produced in limited quantities. Keeping to its ethos of reducing waste, this season the label co-created a collection from garments sent in by its members, consumers and partners through “the re-evaluation, re-design and recycling of pieces of clothing discarded by their previous users.”

The creativity at ModaLisboa is not limited to fashion designers. Luxury retailer TEM-PLATE held the soft launch of its new Lisbon store during ModaLisboa. Each month, the space will house a different installation in collaboration with creatives from around the world. This time, the retailer teamed up with Ernest W. Baker to create a nostalgic 360° vision, building on the label’s Americana roots. It takes us back to Baker’s Detroit home in the ‘70s, where his grandfather – and the brand’s muse – would relax after a hard day’s work with a nightcap “in his not so manly floral man cave.” 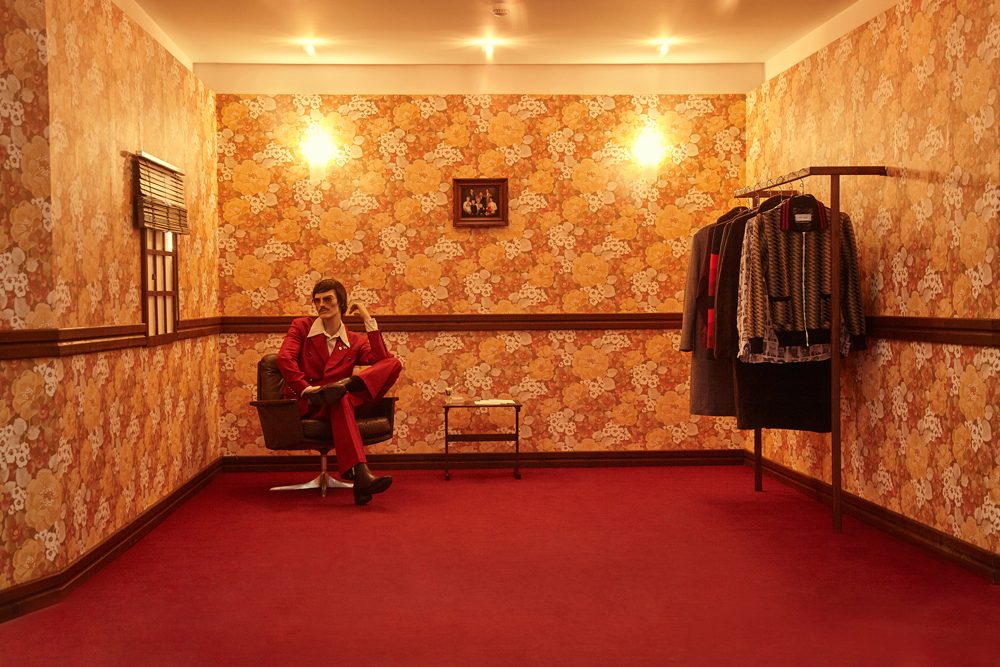 Whether its nostalgia or new technologies, embroidery or abstract art, feeding the imaginations of fashion creatives, there was certainly plenty of “insight” to be had at ModaLisboa this month.