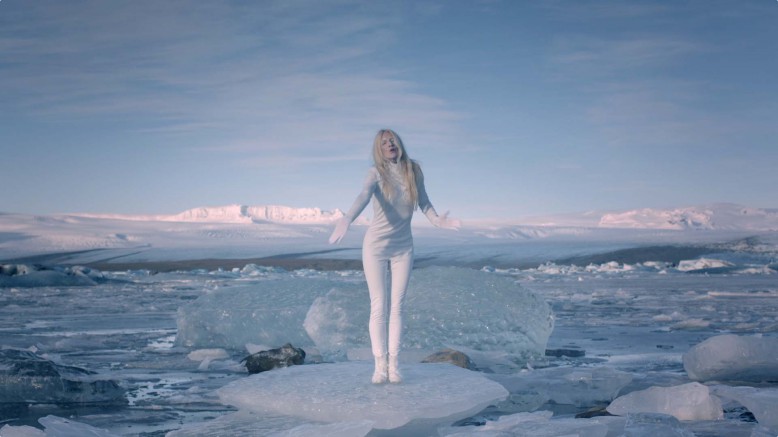 With over more than 31 million views on YouTube, iamamiwhoami crescendoed into the sonic scene in 2009 with innovative short music films. Until 2012, iamamiwhoami worked namelessly to preserve the sacredness and focus of their work. Now known to the world, the electronic duo is composed of Swedish singer-songwriter Jonna Lee in collaboration with her long-time music producer Claes Björklund. Schön! speaks with Lee to discover more about the group’s third audiovisual album, BLUE, a sensatory treasure which Lee rightly describes as an “An emotional, expressive, and timeless album that is close to nature.”

How does your audiovisual album BLUE compare to your last two albums?

It’s different than the two previous series, “bounty” and “kin”, but mainly, it’s a development from them, as things have become more clear to me what we are doing now – from being an experimental, brief thing to a solid matter. This album series is more direct, it is brighter as a whole, although our undertone never is fully joyful. But I enjoy using contrasts. We wanted to create a timeless, epic album with songs to remember and we have done that.

What was the creative process behind the album? How did BLUE come about?

There was a pause when I had time to reflect on my journey as an artist within the project, developing it from being an account on Youtube to becoming my whole life, now almost 5 years later. When starting the BLUE creative process I felt a need to cleanse the project from what had been, to be able move forward together with our audience. Then heading out on the digital open sea that we work and exist in to see what is out there and what the answer to iamamiwhoami is.

Have you always had a passion for electronic music?

I don’t separate music in genres in relation to music that I like. It’s not relevant, just like gender or sexual orientation aren’t. categorising has done little good for mankind. It’s more about the melody, song, mood and soundscape. There is something rather hypnotic and ethereal about your music.

Where do you find your inspiration?

The raw nature of the North and stories we northlings grew up with being told about it. iamamiwhoami itself – as a digital organism in conversation with the audience – is very inspiring to me. This part about what we do passes some by. But for those who are interested in the online world, there’s a lot to find here. 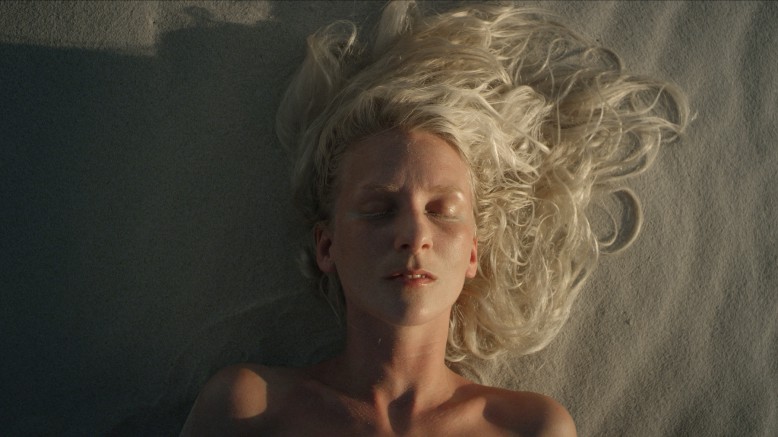 How has the way your work with sound and image developed overtime?

The imagery is created alongside the music in written form, to form a unity. This is a fascinating thing. The relationship between sound and image, yes, has evolved in the sense that both the music and visuals have developed. The lyrics have become more central to the core of the story.

Many of your videos begin with the name of your label: To Whom It May Concern. Who are you addressing with your music? Who does your music concern?

Anyone and no one. In the online world, that seems logical.

Every one of your videos seems to resemble a postcard that exaggerates the beauty of nature. Is there a relationship between nature and your work?

It’s not meant to exaggerate but to capture. I’m a nature enthusiast and share that with my collaborators. Our visuals are never easy to create as most places we visit are inaccessible but they are all an important part of the story telling. Yes, there is a strong bond between my work and nature. With BLUE I wanted to take nature film into the pop arena. The water theme of the album also symbolises the digital world that iamamiwhoami exist in.

Which visual collaborators have you worked with thus far? How do you come to choose collaborations?

Robin Kempe-Bergman and I started working in 2007 and we continued as I started iamamiwhoami and further explored working together. He directed “bounty” and “kin”. John Strandh (cinematographer) and Agustin Moreaux (production designer) were in our team from the start. We started directing together in 2013, creating still image series for iamamiwhoami under the name of WAVE. As the songs for BLUE were written the story within the songs/lyrics was so crystallised that the next natural step for us all was that WAVE directed BLUE. 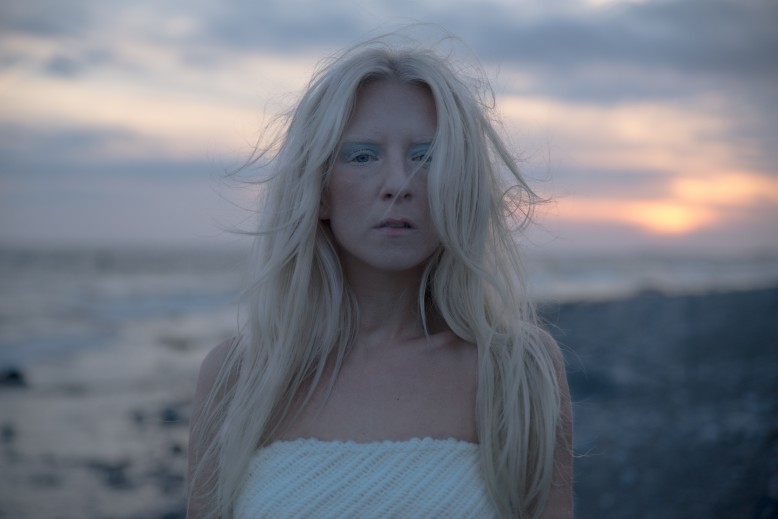 What does the word clandestine mean to you and how does this notion relate to your music?

It sounds like the image some people might have of me. I don’t think it relates to my music, but rather the media’s view of iamamiwhoami.

How would you classify the Swedish music scene?

Right now it’s carrying a lot of new acts and births new music, but it’s also damaged from having very few outputs for experimental acts which reflects on the selection of music. Many Swedes turn to international sites for new music, as Sweden have few good online music sites.

What is it like to work with Claes Björklund? What have you learned from him?

It’s great. Working with Claes in the early years, when we started collaborating in 2005, shaped my musical production thinking and definitely pushed me in, what is to me, the right direction. We both play most instruments and have a passion for melodies and soundscapes. Claes Björklund is one of the finest producers that music has right now.

Both are equally appealing but very different from each other. I know my audience is there when filming and they are all equally close. Live I can see their faces. It has been overwhelming playing live concerts in that sense, it get’s very emotional seeing followers that have been with us since the start.

Now that BLUE has launched, what is next for iamamiwhoami?

Firstly, we’re catching our breath – after 2 years of BLUE production, then we’re going to prepare for live concerts in the new year. I’m really looking forward to converting BLUE into concert.

BLUE is available now. Click here to discover the album.