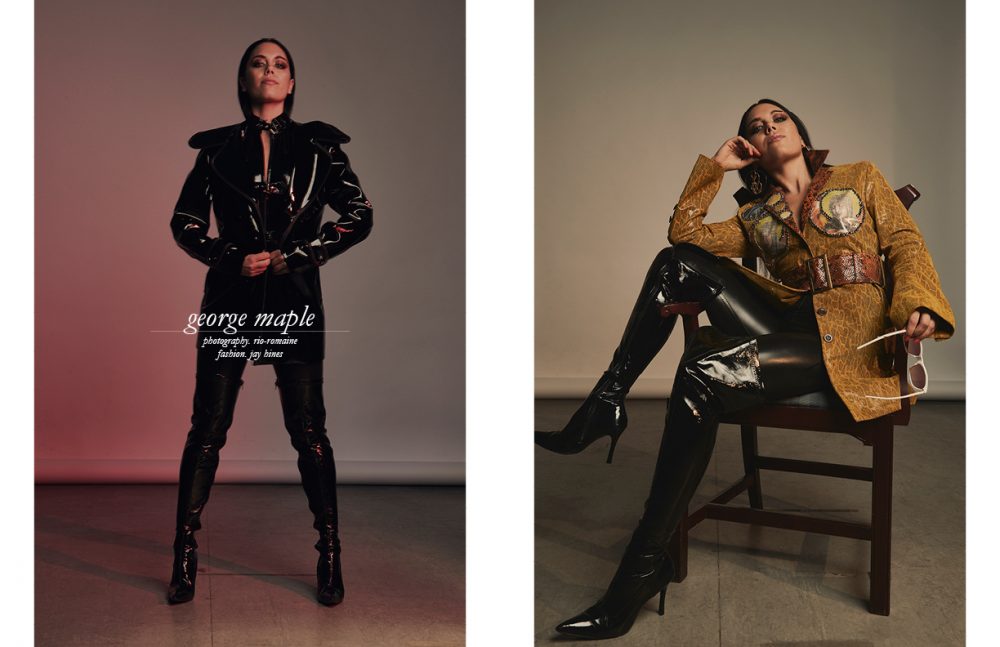 George Maple is much more than a musician. The 27-year-old artist uses her music to bring together like minded individuals so they can feel less alone. The London-based crooner credits the bricks and mortar of her adoptive city for the inspiration behind her energetic music style. Maple’s new track, Kryptonite, is inspired by the freedom of letting go in love and taking away self-judgement. A visual sight, the vibrant video aligns with Maple’s ethos of an authentic, ongoing conversation highlighting creativity, positivity, and empowerment. With collaborations with DJ Snake and Goldbloom already under her belt, Maple’s music transcends the dance floor and is fuelled with themes of intimacy, love and desire. There’s an album in the works – due out later in the year – until then, Kryptonite serves as a taster of what to expect – “it’s not about the artist, it’s about all of us.”

How important is music for you in terms of creating a sense of community?

Inspiring a sense of community is incredibly important to me. If I had one wish it would be to create a safe place for people to express themselves, to love, to be who they are without limitation. I don’t know if it’s really within my power to do so. I think community is born from a union of like-minded individuals but I like the idea that I advocate the concept. I can try and represent it in art or provide a place for people to come together.

I think this industry breeds a fair bit of narcissism self-focus and competitiveness. Perhaps that’s simply because we’re operating in an industry of commercial foundations with pressure to ‘sell.’ I feel this self-focus is really counterproductive to the whole notion of music, which is meant to unite in the public forum… I guess it’s always going to be a balancing act, however I hope wherever I can, I can make people feel included and free to express themselves. The more freedom we have, the more art and community we can build. Love breeds love.

Where have you travelled that you think inspires the sound on your upcoming album?

I think this album is somewhere between London, Paris, Los Angeles, and Australia. It’s been quite a long process over a few years but I think that’s probably where it will sit sonically and lyrically.

You were interested in London by being introduced to new Jamie XX tracks and the Young Turks – what other music do you love coming from the UK?

The UK has always been so raw and uninhibited when it comes to music. I’ve always been attracted to that. There’s an energy here that is unlike anywhere else in the world. I’ve always thought it was something in the bricks and mortar of the city. Sometimes it’s uncomfortable and irritating or it inspires a kind of restless unruly energy, but it’s fucking real and raw and unmanufactured. There’s no filter and less calculation than a lot of music from other parts of the world. I’m re-discovering a lot of artists coming from the UK, loving the Mura Masa records, Charlie (XCX) is always doing some badass things too and Sampha’s album was predictably incredible. 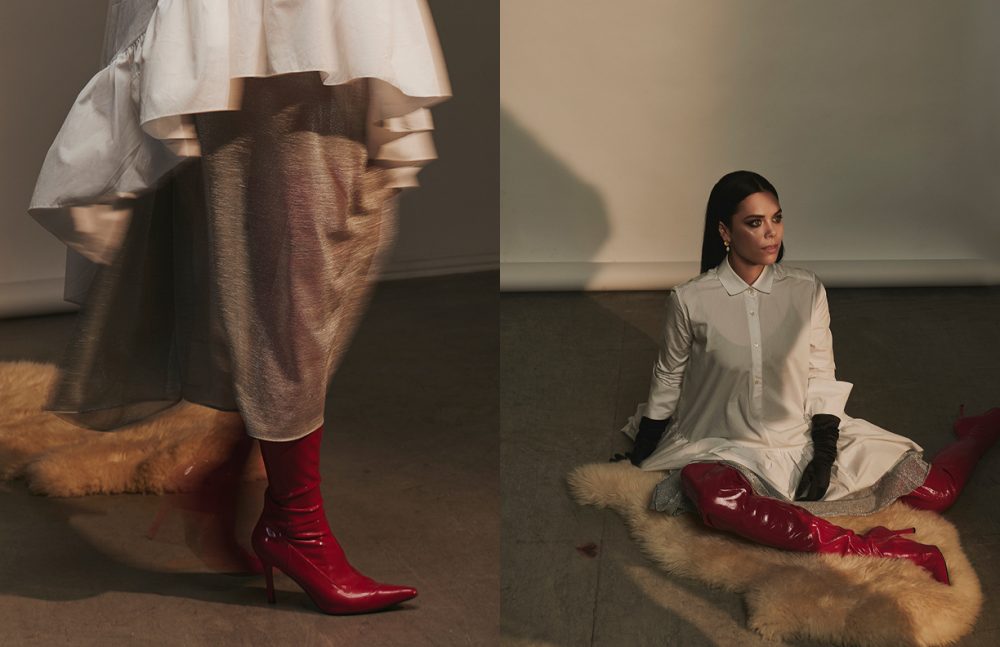 How do you compare performing in London vs. being back home in Australia?

I’m yet to find out! It’s been a long time since I played London as I’ve been holding off for a little bit until the time is right. I’ve just come back from a big run in Australia which was pretty incredible. I was playing big stages and I’m actually so excited about getting sweaty in a club for this run of shows.

Tell us a little bit about what the song Kryptonite is about. What are recurring themes you are writing/singing about in your album?

I think the last few years I’ve had a pre-occupation – intimacy and desire. These threads in the ‘love’ tapestry that trigger our most vicious, vulnerable and beautiful emotions. I’m a lover, I love hard, I break into tiny pieces, perhaps that’s why I’m fascinated in understanding it all, to try and control it or not feel so insane 110% of the time. Human’s analyse to try and control and understand. To make sense of the world.  I find human intimacy completely fascinating as it’s almost like a black hole of powerful energy. It’s where we hide everything from our past, present, future. It’s where music lives. It’s where connection lives. I like to think this album is a series of intimate events.

Kryptonite is about letting go of self-control in this intimate space. I watch so many people deprive themselves from what they want because they are afraid, afraid of what people might think or the overcome by the judgment they place on themselves, myself included. This was kind of an antidote to those thoughts.

How did you come into collaboration with Lisa Paclet & Alex Lamarque for the Kryptonite Music video?

I wrote a very detailed overview of the song and how I envisaged the video. I do that with basically every song I write. I wanted it to express everything the song is about: sexuality, movement, unity, letting go of boundaries. I do a lot of editing on premiere pro so I put together a really rough reference video composed of various inspirational references including some footage from the ladyfag nights in New York, snippets from donna summer, Madonna’s old video clips, Janet Jackson… 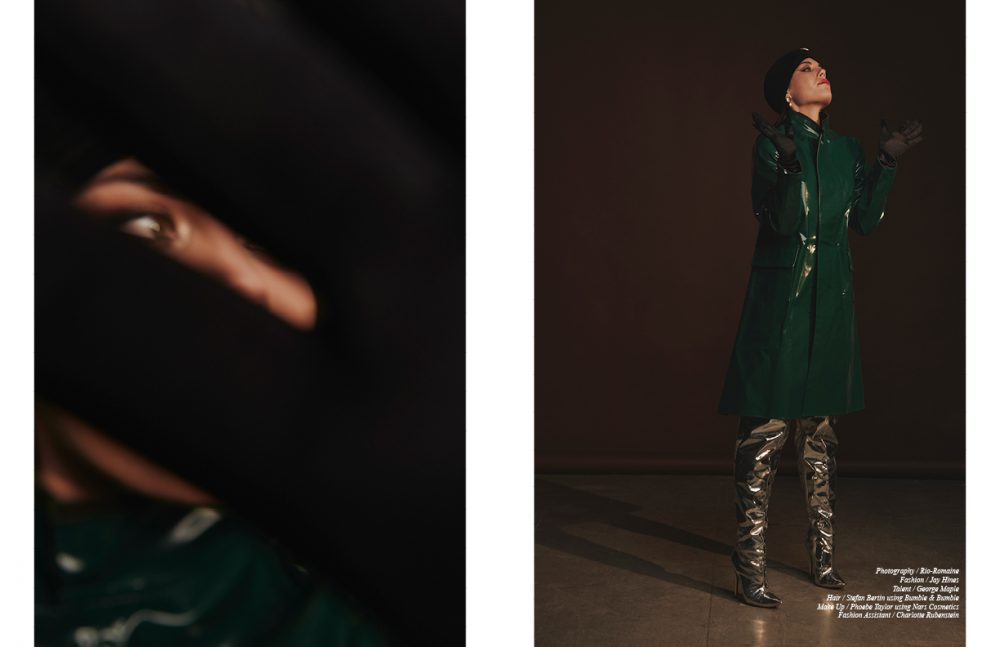 You explored themes of community and togetherness. You were inclusive of different racial backgrounds and strayed from the usual heteronormative themes lots of dance videos explore – how important is it for you to include queer identity and non-conforming identities in your work and art?

I’m really avid about making sure that there is no sense of segregation in anything I do and there always has to be a deep level of authenticity. The Kryptonite video is genuinely a reflection of my life at that time. I was going to drag clubs, club nights, gay, straight, whatever. I was partying a lot, dancing and re-discovering and exploring my own sexuality after a really intense break up with someone I thought was the love of my life. I was letting go.  I’m surrounded by all types of people and souls. I’ve been through dark times and I’m entering a new phase where I am surrounded by so much light and love.

I have lived in all different places and been exposed to lots of crazy things. There wasn’t a conscious decision to represent the video in this way, rather I was so inspired by all these people I had been meeting and this sense of community and celebration. I was surrounded by people expressing themselves on this level that I hadn’t been exposed to yet. The costumes, the theatre, the drama. I loved it so much. The fact that someone is straight, gay, transgender, black, white doesn’t even come into my thought process, it never has. It was the sentiment that I believe needed to be shared. Free love in the corners of my weird Maple existence.

Now that you are growing musically and have a platform, how vital is it to you to find a voice to represent a generation?

I mean, I would love that and I will do everything in my power to provide a positive message or at least a message that is authentic to my experiences as an artist. if I’m given that opportunity to communicate with a wider audience I will always try and use that opportunity to do a little bit of good.  The only reason we’re able to do what we do as artists is because there’s a community of individuals who connect with what we’re doing around us. All I can hope is that the conversation within my community is full of authenticity with an element of positivity, creativity and empowerment. There’s only so much I can control however I will do my best.

What is a typical performance like for you? How do you want to bring this togetherness, inclusiveness to stage?

Good question. I’m not actually sure, I guess because it’s just me up there on stage I’m conscious that I’m sharing a room with the audience. It’s actually not just my stage, it’s a mutual experience. It’s a mutual moment in time. That moment is never exactly the same . That’s what is so powerful about live performance. The audience’s reaction and  energy impacts the way I experience the performance In exactly the same way as my energy impacts them. This is something I’ve only recently started exploring on a more intellectual level because I feel like for a long time, I’ve lived in a skin of ‘conditioning’ whereby I perform and that’s my job and the audience are the receivers, it’s kind of a bit of death of the author really and it works well with my kind of artistic intent. None of this is about just the artist, it’s about all of us.

What’s the song writing process like for you when you’re writing on your own versus for someone else?

My process varies every day, I try and keep it as free flowing as possible. I know my skills and am constantly refining them but I’m really very moment to moment. I like the idea that every single second we spend on this earth is a unique experience. When I’m writing for other people it’s a practice of letting go of your own framework, it’s almost a kind of Buddhist experience where you’re listening without any pre-conditions to what that person wants to say as an artist and instead of operating from your own experiences you try and walk a mile in their shoes.

Are there any other forms of release you have besides music and the arts?

I’m a big nerd, I started off studying LAW and Media so I love philosophy, exploration of spirituality, listening to scientific theories. I love wine, give me a bottle of red wine, a balcony and some wonderful minds and I’m so so happy. I love to train also, I’ve started a lot of heavy fitness regimes because of the intensity of my performances, boxing, yoga, HITT training, dancing. I find rest a very important hobby also, that has been a new one for me, just learning to take the day to chill, drink juice, do yoga. I think it balances the pace and uncertainty of this career.

Kryptonite is out now. Watch the video here.