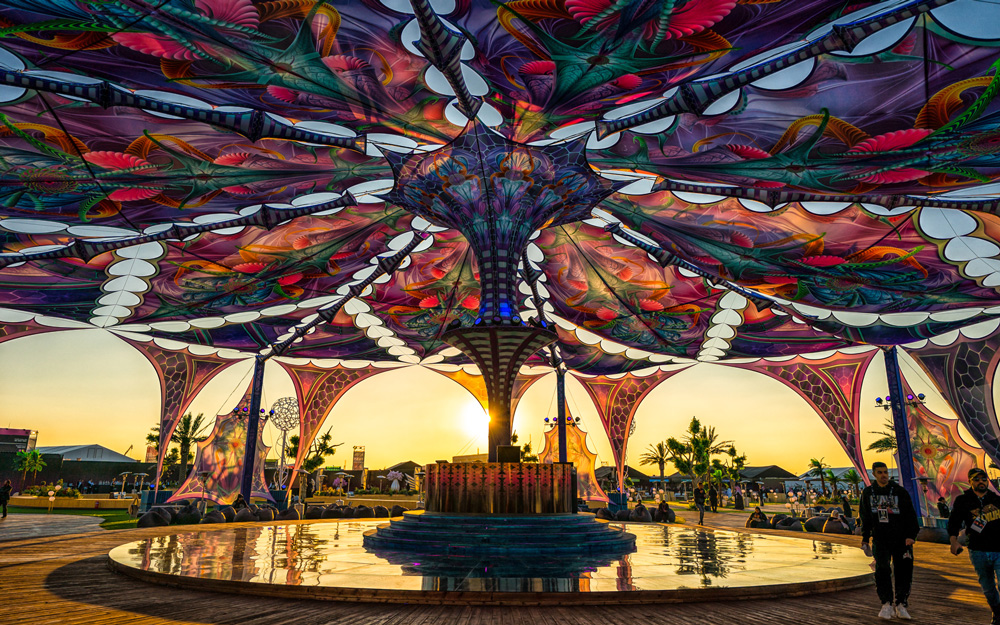 Over the course of three days in late December, 400,000 people – their number including celebrities such as Armie Hammer, Ryan Phillippe and Joan Smalls – flocked to the desert just outside of Riyadh. But what could draw such a crowd (around twice the size at Glastonbury) to such a place? The answer is MDL Beast, the largest music festival ever to be held in Saudi Arabia.

If the numbers still seem surprising to you, bear in mind that a staggering 70% of Saudis are under 30 (50% under 25) and that, until very recent reforms, the playing or performing of music in public was prohibited. It would be fair to say that most of the country’s young population had never seen anything like this in their lives. 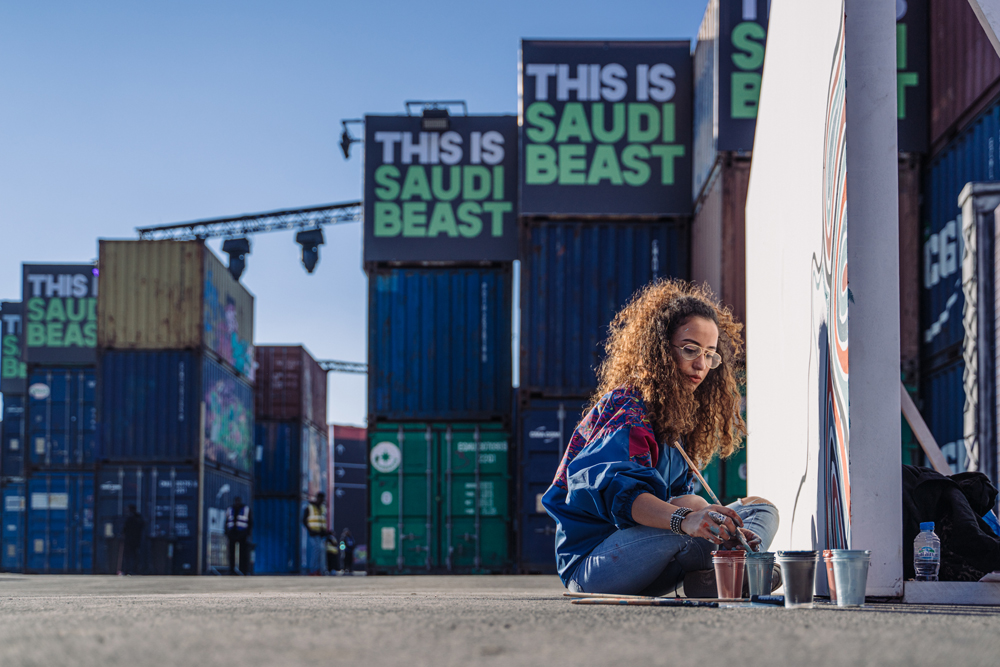 Many felt that MDL Beast was not just an electronic dance music festival, but a turning point in Saudi Arabia’s history. As one attendee commented, “We are truly witnessing a big change – we know it won’t happen overnight, but MDL Beast has played a huge part in the next chapter of this country.”

It certainly was a mammoth affair, with five stages and five districts, designed by some of the world’s top festival producers, showcasing both local talent, such as DJ Baloo and Cosmicat, and international big hitters, including R3Hab, Afrojack, Steve Aoki and David Guetta, to name but a few. 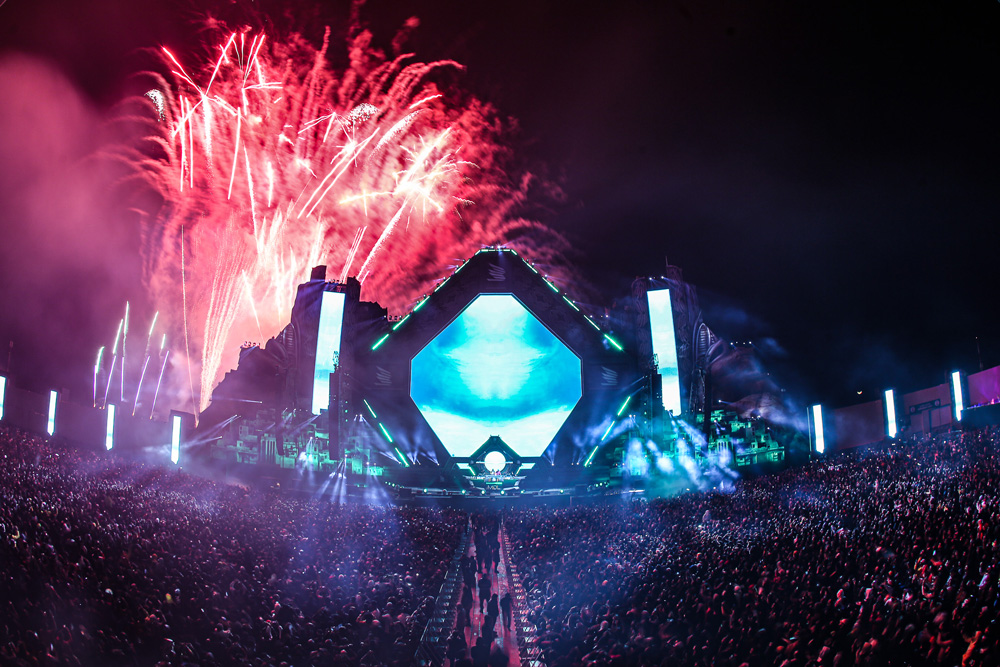 Big Beast, a 45,000-capacity space, has already won the Guinness World Record for the world’s tallest temporary stage. Meanwhile, Saudi Beast focused on local acts, while two Underground Beast stages featured house and techno and Down Beast more chilled out melodic and tribal sounds. All the stage sets were designed to provide an immersive, 360-degree experience in terms of both sound and vision and a spectacular firework display rounded off each night. 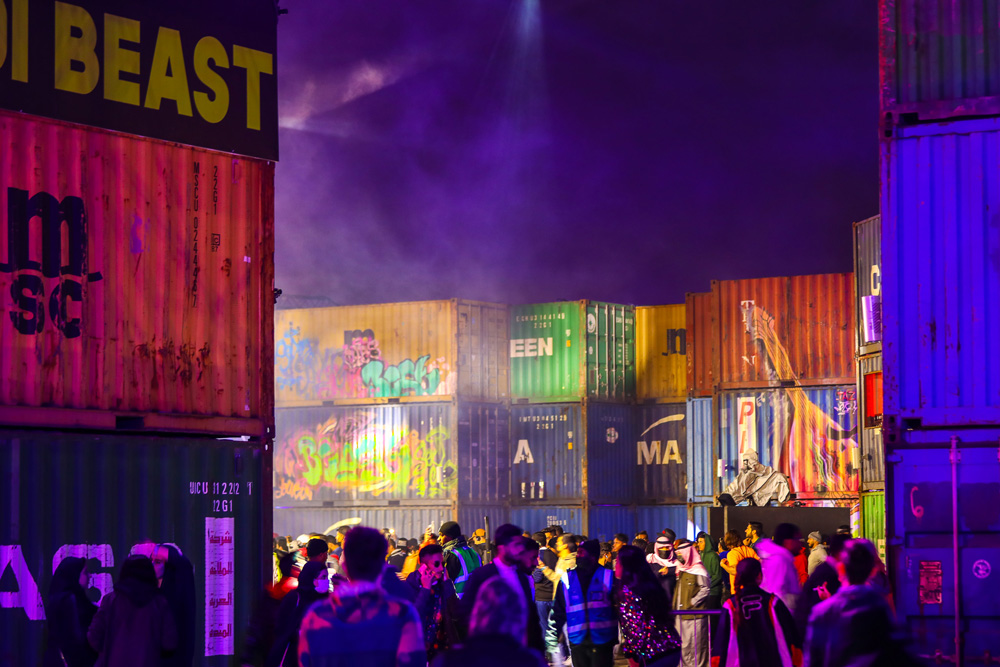 It didn’t end there. The festival organisers were keen for the event to encompass not only music but also arts and culture, which could be found in the Arts Beast district. Here, 22 acts put on performances designed exclusively for the event and on every scale, from interactive street theatre, to 40ft inflatable unicorn camels, to spectacular acrobatic aerial displays. Our favourite was Fuerza Bruta from Argentina. What’s not to like about a swimming pool with synchronised swimmers suspended above the crowd? 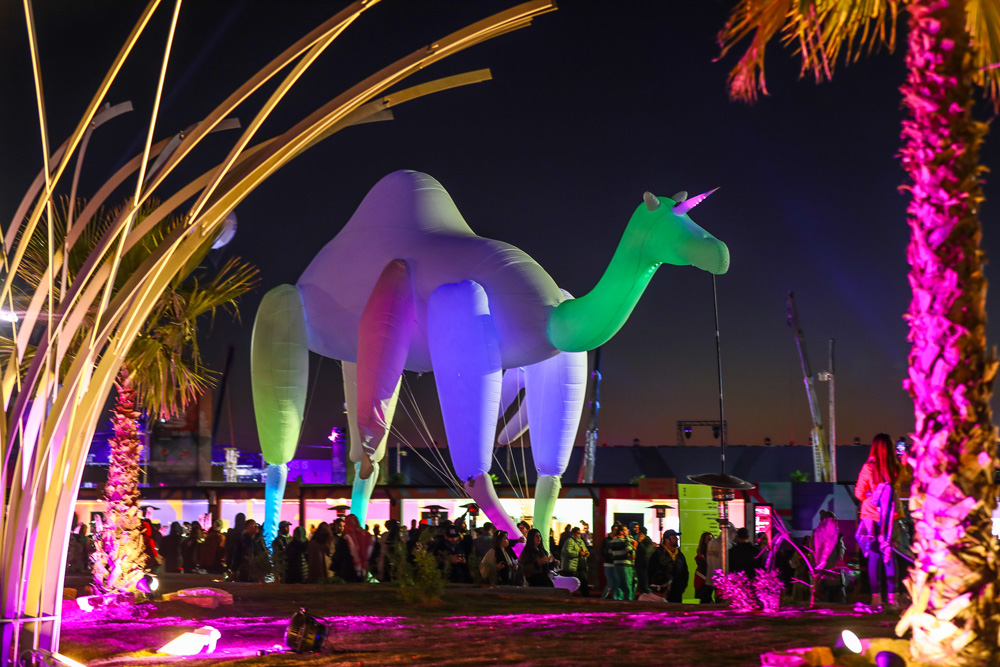 Food was also a focus and we’re not just talking about the common or garden festival burger truck variety. A Global Street Food Market with over 60 concessions, including Saudi Alley with its local fare, catered to every taste. DJ Steve Aoki was also on hand, serving slices at PizzAoki.

Those wishing to up the culinary ante could opt for Latin American MNKY House, or fine dining at the luxurious MDL Feast banquet hall which, with its ‘panelled’ walls and crystal chandeliers, had to be seen to be believed. Those in the know could also book the mysterious ‘Secret Restaurant’ with a view of the main stage, if they could only find it that is (hint, it was hidden somewhere in the VIP area). 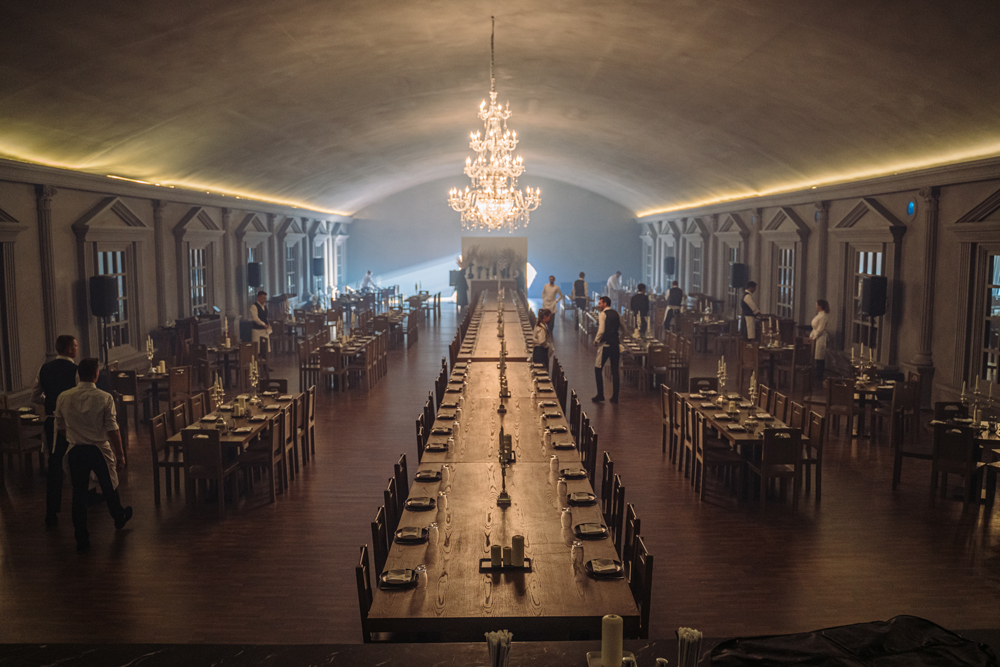 Or, rather that should be VIB, as in Very Important Beast. That is where you could find the aforementioned celebs, as well as landscaped gardens, Bedouin style lounges and private booths to watch all the Big Beast action.

For the budding musicians and producers who hadn’t quite made it to celebrity status yet, there was MDL Beast XP, an educational initiative and immersive space where even complete beginners could get their hands on some state-of-the-art equipment and a recording studio.

Finally, MDL Town provided retail therapy with pop up stores selling local fashion and design. Marriam Mossalli, a celebrated fashion consultant, journalist and author, showed us around and explained that the predominance of streetwear here was not only down to its obvious connection with EDM, but also because its unisex nature appeals strongly to young Saudis who were previously restricted to very specific gender dress codes. 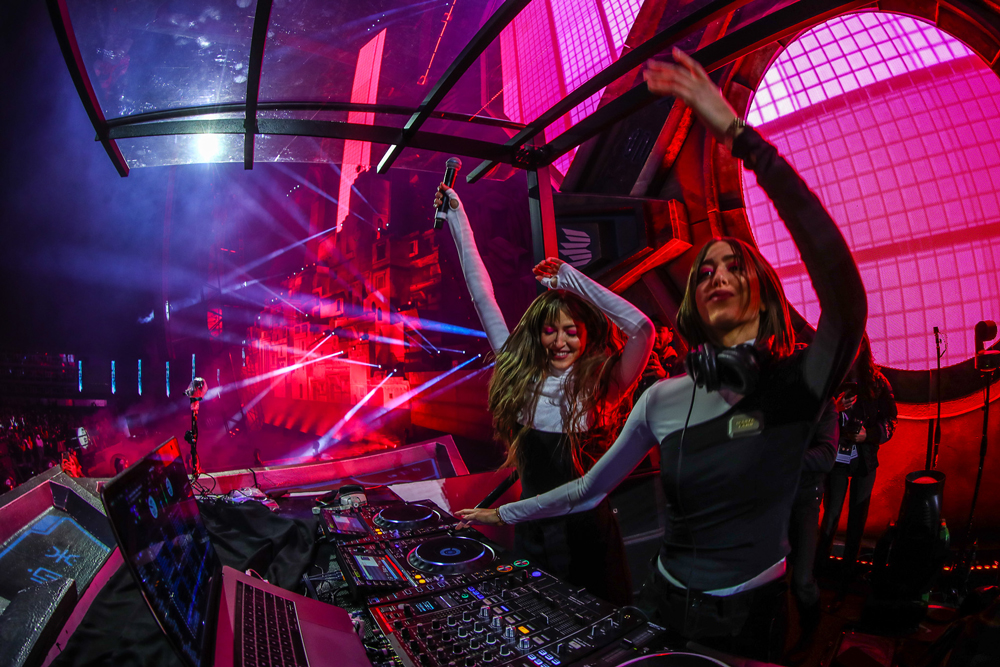 It’s worth noting that, under the new reforms, women are no longer required to wear the traditional black hijabs, nor to cover their hair. They can also now drive, travel without the permission of a male guardian and – quite significantly for this event – mix with men in public spaces, such as concerts, cinemas and sporting events. While the crowds at MDL Beast were predominantly male, the organisers estimate that around 25% of the audience was female and hope that this number grows steadily at future events.

MDL Beast has enabled the next generation of Saudis to not only experience entertainment from around the globe, but to share their own talent and culture with the outside world. As one festival goer commented, “It’s such a first to be able to see so much talent and entertainment in Saudi Arabia. With all the international performers flying in, it really has been a very special experience.” 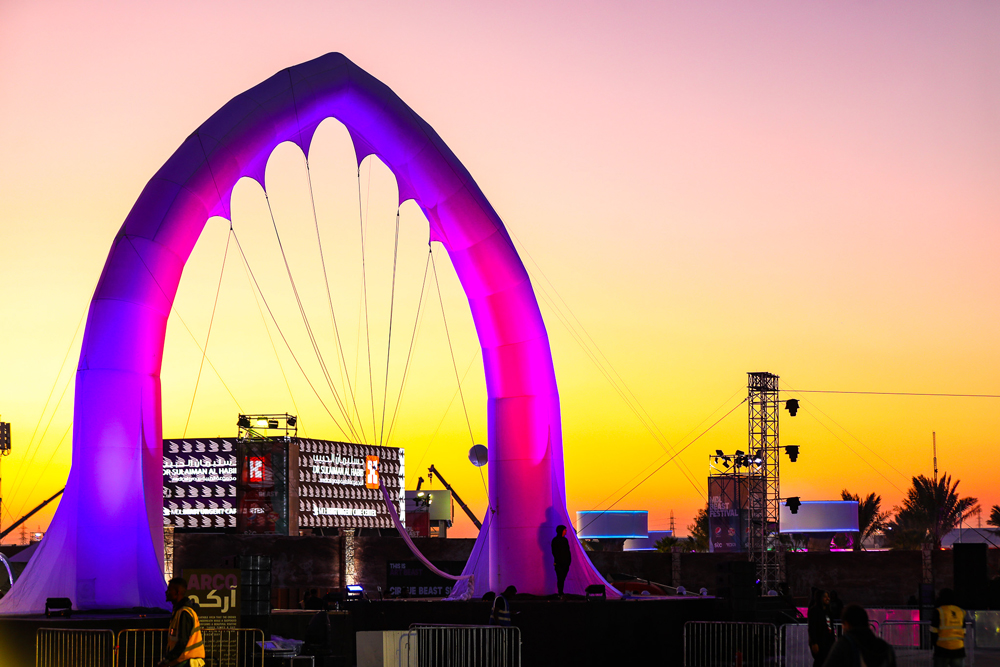