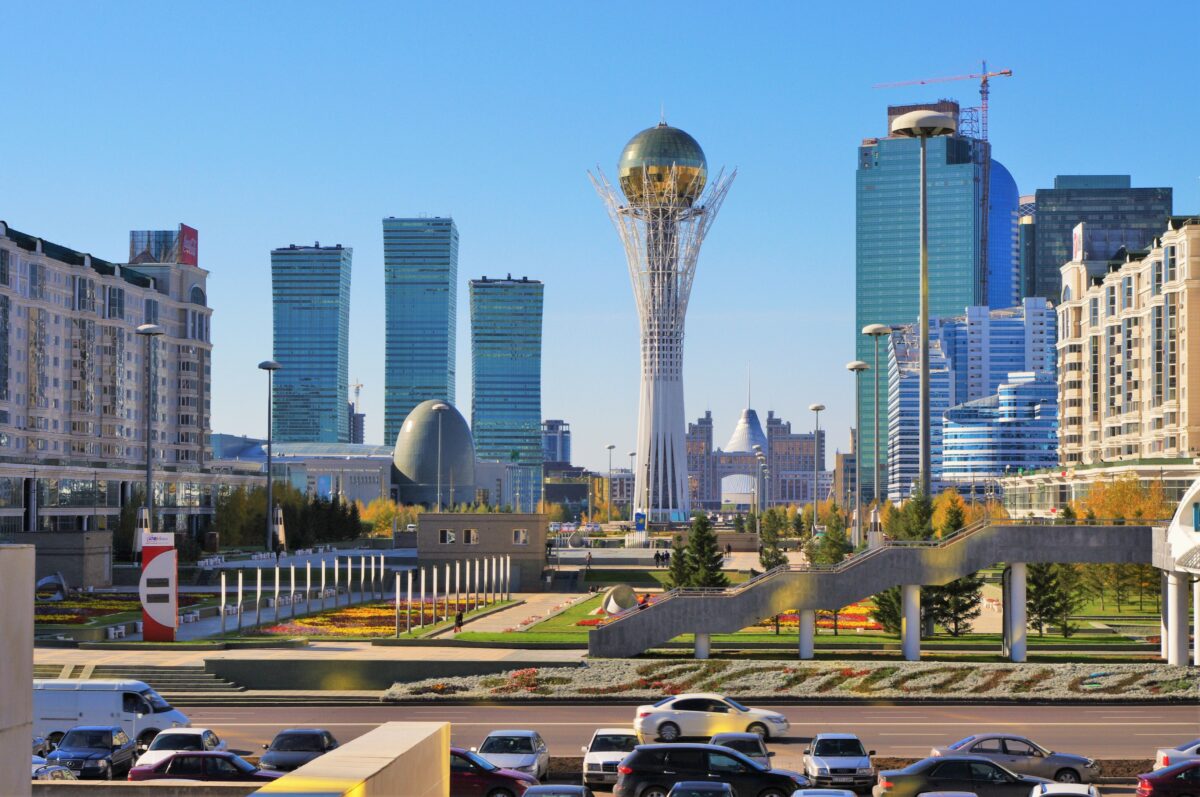 As one of the youngest and largest countries in the world, Kazakhstan has a hunger for fresh experiences and creative revival. Since declaring its independence from the Soviet Union thirty years ago, the country has become a place of cultural intrigue, blending influences from its European, Russian and Chinese neighbours to create a unique, up-and-coming local scene.

After venturing through the harsh, austere beauty of the country’s outer regions — consisting of towering mountains, geological wonders, abandoned houses and remains of the Silk Road — one comes upon the city of Nur-Sultan, formerly called and still frequently referred to as Astana.

Nur-Sultan (Astana) has been named as the capital city, recently reinvented with dramatic, futuristic buildings designed by a roster of international ‘starchitects’ led by Sir Norman Foster. Foster’s name is attached to numerous buildings in the capital, from its tent-shaped Khan Shatyr shopping mall to its giant opera house and blue-domed Presidential Palace. The symbolic Tree of Life containing a mythical Samruk egg is also worth closer inspection — another Foster design which has been likened to a giant Ferrero Rocher inside a shuttlecock. Further afield, the 1380-foot tower at Abu Dhabi Plaza is set to become the tallest building in Central Asia, dwarfing the spiky-crested 350-foot Bayterek Tower that was Astana’s most familiar landmark.

Apart from its new architecture, Kazakhstan’s aesthetics have historically veered toward the traditional, including costume, music and the beautiful handicrafts which decorate traditional yurts. Contemporary art has thus not held a strong position in the country until recently, when advances have been made to support budding artists and help them showcase their work through schemes such as the ALA Art Residency in Almaty.

The ALA Art Residency was founded by Dina Baitassova, who returned to her home country of Kazakhstan with a vision to develop the arts scene and bring it to a wider audience. Her first project was to reclaim an old Almaty prison, turning it into a huge artists residence — which not only reinvented the area and gave it a new lease on life, but also provided artists with a space to showcase otherwise unseen work. Alas, this project has since been acquired by developers who have plans to do something more commercial with the building.

But Baitassova’s reach extends beyond Almaty. She was also involved with the regeneration of Nur-Sultan’s art scene, and during Expo 2017, she installed some of the impressive artworks which are still visible in the city today, including Saken Narynov’s swirling, wire-mesh installation In Time And Space as well as selecting contemporary sculptures which saturate the interior space of the former Expo grounds. 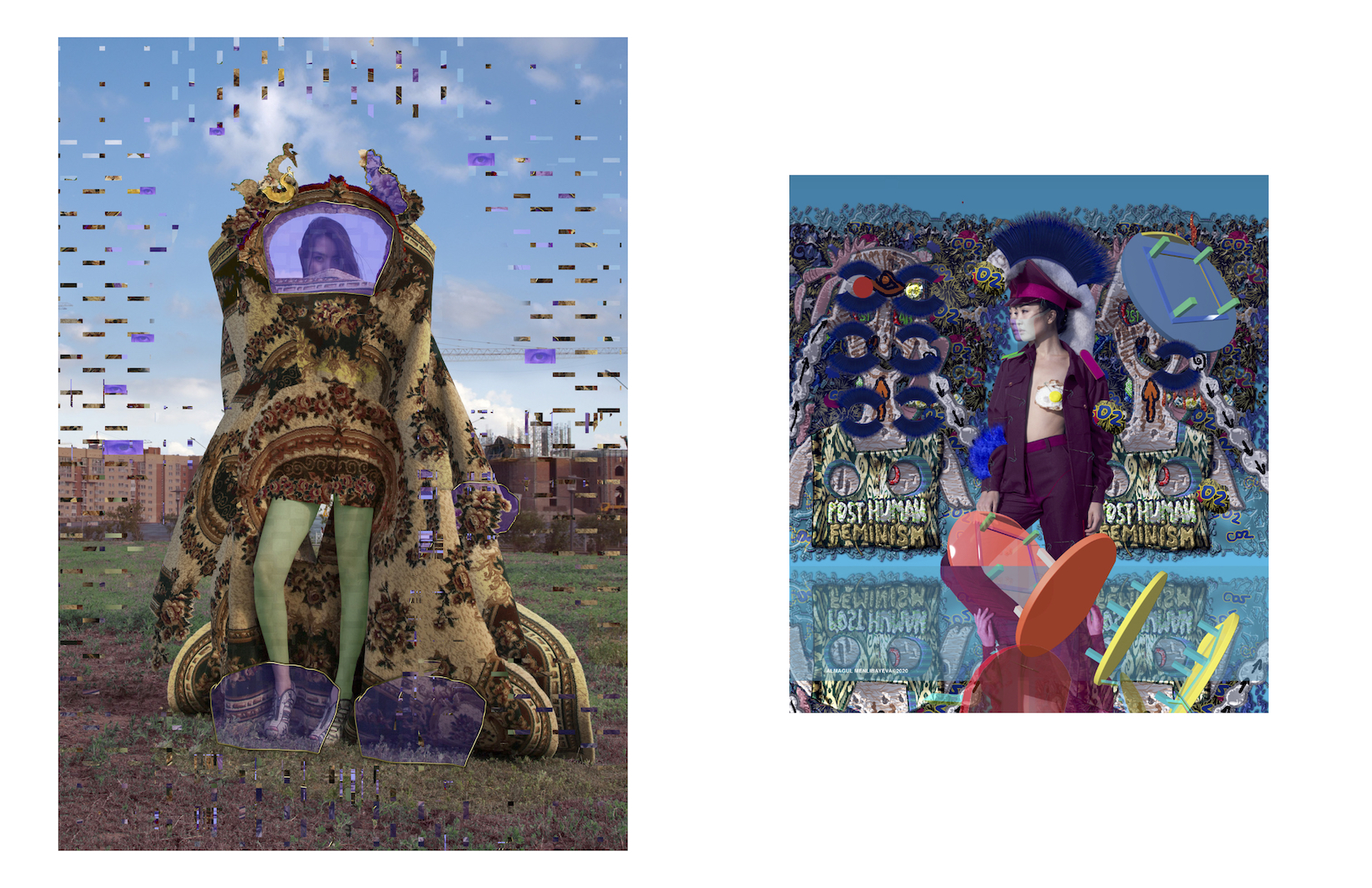 Seeing this appreciation of contemporary art, it was evident that the city was missing an arts space, so Baitassova began planning a contemporary art gallery. The TSE Arts Destination was opened in 2018 in Nur-Sultan’s old town with a solo show by Almagul Menlibayeva, a Kazakhstani artist whose themes revolve around social and ecological issues in Central Asia. Baitassova notes, “The young people are not interested in the Soviet past; they are more focussed on the contemporary world. They may use some Kazakh motifs, or incorporate some of our myths and legends, transforming them into new media art pieces, which is exciting.” The gallery promises a diverse roster of artists a space to express their vision of their nomadic, landlocked, oil-rich Kazakhstan via contemporary art, installations and events, attracting a hip crowd of educated youngsters.

With such a rich cultural heterogeneity, augmented by people displaced here from former Soviet countries, Kazakhstan’s art scene is actively expressing itself as a reaction to the past. Artists everywhere are a mirror to society, and creatives in this vast but misunderstood country are no different, with plenty to say about globalisation, politics and intertwining cultures.

“Our art is applied art. We didn’t have paintings until the 20th century — classical paintings came with Russian artists, and we focussed on jewellery, costumes and interior design of the yurts, but artists now are experimenting,” notes Baitassova. Often, Eastern motifs and traditions are interspersed with Western techniques, and boundaries are blurred. 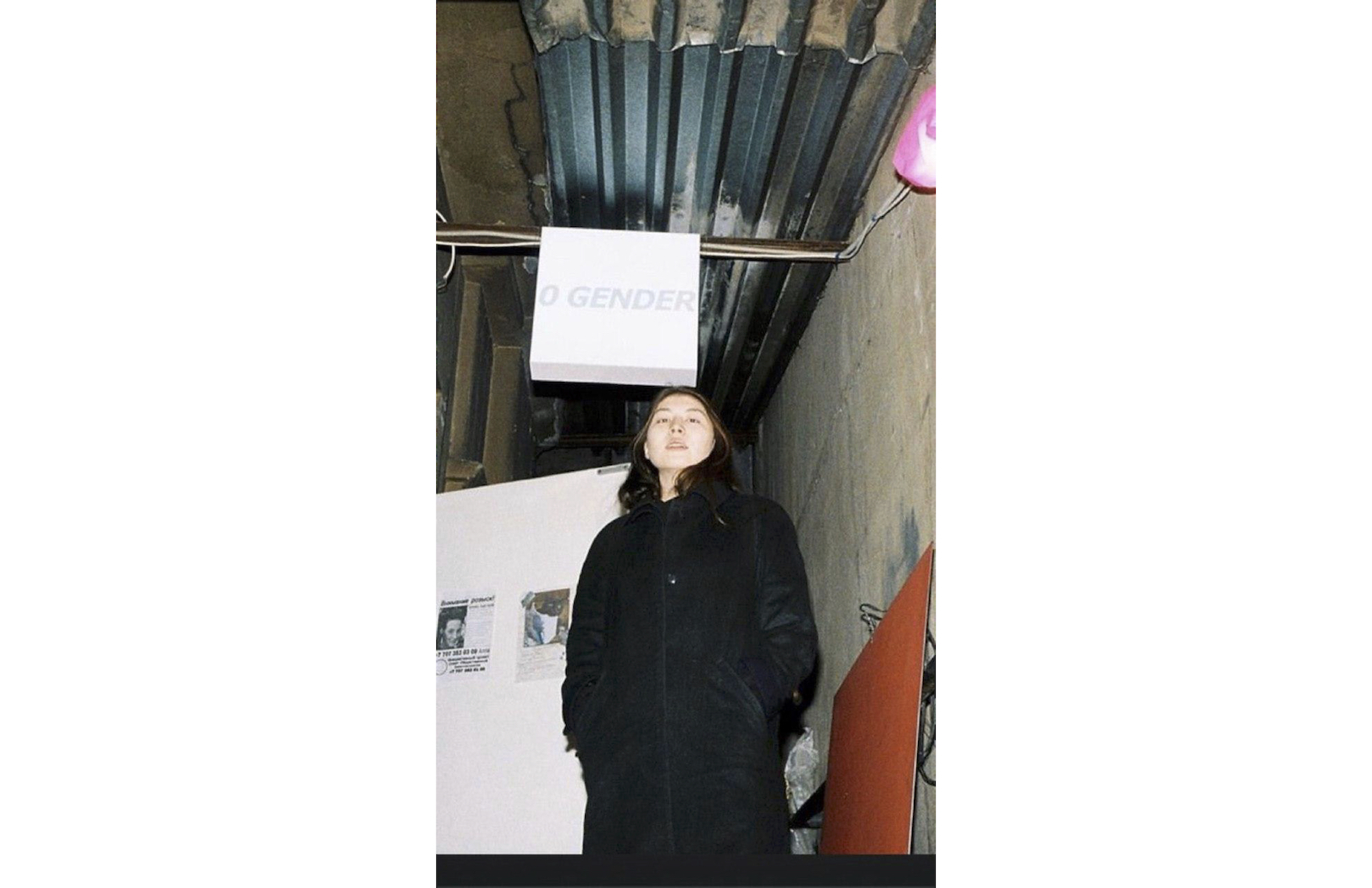 Artists like Suinbike Suleimenova use art as a political statement, strongly believing that art should be used as a catalyst for change. Identifying as a both a feminist and eco-warrior, Suleimenova is part of the movement Green Salvation which contributed to #savekokzhailau, a project that used artwork to protest and helped reverse plans to convert a Kazakh national park into a ski resort. Some of Suleimenova’s work uses plastic bags to redefine the disposability of art. Rather than just use them once, Suleimenova has reclaimed the material and turned it into a treasure which can be kept forever. Furthermore, Suleimenova creates video, photography, installations, and is championing a view of feminism in the digital age, hoping that her artworks will influence the viewer’s preconceived ideas of stereotypical gender roles biased by male patriarchy as the norm. 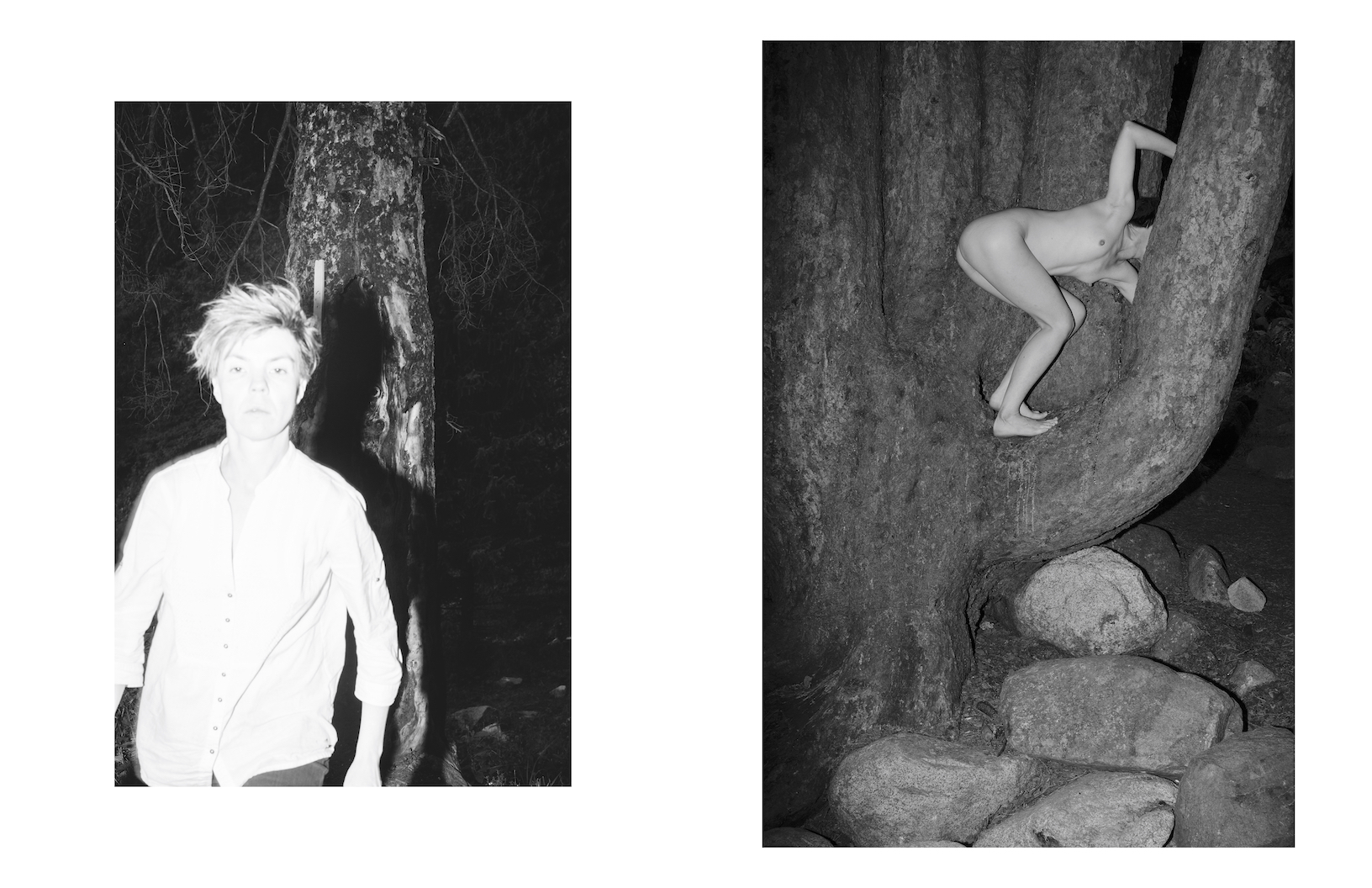 Determined to push the boundaries in her own way, Irina Dmitrovskaya is interested in the ways we construct our identities, questioning societal constructs and exploring the factors that contribute to one’s sense of self — Who are we really? One of her most notable works is a self-portrait consisting of fabric stuffed stockings wrapped around her body, resulting in a photograph that barely looks human. Only a glimpse of hair hints at the subject buried underneath, which demonstrates the anonymity and insignificance the LGBT community face in Kazakhstan.

Working from her studio in Almaty, outspoken female artist Zoya Falkova garnered considerable attention with a controversial sculpture titled Evermust, which consists of a punch bag shaped as a woman’s torso. Banned from the Bishkek Feminale for its not-so-subtle criticism of sexual violence, it catapulted Falkova’s desire to spark a meaningful dialogue around human rights and female justice in a nation ruled both literally and culturally by men.

With a burgeoning underground arts scene, the fashion and interiors sphere is not too far behind. Mercedes Benz and Visa sponsored several successful fashion weeks pre-pandemic, and the ​​newly founded Nazarbayev University in the capital has lots of investment for students to partake in vocational, research-based courses, with particular focus on the sciences.

A cultural investment is well overdue, but Baitassova is confident about a bright future. “I really admire how they support contemporary art in Dubai. They provide spaces, and dedicate time to the arts scene. I would love our government to take an example from this, and with a new government department making a strategy for creative industries, there is hope.” 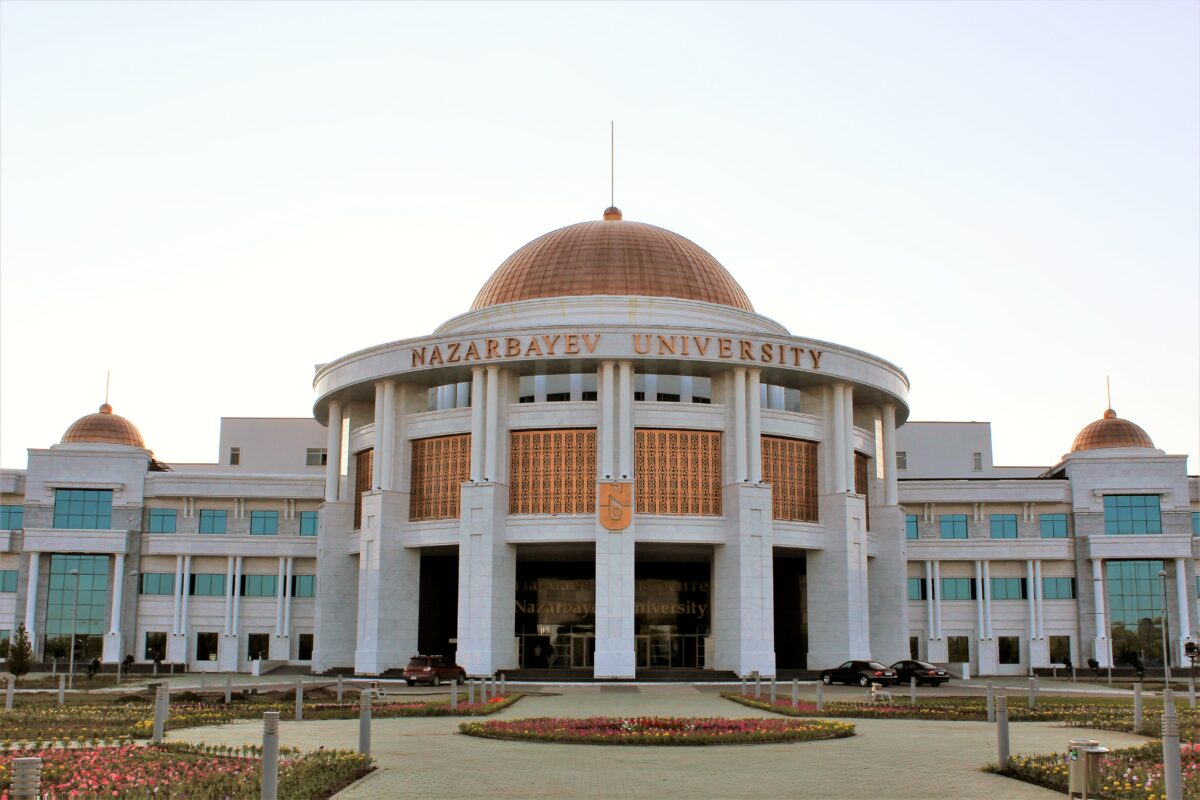