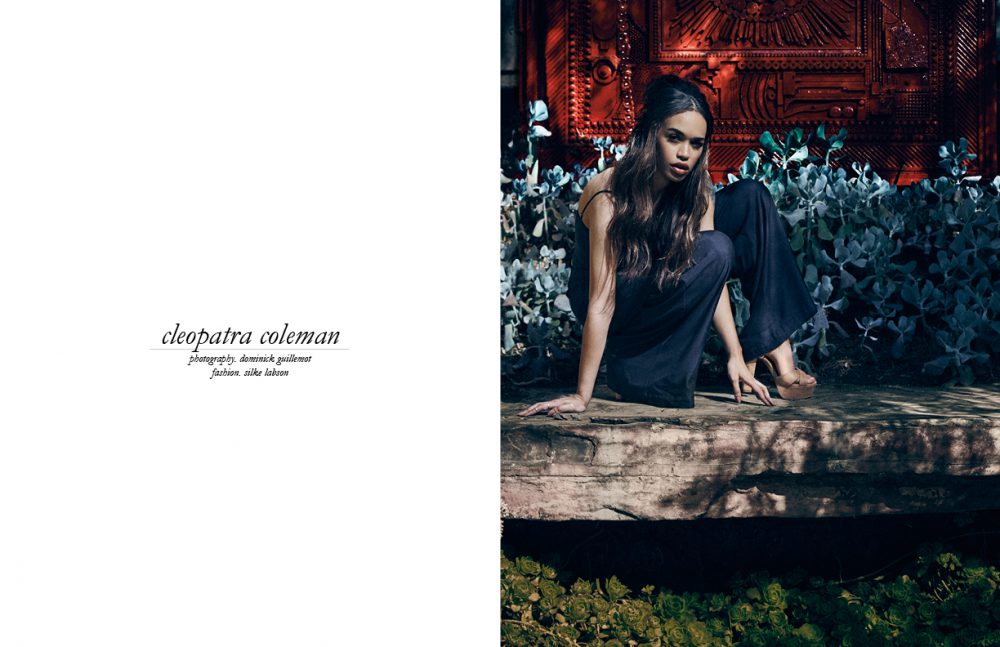 Cleopatra Coleman is a talented rising star and self-proclaimed foodie; her spirited energy is infectious as she sits down to sip her coffee. Born to artist parents, Cleopatra was encouraged to achieve her dreams from a young age. Throughout her career she has acted in a vast variety of roles spanning multiple decades and genres, thanks to her natural curiosity and drive. Having just wrapped Season Two of Will Forte’s FOX TV comedy series The Last Man On Earth, Schön! sits down to chat with Cleopatra about growing up in Australia, manifestations, her conspiracy theory and the endless possibilities of playing dress-up after the apocalypse.

So we hear you’re really into food. Australian food is hard to come by in LA – do you have any favourite places to get some good Australian cuisine? Do you cook much?

The Aussie Pie Shop – there’s one on Main Street in Santa Monica and one downtown. Both are run by an Australian woman. She makes these really yummy Australian pies and Lamingtons – one of our desserts. I love that place. I remember growing up and cooking so much! I don’t know when that changed. I love cooking, but lately I haven’t.

What was your deciding factor in moving to LA? Do you have any family here?

My parents are in Australia, but they met in LA. Both of their moms live in LA, so I have my two grandmas and aunts and cousins. I always wanted to come here; I always felt a connection. But mostly, it’s work. In Australia, there are many great schools and great talent – but not a lot of places to put it, unfortunately. 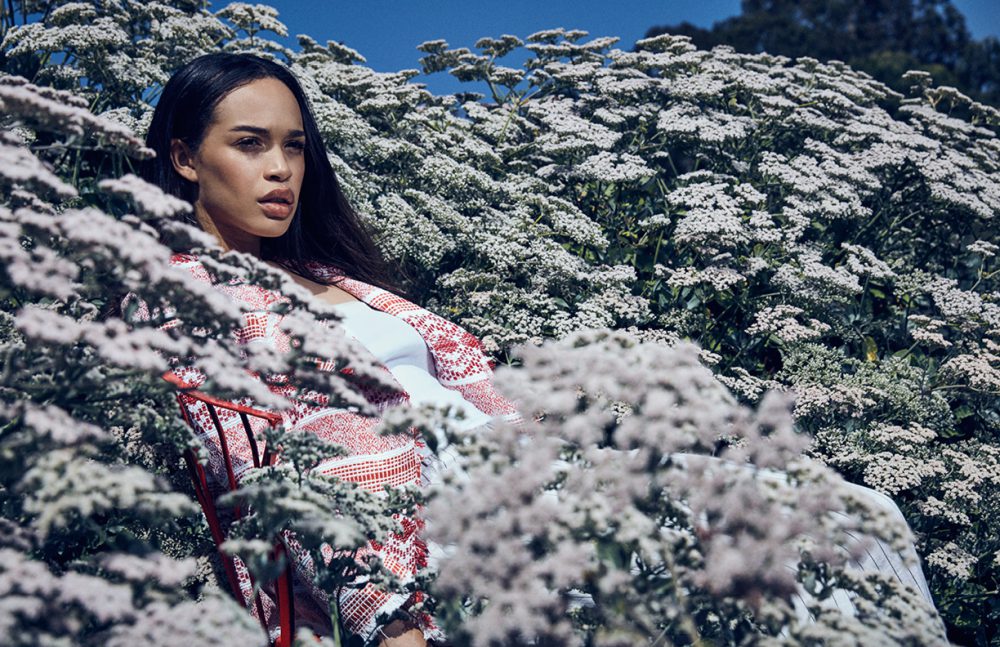 So, you got into acting through dance? How did you transition?

It wasn’t just through dance. I was always ambitious. I think I was four, and I had been brought to a ballet class with a friend of mine. I came home saying, “THAT’S what I want to do. You’ve GOT to put me in classes.” I did that for years, competitively and passionately. I was in this tiny town, Byron Bay – a beautiful place to grow up, but not much to do – so I started watching these sci-fi and fantasy kids’ shows on TV. One production company was making most of them, and next thing you know, I was like, “I want to do that. I want to be on one of those shows.” I convinced my parents to move from Byron Bay to Melbourne, and within a year I was on one of their shows.

Wow, how old were you?

I was 14. By the time I got on the show I was 15. I wasn’t a big fan of the [dance] industry. I did a couple of dance gigs around the same time that I was getting some professional acting gigs, and just got treated a lot differently. So I went into acting.

How is it working on The Last Man On Earth?

It’s great. When I was first told about the show, it was really top secret. I didn’t even get a script. All I got were the scenes I would be reading with Will [Forte]. The scenes were really funny and I understood that the character he was playing was a little… strange. It was a little left-of-centre, and there was something about it they wanted to keep secret. 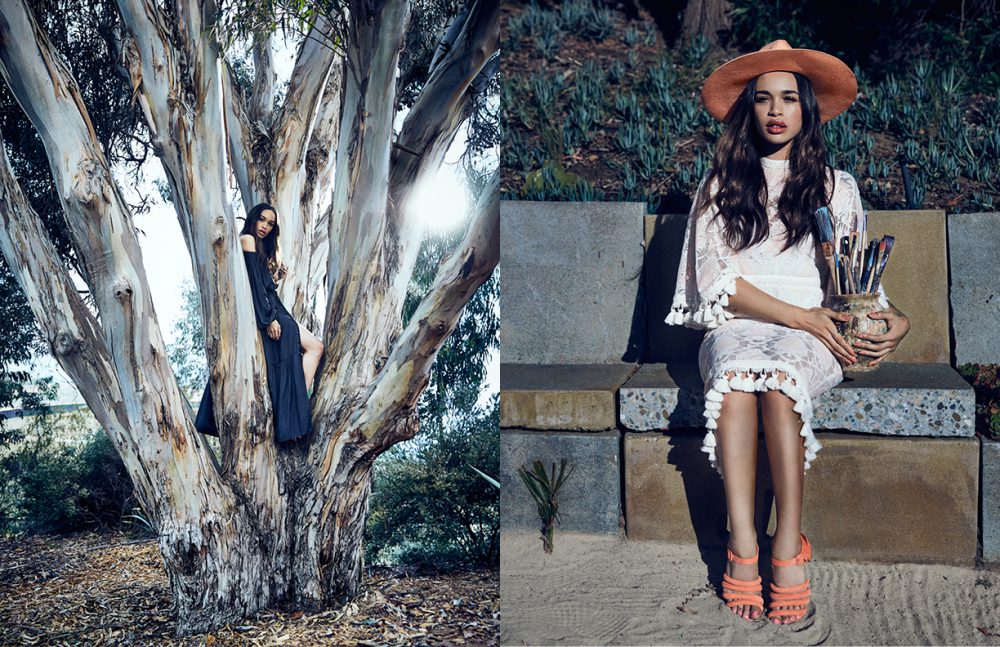 Does it make you think about your own day-to-day life too?

It’s crazy to think about – I mean – what if? The possibilities are endless. People on red carpets always ask me “What would you do if you were the last woman on earth?” All I can think of is wearing diamonds, girlie things like that. I would either let myself go completely or I would do all kinds of intricate things to steer clear of boredom.

Which store would you loot first?

Which store? I wouldn’t know where to start! I would definitely be wearing some vintage Dior. I would raid the vaults from my favourite ‘50s movies, [looking for] Katharine Hepburn’s clothes. I would wear her suits all the time.

Is there someone on the show who would be your partner in crime?

Probably Melissa, played by January Jones… because of those boots! Those embellished boots Carol made. Carol too, and maybe Gail… but she’d be too drunk to really get into it too much (laughs).

Is it fun working with such amazing female actresses? You have a pretty stellar cast.

Yes! And there are a lot of women, which is cool. I’m a fan of everyone on the show. It’s really fun and easy.

Do you have any new projects in the works?

I’m writing my own movie. It’s got a theatrical release next year. That’s been taking up a lot of my time. I also just did a Netflix comedy movie with Josh Peck and Tony Rovolori, and a stint on Pamela Adlon’s new show on FX, ‘Better Things.’ Other than that, I’ve been writing – it’s been intense. 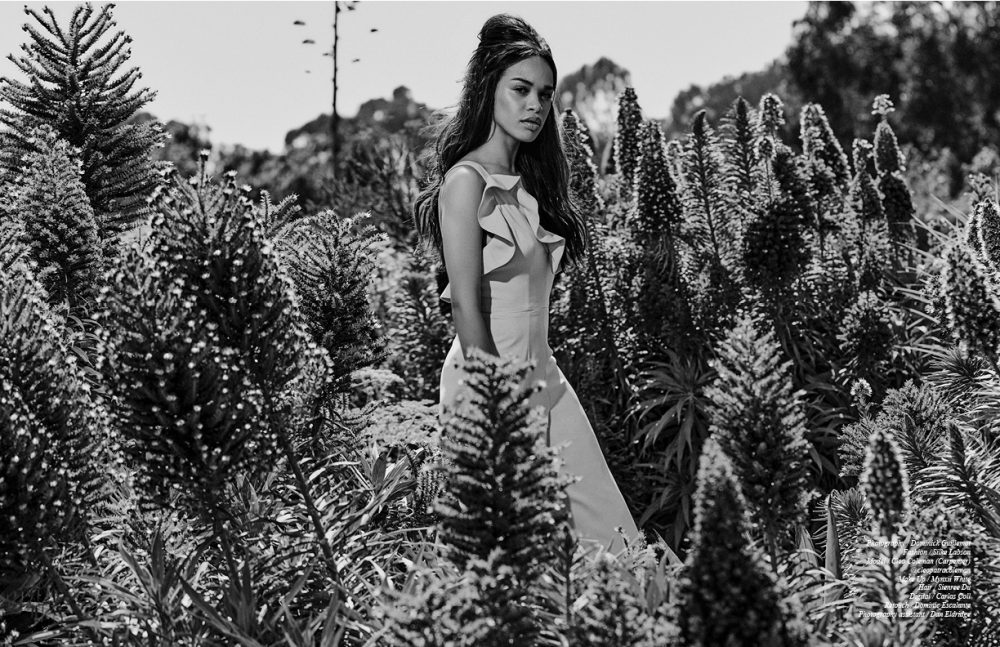 Is this the first creation that’s all your own? Can you tell me a little bit about it?

We’re in the middle of it now. I’m really happy with it. It’s a conspiracy movie, so it’s all about figuring out who knows what, where and when. It’s complicated, but my brain loves it. I need to be intensely into something at all times. I’m grateful. There’s something about it that feels so right to me. I’m starting to think that writing and acting in my own projects is something that I’m going to do more of in the future.

You recently posted on social media about the #iamanimmigrant initiative. Can you tell me about that?

It’s a really cool movement – it’s topical, considering what’s going on both here and in the UK. I think it’s cool to show people what immigrants look like. They look like you, they look like me – We’re ALL immigrants, you know? It’s something positive that I definitely wanted to be a part of.

In The Last Man On Earth, everything like that is completely obliterated. What are your thoughts on where we might be going?

I think right now we’re going through a massive transition and the world’s consciousness is shifting. You’re always going to have a lot of fight, and there’s a lot of fear. I think that’s because of all the change that’s going to come. I can only hope that there’s going to be a positive outcome to all of this horrible “me vs. you” stuff, which is kind of the tone right now.

Today’s young people have much more open minds – is there anything you’d like to say to the young people who might be reading?

All I can offer is what I’ve learned – and it sounds like a total cliché – is just to stay true to yourself. Nobody else can be you. It’s your job to make that work. Don’t try to change. Stay hopeful, stay positive and know that your thoughts are very important. The way you view yourself is going to create your outside world. Learn how to discipline your mind!

Season 3 The Last Man on Earth premieres on Fox on Sunday, September 25th