We don’t know how it will end — but one day we will certainly remember what happened. From Italy, ADV Niccolò Lapo Latini and photographer Emanuele Ferrari present BUIO II, a story of desperation and contention under a culture of lockdowns. The team behind the series presented Schön! an exclusive interview for more details about the project.

It’s hard to say. Much of what has happened to me in the last five years has been very strongly impactful and not all premeditated. It was a torturous adventure full of emotional shocks. It is not easy for me to talk about, and I do not think I am ready for it yet. Let’s say that I’m coming from a very dark period, and thanks to my family, my friends and a desperate obstinacy, I’ve returned to feel happy and present in my life.

I started from the world of sport, passed through the musical one, I stopped in the theatrical, cinematographic and artistic figurative world for some time and then, on a completely random and unexpected day, had an encounter with the Fashion System. I have to be honest, I still can’t say I love the world of fashion. It is such a new thing for me — I can just go on knowing that, still being humble day after day, and seeing what happens. I have never been present in it as an involved spectator or a great fan in past years. I feel a bit like a crasher at a big party. Despite this, I feel that I have to already say thanks to this sector not only for the enthusiasm it has given me back in living my daily life but for the balance and security that I have regained after a long time. I missed this feeling.

How did you find yourself working closely with professionals from the start and, given the role you cover as creative director, having to evaluate them and direct their projects?

At first, it actually worried me a little. Not so much the confrontation — I’m not the type to be in awe — but the very fact of having to direct and monitor the work of people who are older and more experienced than me. Moving forward, I simply began to get used to the idea, and now it has become part of my everyday work life. But, though rarer, it is always very pleasant to work with guys my age. I don’t think it’s my job to comment, much less judge the work of other colleagues and professionals in the sector. Rather, I believe that my judgment of them is simply expressed in the choices I make. Even though it is apparently a creative job and in many ways it is, there is never anything casual in what I do. If I choose a member of the team, it is because I believe that they are the right person at the right time. 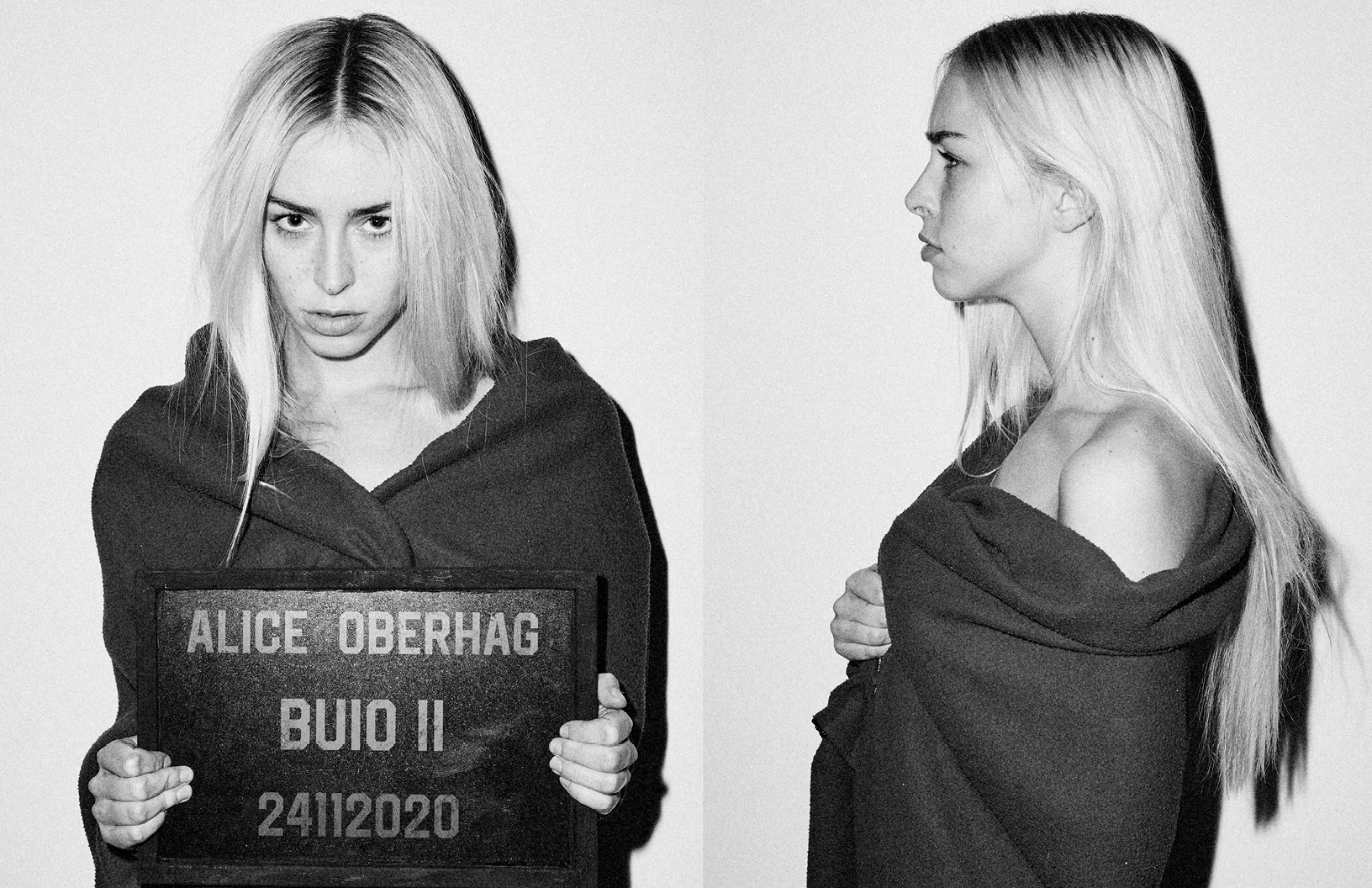 Why the title of “ADV”? What is the difference between an ADV and a creative director?

I perceive a lot of confusion in the Fashion System regarding roles and appointments; they’re often misunderstood or unclear. The position of the creative director is often confused with that of the designer, the artistic director with the creative director, the project manager with the producer… Unfortunately, there is misinformation.

ADV is simple, direct. It means that everything developed in a campaign project has my signature. Concept, design, production and finalisation up to the publication. A meticulous and careful attention to detail creating a tailor-made and perfectly customised project for the reference brand or magazine. 50% manager, 50% artist capable of leading his team and the company to the finish line like a real football coach. In parallel, I play exactly the same role.

What would be the right word to describe “Buio II”, and what was your purpose?

Progressive. Outside the box of a classic editorial project. It focuses on telling a story, feelings, sensations and not on clothes that become accessories. The cinematic view is mixed with the fashion one… Fashion is contemporaneity, and today speed, synthesis — and with those, clear intentions — are simply everything. Sometimes even just one shot would be enough to express an entire project. The project is a clear tribute to the second Italian lockdown, our dark times as happened before in the medieval Dark Ages. Fear and silence. A dull confusion engulfed by ignorance and lust. The intent was to take a memory of a historical period that will remain in history; the aim is to warn the viewer, leaving a subtle sense of suspended restlessness. A strong invitation to reason, also a key factor in the period of the Enlightenment.

Why not release the project related to the first lockdown? Why did you put the focus on the second in particular?

The project idea had been ready for some time, but the decisive push came from the different reactions that these government restrictions and subsequent closure of the country had in people. I have always been convinced that I didn’t know Italy was a country capable of such rebellion and impetus. By tradition, we do not have a disposition marked by revolt, as is the case in many other countries. We had suffered the first lockdown and badly accused it [for problems]. But suddenly watching the news on TV from home, seeing that strength and at the same time that desperation and anger in the eyes of my nation and its riots on the streets of many cities made me realise that there could be a new version, a new chapter yet to be written of this story that would not end there. Here is Buio II. Emanuele’s choice was immediate — the TV news was not finished yet and my message had already been sent. He accepted immediately. It could only be him for a similar project.

So what about Emanuele Ferrari? He is a high-level Italian photographer — did you feel any pressure working with him in sharing this project?

A shared idea for a four-handed project is like confessing a secret. You can’t do it if you don’t have respect and trust the other person. Saying that Emanuele is a great photographer is not the most important aspect — his excellent career speaks for itself — but it is correct to say that Emanuele is a photographer who makes me even more passionate about my work and therefore allows me to amplify the results and satisfaction. I admire his enthusiasm, his charisma and his resourcefulness. His authenticity makes everything much easier and creates harmony in the set. When he is at work, I have the feeling of being near an adult with a child’s spirit — full of energy, curiosity, amazement! Once he has taken the camera in his hand, he seems to have the enthusiasm of someone who is approaching something that excites him for the first time, the same passion. I am sure that this is the key to professional longevity in our industry; the secret to always staying alive, always present. The secret of the winners. Emanuele is like that, and I can only thank him by learning from his attitude, his commitment, his experience. 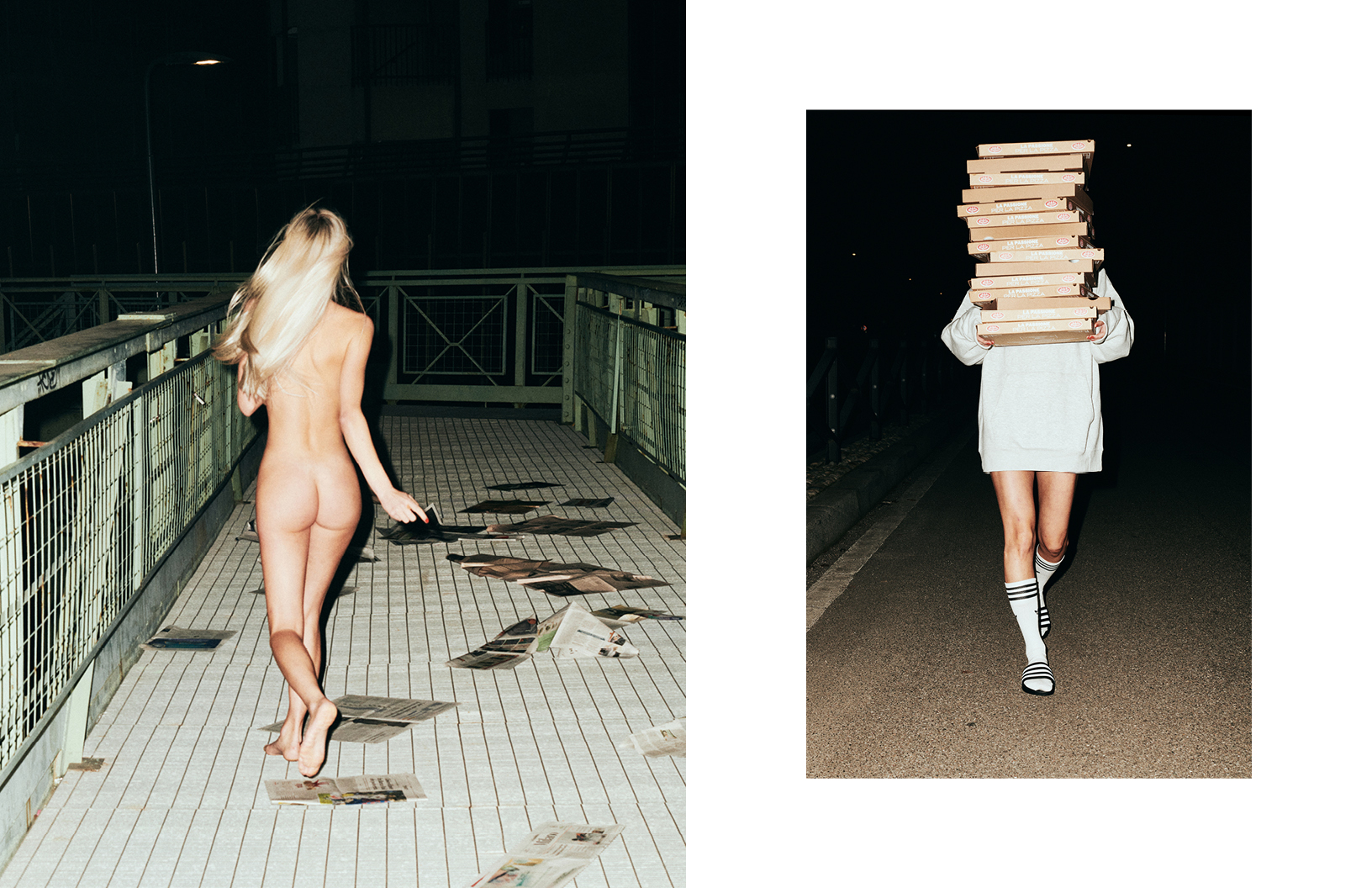 The female nude shot represents a breaking point and a point of no return for the entire project. There is psychic anguish, almost fear. What does it represent, and how was the idea born?

The nude is something ancient, I would say almost primitive and therefore undoubtedly brings with it an ancestral anguish. Here it is amplified by a particular context, a real fear, that of illness, of forced distance. The idea was therefore born to give shape to all this, so the nude is the manifestation of a dissent. It interprets a protest, even a criticism of often distorted information, which feeds fears rather than trying to dissolve them. More than psychic discomfort, what transpires is real anguish.

A project that is logical, brief, incisive, attractive and at the same time full of social denunciation and aggression. How is it possible to reconcile the grace of aesthetics with the impetus and need for communication?

Exactly as in these images, where the semantics are in the image itself. When there is an urgency to communicate something effectively, there is no need to exaggerate to amplify the message. It is important to crystallise two moments that become effective interpreters of one’s urgency. And that’s what we did with this Buio II project.

This project documents a social condition, recalling great, similar projects of the past, e.g. Franca Sozzani’s “Water & Oil“ in Vogue Italy, 2010 — a shocking nod to oil spills in the Gulf of Mexico. Today, how important it is to tell a story, to expose oneself, to take risks and to have coarseness in expressing yourself?

Telling a story is always important. It becomes an essential requirement when there is an urgent need not only to tell it, but to have it be heard or seen by the whole world. Sometimes in order to be heard, gestures or sensational protests must be made; one must not be afraid of getting one’s hands dirty and using images that are apparently out of context to be heard.

In this project you worked together with the very young “ADV” Niccolò Lapo Latini. Is this your first time working together? And, as Niccolò is only 22, how do you view the emerging, exciting generations in the Fashion Business and their approach to our world?

It is not the first time that I have worked with Niccolò, and I find him brilliant — very focused for his young age. He has beautiful ideas, full of thickness and has an excellent educational background. This comes out in the complexity of his projects — full of meaning that can be read at different levels. I am sure [his work] will make its way intelligently in the fashion world. Among the new generation, I see an interesting and creative mind, someone who stands out from the crowd, who has original ideas and ways of interpreting the fashion system. This could be the lifeblood of this world, which is often self-referential. Niccolò is one of the most interesting personalities to keep an eye on. He has a solidity of thought and an overall vision of his projects that make him simply unique. 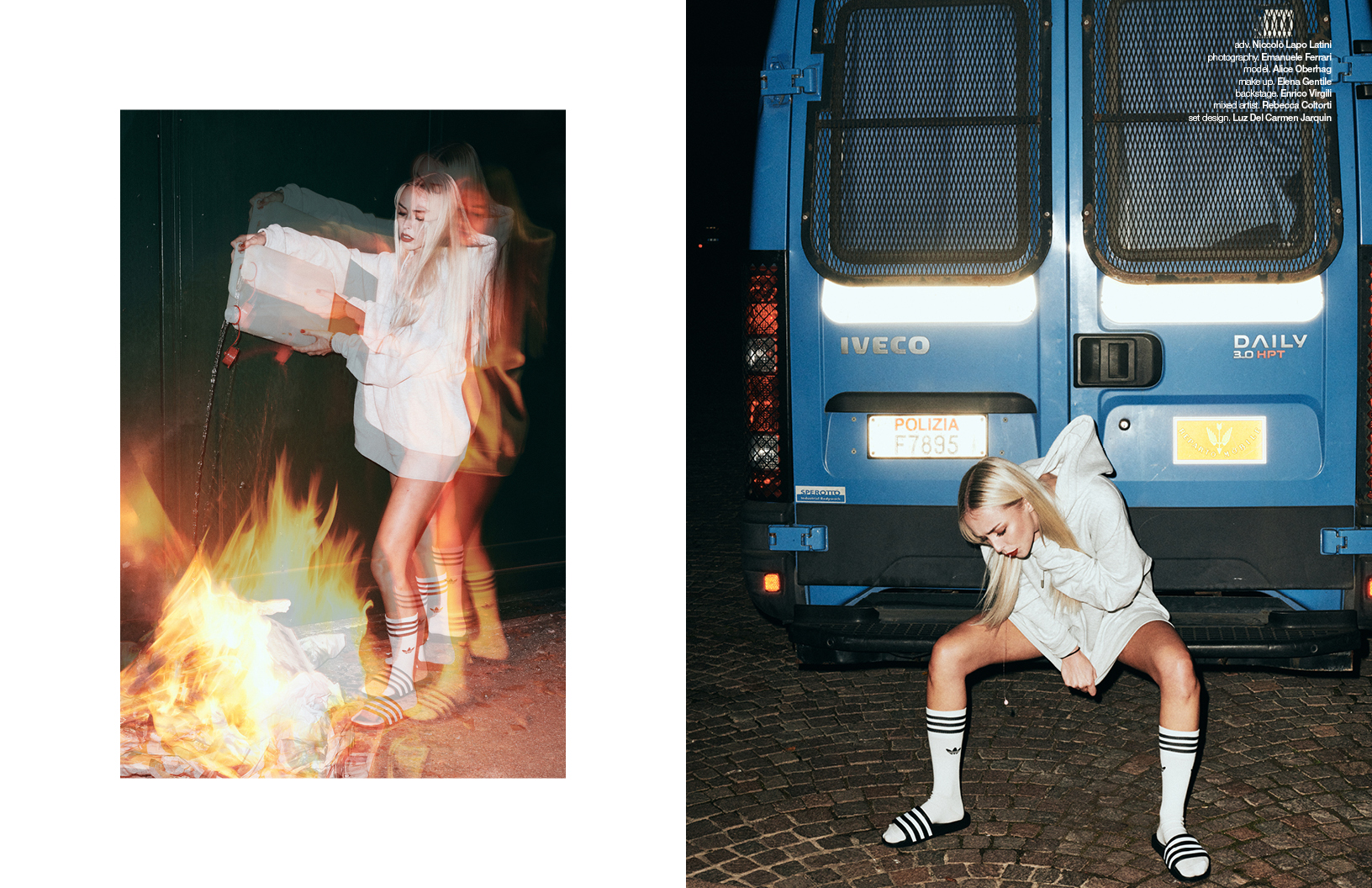