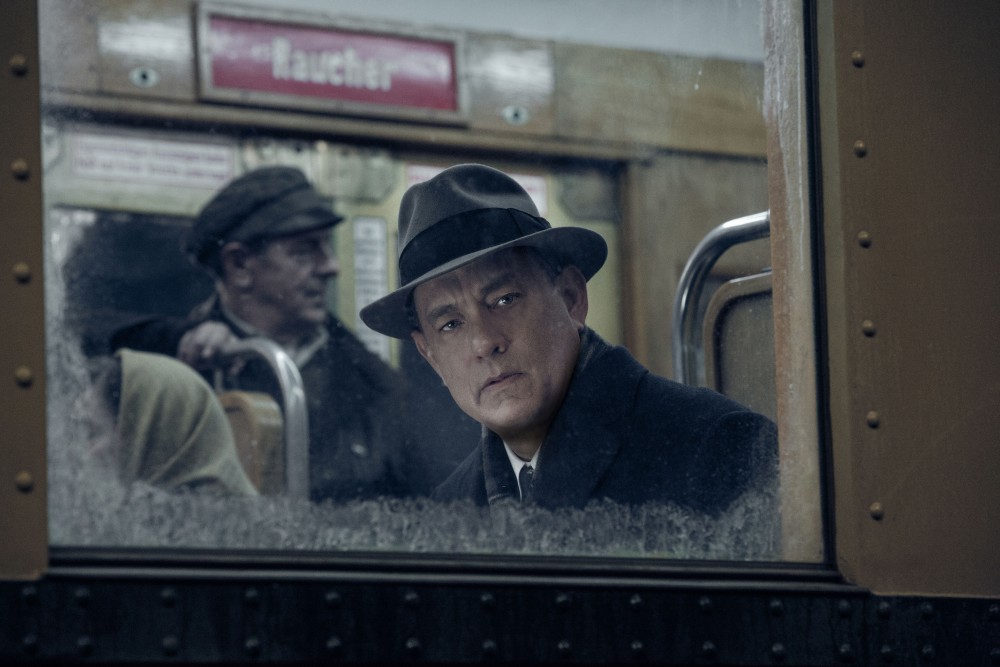 Set during the Cold War, Bridge of Spies is part courtroom drama, part espionage thriller. Inspired by real events, it follows an extraordinary story that was somehow overlooked for decades, until writer Matt Charman and director Steven Spielberg stepped in.

When the FBI captures Soviet spy Rudolf Abel (Mark Rylance) in New York, he refuses to defect or drop his cover and is therefore detained awaiting trial. This is a time when anti-Communist propaganda and sensationalist media coverage breeds widespread fear and loathing across America, so defending a Russian agent is never going to make one popular, but somebody’s got to do it…

Cue insurance claims lawyer James Donovan (Tom Hanks). He’s expected to run through the motions in what is effectively to be a show trial, but the Feds haven’t counted on his strong conviction that “everyone deserves a defence… every person matters’. Against all odds, Donovan convinces the judge to waive the death penalty. After all, wouldn’t Abel be of use if a hostage exchange situation came up in the future? 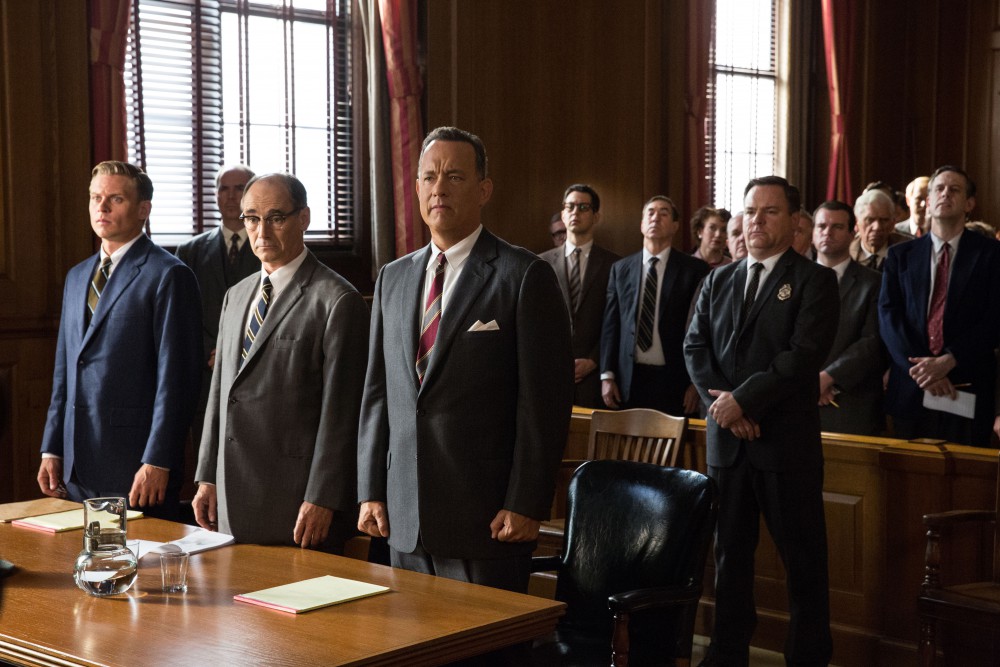 Fast forward a few years, and young American pilot Francis Gary Powers is shot down by the Soviets during a reconnaissance operation. It seems the only way for America to ensure that Powers doesn’t spill the beans is to swap him for Abel, but how to do so without admitting that he is a spy? The FBI decides that Donovan is their man, sending him to a dangerous and chaotic Berlin to negotiate with both the Russians and East Germans, but yet again, underestimates the unshakable principles of the lawyer. Once Donovan discovers an American student has been detained in East Berlin (a situation the FBI is not too fussed about), he is determined not to leave either man behind.

Bridge of Spies is not about car chases or sinister men lurking in dark corners: it offers something less glamorous, but certainly more realistic. “It wasn’t just shadows and light and spies in a stereotypical way,” explains Spielberg, “but spies as people that we wouldn’t even think twice about, we wouldn’t even notice them to begin with, let alone figure out that they’re here to do a mission against our national security.” 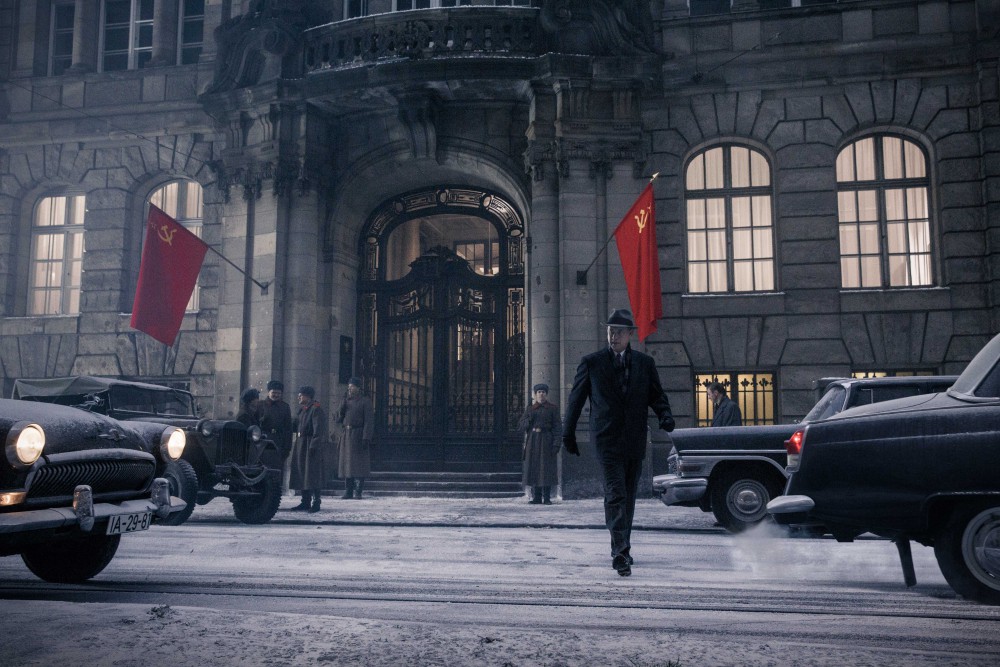 The Cohen Brothers’ input adds an edge to the script. “They really instilled a sense of irony and a little bit of absurd humour,” continues Spielberg, “not absurd in the sense that movies can take license and be absurd, but that real life is absurd.” This, one imagines, as we watch Donovan – full of flu, coat stolen by a street gang, and literally left out in the cold – navigate his way around red tape and red herrings is how things really happened.

Hanks’ strength here is to covey the complexities of his character who, as well as being a man of conviction, is capable of tackling these absurdities with a sense of humour. You can’t help but root for him. He’s an unsung hero in the vein of To Kill a Mockingbird’s Atticus Finch, a family man who risks all to ensure justice prevails.

The real highlight of the film though, is Rylance, an actor who was best known for his stage performances, until he mesmerised us as Thomas Cromwell in Wolf Hall earlier this year. He clearly has a knack for playing men of few words. We never really learn a great deal about Abel, but Rylance’s nuanced performance gives him depth and leaves us in no doubt of the mutual respect and affection that builds between him and Donovan, and the touching relationship which is at the heart of this story.

Bridge of Spies is in UK cinemas on 26th November.