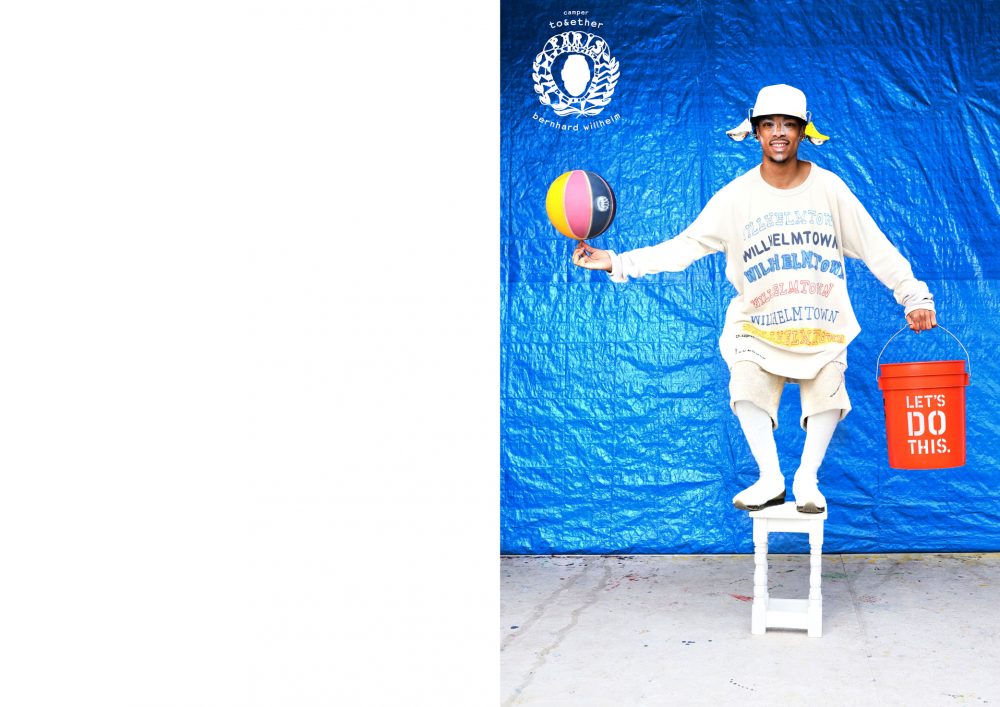 “To develop good products it takes time to be timeless,’” asserts German fashion designer Bernhard Willhelm. To celebrate the 10th anniversary of the Willhelm and Camper‘s trademark Himalayan shoe, the Spanish footwear company teams up with the eccentric designer for their A/W 2019 CamperLab Exclusives collection to challenge the boundaries of footwear once again. Drawing on from the duo’s already established Himalayan silhouette, their latest collaborative series seeks to innovate the design even further, making the shoes “unisex, recognisable and pretty forward” — per Willhelm himself.

In similar ways to his previous fashion collections, this collaborative collection is reflective of Willhelm’s incredibly evocative, unique and eclectic artistic direction. As he dives into the interrelation of fashion and art, he observes that “image-making has become so important. It’s an art form itself and also explains itself, always new.” For the BW x Camper collaboration, the designer has carefully curated a selection of his garments and accessories to accompany the new Himalayan shoes, making it the first time that clothes are offered through CamperLab. 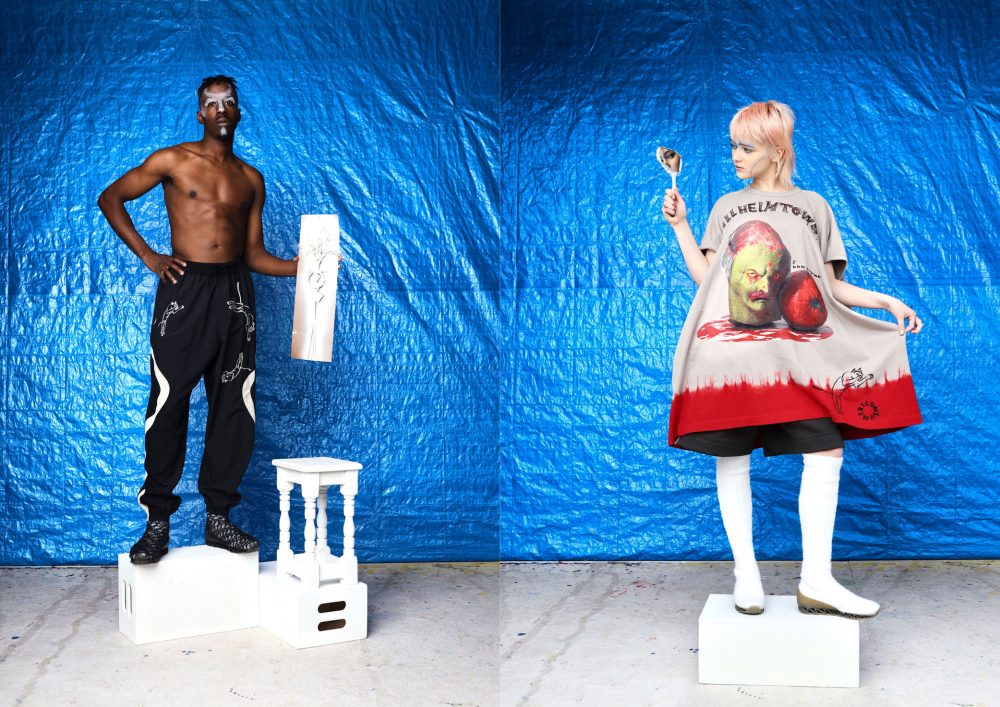 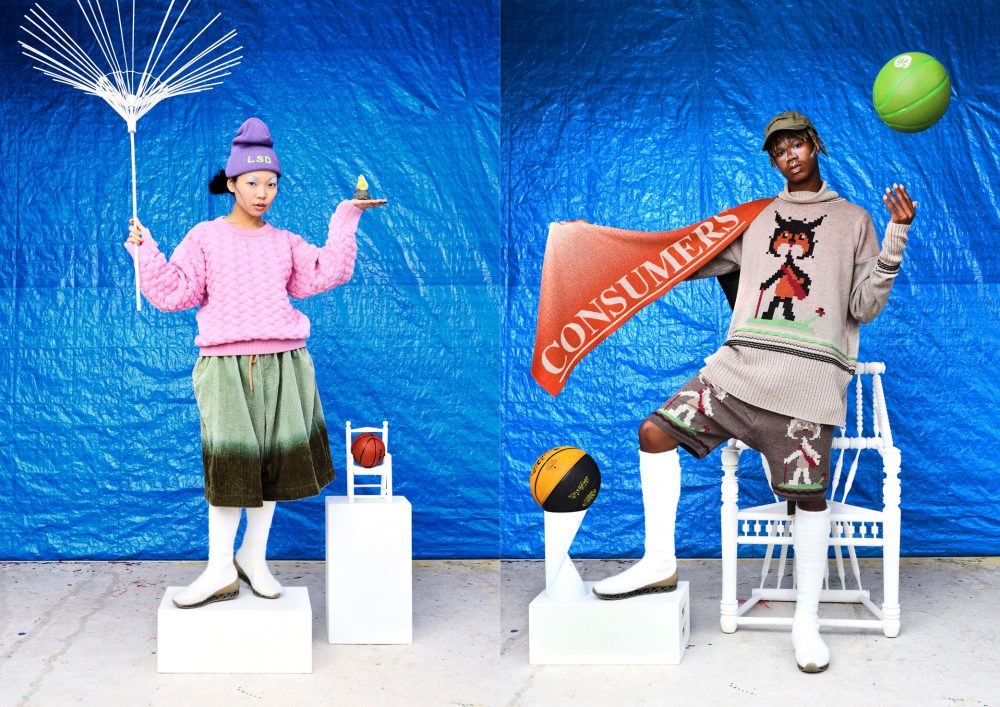 Upholding agender garments and stressing their significance within the fashion industry, he offers two sneaker boots with a black-and-white chequered weave and a high black boot. He also presents a special, all-white, high boot exclusively just for women. In total, from October 16, the collaboration brings to light three options for men and four for women — which will be available at CamperLab’s three locations in Paris, London and NYC, as well as online at camper.com and designated retailers worldwide.

In his newest design, for instance, he ingeniously draws inspiration from the shape of football socks and Japanese textiles. The designer reveals that the “knitted sock uppers include Velcro sandals with woven bands based on hand-knitted Japanese Obi belts.” These, he explains, incorporated “new, knit technologies, such as furry ‘goat’ and fish skin structures, grading dyes and dip dye.” He also plays with geometric shapes to reminisce and make even more recognisable the Himalayan’s signature, zig-zag outsole. 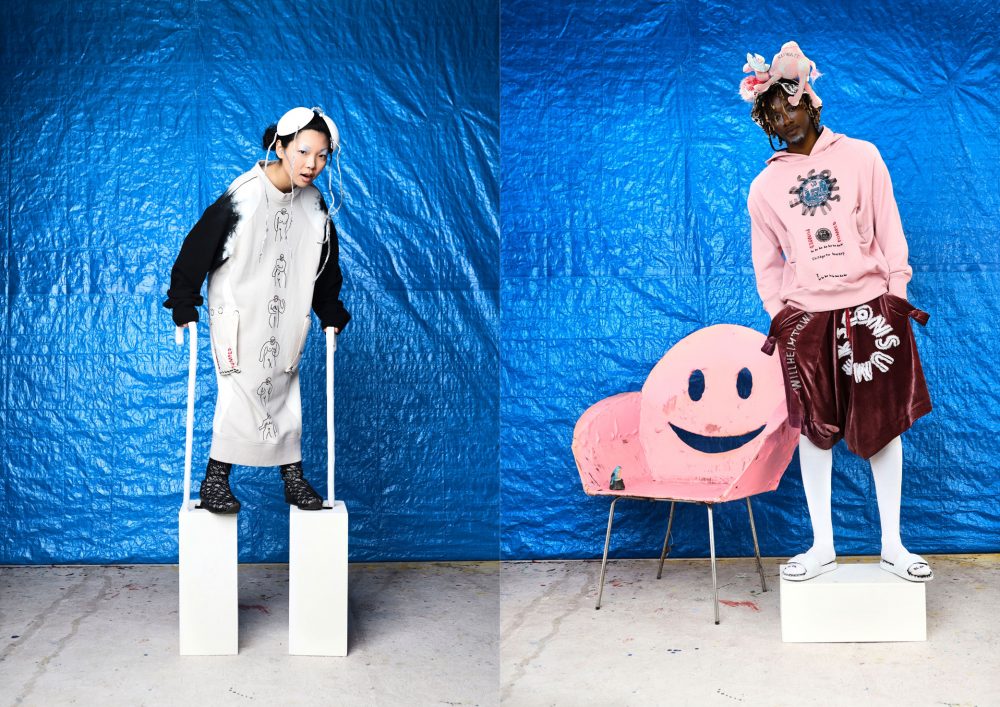 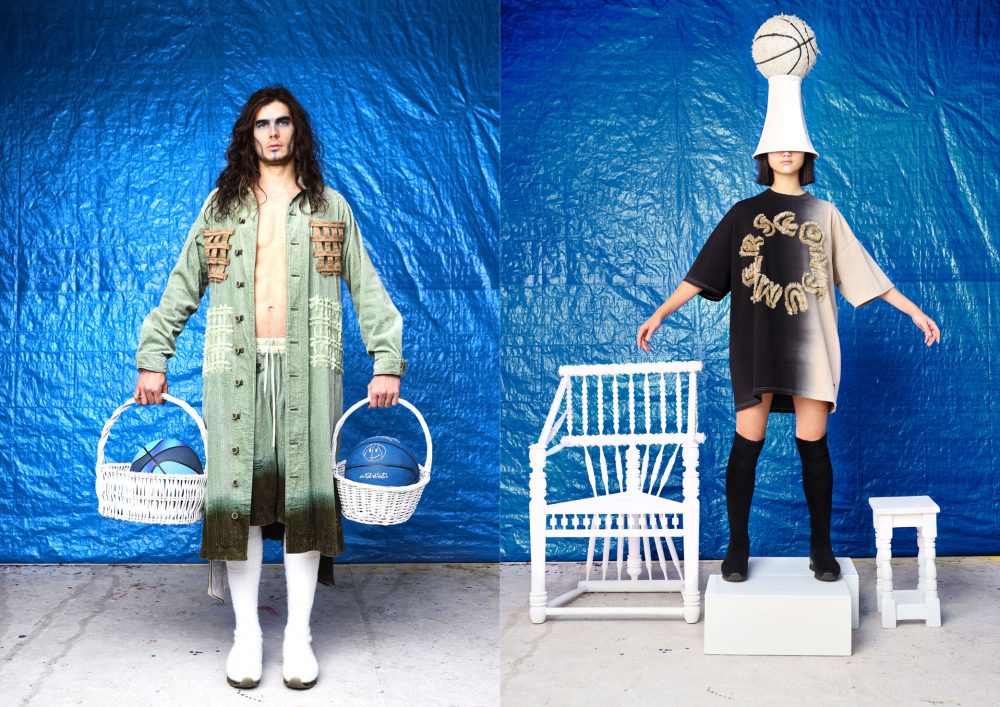 In contrast to their first shoe design, which had a much more chunkier appearance with their tubular, rope laces and multi-material composite, the new design possesses a more refined silhouette, with a memory foam that provides additional comfort and longevity. “We created a BW x Camper classic — the Himalayan trainer with the wave sole — which all the new designs are based on [a while back,]” proclaims the avant-garde fashion designer as he proceeds to reveal the new sartorial technique behind the lightweight quality of the shoes. “We used a new sole construction, with less material on the inside and a much more lighter and stable composite.”

Now, as Willhelm prepares his new installation in New York’s CamperLab Store, he contemplates the importance of his collaboration in the fashion industry. He draws our attention on and invites us to appreciate various, provocative aspects of the A/W 2019 CamperLab Exclusives collection. “There’s a relaxed attitude, a spiritual attitude, an interesting shape and a playfulness in graphics and colours [as well as] colour interaction,” he claims. Needless to say, these elements, alongside the new shoes’ ground-breaking composition, add a fresh, compelling, and conceptual edginess to the footwear industry. 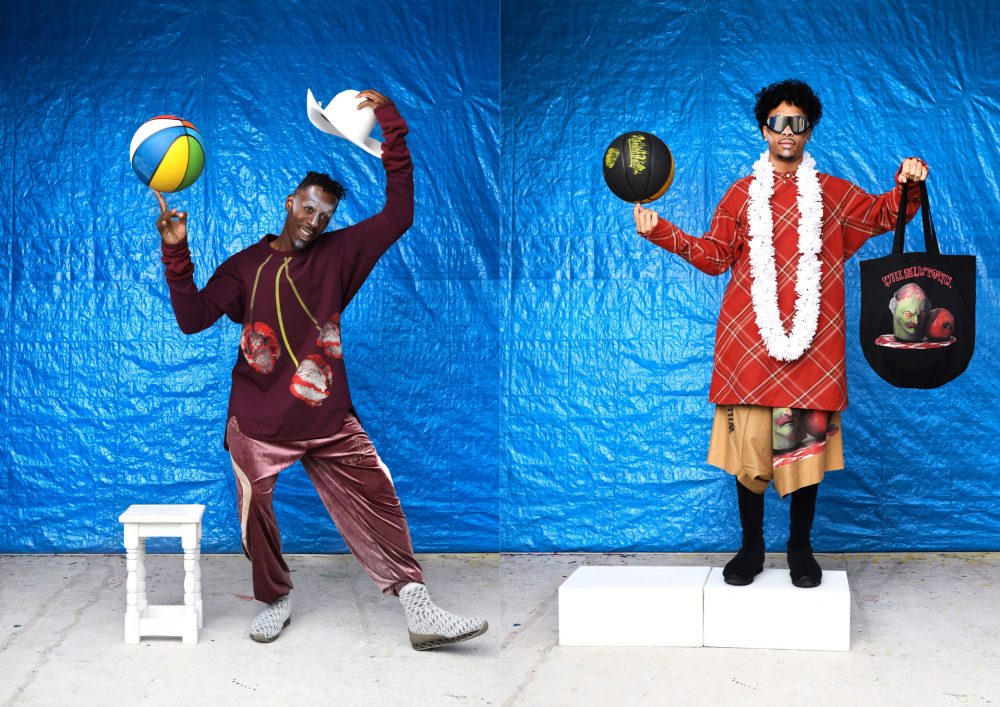 Discover the pieces from Camper x Bernhard Willhelm’s new collection in the gallery below. 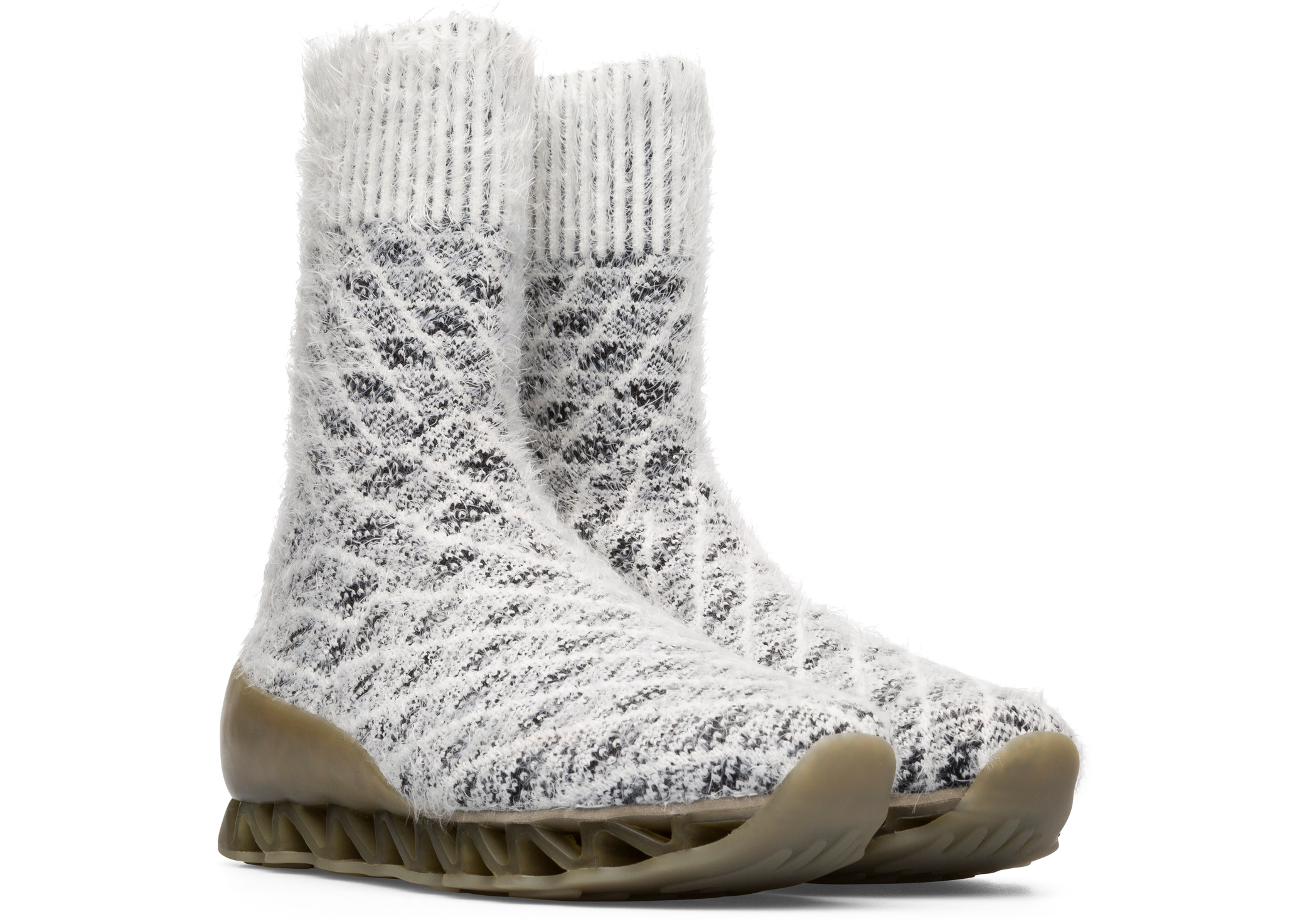 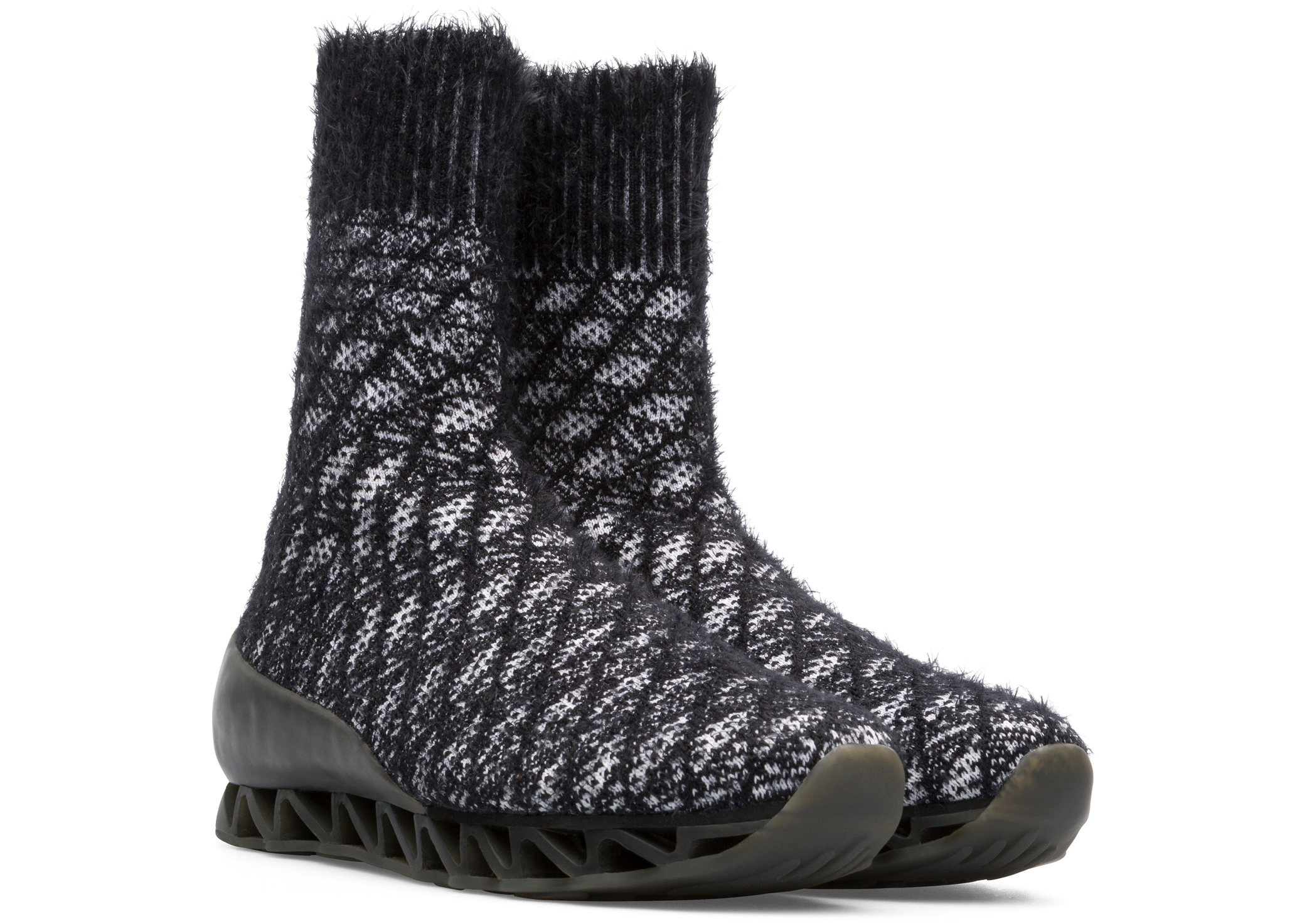 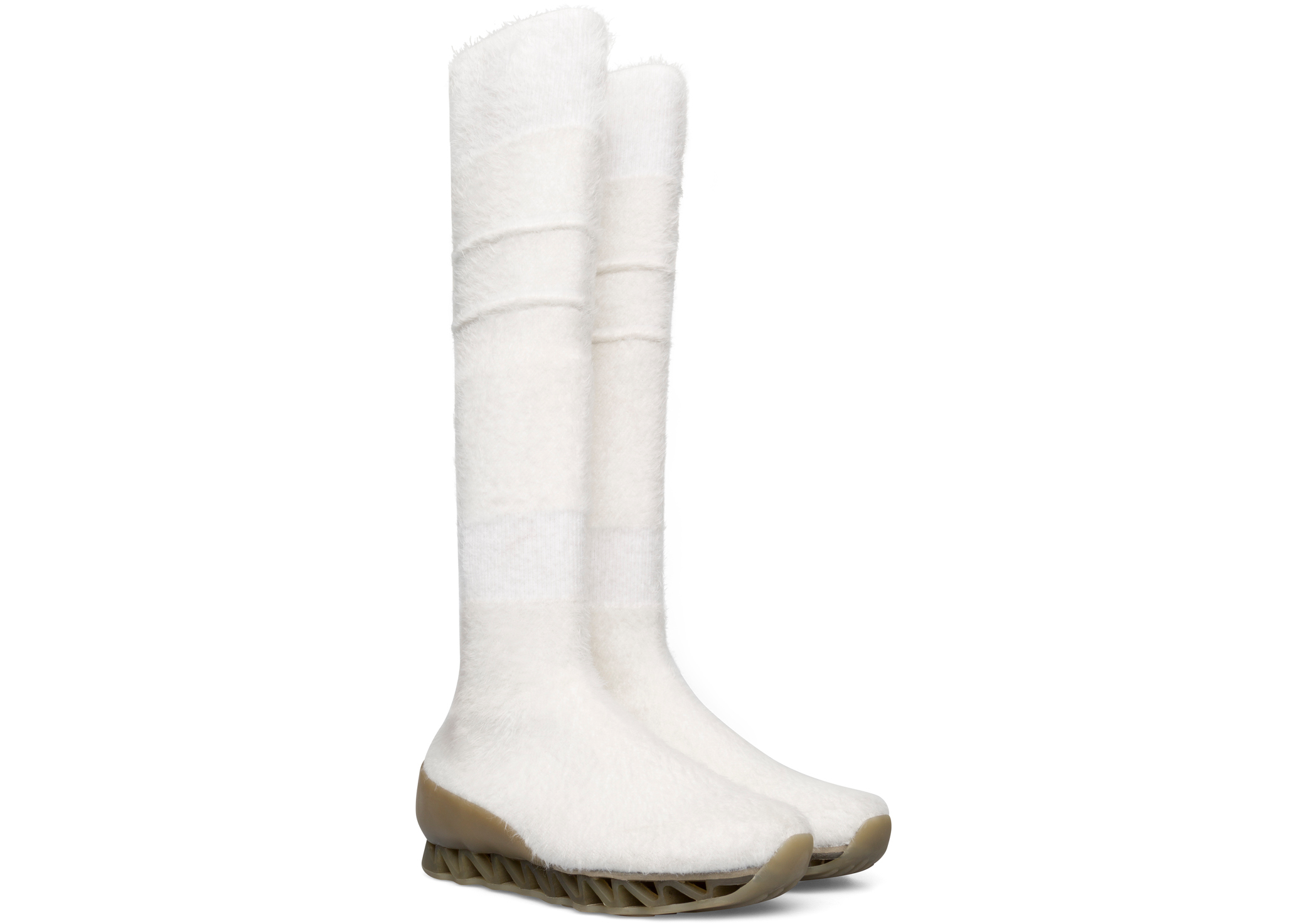 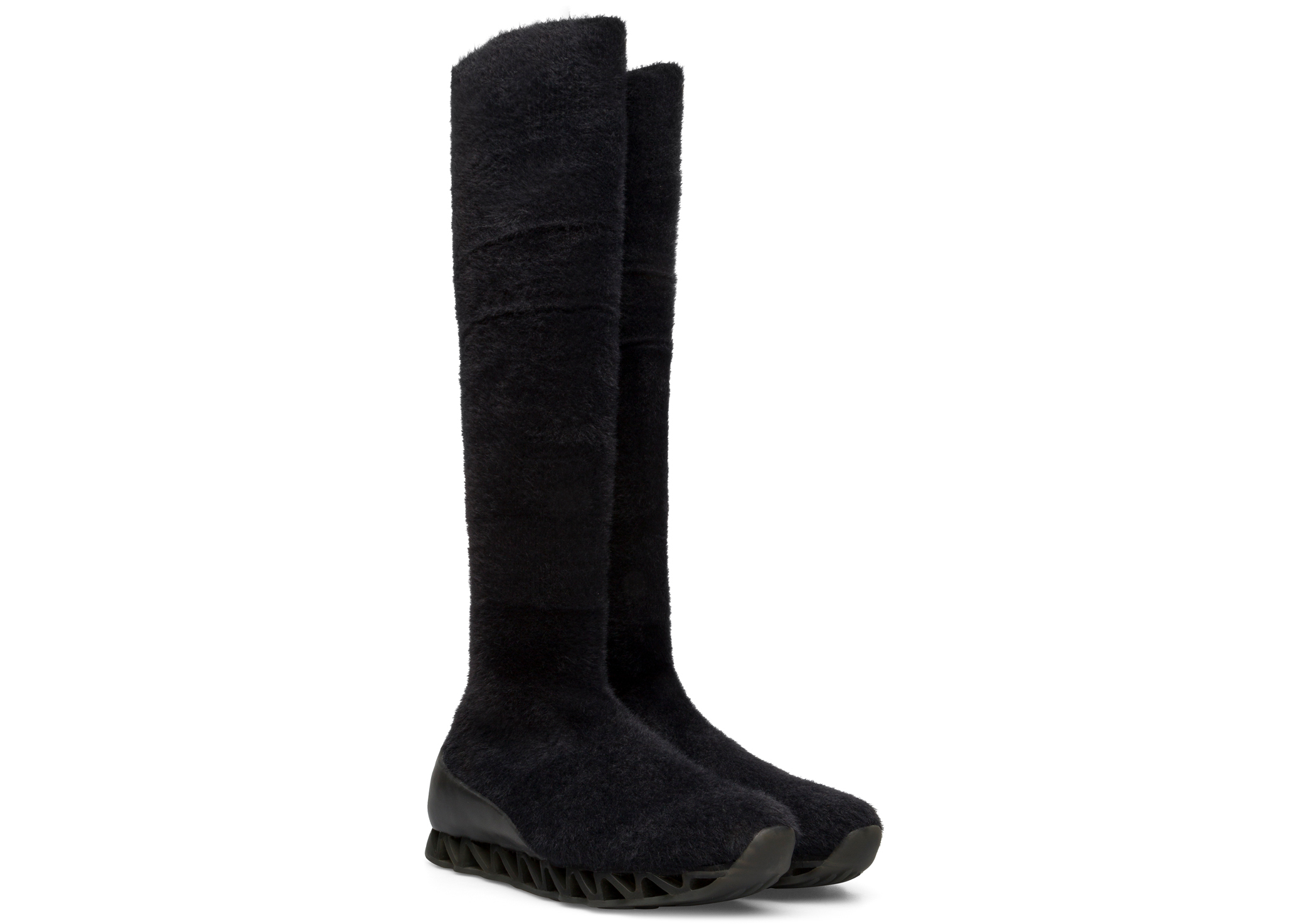 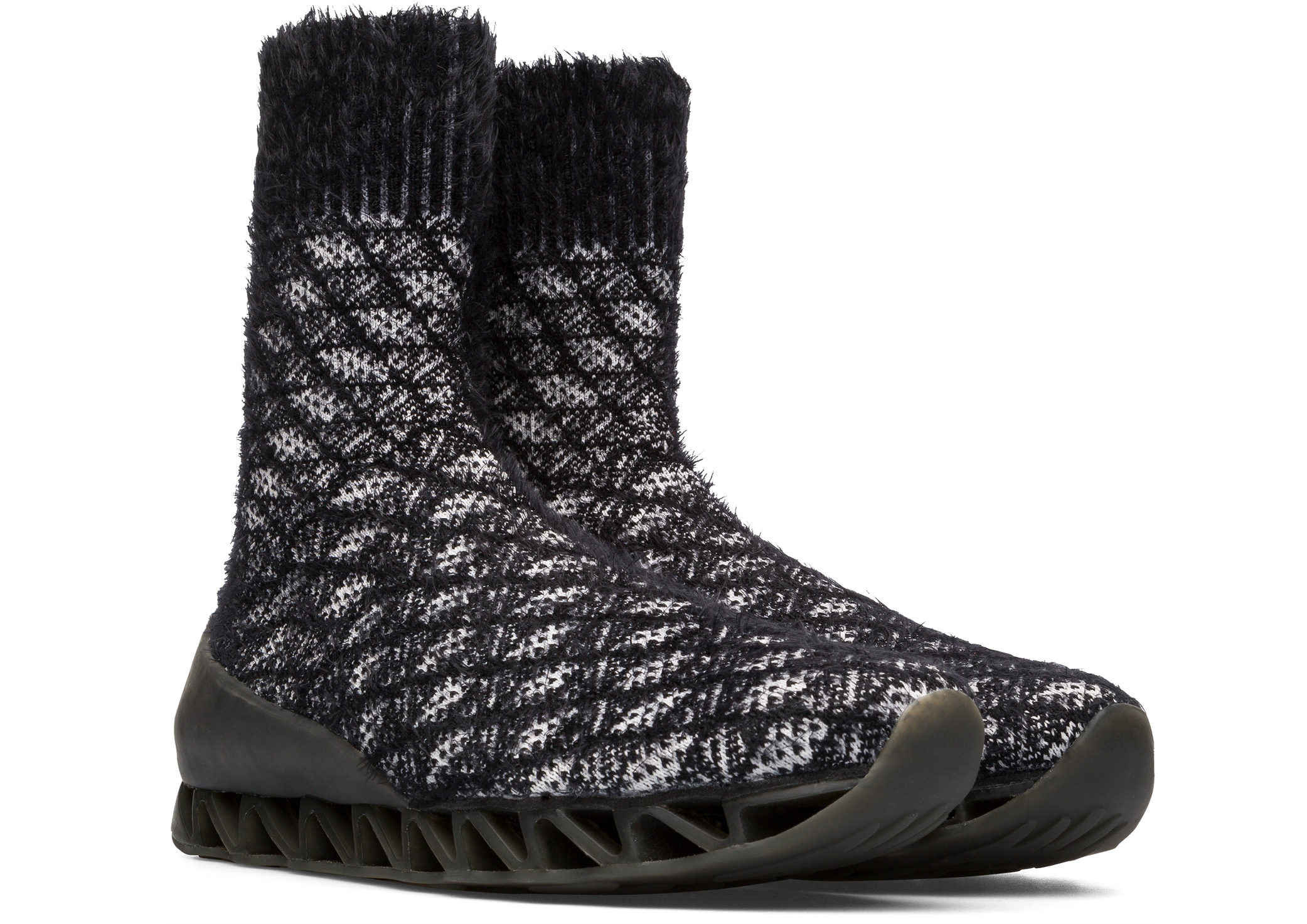 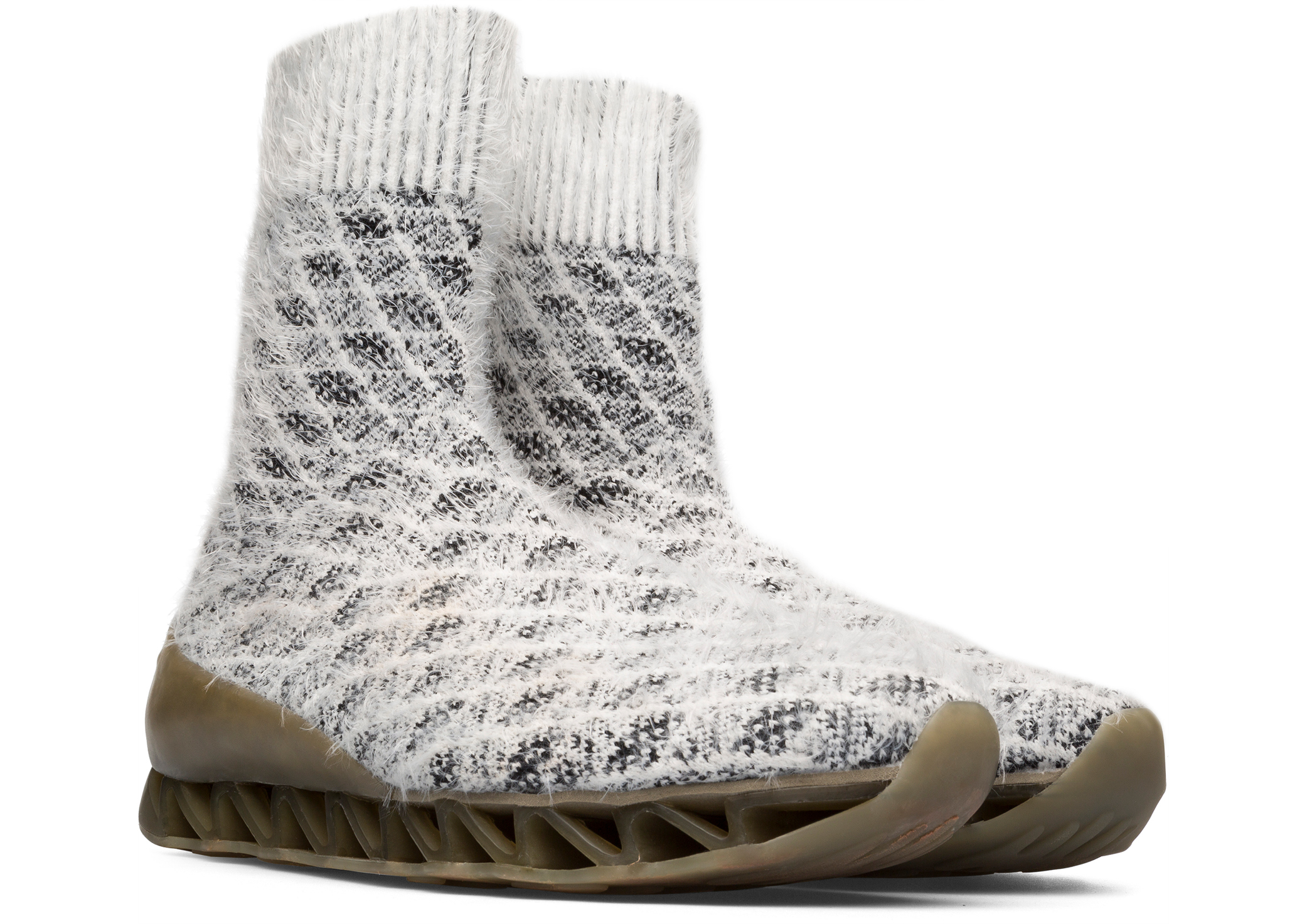 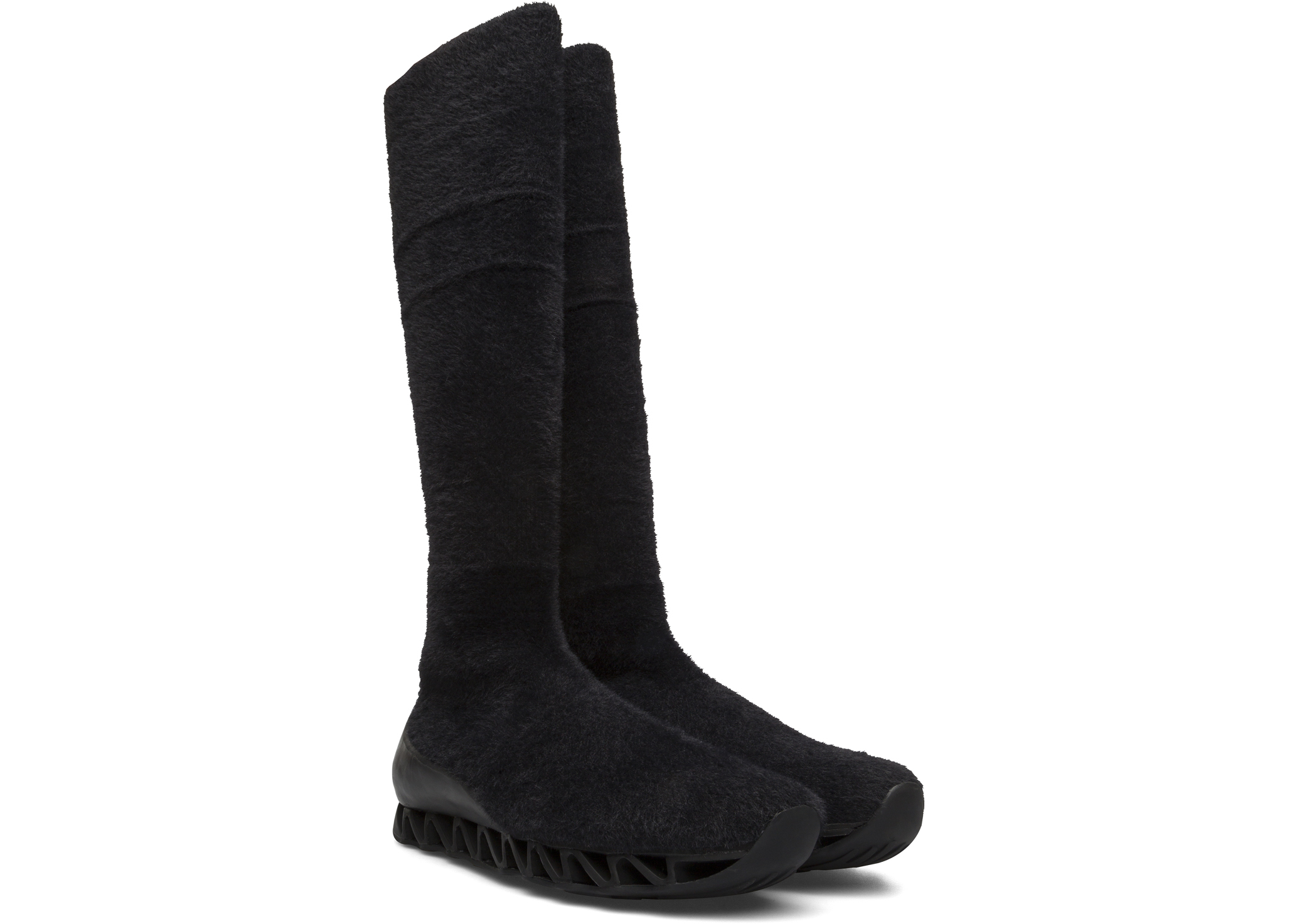 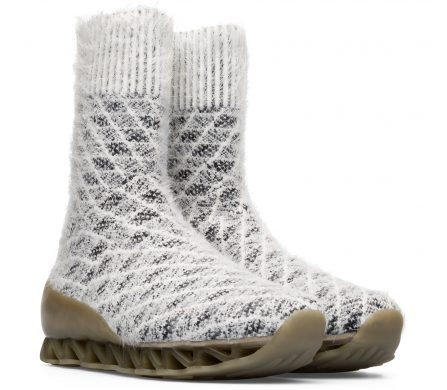 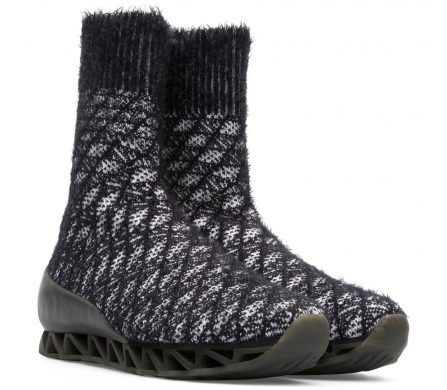 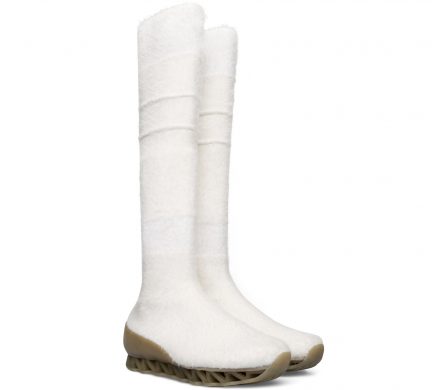 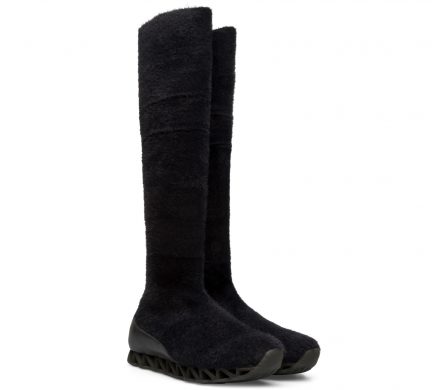 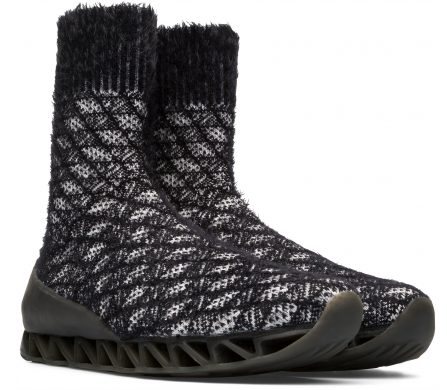 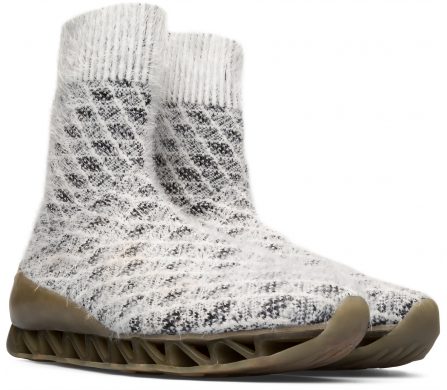 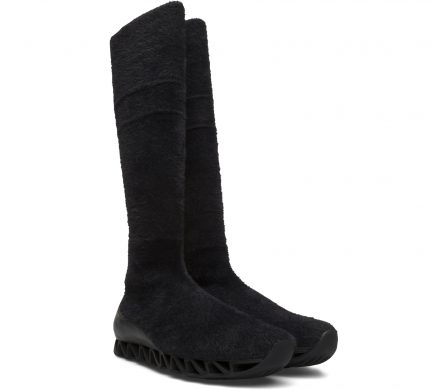