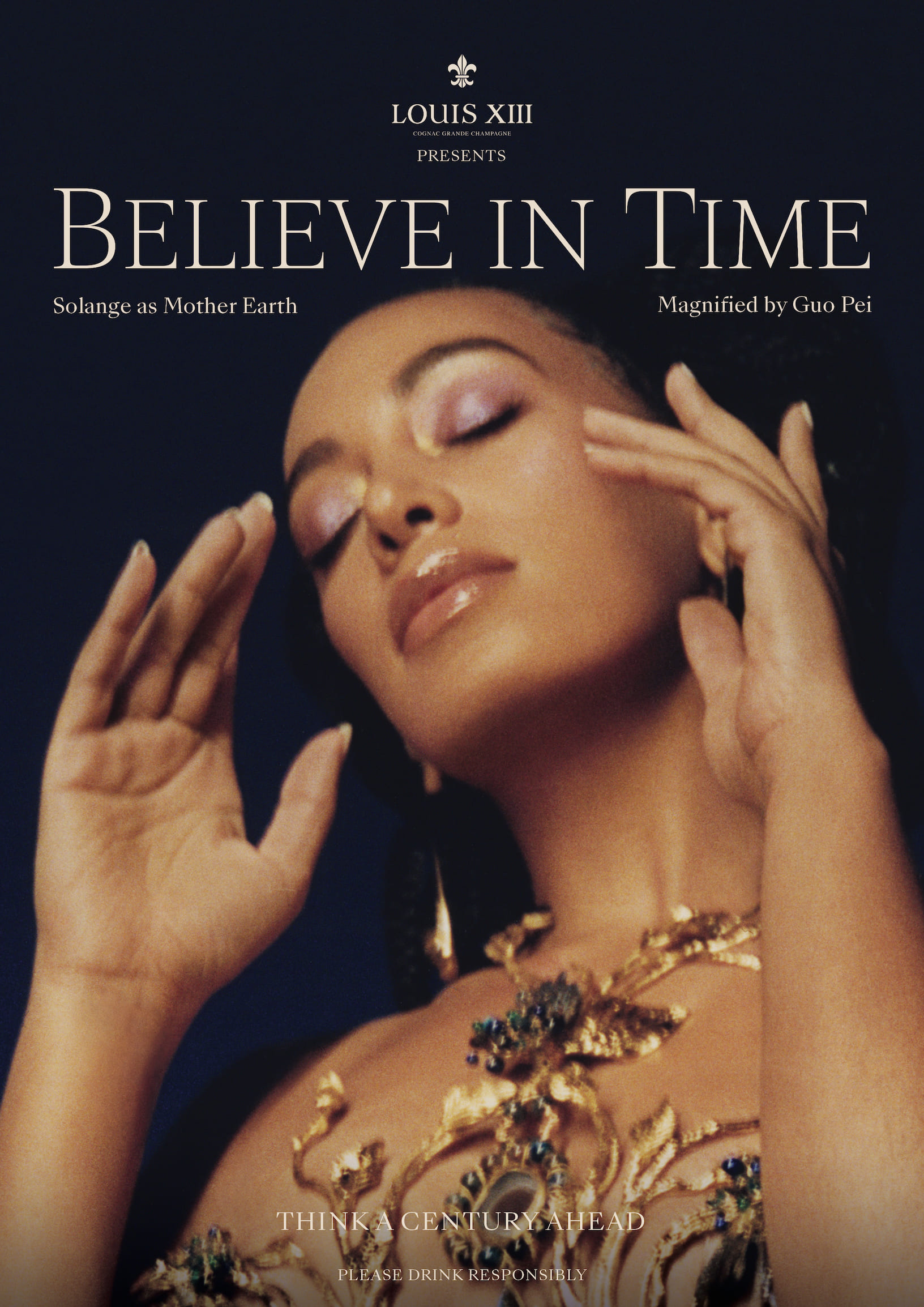 “Time and space are really at the foundation of my expressions,” Solange explains of the piece. “I’m a strong believer that the space and time surrounding our work is just as important as the work itself, and world making has been a part of my practice for quite some time now. These ideas align with what is being expressed with LOUIS XIII’s creation, Believe in Time.”

To craft this piece, Solange worked alongside esteemed designer Guo Pei to create a fashion artwork entitled Mother Earth. The spirit of the project is embodied by Mother Earth, which is sourced from precious fabrics, rocks and metals and took more than two years to create. The piece was crafted with Chinese ancestral techniques for the embroideries, which Pei says was essential for the process.

“I aim to create heirlooms to be handed down from one generation to the next,” Pei details. “With posterity in mind, I picture my creations as eternal, and precious objects that will connect our present with the future.” 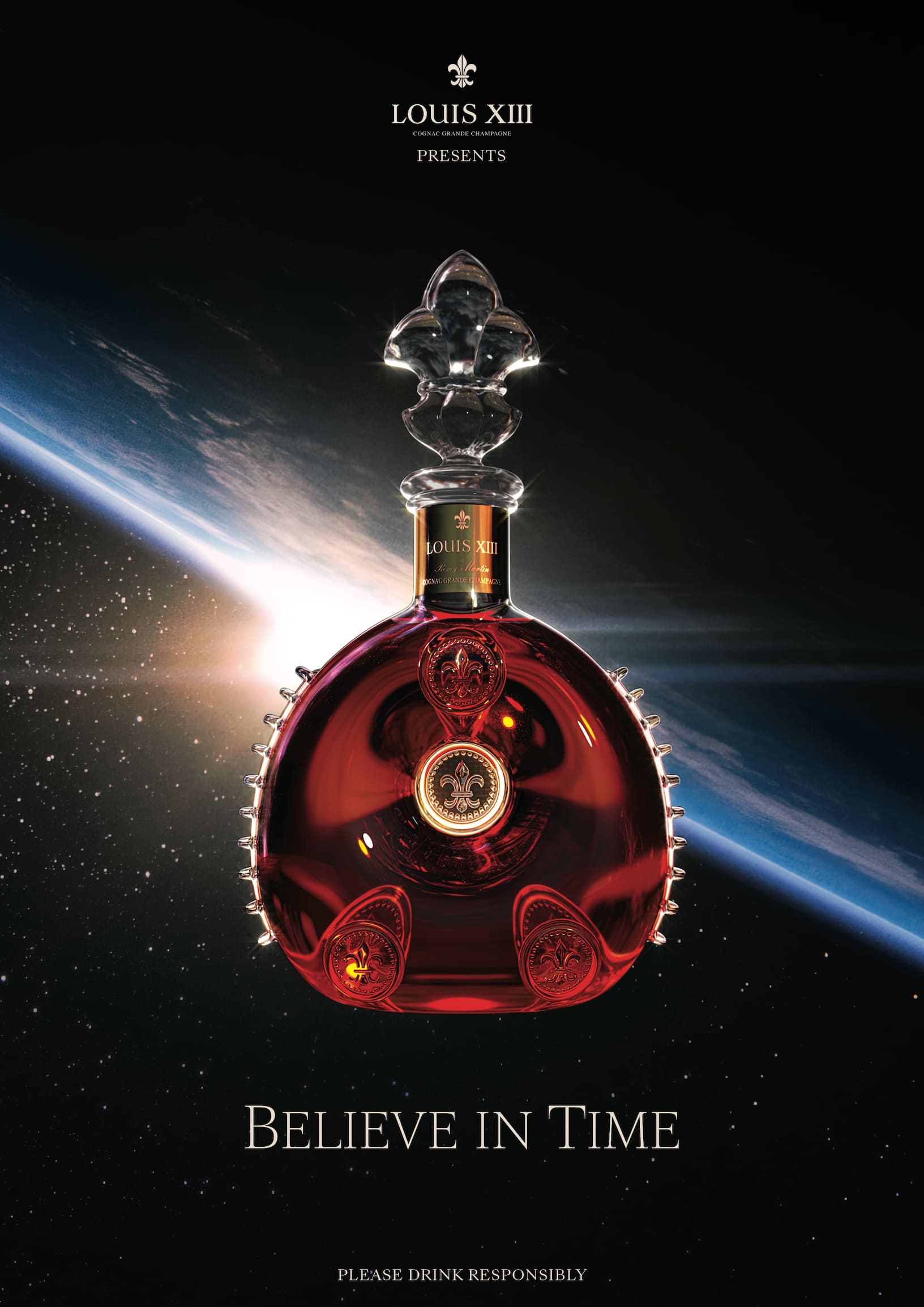 “I’ve been a huge fan of Mati Diop’s ‘Atlantics’, and Guo Pei’s incredible craftsmanship, and jumped at the conversations to collaborate with them,” Solange stated. “Being able to bring all of these facets together by composing an original musical score really brought this project to life.”

Mother Earth is another addition to Pei’s long line of timeless works. As she explains, that timelessness is part of what draws her to design in the way that she does.

“I love Haute Couture, because it represents a moment in people’s lives — not like ready-to-wear, which prevails simply and [can] be forgotten quickly,” Pei notes. “I hope my works could be a showpiece in a museum, a piece of treasure, a masterpiece, and could be inherited from generation to generation. The real Haute Couture is eternal and long-tested. Many years later, the works will hold their strength through time. By that time, they could be a representation of the lost glories and residual splendours, which could reinterpret my happiness and niceness.” 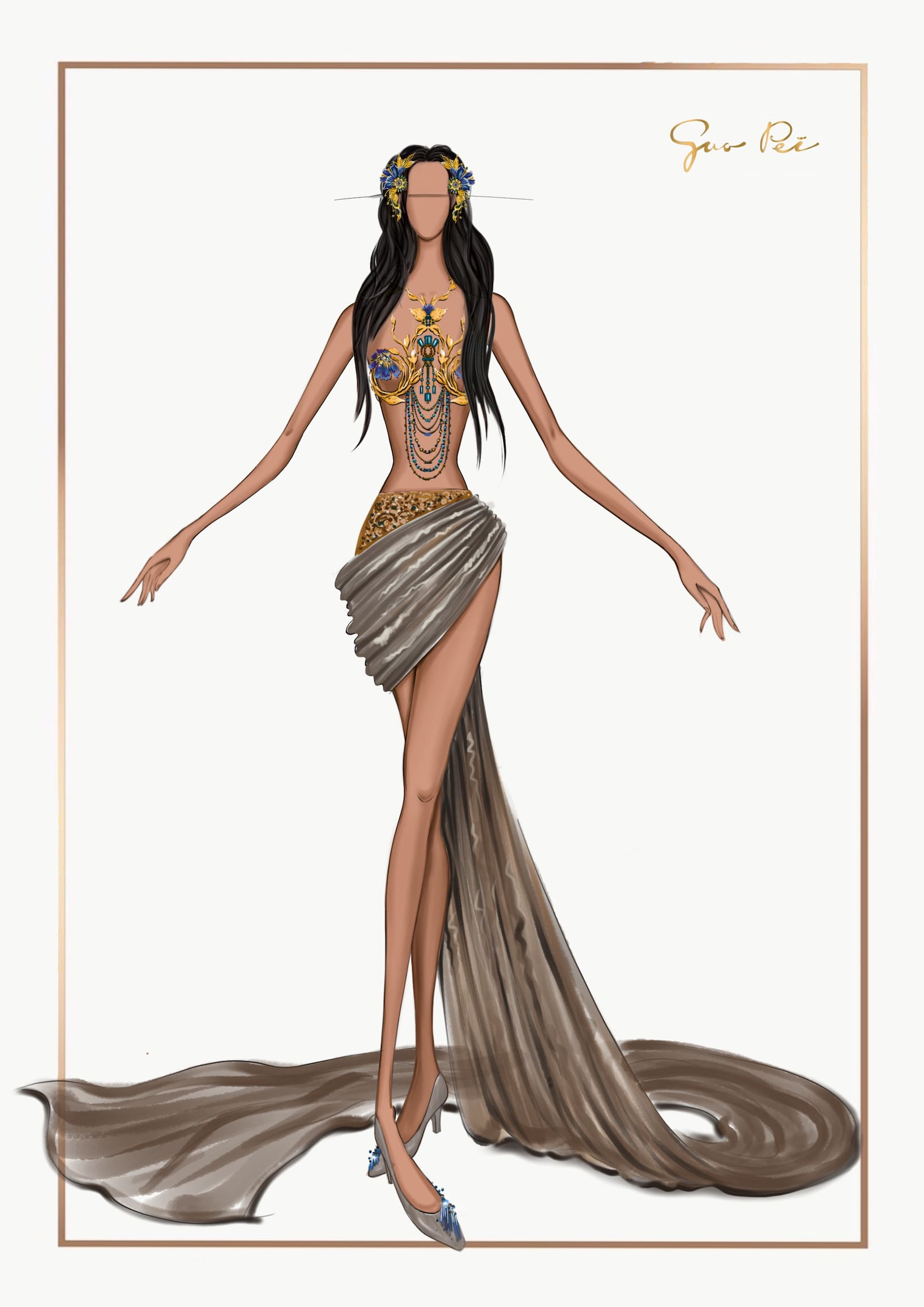 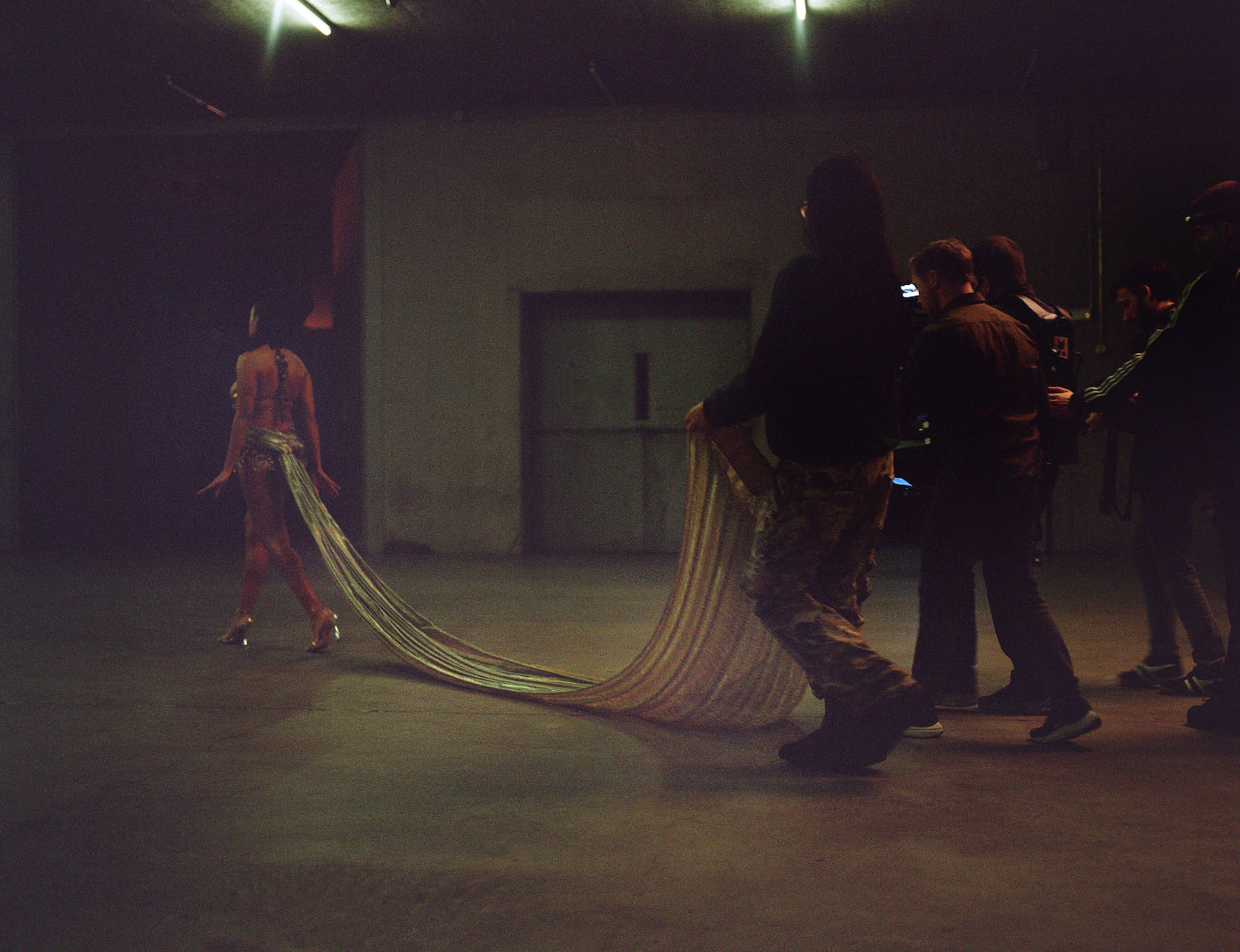 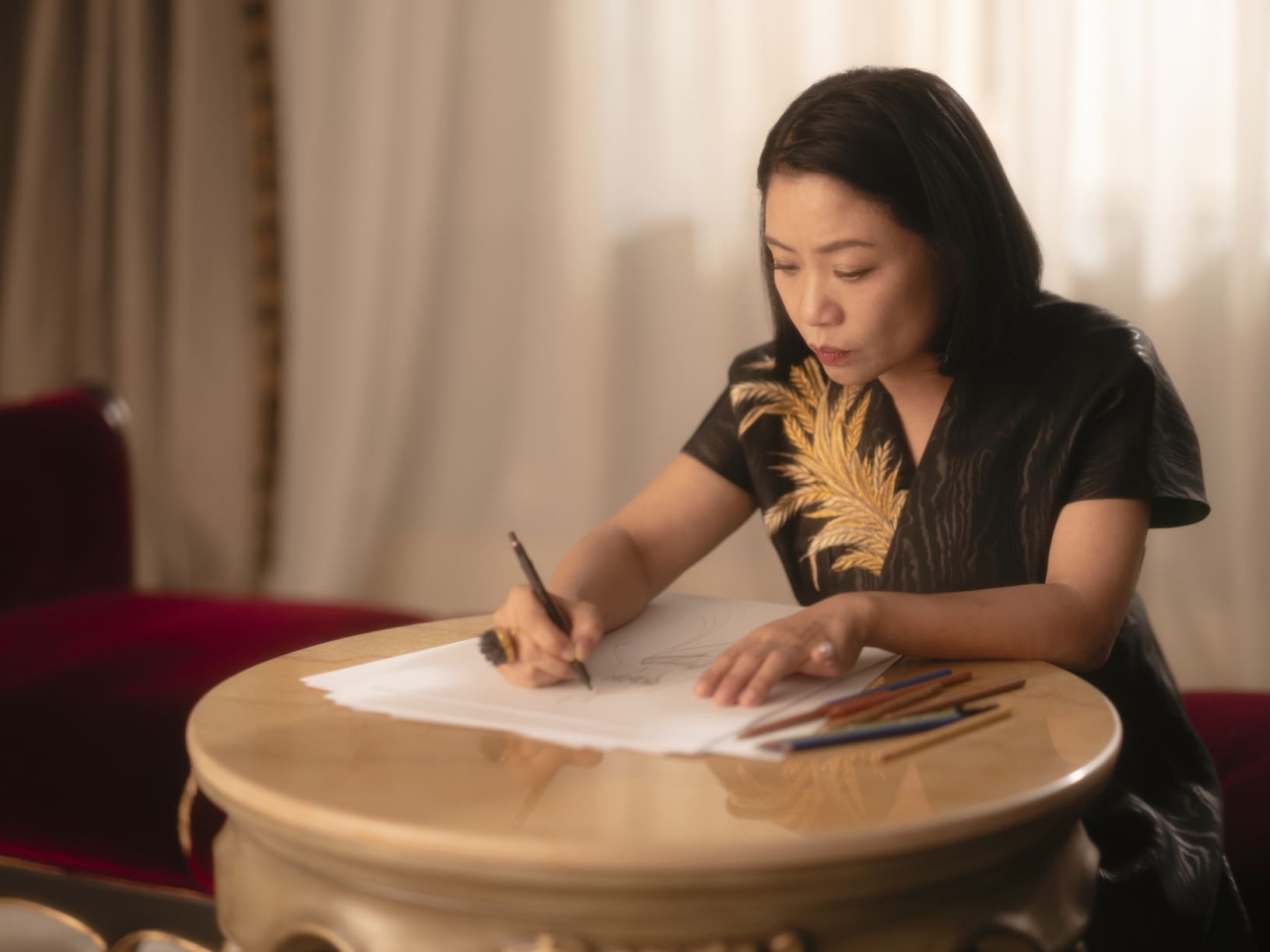 This appeal to time is a passion Solange shares.

“The question of time is always in my container of consciousness while creating,” she details. “In most of my own work, whether it be music, film, or sculpture, I try to give thought on how future generations will discover it; and so, to be aligned on these ideas gave me great interest in the type of projects LOUIS XIII has been creating.”

The film itself was imagined and developed by award winning creative agency FRED & FARID Los Angeles, using Solange’s beautiful music and sound design to guide its journey. Tracks build in real time, which instruments added layer by layer to form an overwhelming and sonically brilliant texture that captures the essence of earth itself, all emphasised by Pei’s design.

This care represents LOUIS XIII cognac itself — full of craftsmanship, quality, and unending beauty. Experience the film for yourself, and explore the whole campaign on the LOUIS XIII website. 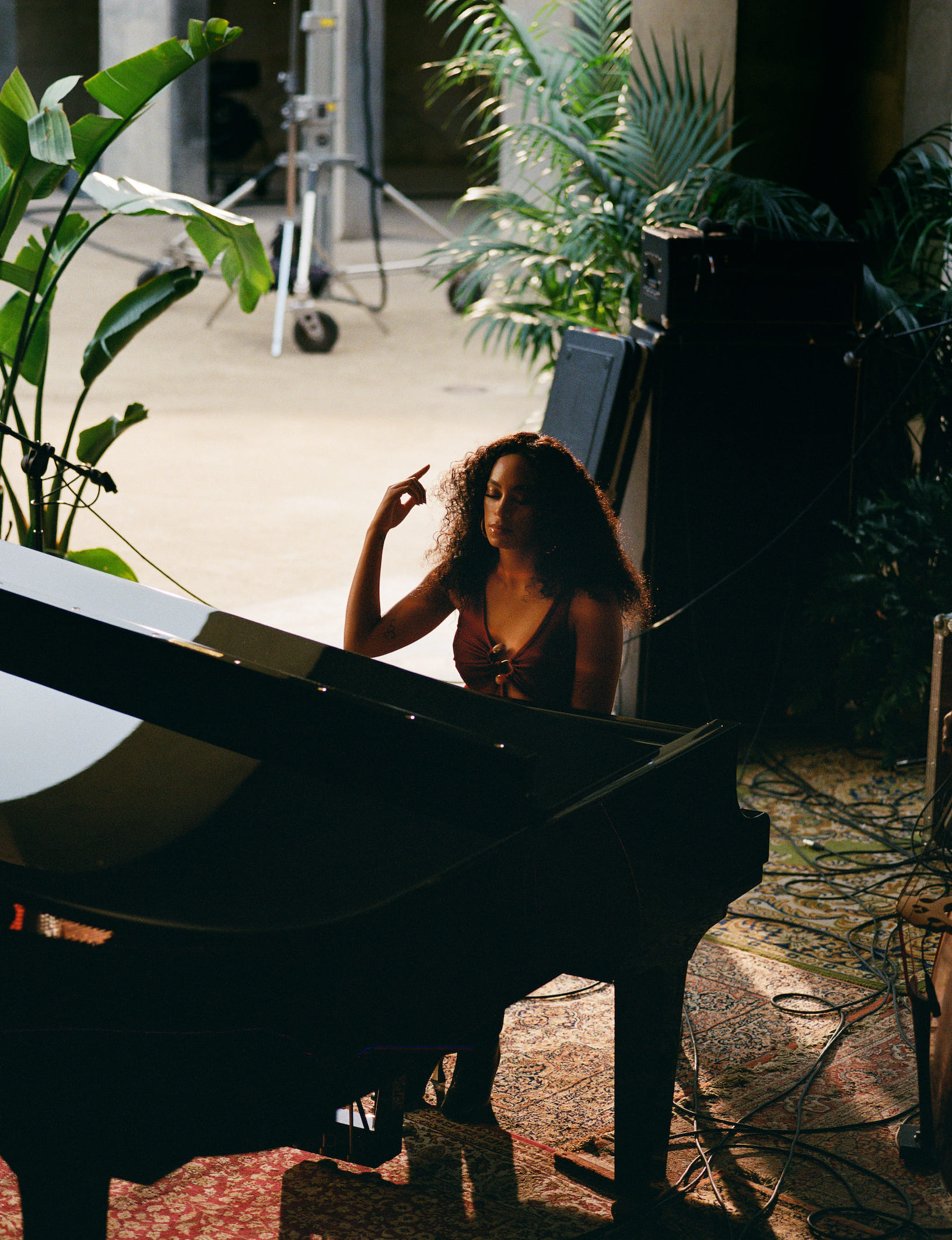 Discover more from LOUIS XIII and Believe in Time on the brand’s website.