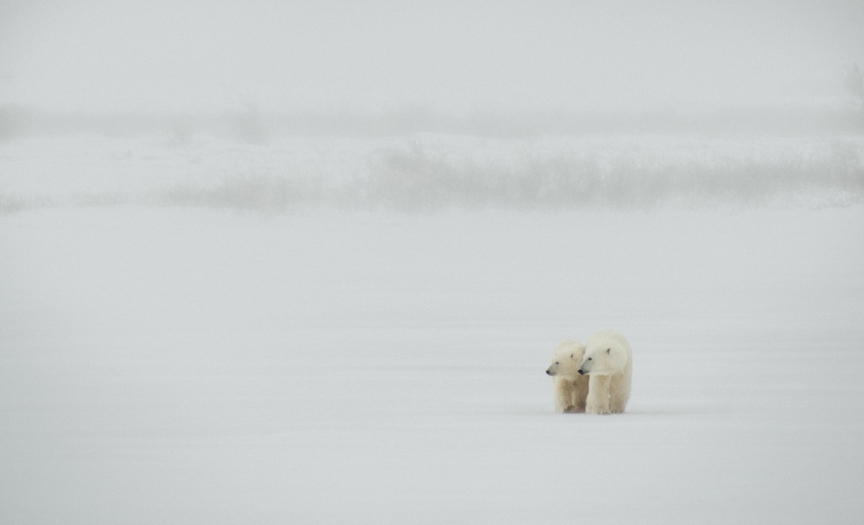 As climate marches draw millions to the streets of cities around the world, one thing is clear: concern for our globe is at an all-time high. A new film made in collaboration with Canada Goose and Polar Bears International shows how climate change is affecting the Earth — and what we can do about it.

The film is called Bare Existence, documenting a journey into the arctic with conservation group Polar Bears International to explore the declining habitat of polar bears and the many consequences therein. Canada Goose was a partner in the project, continuing over a decade of support for PBI’s efforts in the arctic and beyond. Canada Goose’s support is real; the label has contributed over four million dollars to PBI to date.

Bare Existence captures the arctic experience in beautiful, if occasionally heart-wrenching, detail. Joining Chief Scientist Steven Amstrup, director Max Lowe tells a loving story of the polar bear and its impact on a small community. By following Amstrup along with other people connected to PBI, including a local seventeen-year-old intern named Jurnee Bignell-Blair, Lowe’s film is an impassioned plea for immediate climate change action: we must move, and we must do it quickly. 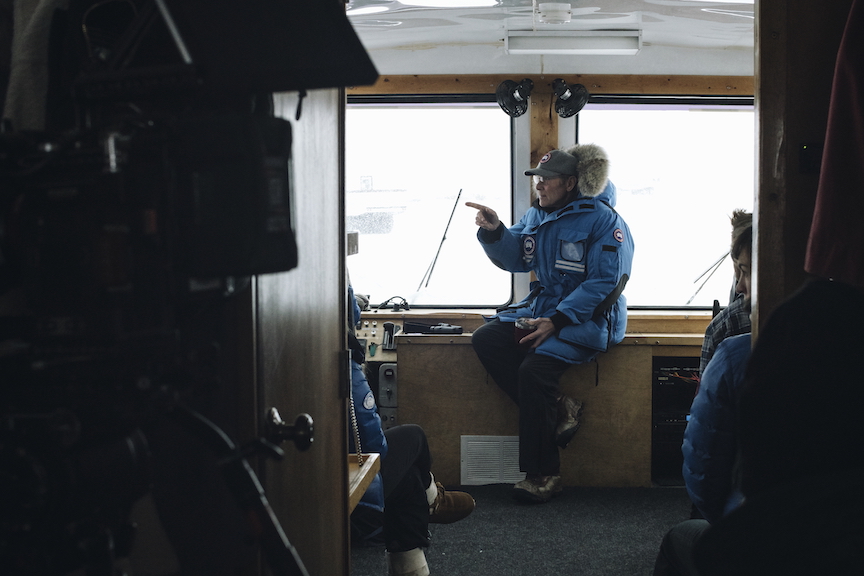 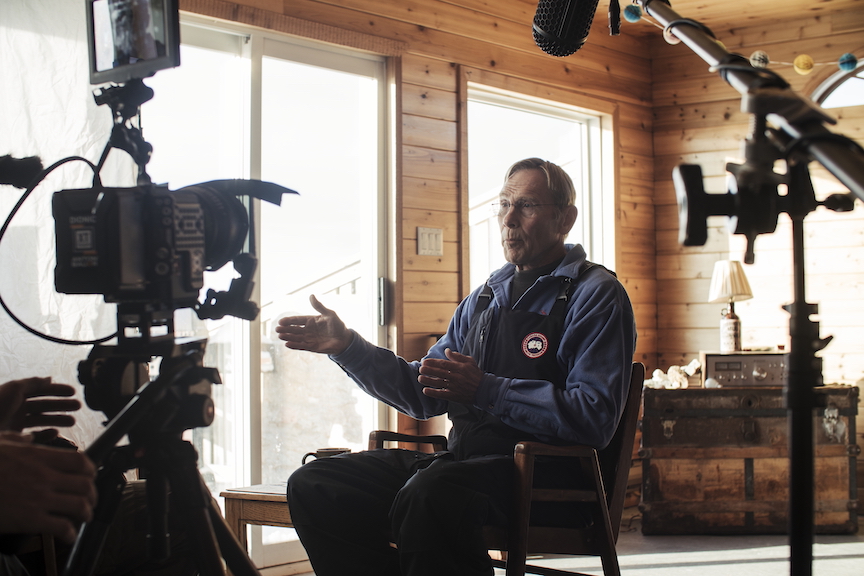 It’s difficult to watch the film without having at least some emotional reaction. While many conversations around environmental issues and climate science can feel abstract, Bare Existence grounds these concerns in their real world effects. The audience can see thinning polar bears, bears venturing into places they’ve rarely been seen before in search of food and the behavioural changes that are now becoming commonplace in polar bear country.

“A lot of scientific films are like, these are the facts, care about them. But that’s not how you engage people with a story,” Lowe explains. Lowe lives in Bozeman, Montana, one of two bases of operation for PBI. After learning about the project and hearing the impact polar bears have on the community in Churchill, he knew he had a story. “Polar bears are a staple of the whole community… Not very many people have the chance to go up and see what it’s like there firsthand.”

The footage he captured is stunning. Matching barren winter landscapes with the unexpected coziness and homeyness of arctic life, Lowe is able to accurately detail the everyday goings-on of Churchill — and, more importantly, how climate change threatens that. In one of the film’s most striking scenes, a bear is seen eating another bear’s cub for food, an act uncommon for polar bears with adequate food supplies. Watching it is troubling, with the contrasted red blood on the polar bear’s white fur sticking in the memory for days following a viewing. 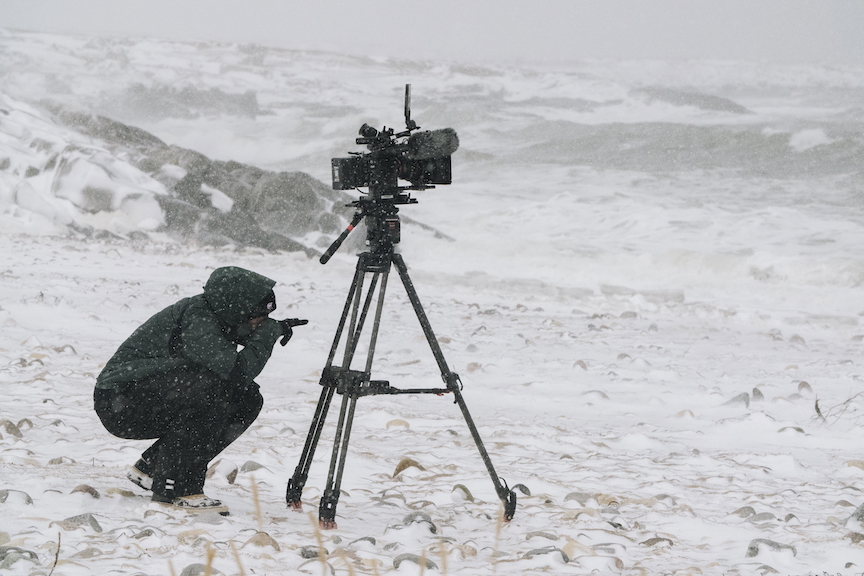 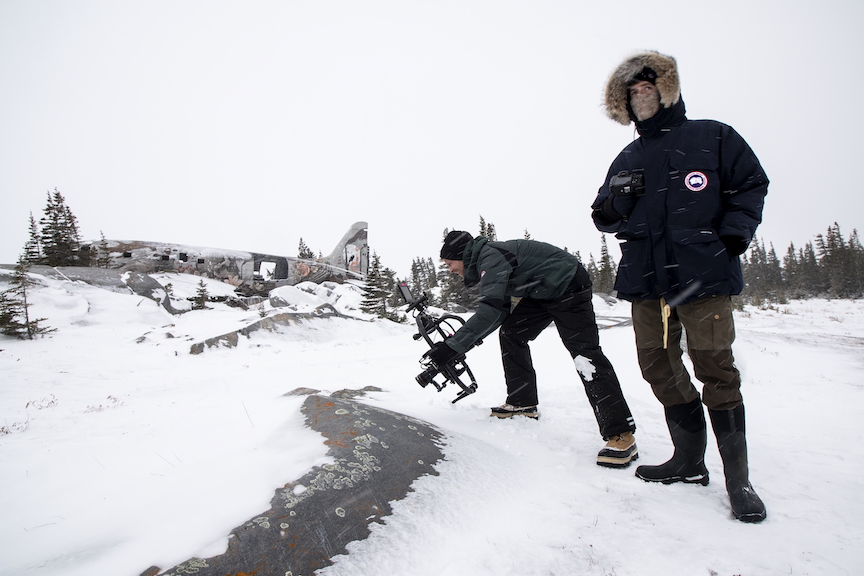 “The biggest hurdle is communicating with audiences who don’t want to hear it,” notes Amstrup with concern. Seeing the real-world impact of climate change can cause many to despair, which, as Amstrup stresses, is not the correct course of action. “Along with these challenges, like with all challenges, is opportunity… The more people we have getting informed, whether they watch this movie or go to our website, the more people who are knowledgeable and then go out and have informed conversations, the greater our chances of success.”

A crucial part of this information campaign involves bringing people from outside the environmental activism world into the conversation. PBI and Canada Goose recently announced a partnership with Kate Upton, which Amstrup says will open doors to more people who might be unfamiliar with the issue and its many consequences.

“I know nothing about celebrities. We don’t even have a TV!” Amstrup laughs. “But it’s important to reach those people, the people who follow the celebrities, the models and the actors. Canada Goose is for sure a part of that, and now Kate Upton is as well.”

Personal responsibility is part of the answer, says Amstrup, but it’s not the entire solution. “There are things you can do: drive less, take public transit — all of those things help, but the most important things are those that everyone does together. Those require policy leadership, and that’s what’s really lacking at some point…  We have the power of the vote in the polling place, and we have the power of our money when we go out into the marketplace. We can support companies that look like they are really interested in our future. Canada Goose is one terrific example.” 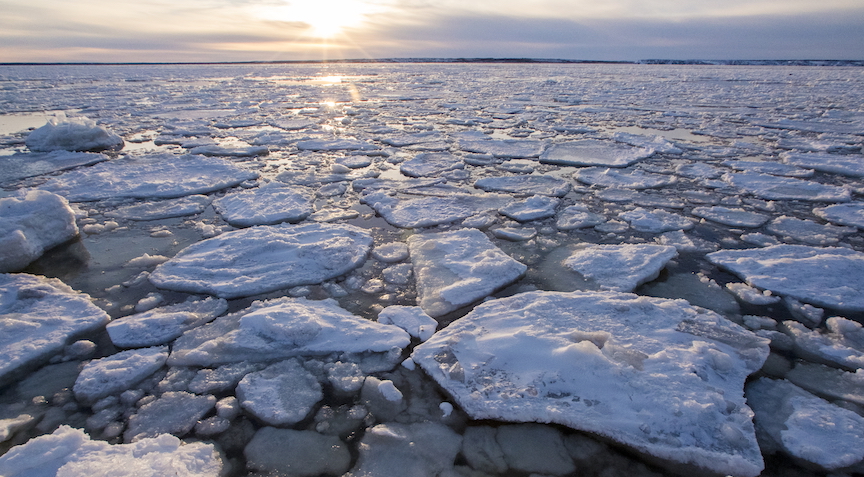 From Canada Goose’s side, the vibrant blue jackets featured in the film are part of their work with PBI. A portion of the proceeds from every jacket sold go to help PBI’s efforts in the arctic and around the world. Shop the jackets here.

Bare Existence can be streamed below.