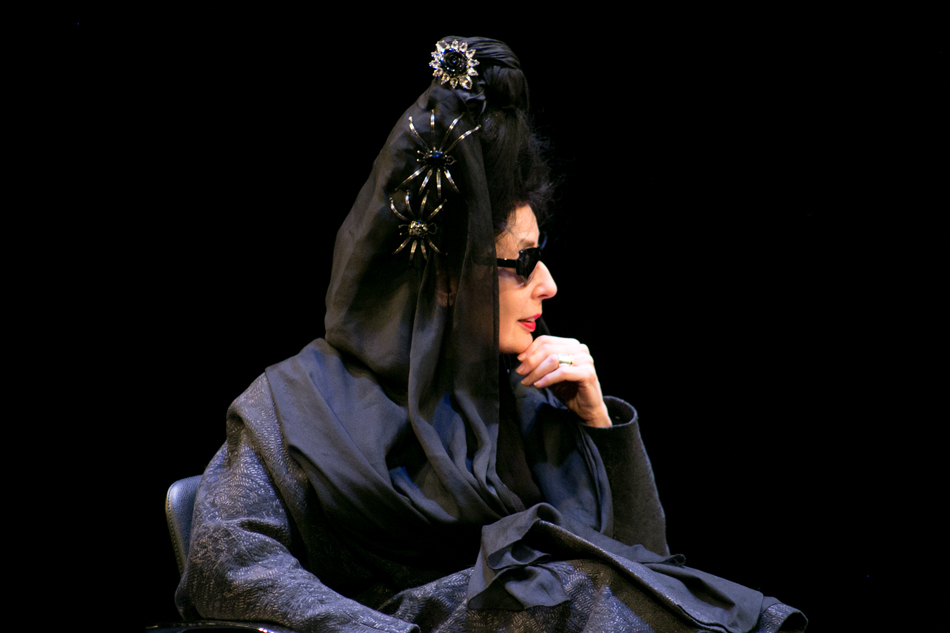 The U.S. premiere of Diane Pernet’s A Shaded View on Fashion Film Festival in March presented a keenly curated array of short films purposefully designed to carry its audience through a gamut of emotion. Sassy tongue-in-cheek offerings like Sister Act, a film directed by Ellen Von Unwerth, starring supermodels Irina Shayk and Anna V, produced the expected giggles with its naughty yet somehow quite serious (and dead sexy) sensibility. On the opposite end of a very wide spectrum, tales of courage and triumph like Manish Arora’s Holi Holy chronicled the bravery of widows from Varanasi, India who dared to break centuries old conventions by playing Holi Holy in 2013. Similarly, the Bruce Weber-directed short Katie & Arin – filmed as part of Barneys‘ recent campaign featuring transgendered models – was a nakedly human narrative of the painful search for self-identity in an environment marked by fanatical conservatism and a deep expectation to assimilate.

The festival selections were the vision of Diane Pernet – a pioneer in the industry – whose curation reflected the possibilities inherent in the still infant genre. Unapologetically experimental and often informed by a fine art aesthetic, these films venture beyond the “advertorial” into the territory of high culture. Without a doubt they are proof of the immense power of brevity, and the playfulness and joy in communicating abstract ideas through style. And one most note, despite the loftier ideas imparted in many of the films, the fashion still slayed.

Schön! chatted with Diane about the ideas behind ASVOFF, excellence in cinema, and the future of fashion short films.

What made you decide to finally bring ASVOFF to New York?

The impulse came from my dear friend Christine de Lassus. When she got the job of Fashion Consultant to FIAF, one of her original ideas was to bring ASVOFF to New York. She proposed it to Lili Chopra, and then I met Lili in Paris last December. The sponsor for Fashion at the FIAF was Kering, so I met with Laurent Claquin, Head of Kering Americas to discuss the collaboration and then we made it happen.

Why do you think it’s so important to celebrate the relationship between fashion and film?

The main ideas behind ASVOFF were always to offer a platform to nurture ‘fashion film’ as a creative medium in its own right, as well as to provide a place for dialogue between the fashion and film industries.

There are many interpretations as to what constitutes a ‘fashion film’. I think that we’re still exploring exactly what the parameters are because this is still a relatively new genre.  It will probably take some time before there is any kind of consensus.  And anyway, the beauty of the creative universe is that we are always confronted with new interpretations, revolutions and provocations that test our ideas on how to define things whether they be broad disciplines like art, fashion, cinema – or sub-disciplines like ‘fashion film’.  So I am enjoying being a part of this early process.  Apart from a few feature length films that deal with fashion as a topic, most ‘fashion films’ at the moment are in the short film format length.

Jerry Schatzberg and Mike Figgis briefly discussed the difference between “the really good films” and “the not so good ones”. In your opinion, what makes an excellent film?

I think it is important to make something personal. You need to grab the attention of the viewer in the first 30 seconds. A little comedy is a clever way to seduce people who are starved for humour in our business. It is also important to understand that you are creating a film, and not that if someone is moving in front of a camera that it qualifies as a film. That is one of the biggest problems with fashion films today. Agents force their photographers to make films and they take the principals that work for the frozen image and then have the subjects move rather than construct an actual film.

It is important to develop a unique aesthetic to your film. A clear scenario helps. Get the best technicians you can find, a genius editor is a gift from heaven. Don’t use models instead of actors unless they can really act. Evoke powerful emotions, don’t think because you increase the sound level that it makes up for a well-constructed film. A subtext adds dimension to a film. Leave your viewers wanting more; there is nothing worse than having people check the timeline or look at their watch to see when the film is going to end. Do not heavily grade the image to compensate for the fact that you don’t know how to light. 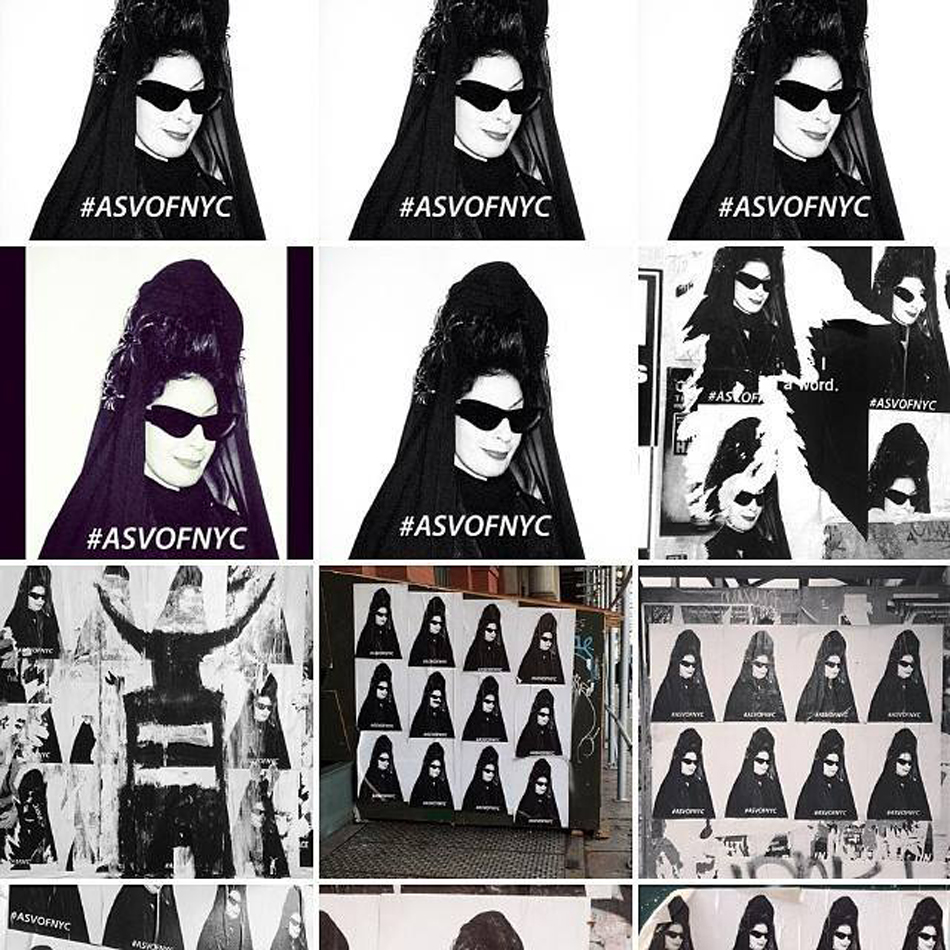 What is your process for choosing the shorts shown for ASVOFF?

I go by the criteria that I mentioned above: does it take me somewhere that I have not already been? If the film moves the audience then it is a success. It is a choice by instinct; then I have a jury of experts that choose the winners.

As a medium, do you think there is something fashion shorts can communicate better than long form films? If so, what is it?

‘Fashion film’ is a vibrant and still relatively new applied art form that has huge potential.  It can also be a bona fide art form of its own accord, unlocking new creative energies to communicate fashion with the power of cinema and persuade consumers to tap into a brand.  At the essence of it all, I suppose that the easiest way to define it is this: fashion film is a film where fashion is the protagonist, rather than a prop. Fashion is a high-impact, fleeting concept by its very nature, so usually they are short films.  Certainly for my festival we focus mainly on fashion films that are between 30 seconds and 5 minutes long, but there are cases where they are longer.  And you could argue, from another perspective, that a few feature films and documentaries over the course of cinematic history have also served as long fashion films.

There are the obvious technical challenges that are ongoing as a medium progresses. On the one hand, the technologies become more sophisticated so it opens up new vistas, but that also means that they are in the position of always having to catch up with the latest editing software and hardware innovations. I suppose the biggest challenge – no surprise here – is how to make it commercially viable.   How to monetise fashion film is the ‘next big thing’ in the fashion industry, and retail, so we should all watch this space very carefully as brands increasingly make fashion films “shoppable”.  There are plenty of exciting opportunities out there as the digital landscape changes. No one is entirely sure which business models are going to work yet and which aren’t, so it will be a lot more trial and error before we see a clear path to fashion film earning money – I mean besides the obvious outlets like being hired for a brand to do a video campaign.

Click the below links to view the newest Schön! Magazine Schön! in glossy print
Download Schön! the eBook
Schön! on the Apple Newsstand
Schön! on Google Play
Schön! on other Tablet & Mobile device
Read Schön! online