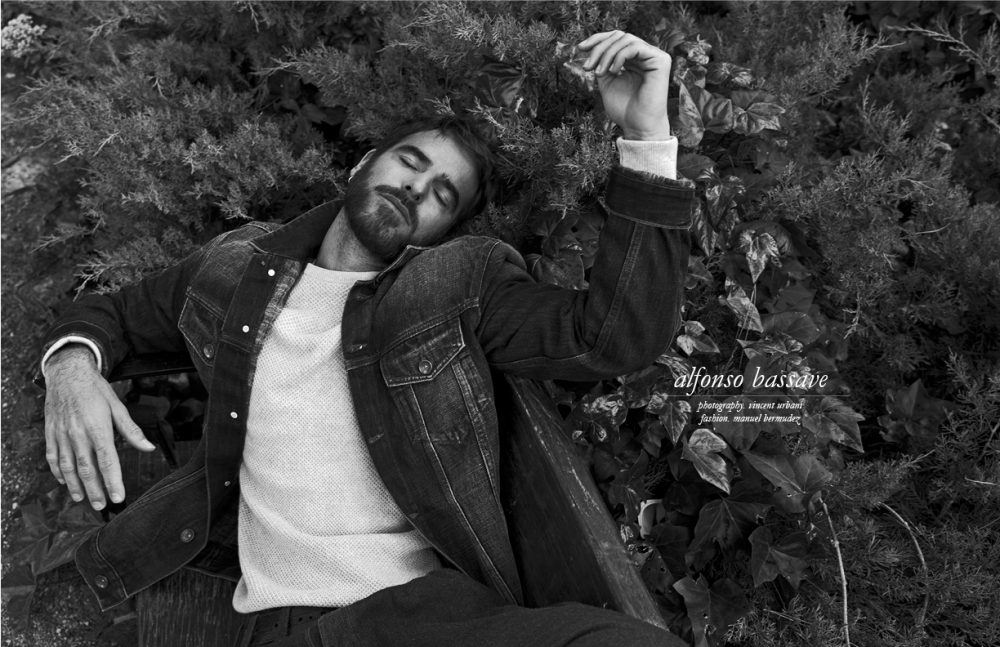 Alfonso Bassave is the Spanish acting estrella naciente (that’s a rising star, to you and me) that is set to be making waves both sides of the atlantic this Autumn in his Hollywood venture Rendezvous.

Bassave – see our shoot with him for proof – has all the trappings of a leading man in both brooding good looks and presence. Here, he talks to Schön! about law school, his impeccable taste in actors and upcoming projects.

It seems acting is in your family, what with your brother being in the industry too, did you grow up wanting to be an actor?

Not at all, on the contrary, my family is the opposite of an acting family. At least on the surface because they are all lawyers, which I guess is not so different from acting [laughs].

My father loves movies so since I was a child I grew up watching Westerns, Mafia movies and all the American classics. I watched films directed by John Ford, Houston and all the great 70’s movies by Coppola or Scorsese.

I would say that I had a sort of shock or revelation while watching The Dead Poets Society. The passion that the starring character has towards acting and following his dreams and the way the whole story ends, made me go to my parents with such conviction that they couldn’t say no when I told them I wanted to attend to Acting School. They agreed with the condition that I graduated from Law School.

… obviously I am the worst lawyer in the world. 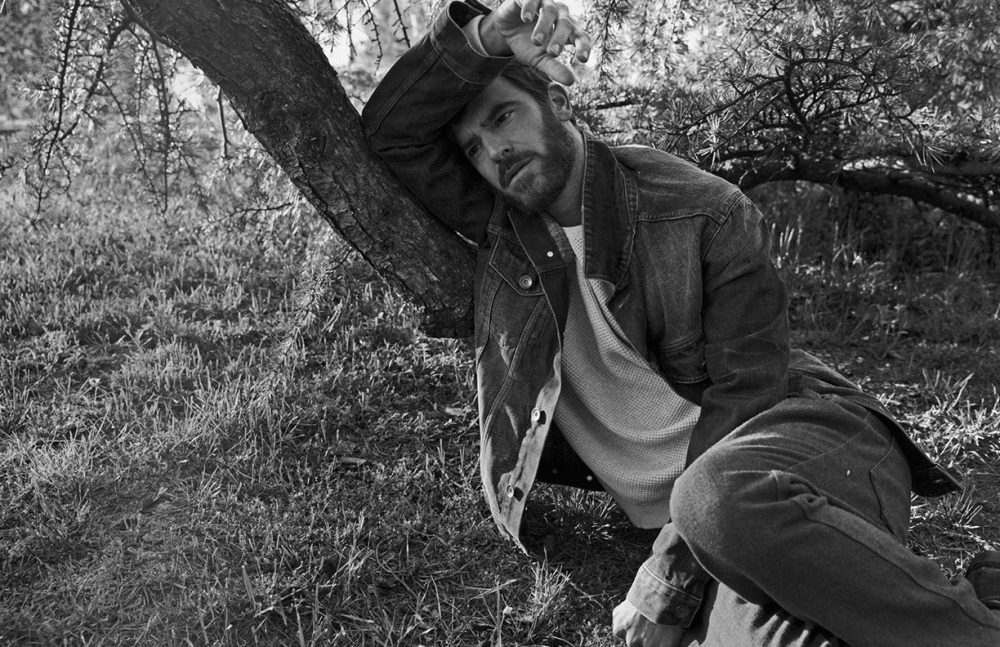 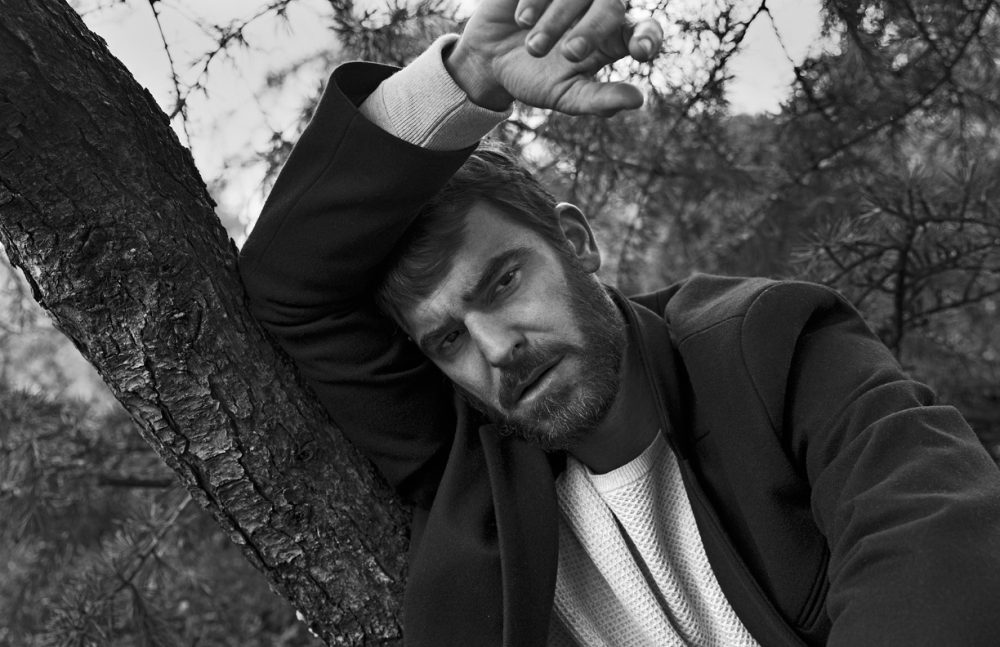 If you weren’t an actor, what could you see yourself doing?

I think I would probably be a psychologist. I ended up taking some courses for fun and they definitely helped me as an actor, specially when it comes to building a character.

Your first high profile job was a small part in the massively successful Un Paso Adelante [A Step Forward, think Fame but in Spanish] the series was based in a famous performing arts school, was it an accurate reflection of what it was like to be a young performer at the time?

Yes, I guess so. When I was in Un Paso Adelante, I was still at the drama school so in some way it was a parallel experience. My school was quite demanding and so it was the one portrayed in the show. Also, for me as a young inexperienced actor, being part of a successful tv show was a gratifying, learning experience in every way.

Films such as XXL must open up a lot a doors – you’ve worked on a multitude of different projects since, but did you ever worry about only then being asked to the play the sexy male supporting role?

I wouldn’t really say I worried about it. Every character has its own challenges as well as his own charm. I think when you’re starting out, and haven’t had much professional experience, looks and image can influence the casting process. If I believe in the project I’m involved in, the script, the cast and production team, and most importantly the character I will be playing, I don’t really focus on the “sexy male” aspect of it, as much as I focus on the importance of the character to the story we are trying to tell. I have had the opportunity of working with amazing directors and writers, who are able to see the characters I have played, for their essence and contribution to the story, more than focusing on only good looks and sex appeal. 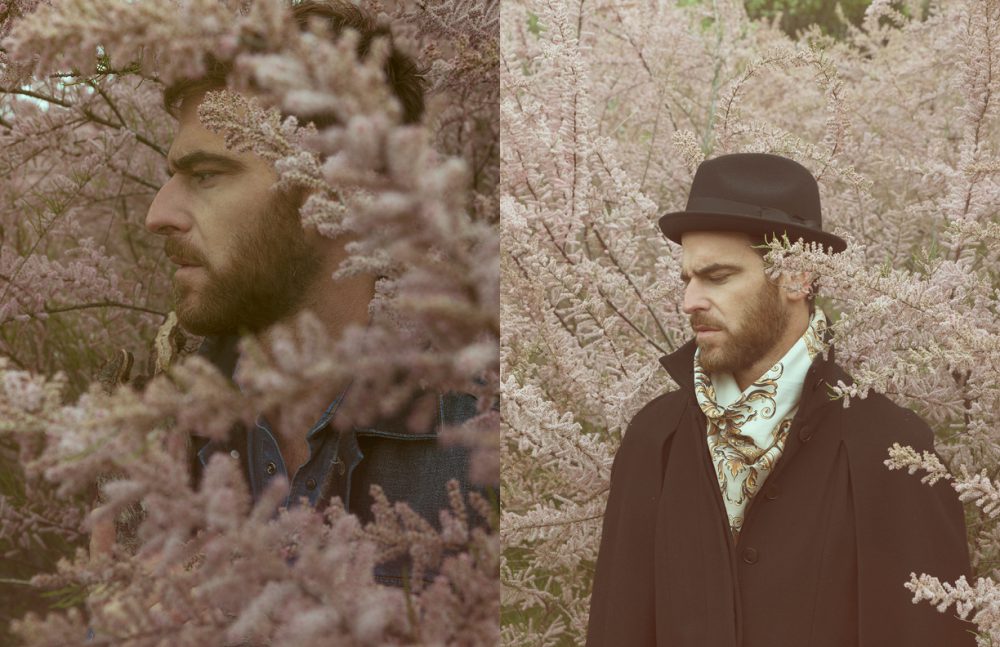 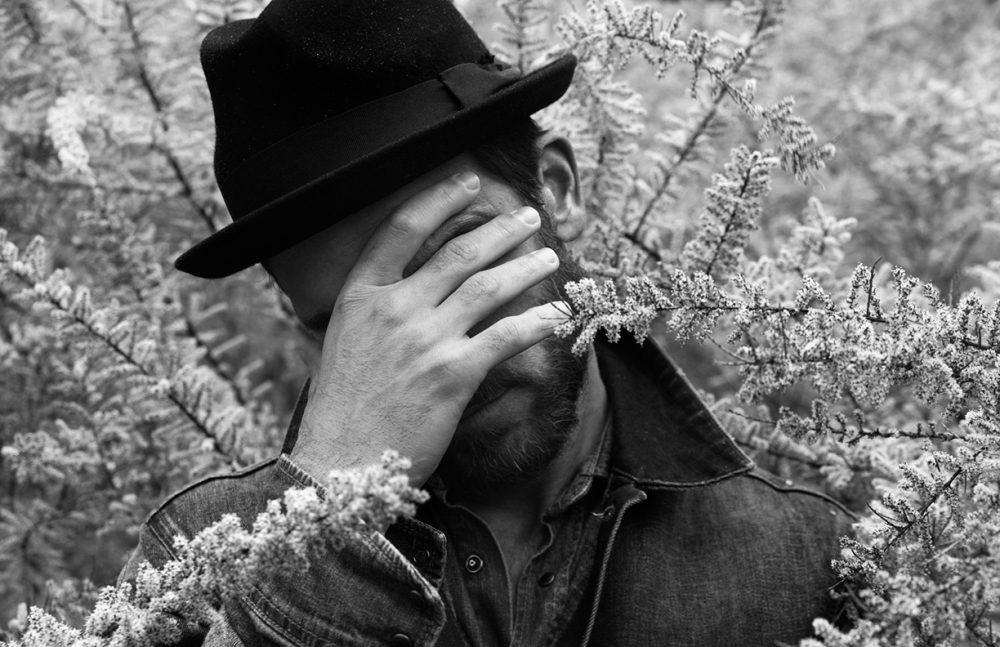 You have starred in a number of historical dramas, do you prefer this type of role where you can transport yourself to another period of time and test your abilities as an actor?

Working on a time period show gives you the opportunity to explore different ways of thinking, speaking and living. The sets, the costumes and the way your character speaks, help you transport yourself to a different reality, which is one of the best parts of being an actor. It is similar to that child fantasy of being a part of different worlds and adventures. I will never be king or a warrior in real life, or maybe I will, who knows?

Your Instagram feed shows admiration for the likes of Tom Hardy and Iwan Rheon [Game of Thrones, Misfits] are you a big fan of British actors then?

Of course! I admire a good actor portraying a good character,  regardless of their nationality. But there is no doubt that there have always been great British actors. I’m a big fan of Tom Hardy and Iwan Rehon, but also of other veteran actors like Lawrence Olivier or Michael Caine. England has a long history of great theatre and acting. That was one of the reasons I decided to move to London to study acting at the beginning of my career, in the Central School of Speech and Drama. I had some wonderful teachers there who inspired me and broadened my horizons as an actor. 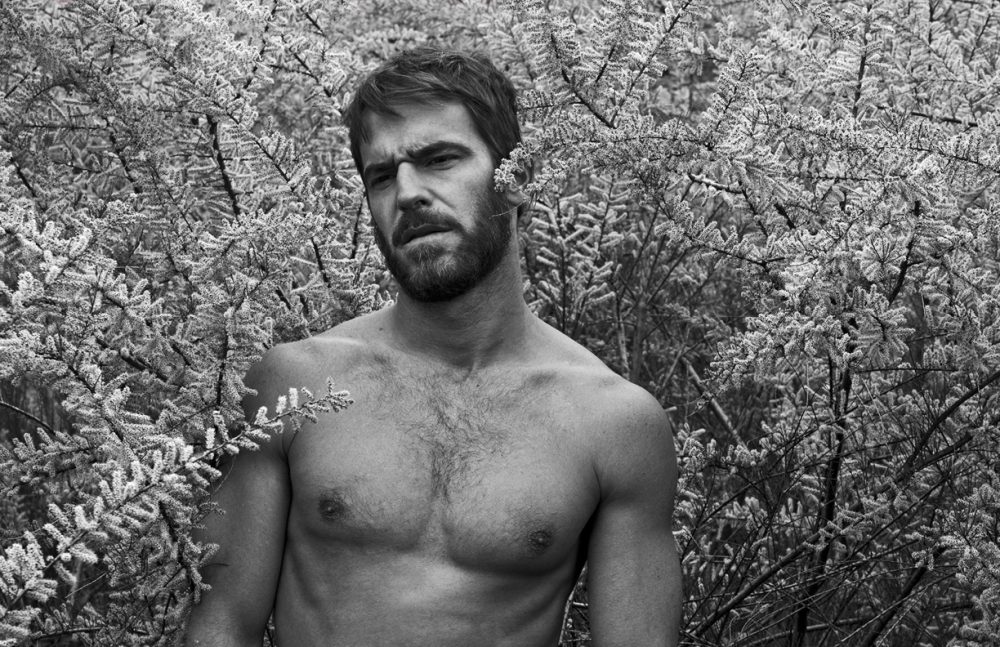 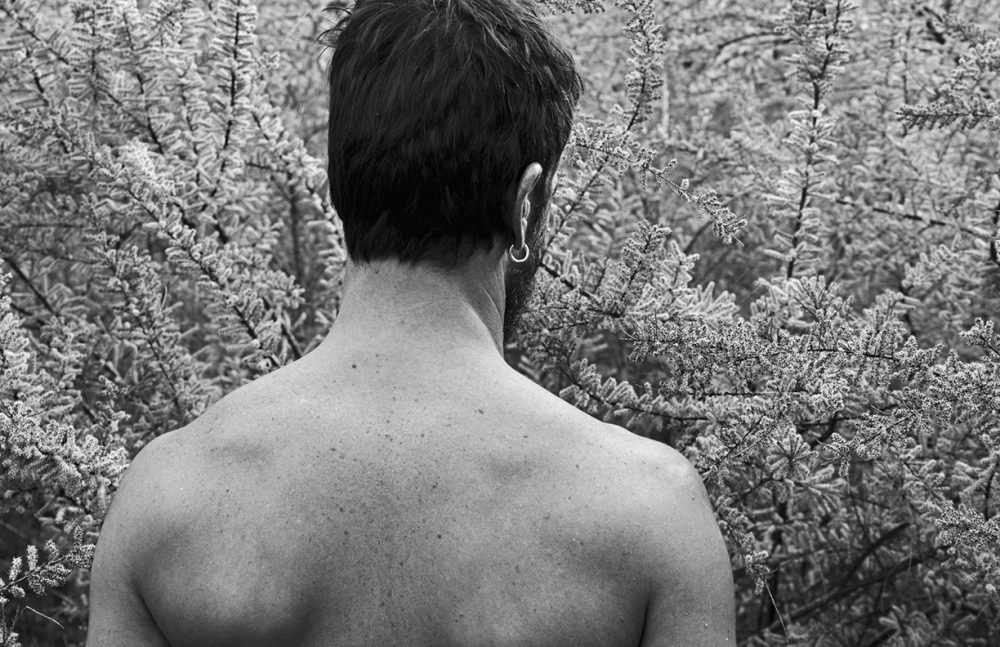 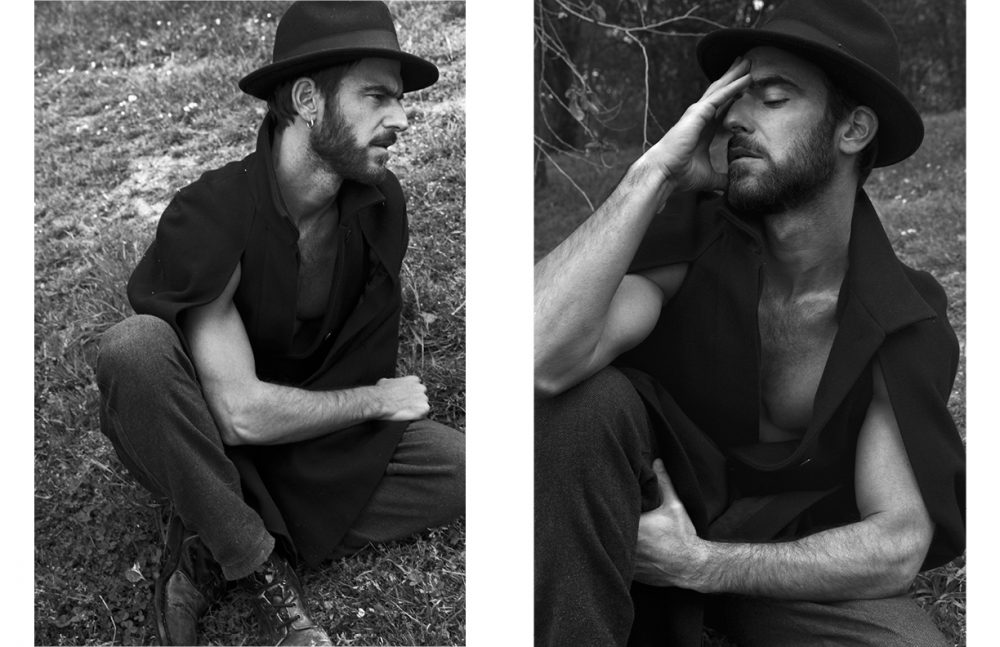 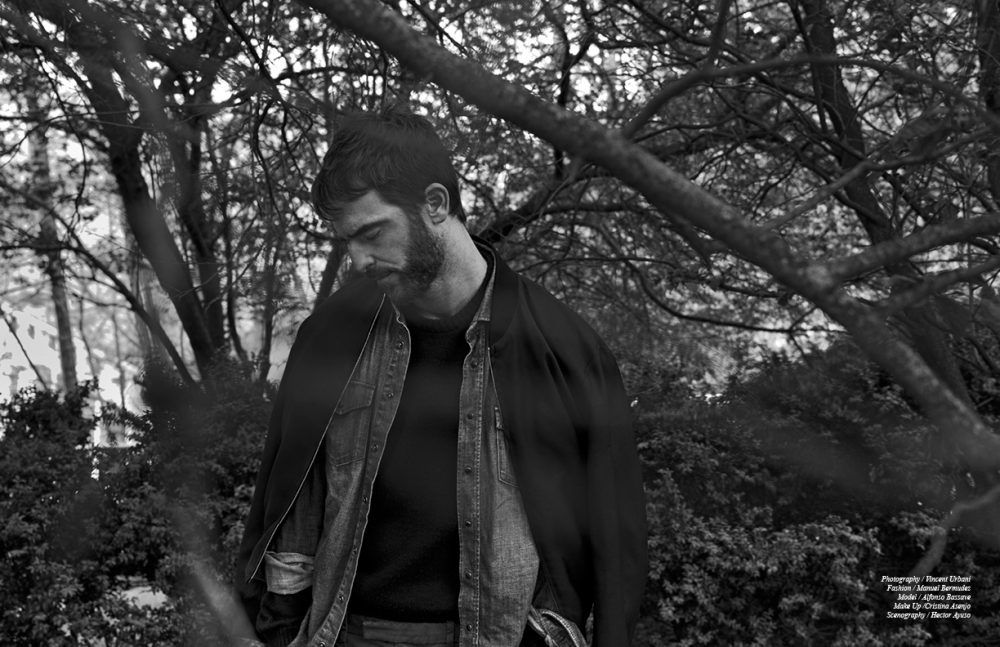 Do you see yourself ever acting in English language television or cinema?

Absolutely! I’ve done a couple of movies in the English language: There Be Dragons directed by Roland Joffé (The Mission) and last year I shot an American production called The Rendezvous that will be released in September.

Aside from the actors previously mentioned, who else is your acting hero/heroin? International or otherwise?

Wow, where to start?! Of course I’m going to start with someone from my own country, Spain. In my opinion Javier Bardem is one of the best actors in the world. It’s amazing how he builds each one of his characters. Someone whose work I miss is Philip Seymour Hoffman. He will always be one of my favourites. Then of course is Meryl Streep, who I believe is in her own category.

Now, there are rumours abound online regarding the next James Bond, a name that was thrown into the hat was a certain brooding Spanish actor, is there anything you’d like to tell us?

[laughs] That would be awesome but I’m realistic and don’t see that being an option…for the moment! I love Bond movies and it would be great to be a part of it. I admired so much the mean guy that Javier Bardem performed in Sam Mendes’ Bond movie.