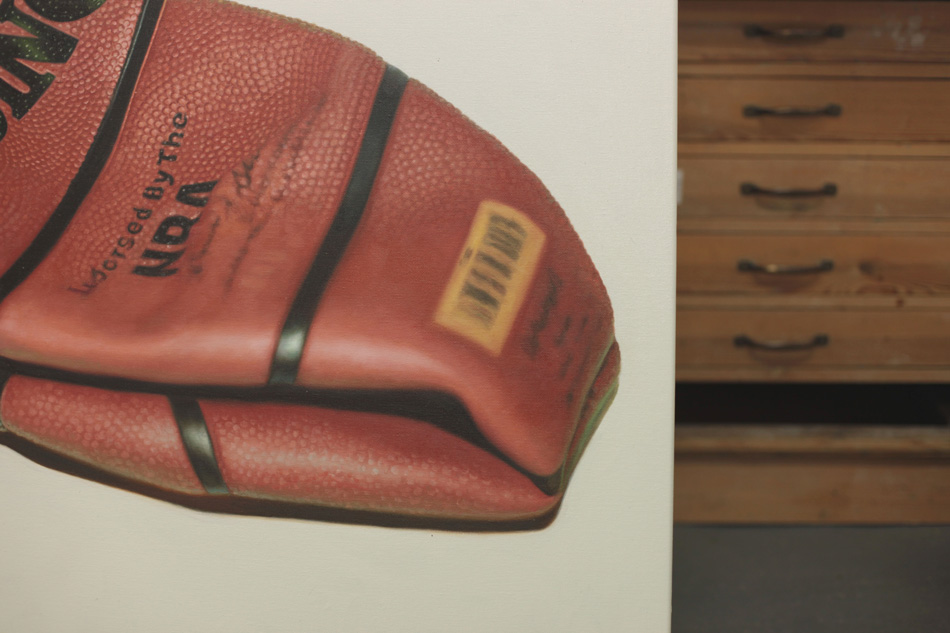 It is obvious at first glance that contemporary artist Lucas Price’s talent is one of a kind, and getting to know his story does nothing but reinforce your first impressions: accepted into the MA painting course at the Royal College of Art without any prior training, he is quickly becoming one of the college’s most promising pupils. Schön! talks to him about his future menswear collection, what influences him and about T E A M Altas (acronym for The Earth As My Atlas), his next exhibition where a new body of works created during his years at the RCA will be displayed. 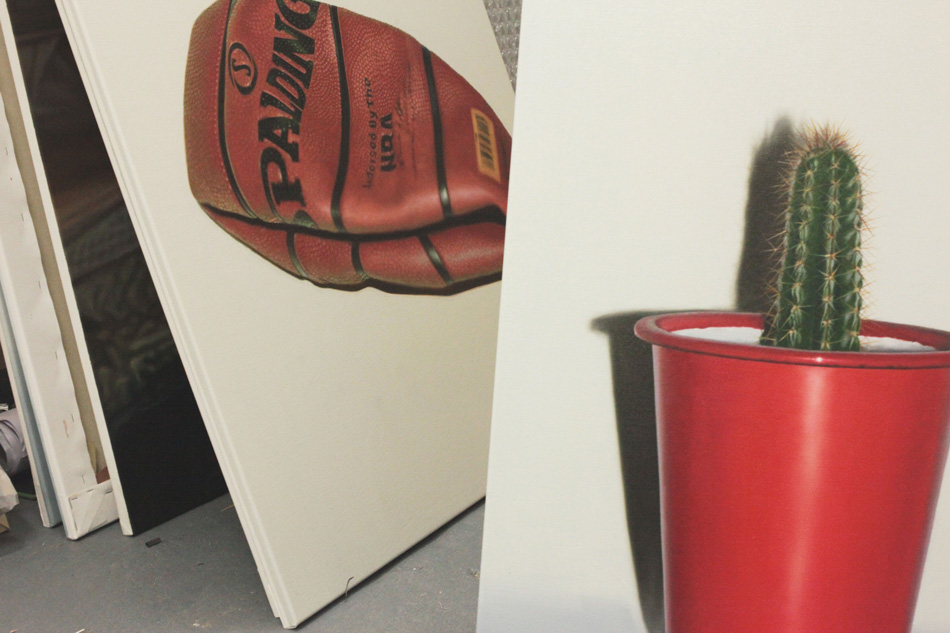 Before joining the painting course at the Royal College of Art your art background was exclusively based on your experience with street art.
How did your work change after you started the MFA?

I think I was always aware that what I wanted to do, even when I was painting on the street, was just make art. Part of what attracted me to painting on the street was just the idea of getting away with something and that it was less hung up than the art world. As it turns out this isn’t exactly true. The reason I decided to go to RCA was that I didn’t feel like I could find opportunities to make and show work that interested me. So I don’t think it’s a case of the work changing, more the environment. I think if anything the work is still working itself out.

Tells us more about the title of your exhibition, The Earth As My Atlas. Where does it come from?

It comes from the idea of having an Atlas that is as big as the earth, which covers the earth. So, the world is your map, rather than a little book that you look at to gain understanding of the world. If you have a map that is essentially an exact copy of the thing it references… you have to go to the place you want to discover. Plus, the idea of the Atlas historically has been used to catalogue objects and assemble information. The work is taken from photos of objects and so on, and it’s a reference to this idea of cataloguing.

The works that will be displayed include oil paintings and carbon and graphite drawings. Do you have a favourite piece you are especially proud of?

They’re all the same I think, in terms of the fact that they’re straight up representational images. I like that flat basketball though… The whole point is that it’s a record rather than some expressive moment. So I don’t have a favourite.

What are the main influences behind your work?

I think maybe the artist collective The Forever Branch. I think that main influence is trying to come to a resolution, which I’m not sure I’ve managed to achieve yet.

How do you manage to find time to combine the work for your Masters degree, your exhibitions and your street art work with the BC crew?

I haven’t painted on the street for a while now, I’m trying to focus on just working in the studio as much as I can.

Early next year your menswear collection A4, designed with Japanese designer Kazuki Kuraishi, will be launched. How did this collaboration start?

We met while I was doing some work for Adidas, and we got talking and slowly this idea came around. He initially designed a uniform for me, and that grew and we added more pieces. It’s still small. And Kazuki is more the designer than I am, he’s got such a good eye for detail. I’m happy making art but the collaboration with Kazuki means I can use certain ideas that might otherwise not get used.

2013 will also be the year your course at the RCA comes to an end. What are your plans for the future?

I’m going to focus on A.Four and the projects we have lined up for that and making work in the studio as much as possible. 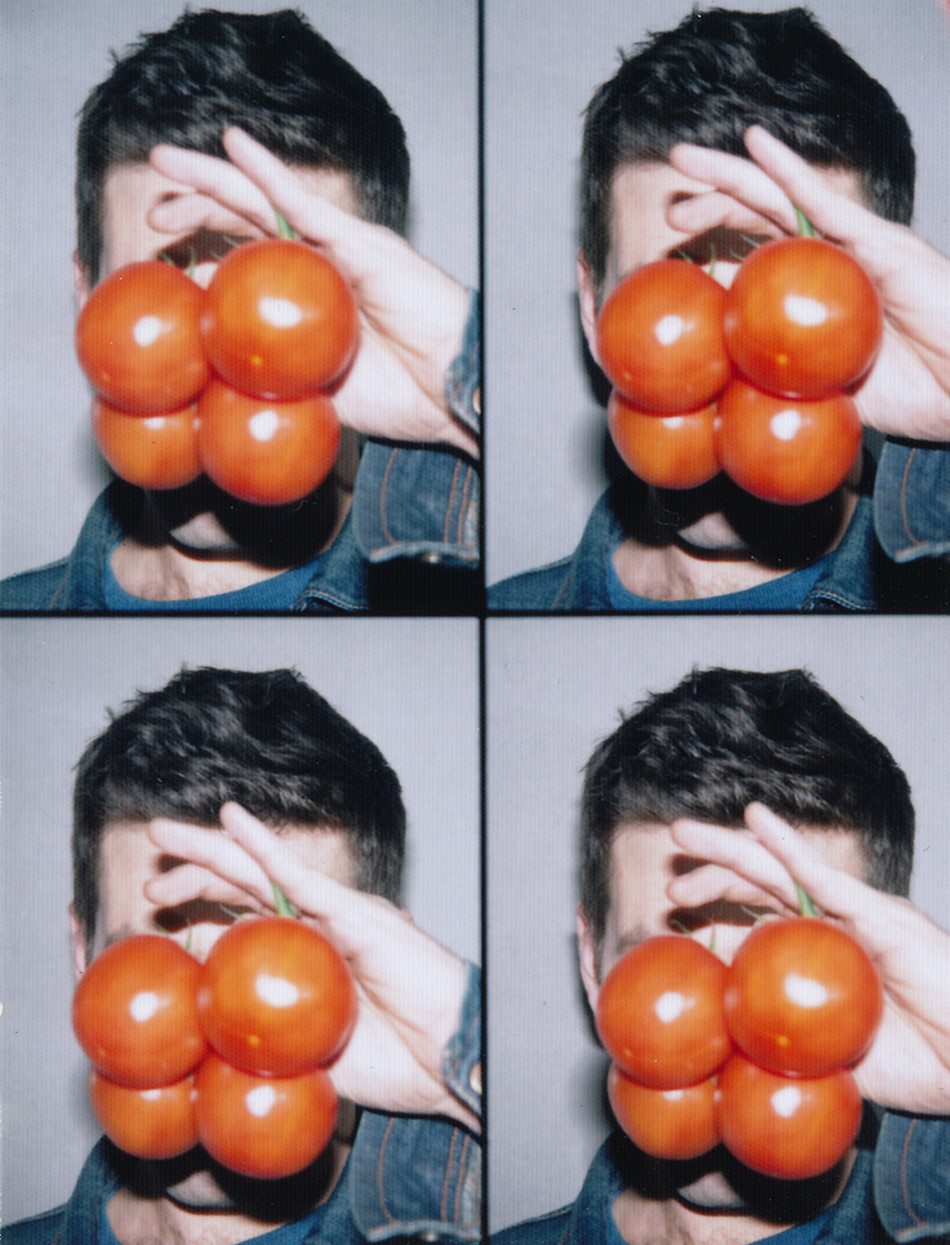