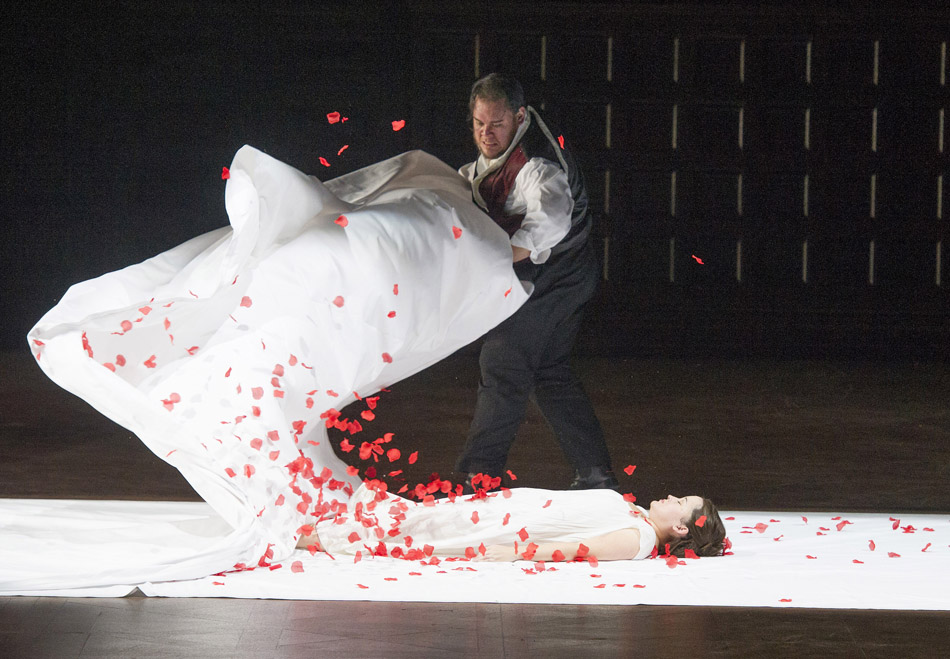 Born in Chicago, raised in Pasadena and having spent her childhood summers in Tokyo, soprano Anna Christy is by no means a stranger to a travelling lifestyle. Considering the amount of time spent abroad whilst working on various productions, it’s lucky that Anna Christy loves voyaging from Opera House to Opera House. Her career has seen her perform in countless productions, on the most prestigious stages, from La Scala in Milan, to the Santa Fe Opera. The English National Opera opened its production of Verdi’s Rigoletto this week, with direction by Christopher Alden. Anna Christy will be performing the role of Gilda, Rigoletto’s daughter, for the 11 performances. Schön! caught up with Anna Christy ahead of the premiere for a special insight into the life of a lead soprano.

This is your debut as Gilda, how did you go about preparing for this role?

I went about learning the opera in Italian, to find the dramatic beats that Verdi instilled in every phrase. Also, Italian is a much easier language to sing in, so my throat learned it that way first, if you will. Then I introduced the English.

It feels a little jarring at first, truth be told, but then you get used to it and it’s not a problem. Also, there is definitely a more direct connection to the text when you’re singing in your mother tongue.

What is the highlight of this production for you? An aria you particularly enjoy?

I suppose the vocal highlight of the opera for Gilda is her aria in the first act, “Caro nome”. It’s certainly beautiful and perfectly expresses her state of mind. I also really enjoy singing the second act duet with Rigoletto. The end of the opera gets me every time. It’s not a long scene, the final one between Gilda and Rigoletto, but it’s a jewel of incredibly focused emotion. 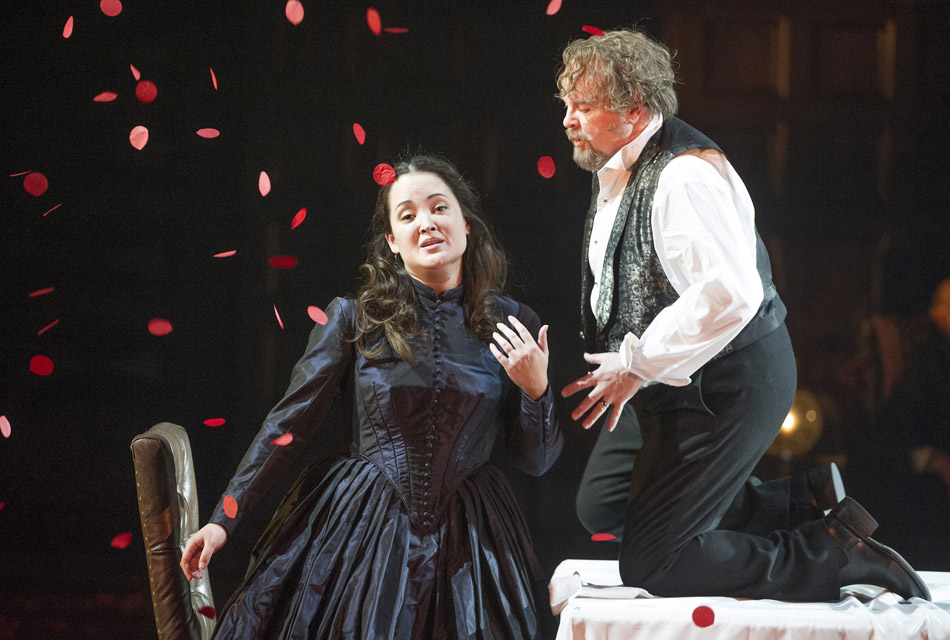 You studied at Rice University and at the University of Cincinnati College-Conservatory of Music, what advice would you give to young singers, specifically on studying music?

I would say that every part is important — the vocal technique, the language acquisition, the stage training. But hand in hand with everything you do as a singer, your mind has to be in a healthy place. Do what you have to do to find balance.

How did you come to singing opera? Was it always something you wanted to do?

I was a founding member of the Los Angeles Children’s Chorus, and we often sang the children’s chorus bits for the opera company. My first opera was La Bohème at age eleven. I sang in the street urchin chorus and fell in love with the form. I would sit cross-legged in the wings, watching Placido Domingo and Thomas Hampson, transfixed. The bonus there, too, was that it was directed by Christopher Alden. From that point I was hooked.

Your career has taken you all over the globe. How does this travel-lifestyle coincide with your home life?

I think I’m particularly well-suited to the travel lifestyle because I get a little bored when I’m in one place for too long. But I also adore our home in Denver and relish the stability it gives to my five-year-old daughter. So it makes sense that I commit to working about half the year and to staying home and being wholly available to my family for the other half.

ENO absolutely feels like home to me, as does London. My daughter has spent a quarter of every year of her life in London and I find it a wonderful place for children. We have loved every minute. Everyone at ENO feels like family and they have supported me generously through the years. I am so grateful. 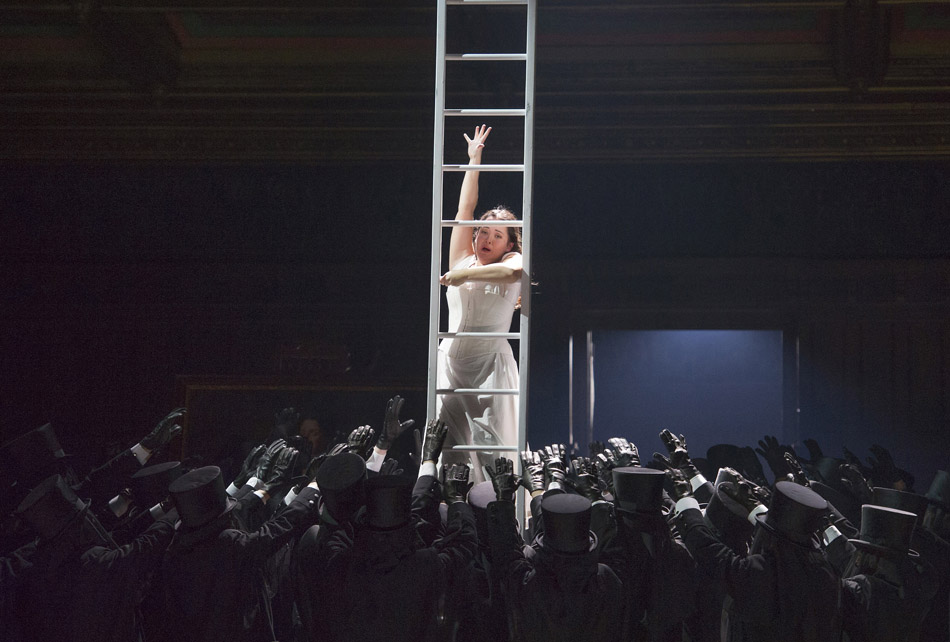 You’ve performed countless iconic roles, from Papagena of A Magic Flute to Zerlina of Don Giovanni, is there a role you’d like to add to your already vast repertoire?

The other day Peter Rose (who is singing Sparafucile) asked me if I sing Sophie in Der Rosenkavalier and I thought, “hey, that’s right. I haven’t sung that one yet!” So there’s that…..I’m sure there are others. I’ve been told Lulu should be in my future – but not too soon, it will take forever to learn it!

Where does opera stand in 2014? Are there any shifts in the world of Opera since you started in 2000?

I was giving a master class this past autumn and may have committed a faux-pas by telling the kids something that I believe….but probably shouldn’t have said. And that is that I would hate to be beginning my career right at this moment. With opera companies in the US struggling just to stay afloat, many of the opportunities I was given as a young singer no longer exist.

And finally, what comes after Rigoletto? What are your projects for 2014?

In 2014 I will be revisiting some favourite roles, from Handel and Bernstein to J. Strauss and another Rigoletto. But my eye is on my first Susanna in Mozart’s Le Nozze di Figaro. Somehow I have managed not to sing it until now, and it’s time!

Christopher Alden’s production of Rigoletto is on at the English National Opera from February 13th – 14th March.