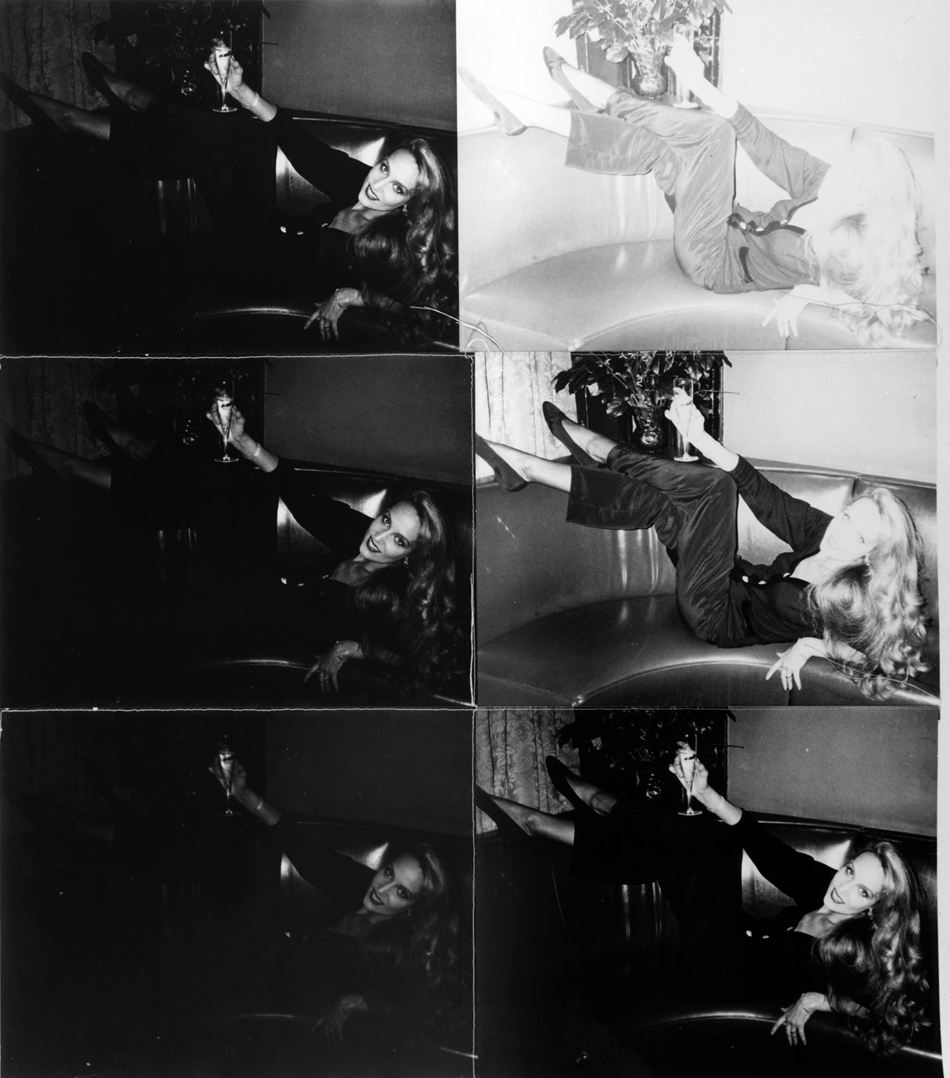 A grainy consumerism unsurprisingly marks Andy Warhol’s photographs from the end of his career, currently showing at The Photographers’ Gallery. These Warhol images are exhibited independently but in dialogue with two other exhibitions from fellow American cultural giants, who like Warhol are not specifically known for their use of the photographic lens: the writer William S. Burroughs and the film director, David Lynch. Three galleries in the seemingly ever-ascending building are dedicated to each figure in the display of their rarely seen lens-based work.

The first gallery is dedicated to a handful of Warhol’s later images, a time when he was obsessive in his documentation of his everyday surroundings and was rarely seen without his camera. His lens is detached and meticulous in its details, from unremarkable park scenes and the contents of furniture shops, to the model Jerry Hall posturing for the camera. All the images are uniform in their disengagement, every subject treated with classic Warhol distance, almost disdain, all in one big vapid consumerist vision.

Next comes William S. Burroughs, the prominent figure of the Beat generation, famous for his books Junky and Naked Lunch, as well as for friendships with fellows beats Jack Kerouac and Allen Ginsburg, and his notoriously chaotic lifestyle.  Burroughs’ photographs are tiny, forcing you to peer closely at them in order to take in their vastly differing locations that document his often-nomadic existence. From the Chelsea Hotel to the Beat Hotel, from Tangiers to Mexico City, what’s conveyed is the sense of a remarkable, if troubled, journey in the pursuit of his art.

The visual mirroring of his famous collage based literally ‘cut up’ technique (found in his novel Naked Lunch) can be seen in his images and particularly (and most successfully) in his collaborations with the writer and artist Brion Gysin. Rather than straight documentation, these works feature many images chopped and pasted onto paper with sloppy, angry snippets of writing scrolled across them. They show Burroughs not only using photography but also experimenting with it, and pushing its visual boundaries.

There are other less successful images here, particularly the early shots, which are often indecipherable in their graininess. On the whole, though, this is a very rich exhibition, which provides a fascinating glimpse into Burroughs’s artistic vision. 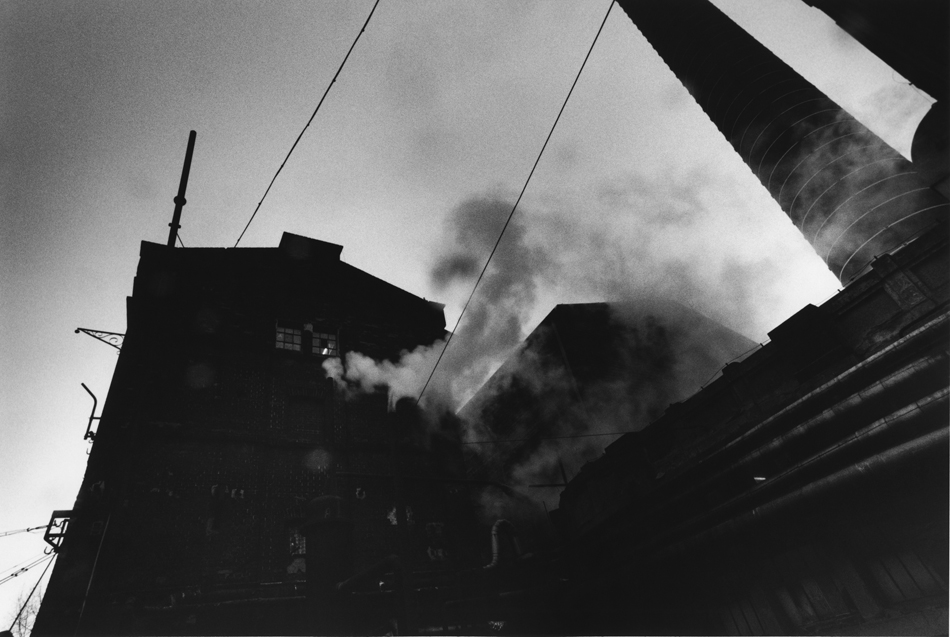 On the next floor up are seminal film director David Lynch’s Factory photographs. After Burroughs’, it’s a slightly exhausting prospect but the crisp simplicity of the images draw you in immediately. Lynch spent many years photographing empty industrial buildings around the world in stark monochrome. The buildings are all completely devoid of any human presence and because of this a deep melancholy permeates.

Lynch is of course fascinated with image making. His turn to photography is perhaps the ultimate expression of that fascination in which no dialogue is required to inform our sense of understanding. These photos simply speak for themselves; they act as a soulful and gentle conclusion to the three interconnecting shows.

Each exhibition here offers something different. Even though they all employ the medium of photography, each provides a deeper insight into the complete careers of the three figures across film, paint, print, text and photography. What’s revealed perhaps is the core of their artistic investigations: Warhol’s machine-like aesthetic so prevalent across all his work, so perfectly articulated through the photographic lens; Snapshots of Burroughs’s nomadic biography such a prominent feature in his writing, alongside his experiments with photographic collage; and David Lynch’s obsession with the power of one devastatingly strong image and the narrative possibilities that can be drawn from that image alone.

The photographic works of Warhol, Burroughs and Lynch are on show at The Photographers’ Gallery, 17th Jan – 30th Mar 2014.