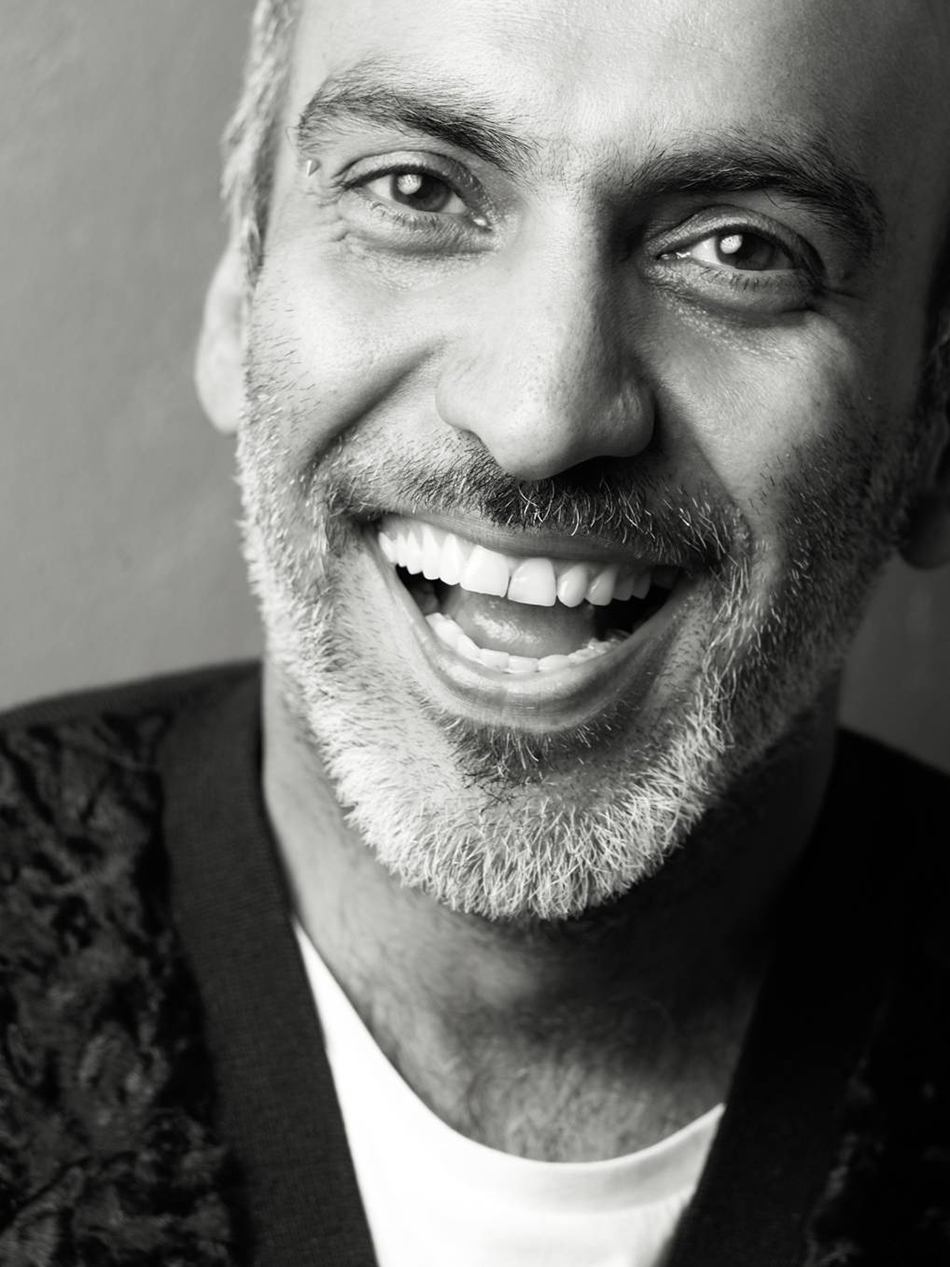 Manish Arora is not just a fashion designer, he crafts happiness. “Clothes are just a medium to express joy because that’s the medium I’m trained in,” Arora says. The creator of Indian descent started showing his vibrant collections in India, then tapped into the international sphere by presenting in London and shortly thereafter, Paris. Known for his extravagant use of colour, Arora looks to his own culture for inspiration. He has done many collaborations including, but not limited to, Swatch, Reebok, Nivea, Nespresso, MAC, Walt Disney, Swarovski.

Manish Arora sits down with us in this exclusive interview to discuss the business and creativity behind fashion. He explains how he sees no end in sight for his empire.

How has growing up in Mumbai influenced your vision of fashion?

I would say growing up in India more than just Mumbai. I was brought up in a kind of environment that was very traditional and culturally very rich. India is full of festivals, weddings, and beliefs. That part has always stayed with me: being together as a family and celebrating festivals. In India, happiness is the key word. I have always been like that. People come to see my show or people wear my clothes because they feel a sense of joy in them.

You first studied commerce, then changed to fashion. Did you have any experience in fashion prior to that? What was the deciding factor that made you make the switch?

I went to school where I studied commerce, but I left half way. I just didn’t think it was me. I learned about the National Institute of Fashion Technology in Delhi. I was in Mumbai at the time. I applied for the school and I got through. It was just really exciting because it was the only fashion school, and it was a good one. I was very curious about what this world could be. I’m not from France. We didn’t have Dior, Louis Vuitton, or Prada all around. We had nothing. I was not aware of fashion when I joined the school. Once I started, I realised that I made such a good decision. 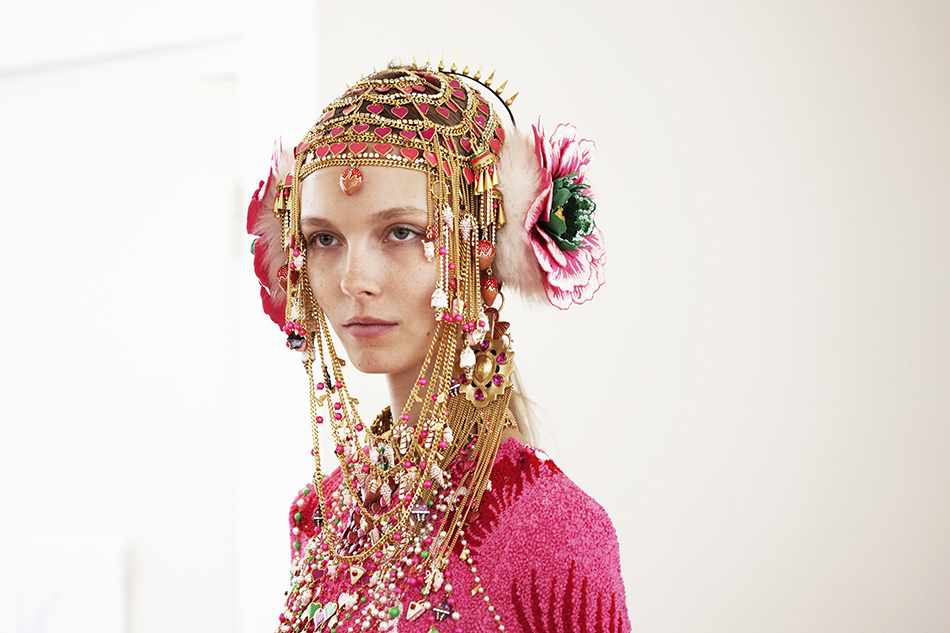 You were Creative Director of Paco Rabanne for two seasons. What are the most memorable pieces of advice or lessons you’ve kept from this experience?

First of all, I learned how to live in Paris because of the job. I fell in love with the city. Besides that, I’ve learned how French people take fashion so seriously. Fashion is a job; it’s not just frivolous or fantasy. The clothes are fantasy but look at the collection. There is planning behind it; there is range. It’s a job.

How did London prepare you for Paris?

It’s very different. What I like about London is that the people are supportive of new talent. They help you, they sponsor you, you get better rates for models, you get cheaper infrastructure. You understand how to do a show. When you come to Paris, you have to be ready. It’s more challenging; that’s what is exciting about it. The audience is bigger in Paris. That’s when you know you have made it.

Do you think you could design a collection without any colour? Why or why not?

No, because everyone else is doing it. I have a strong customer base now. China is my biggest market, in addition to Korea, Japan, and the Middle East. These people come to me for colour. If I go off that, I don’t think that would be a good business strategy.

When was the moment you cracked the international market?

I still have to. There is still so much more to do. I treat myself as an up and coming designer, and I think it’s the best way to keep things. There’s no end to it, you know? You could be established in China, but then want to establish yourself in another part of the market. Countries are developing so much in so many parts of the world. It’s endless. You’ll never be at the point where you have arrived, and I would like to keep it like that.

How do you think you are inspiring your audience?

By giving them joy and happiness with my clothes. They leave with a smile, and that’s what I want. 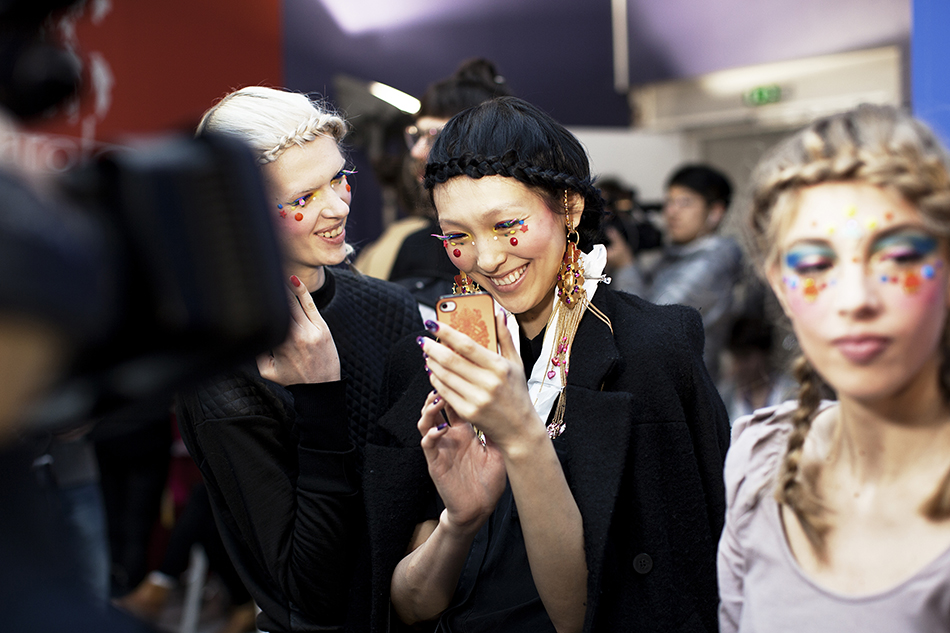 You’ve done so many collaborations. Do you have an experience that sticks out to you?

My collaboration with Nespresso was large in scale and it was a joy because they just gave me the freedom to do what I wanted. I decided to make creatures out of the espresso capsules. Each flavor was transformed into characters with eyes and noses. They just gave me the freedom to design for 220 shops. It’s so much fun because when designing your own clothing collection, you have limitations like budgets. With Nespresso, I said I wanted an animation film, and they said OK. The best animation studio in Switzerland did the film. It was special.

How is your relationship with your business partner Deepak Bhagwani?

We started as friends in India. Deepak is from a business school background. I said, “Help me, let’s start.” It just started as casually as that. Things started to get bigger, and bigger, and bigger. Ten to thirteen years have gone by. When we started, there were only five of us. Now there are more than 250 people. It just exploded. We really are best friends. We trust each other. That’s the most important factor. You may not be the best designer or the best business partner but when you trust each other, that makes things so much better. That’s what we still have between us.

How was your experience working on your fashion film Holi Holy?

We worked with another director, who is a friend of mine and a fashion photographer, Bharat Sikka. Diane Pernet had this fashion film festival. In India, Holi is a festival of colour. Traditionally, the widows in India aren’t allowed to play Holi because their husbands have died. They’re supposed to wear white and not celebrate life.

Last year, in 2013, in a small town called Varanasi, the widows were going to play Holi for the first time. When I read that, I was so touched because I thought there was some hope in my country. You read a lot of articles about women being raped, but when I learned about the widows and Holi, I felt so happy and hopeful, that at least they can celebrate. They can play with colour. It struck me that this is my favorite festival. It’s women. It’s something I’m concerned about in my country.

Some say that fashion is 98% business, and 2% creativity. What do you think?

What is in store for your upcoming collection?

It’s a trip. Not a trip on the road, but a trip in the head.