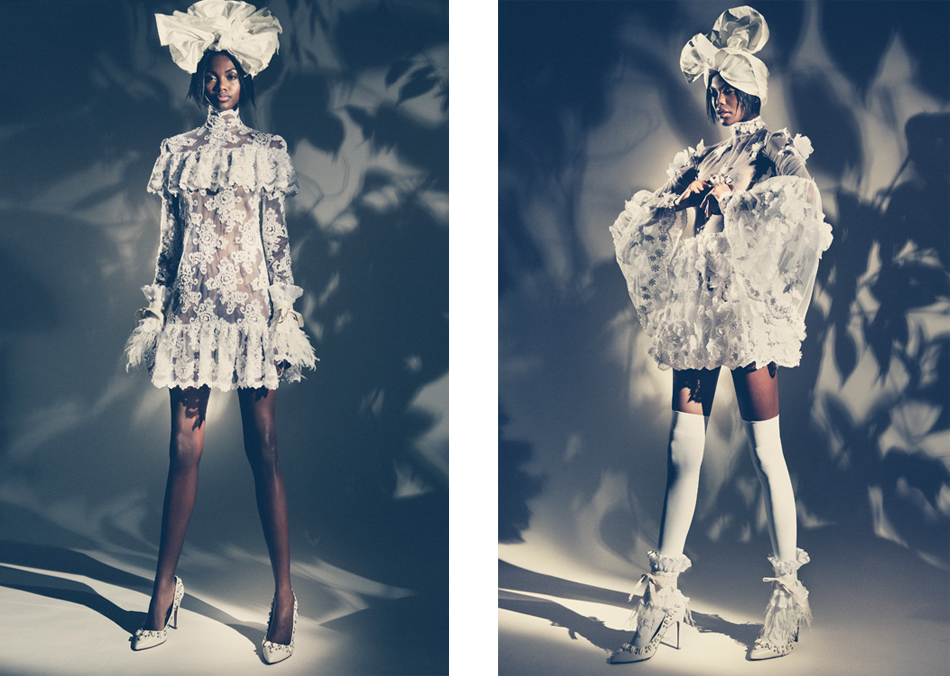 From styling music videos and cover shoots, to designing his own début collection, Jimi Urquiaga is a definite all-rounder in terms of fashion.  By the young age of 20, Jimi Urquiaga was awarded the first-ever title of Las Vegas’s “Best New Designer” by Caesar’s Palace. Whilst he may have begun working as a stylist by accident; in high school, he pursued fashion design courses and embarked on a design career.

His début Spring/Summer 2014 collection embodied an ultra-feminine, modern silhouette. As well as designing, you will also find him behind-the-scenes acting as creative director on various shoots. If you haven’t heard of him yet, Jimi Urquiaga should be on your radar. Schön! sat down with the designer to discover more about his plans for the future.

Tell us a little about your childhood. What was it like growing up in Las Vegas?

My parents had me at a young age, and were also divorced by the time I turned two. My grandparents had a large influence in raising me. Growing up in Las Vegas isn’t all that it seems to be. I grew up in suburbia where everyone, surprisingly, knows everybody. Something that Las Vegas implemented in my mind at a young age was that sex sells and that’s what makes it different from other suburban areas.

At what point did you start styling and how did that come about?

I got into styling by accident. After winning Las Vegas’ Best New Fashion Designer (in 2011), one of the awards was the opportunity to assist two well-known fashion editors. After that, I really hit it off with one of them and I began assisting him on editorials. I wasn’t assisting to become a stylist, it was just a way for me to get my pieces into magazines.  After assisting him for over a year, there was one particular shoot where he wasn’t available so he referred me. The rest is history. I fell in love with styling.

You’ve made an interesting transition from styling to designing. Why did you go back to designing?

I actually started designing first. After taking a basic fashion introduction class in high school, I created collection after collection while producing shows in various locations. Every opportunity that was presented to me I would take to showcase my work and get my name out there. I’ve had showings at teen clubs, car dealerships, hookah lounges, and even my own backyard! 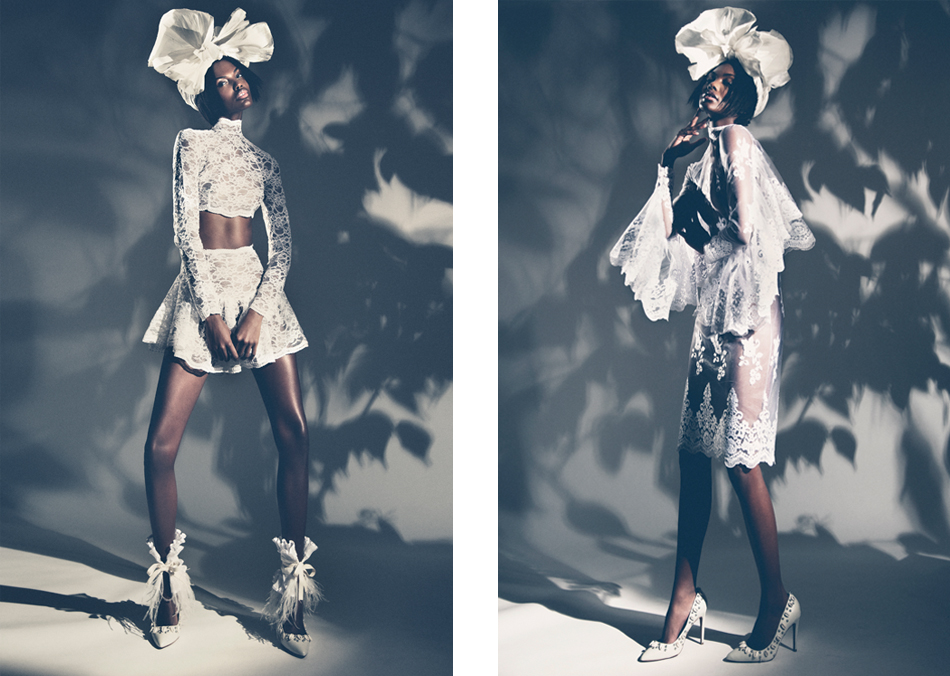 Which designer’s work has an influence on your own work?

Alexander McQueen will always be an idol of mine! He was a genius and his stories behind each collection always had so much depth. Every collection of his has a meaning and purpose. That is what inspires me when I plan for a photoshoot or do sketches.

We understand the women of the Afro-Cuban religion, Santeria, were the inspiration behind SS14 collection. What can we expect for FW14?

Without giving away too much, you will definitely see the growth of J. Urquiaga. A lot of my creative inspirations come from sexuality, taboos, and an appreciation of the human body. People can expect boundary breaking and provocative pieces that are very embellished and, of course, over the top.

What is your biggest accomplishment to date?

Accomplishments come to you if you work for them. You set a goal, or you work for something and other things will build around it, such as accomplishment. In 2013 I was published on my first cover which was exciting, but that also makes me work harder to get even more! 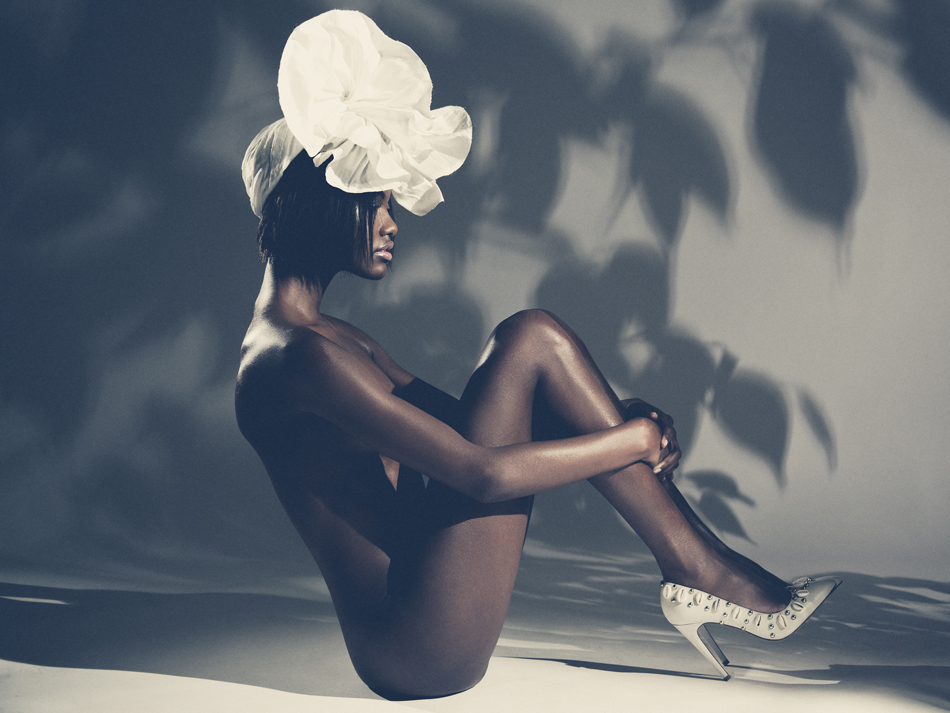 Is there anything else you want to do that you haven’t done yet?

Hell yeah! My fashion designs have barely scratched the surface and I want to continue to grow while also working alongside many industry leaders. As a stylist and designer I want to reach a calibre that notable designers have reached. There’s an endless list of photographers, makeup artists and models that I want to work with.

Can you tell us something people don’t know about you?

Something that a lot of people don’t know about me is that I am a self-taught designer. In high school, I learned how to sew a straight line and press seams. After that, I taught myself how to create patterns with newspapers, draping on a mannequin, lining, developing ideas for photoshoots, producing fashion shows, coordinating editorials, and being credited as creative director and producer. That is something that many people don’t know about me, but I’m also very proud of that too.

This Jimi Urguiaga editorial has been produced by

For more incredible editorials check out the latest issue of Schön! Magazine