Her Royal Harness are out to break the mould by reminding pop music of its darker side. Singer/songwriter Helene Jaeger and producer Dylan Long pair dark electronic production with Jaeger’s atmospheric voice to create a dramatic and distinctive sound. Through exploring different equipment and techniques they’ve stumbled upon a winning formula, a unique sound with a nostalgic twist. With their debut album ‘The Hunting Room’ set for release on June 24th, and plenty of tour dates to follow, Her Royal Harness are certainly a band to keep an eye on. 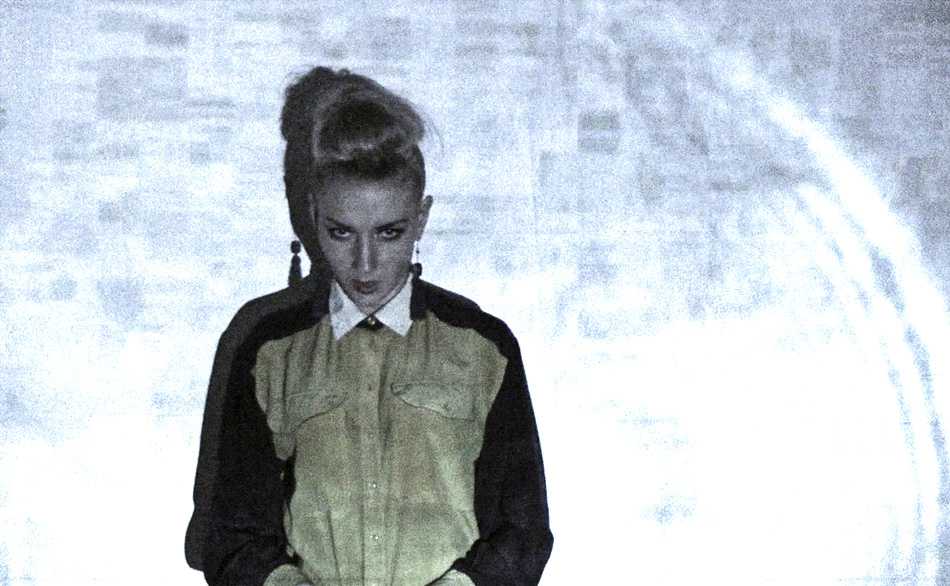 How did it all start? When Helene met Dylan…

Helene: I’d been searching for a real friend for a long time, someone who was as interested in music as I was. When I met Dylan, I was constantly surprised by how much we had in common, the books, films, music we loved. It’s hard to find people who fit together creatively. But it felt like it really clicked from the very beginning.

There’s a very dramatic 80s vibe to your music, who are your main influences?

Helene: We’re influenced by lots of different eras and genres, not just music but other things too, so I’d find it a bit unnatural to highlight one era in particular. Also, any given decade contains such a range of movements and styles, that it doesn’t really make sense to me to use them as a shorthand definition.
Dylan: It’s hard to narrow it down if you do talk specifically about the 80s, so many other decades influenced it musically as well, I think the Danceteria scene (a NYC club in the 80’s) with the variety of bands that played there was ridiculous. Also 99 records/factory records… punk clashing with Hip Hop… that’s all really inspiring. But the largest 80’s influence on this record by far I think is probably the equipment we used to mix it.

Why the album title ‘The Hunting Room’?

Helene: A room is an enclosed space, while hunting is a primal form of violent behaviour. When you put those two together, interesting things start to happen…

I love the album art for ‘The hunting room’ and ‘Unseen’ who took those shots?

Dylan: Thanks, I took those. It’s something we thought a lot about. We tried a few things but in the end it felt dishonest not to put Helene on the front considering how direct the songs are.

Your new video for ‘Blood + Fire’ has just come out, is that your first video? How was it? Did you enjoy filming it?

Helene: That was our first video, yes. We made it ourselves on a shoestring budget, which involved filming outdoors on a mountain in Bergen, Norway below zero degrees. I feel bad now, because I might have complained a bit during filming – I was constantly stuffing biscuits in my mouth, taking swigs of whiskey from a hip flask to stay warm. I was pleased with how it came out though.

What can we expect from your live show?

Dylan: We get physical and strip the songs down, make things visceral. We play drum machines, synthesizers, guitars and drum pads, but we don’t just push buttons. We try to approach things from a different perspective – in our opinion, listening to a record and experiencing a band live should be two very different things.

What have you got planned for the rest of 2013 and beyond?

Dylan: Play live as much as possible, make some more videos, and we also have a lot of songs ready for our second record which we’re keen to get started on.

Debut single Unseen out now, which features on their debut album, ‘The Hunting Room’ out June 24th 2013